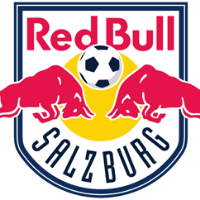 Thank you for following the broadcast of the match between Salzburg and Bayern Munich with VAVEL.COM
4:55 PMa month ago

With more than 18 direct shots to the frame, Bayern took the win on the final stretch 6-2 to Salzburg that remains unbeaten
4:54 PMa month ago

Lucas Hernandez with the power shot for the 6-1

Lewandowski finishes off the second post and makes the fifth

Mwepu is cautioned
4:42 PMa month ago

Lewandowski free throw that is deflected by the barrier
4:36 PMa month ago

Enter Onguéné and it was all for Berisha

Okafore was undecided and preferred the shot to the goalkeeper's hands
4:29 PMa month ago

Okugawa with the very easy shot to the hands of Neuer
4:28 PMa month ago

Gnabry is thrown in the area and warned
4:26 PMa month ago

Newcomer Okuwaga takes the crossover shot for the 2-2

Koman power shot that hits the crossbar
4:21 PMa month ago

Gnabry with the counter-attack that defined with power, but Stankovic takes his hand and deflects the ball
4:18 PMa month ago

Gnabry shot and great save by Stankovic
4:13 PMa month ago

Muller's free shot that stays on the barrier
4:12 PMa month ago

Missing the area boundaries and Camera is cautioned
4:11 PMa month ago

Berisha could not take the shot inside the area in view of the good defensive marking
4:06 PMa month ago

Mwepu with the shot and Neuer with the big hand to save his goal
4:04 PMa month ago

Second half starts between Bayern and Salzburg
3:51 PMa month ago

Junozovic lies on the field and stops the actions of the game
3:42 PMa month ago

The home team squeezes, but so far their services do not generate danger
3:37 PMa month ago

Lewandowski didn't want to give it up and hit it with power, the ball went slightly over
3:37 PMa month ago

Center that Koita commanded, but the defense rejects at first sight
3:35 PMa month ago

Lewandowski was not encouraged with the Chilean inside the area and in the end committed infraction
3:29 PMa month ago

Boateng header that goes off course
3:27 PMa month ago

Pavard is cautioned and Salzburg will have a direct free kick
3:22 PMa month ago

Muller is knocked down in the area and there is a penalty in favor of Bayern
3:21 PMa month ago

Tolisso's shot that the defensive covered with some problems
3:18 PMa month ago

Goal of Gnabry that is cancelled out of place. Bayern threatens a draw
3:14 PMa month ago

VAR checks the play and says there is no foul
3:12 PMa month ago

Penalty kick for Bayern after Lucas Hernandez is knocked down in the area
3:11 PMa month ago

Muller's cut and shot that on the line the defense saves when the goal had nothing to do
3:11 PMa month ago

Lewandoswski is caught off-guard after he had missed a clear move
3:09 PMa month ago

Junozovic shot that goes over the goal
3:05 PMa month ago

Salzburg's first attempt, but Bayern's defensive line is in command of a corner
3:01 PMa month ago

The game begins
2:57 PMa month ago

The players are on the court and the Champions League hymn is heard
2:56 PMa month ago

Everything is ready at the Red Bull Arena to live the Salzburg vs Bayern
2:52 PMa month ago

This is how the group is going

With Atlético's draw, this is how the group goes when this game starts

Sule today is not going to start and his place in the defense is taken by Boateng
2:40 PMa month ago

This is how they heat up

The Bayern jumped to the field to warm up, noting that it will have its best eleven on the ground

Mexican Hector Herrera's Atletico de Madrid is getting a 1-1 draw at Lokomotiv, a direct duel within the Champions Group A
2:31 PMa month ago

Due to the recent attacks in Austria, both teams will jump with a black bow on their uniform

With a punch line

Salzburg had no major problems last weekend to score 5-0 in the local league against WSG Tirol
2:21 PMa month ago

With a high morale

Bayern leads the Bundesliga and last Saturday they beat FC Koln 2-1 as visitors
2:13 PMa month ago

They are already in the field

Where are you following us from?

The European champion enters the scene to continue the winning streak. We start with the coverage
9:33 AMa month ago

Do not miss a detail of the match with the live updates and commentaries of VAVEL. Follow along with us all the details, commentaries, analysis and lineups for this RB Salzburg vs Bayern Múnich match.
9:28 AMa month ago

This will be the first time that the two squads meet in the Champions League. The last game was in 2014 during a friendly match, with the Austrians winning 3-0.
9:23 AMa month ago

The Polish Robert Lewandowski is still the soul of the attack and scoring goals everywhere, however, still in this edition has not been able to score a goal
9:13 AMa month ago

Hungarian Dominik Szoboszlai has been the best scorer since the direct elimination phase, as he has four goals.
9:08 AMa month ago

The referee for this match will be the Dutchman Danny Makkelie.
9:03 AMa month ago

Bayern: continue the inertia of victories

More than 15 wins in a row make Bayern the team to fear in Europe. Although they suffered from too much, on the last date they beat Lokomotiv Moscow 2-1.
8:48 AMa month ago

The Austrian team wants to surprise the competition and beat the current champion at home. Last day they came close to a good result, but lost 3-2 to Atletico Madrid.
8:43 AMa month ago

The RB Salzburg vs Bayern Múnich match will be played at the stadium Red Bull Arena, in Kleßheim. The kick-off is scheduled at 3pm ET.
8:38 AMa month ago

Welcome to VAVEL.com’s LIVE coverage of the 2020 Champions League match: Salzburg vs Bayern!

Real Madrid looking to finish strong vs Shakhtar 3 days ago