Thank you for following the broadcast of the final between León and Pumas and for having accompanied us throughout the Guard1anes 2020 tournament. See you next season.
11:50 PMa month ago

They receive their medal

At this moment all the players of the Lion receive their medal to lift the title.
11:44 PMa month ago 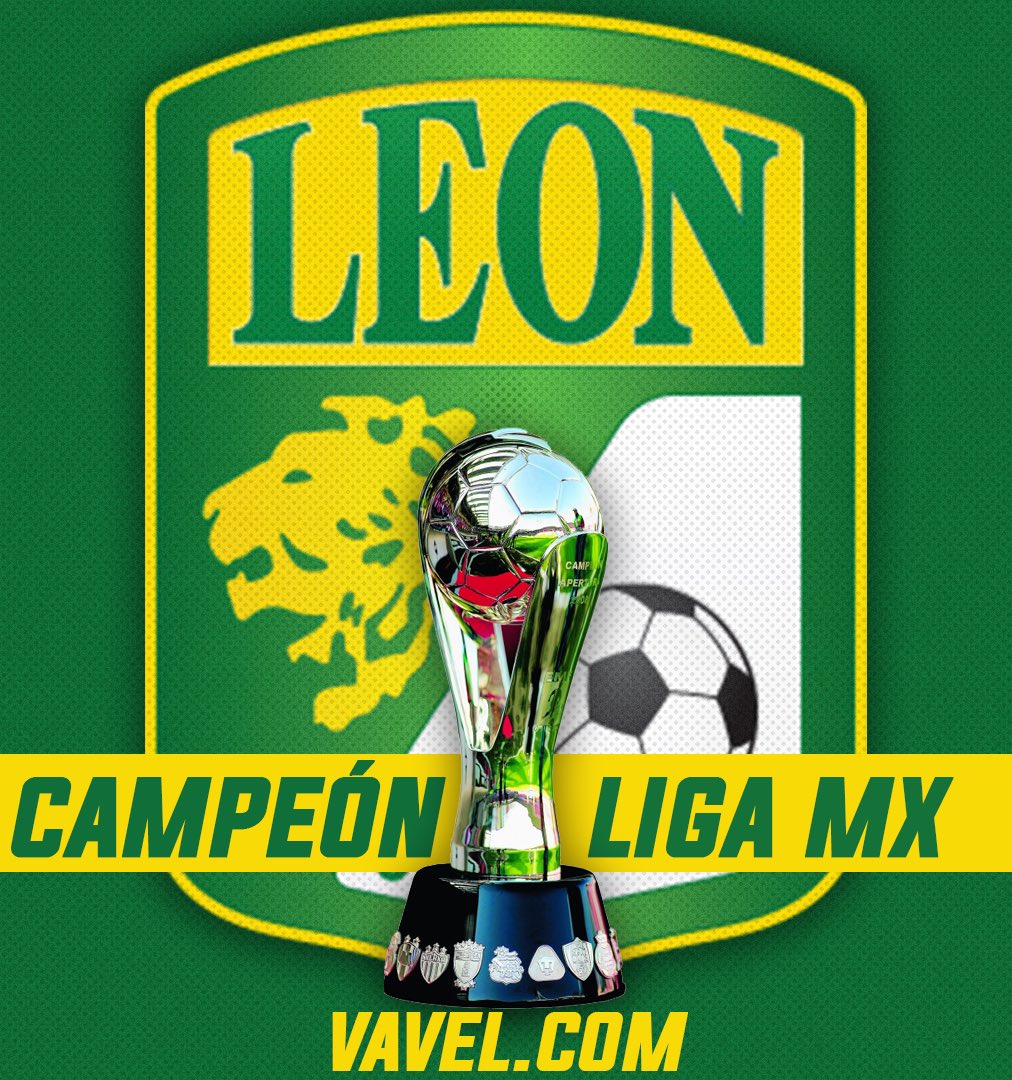 Congratulations from the MX League

The players from León celebrate the eighth star and, on the other hand, there are several players lying on the Pumas field lamenting the defeat.
11:35 PMa month ago

The overall leader is proclaimed champion after beating the Pumas of UNAM 2-0.

León controls the ball and is seconds away from being champion.
11:31 PMa month ago

Vigón with the half turn that the goalkeeper cuts off.
11:28 PMa month ago

Yairo Moreno makes the cut inside the area and takes the shot for the 2-0.

Lousy service by Mayorga and the ball comes out crying for the baseline.
11:21 PMa month ago

It was Meneses who came out, not Navarro, in a last-minute decision.
11:20 PMa month ago

Navarro and Campbell are leaving.

Changes in the León.

Centre of Mayorga that clears the defence of the Lion. Pumas have the ball, but it is still not deep.
11:15 PMa month ago

Now Aquinas puts the centre well past the second post which goes long.
11:12 PMa month ago

Gigliotti had it and his header goes wide, even though it had been sanctioned out of place.
11:11 PMa month ago

Shot in the centre of Meneses that goes off course and ends up in a goal kick.
11:09 PMa month ago

Iturbe goes down, wins the ball and is fouled. A goal cut the game in the last minutes.
11:07 PMa month ago

Alvarez fouls and the referee pardons him for the second yellow.
11:04 PMa month ago

Closed centre that Cota rejects and is fouled within the small area.
11:04 PMa month ago

After the revision of the VAR, the referee says that yellow is more than enough for Mosquera.
11:01 PMa month ago

Strong entrance and Mosquera is warned. Pumas will have direct free kick.
10:59 PMa month ago

Change of Pumas. Alvarez went in and Vazquez came out after the blow to the head.
10:58 PMa month ago

Strong head-on collision in the Leon area, where a penalty was previously claimed.
10:50 PMa month ago

Foul by Leon in the middle of the field, which was sanctioned by the referee because the counter-attack was in progress.
10:47 PMa month ago

Gigliotti shot that hits the net from the outside
10:47 PMa month ago

Good exit of Talavera when Campbell was already approaching for the hand to hand.
10:45 PMa month ago

Moment of the goal 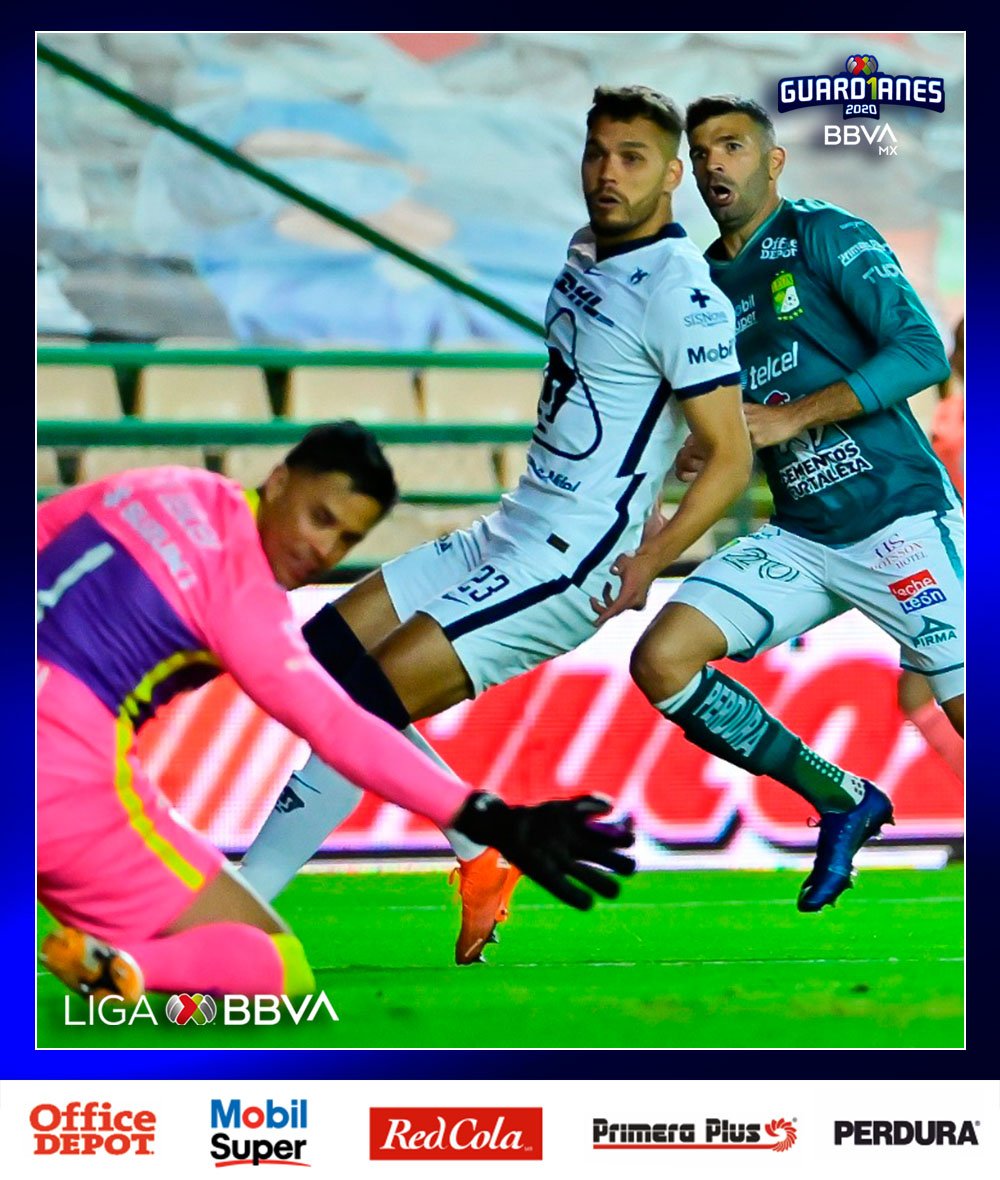 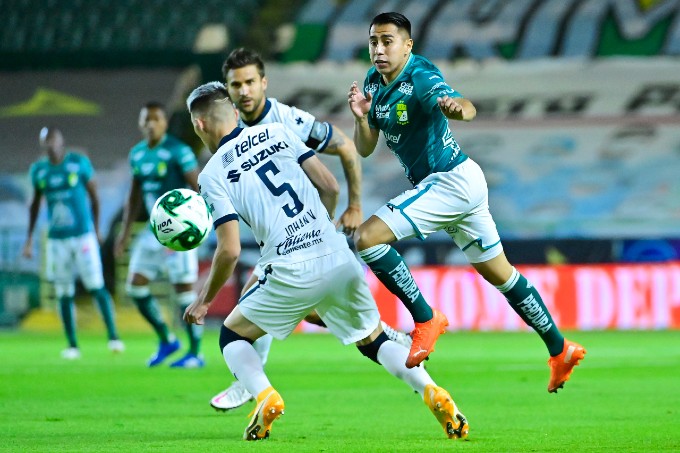 Tesillo combing ball that goes over the side.
10:25 PMa month ago

The game is very short at the moment.
10:22 PMa month ago

45 minutes have passed and three more will be added.
10:20 PMa month ago

Dinenno's header in the hands of Rodolfo Cota.
10:20 PMa month ago

The centre passes through the whole area and Talavera flies in to take the ball out.
10:19 PMa month ago

Campbell is fouled and Leon has a direct free kick.
10:16 PMa month ago

Power shot by Gonzalez that rebounds Cota and ends in a corner shot.
10:16 PMa month ago

Centre of Pumas from the side on the right which is short at the first post.
10:13 PMa month ago

Left-handed Meneses hitting the net from the outside despite the flight of Talavera.
10:11 PMa month ago

Now Joel Campbell is lying in the field.
10:11 PMa month ago

Too long service from Navarro that ends up running away.
10:05 PMa month ago

Yellow card for Alan Mozo for strong entry on Meneses.
10:04 PMa month ago

Lopez service very easy in the hands of Cota.
10:03 PMa month ago

A counter-attack that León cannot define due to the good coverage of the university defence.
10:01 PMa month ago

Out of place of Fernando Navarro.
10:00 PMa month ago

The celebration of Gigliotti 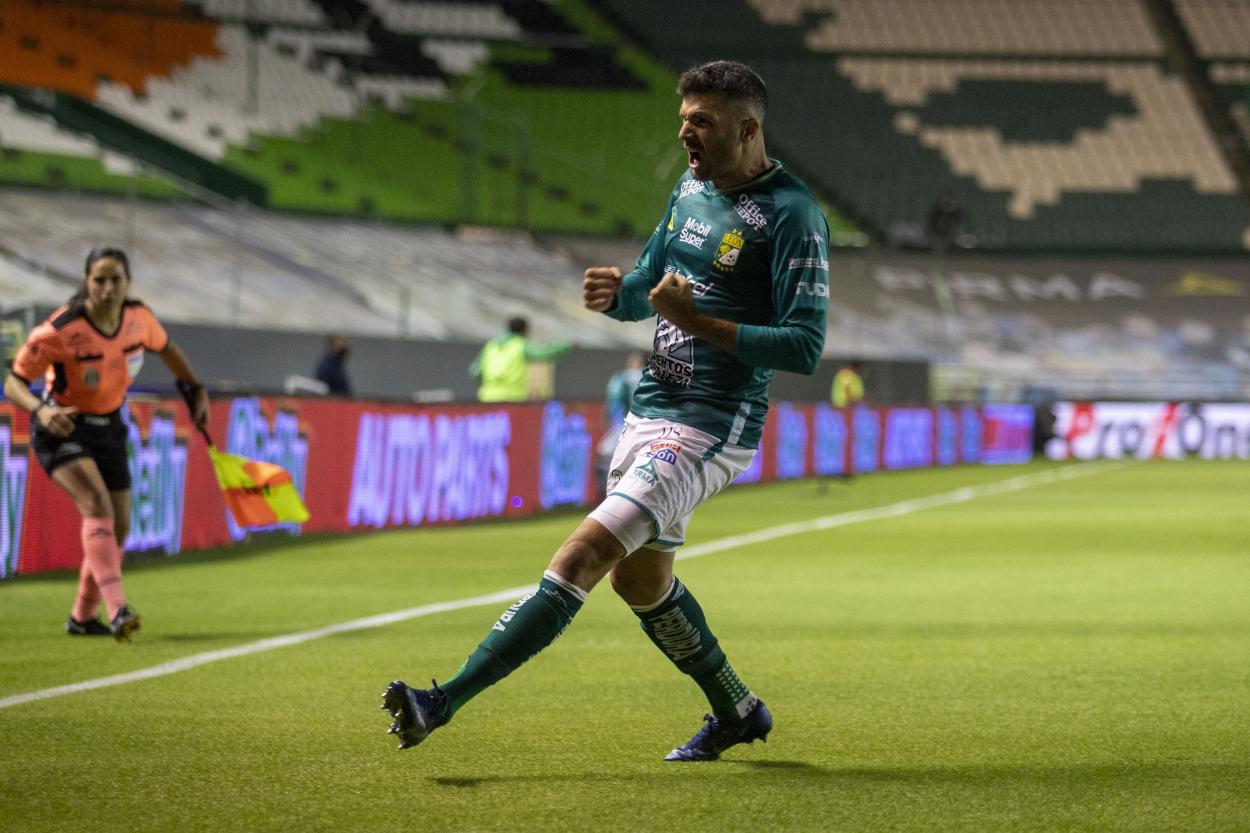 After the goal, little by little the Pumas have started to have more time with the ball, although they are still not dangerous.
9:56 PMa month ago

They asked for a penalty inside the León area over Vigón, but González's sweep was clean.
9:54 PMa month ago

Gigliotti turns around to tackle Talavera with some problems.
9:52 PMa month ago

Change of the Lion. Angel Mena can't take it anymore and leaves his place to the tico Joel Campbell.
9:50 PMa month ago

Vázquez's bad score and the fact that Talavera is going to attack the ball have meant that the León is already winning it 1-0.
9:49 PMa month ago

Gigliotti with the power shot that goes to Talavera for the 1-0.

Angel Mena has returned to the field to try to see if he can continue.
9:46 PMa month ago

Mena is lying in the countryside and the Lion's bench is already warming up.
9:44 PMa month ago

Lack of Carlos González in the lower sector of the León.
9:42 PMa month ago

Centre of the plane that rejects the defensive puma at the first post.
9:40 PMa month ago

The Leónhas been on the attack from the very first minutes.
9:39 PMa month ago

The great centre of Monti, but Gigliotti does not manage to finish off the second post.
9:38 PMa month ago

Quickly there is a foul on Meneses and Leon will have a direct free kick.
9:37 PMa month ago

The grand final between León and Pumas begins.
9:34 PMa month ago

We are seconds away from the start of the grand finale.
9:32 PMa month ago

The Mexican national anthem is sung, with both teams already on the pitch.
9:31 PMa month ago

At this moment a band plays the MX League anthem to remember the valuable tournament that has been played in the different branches of the league.
9:26 PMa month ago

Nacho Gonzalez will say goodbye to the courts this afternoon and wants to do it in a big way for a footballer, with a title. 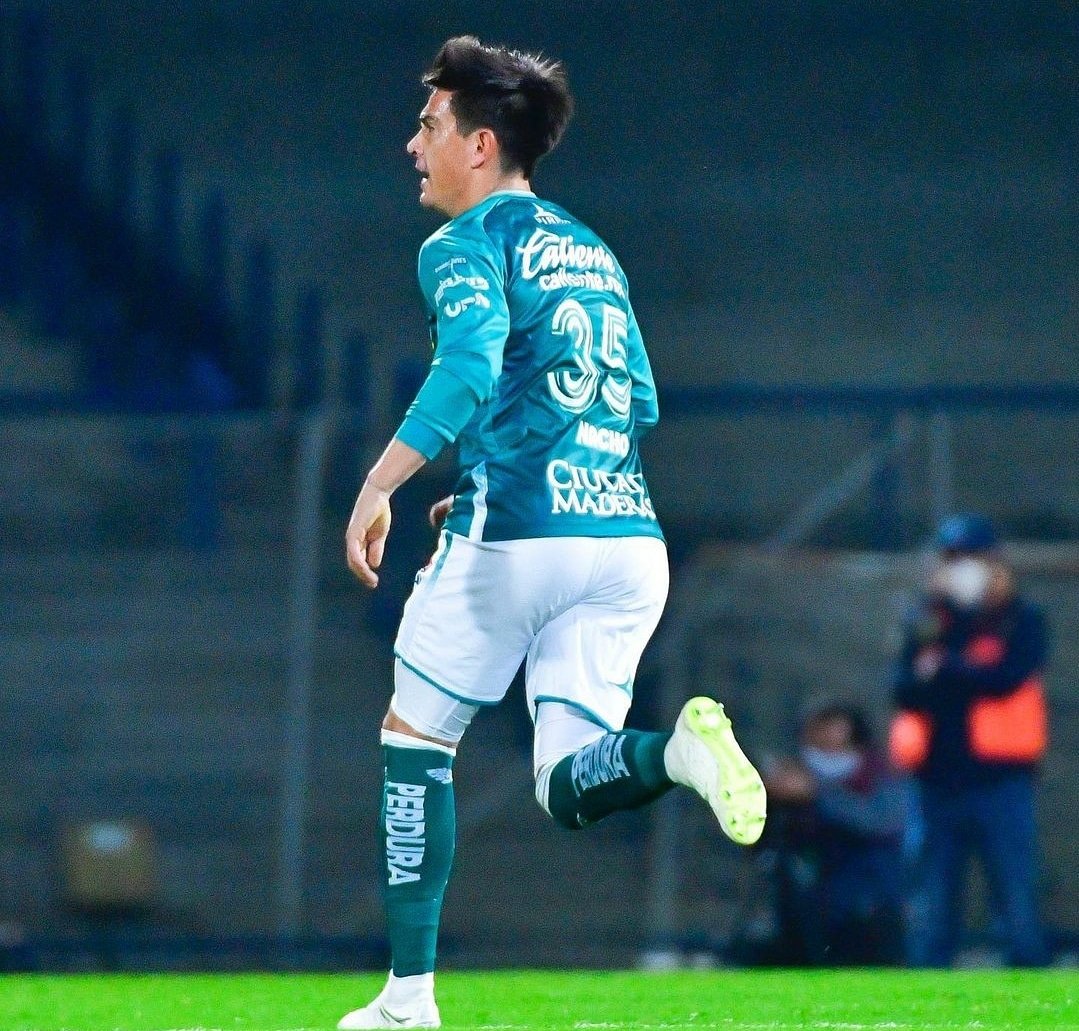 The Pumas want the title and this is the outfit they will bring out for tonight. 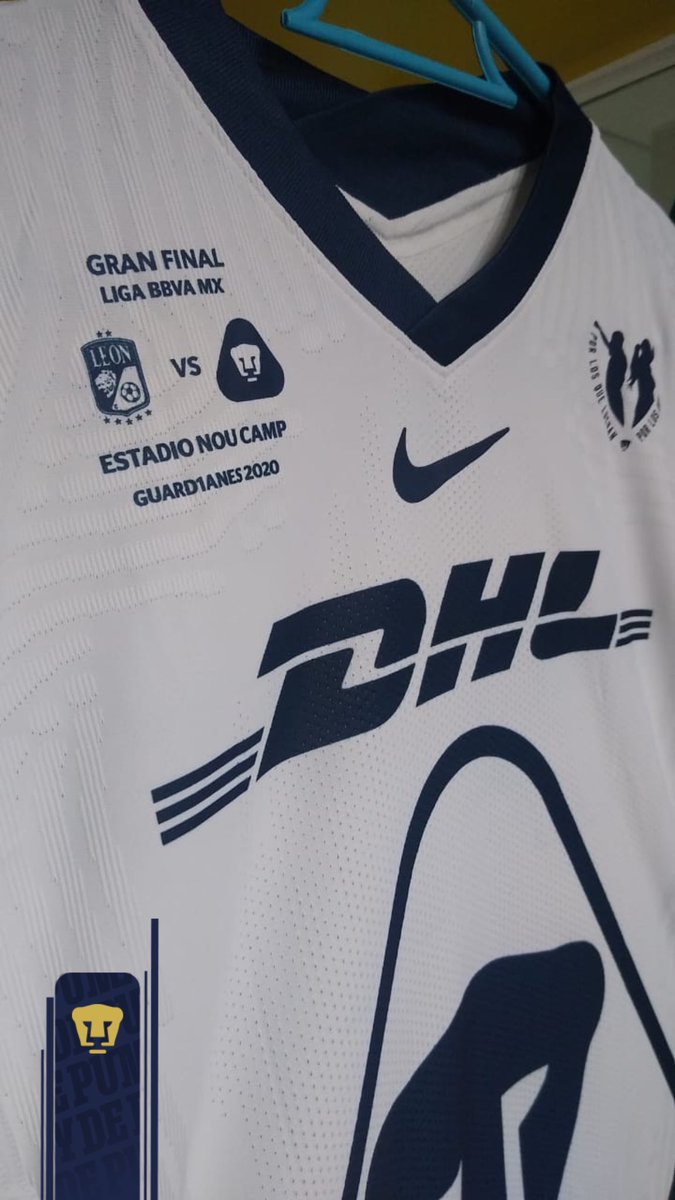 The Leon is finishing the last details of its warm-up to face the Pumas UNAM. 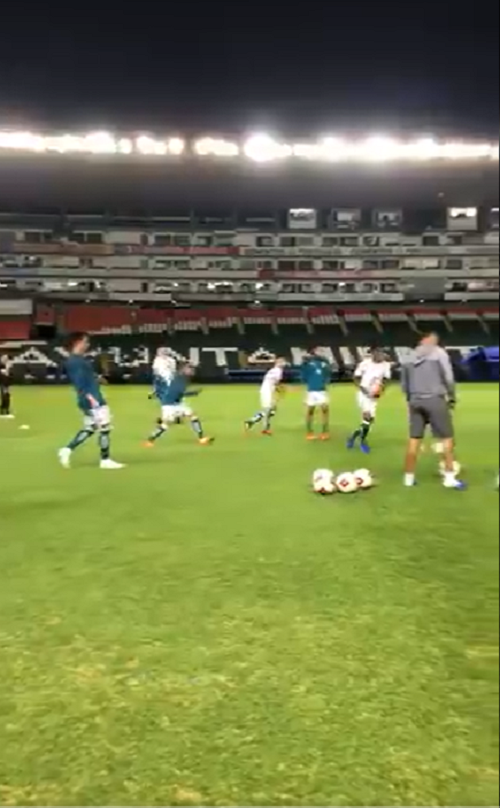 The Pumas have not lifted the title since 2011 when they beat the Monarcas Morelia with an outstanding performance by Javier Cortés.
9:11 PMa month ago

This is the trophy that is in dispute at the Guard1anes 2020 tournament. 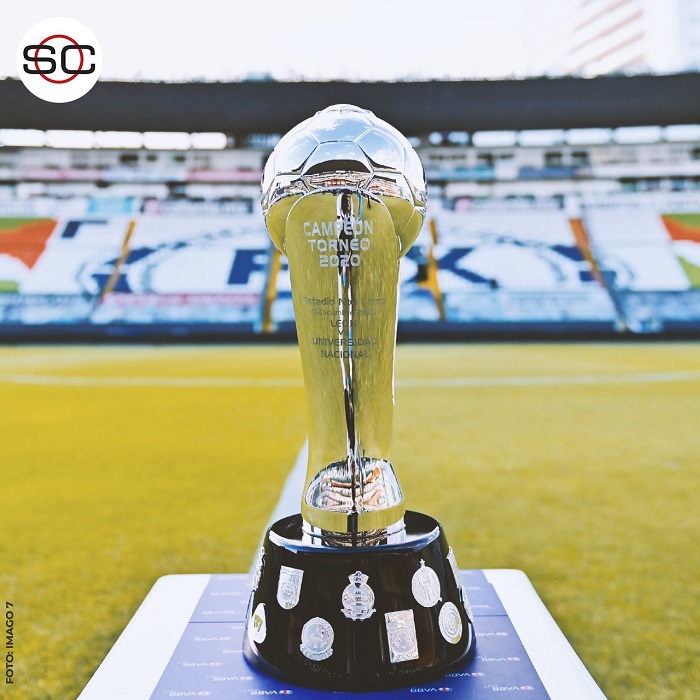 For the first title

Nacho Ambriz wants to make history and will be looking for his first title as an MX League coach. 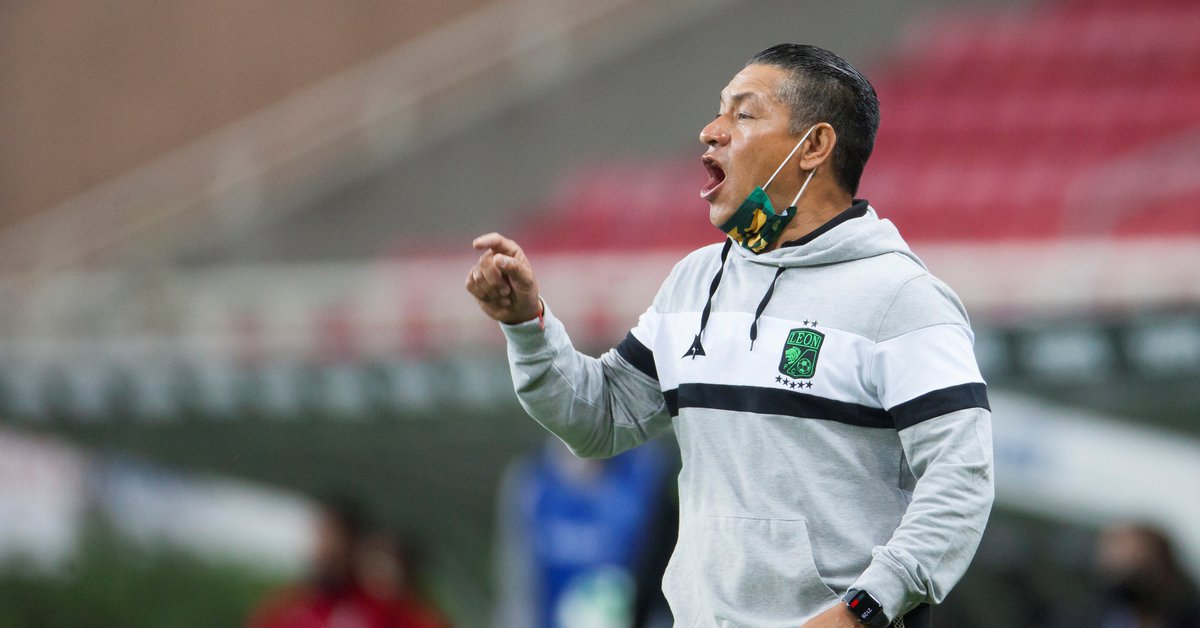 Talavera has recovered from his injury and is one hundred percent ready to return to the frame. Is it a good decision for Lillini to have seated González? 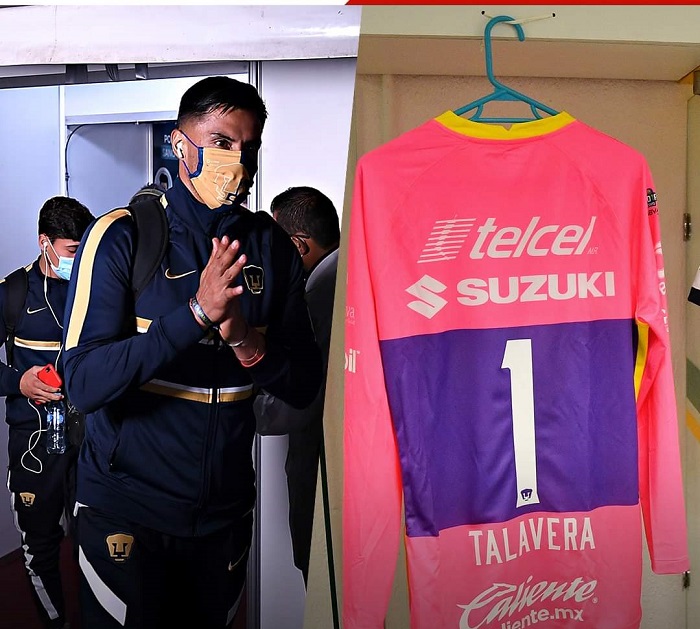 The author of the tie

Emmanuel Gigliotti was the man who gave the Lion a draw in the first leg, and tonight he will be on his way. 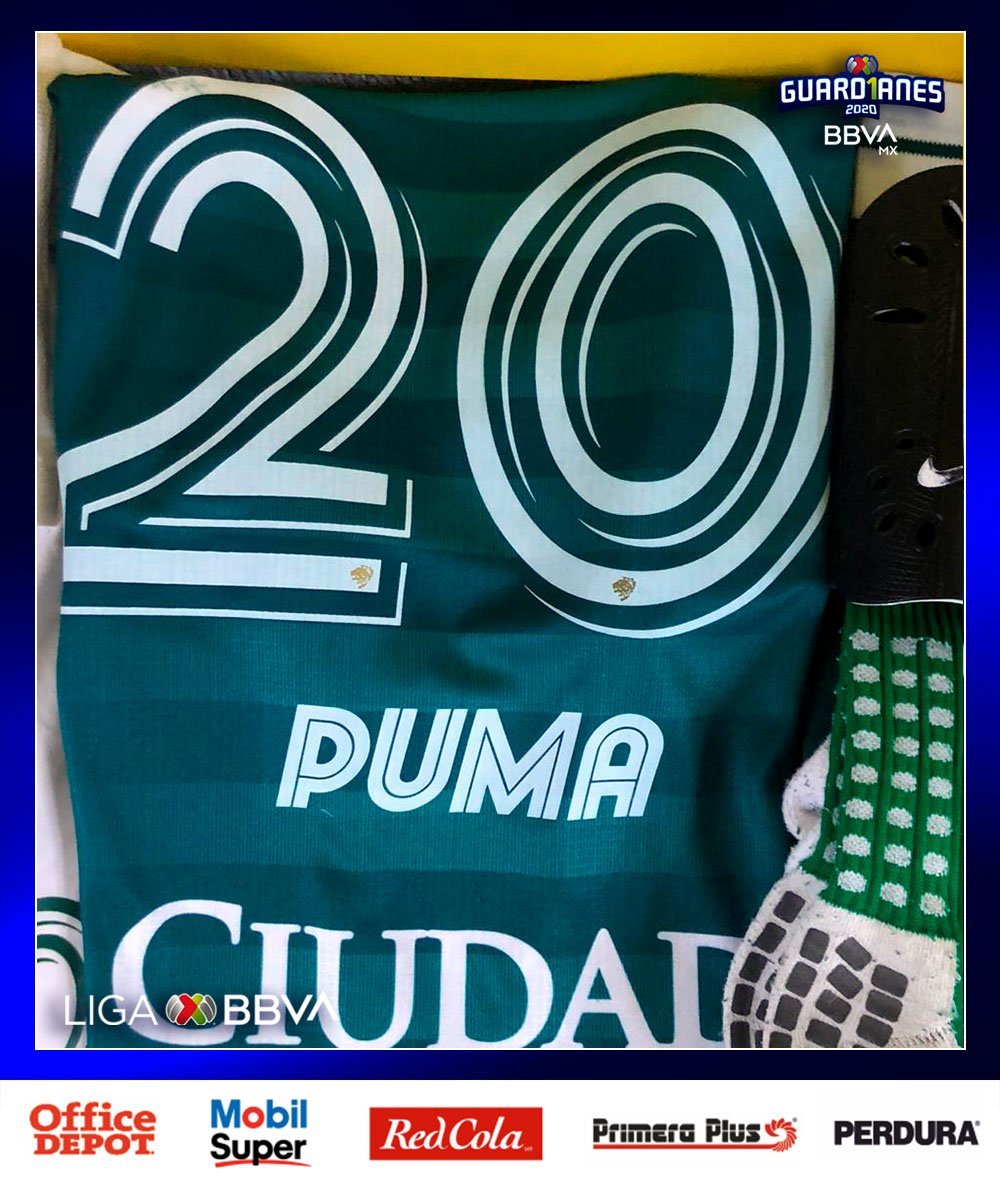 With the white uniform

The Pumas will jump into the field with the traditional white uniform and the puma in the middle. 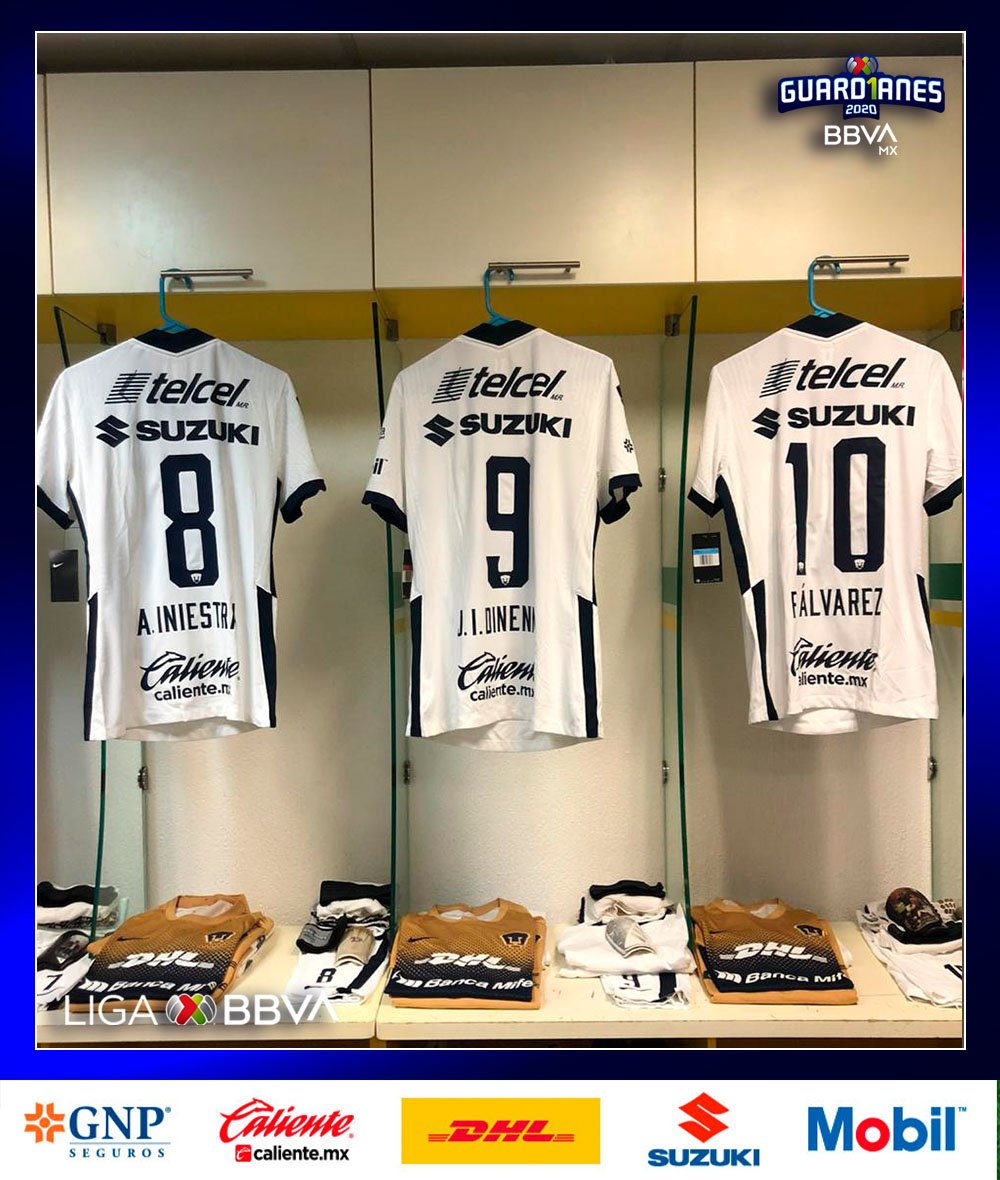 Seeking to crown themselves at home

For almost 30 years the Leon has not been crowned at home, now they will seek to break this curse. 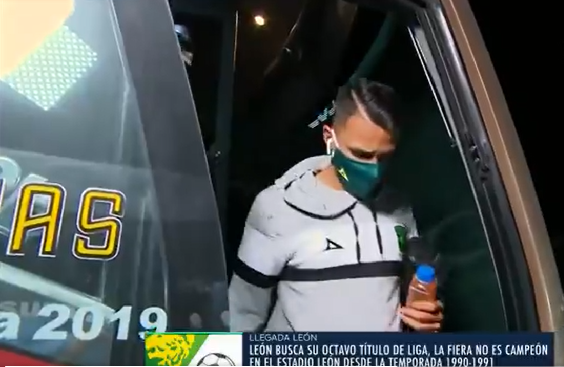 Two changes are commanded by Lillini: Talavera returns to the arch by González and Gutiérrez takes the place of the injured Iturbe.
8:42 PMa month ago

The changes at Ambriz

With Barreiro's departure, young Juan González is given his chance, and Gigliotti takes his place in the attack by Tico Campbell.
8:39 PMa month ago

At this point, Leon takes to the field to begin its warm-up phase prior to the return leg against the UNAM Pumas. 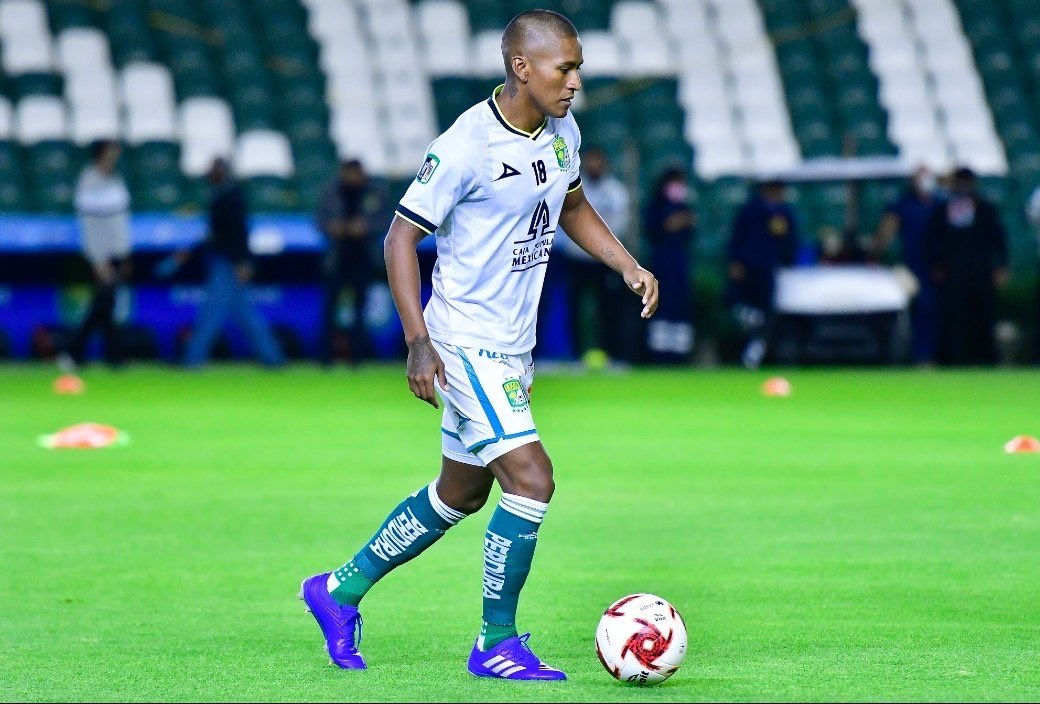 The team that wins tonight will take their eighth title and tie Cruz Azul, a club that is 23 years old without being a league champion. 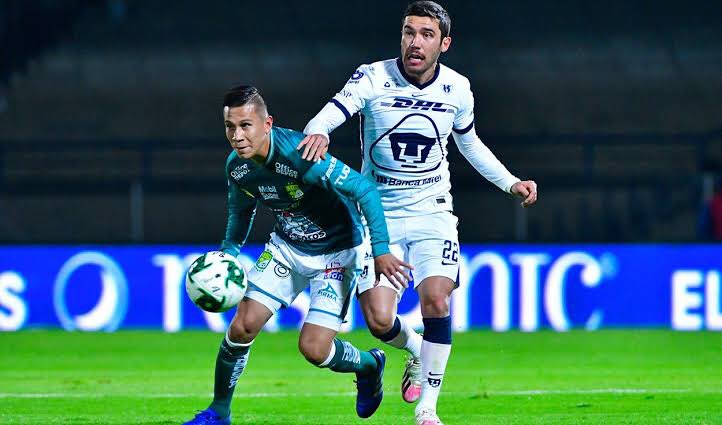 The people in charge of the grass check the last details because we are 1 hour away from the start of the Mexican football final. 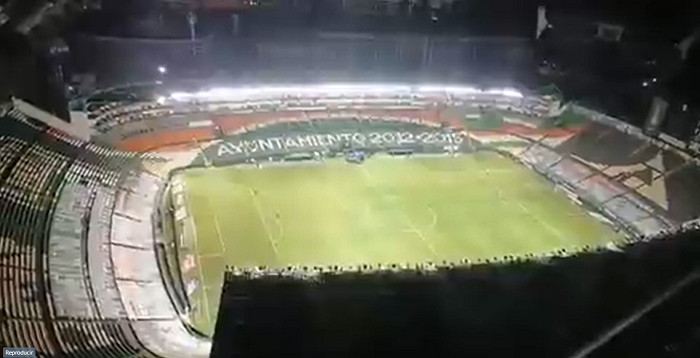 This is how the Pumas arrived

The Pumas arrived at the stadium, but the people waiting for them are from León, who are supporting their team with everything. 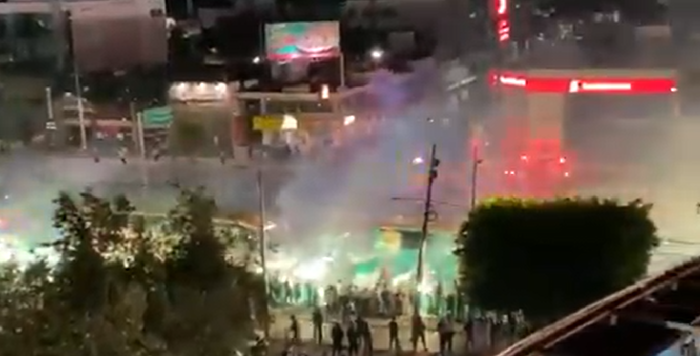 The Leon Stadium is in impeccable condition to host one more final in its history. 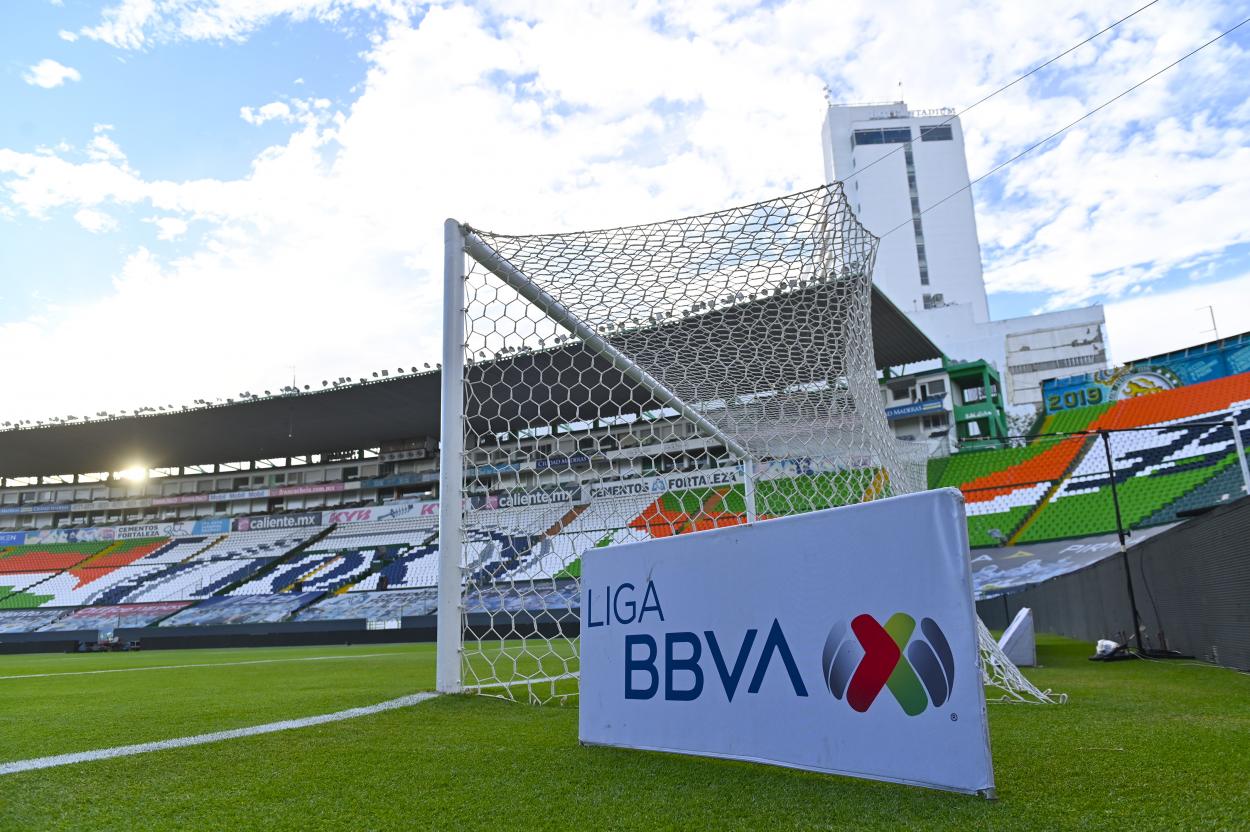 Little chance for a draw

León and Pumas have met eleven times since 2000 in Guanajuato where, curiously, they have not drawn, with the capital team having the advantage with a record of six wins for five draws (Pumas' information).
8:13 PMa month ago

Leon is in the house

The local team has just arrived at their home, lead by the magic maker Luis Montes.
7:50 PMa month ago

Less than 2 hours to go

The teams are about to arrive at the León Stadium. There is a great atmosphere in the city of Guanajuato, despite the Covid-19.
6:46 PMa month ago

Pumas and Leon are the only two teams that have managed to become back-to-back champions in short tournaments.

Today, one of the two will reach its eighth star.

Less than 3 hours to go

There are less than 3 hours left to define the new Liga MX champion in this Guard1anes 2020 tournament.
6:02 AMa month ago

Tune in here for Leon vs Pumas Live

Do not miss a detail of the match with the live updates and commentaries of VAVEL. Follow along with us all the details, commentaries, analysis and lineups for this Leon vs Pumas match.
5:57 AMa month ago

This is how the first game ended

Carlos Gonzalez had put the university team ahead in the 72nd minute, but Emmanuel Gigliotti in the 89th minute made it 1-1.
5:52 AMa month ago

How to watch Leon vs Pumas Live TV and Stream?

Two goals in the last two games make the Paraguayan Carlos Gonzalez the man of danger on the front line and he may be able to define a possible title. 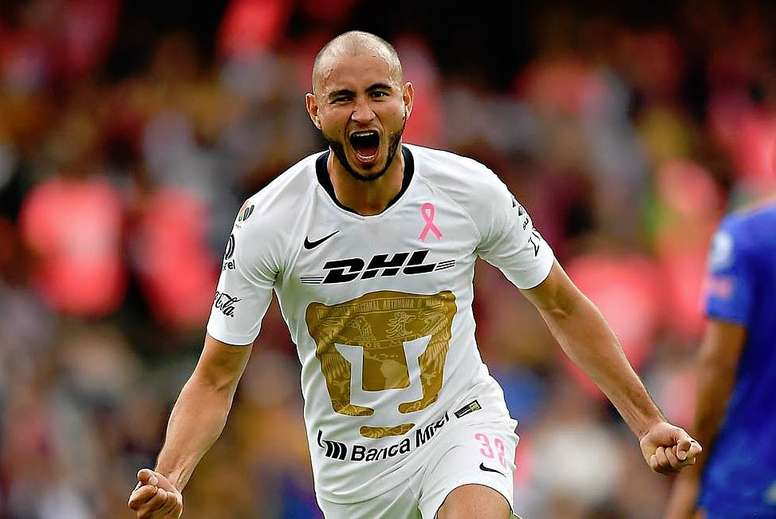 If the ball passes constantly through the feet of Luis Montes, a more skilful player with greater intelligence in midfield, the chances of winning the championship at home will increase. 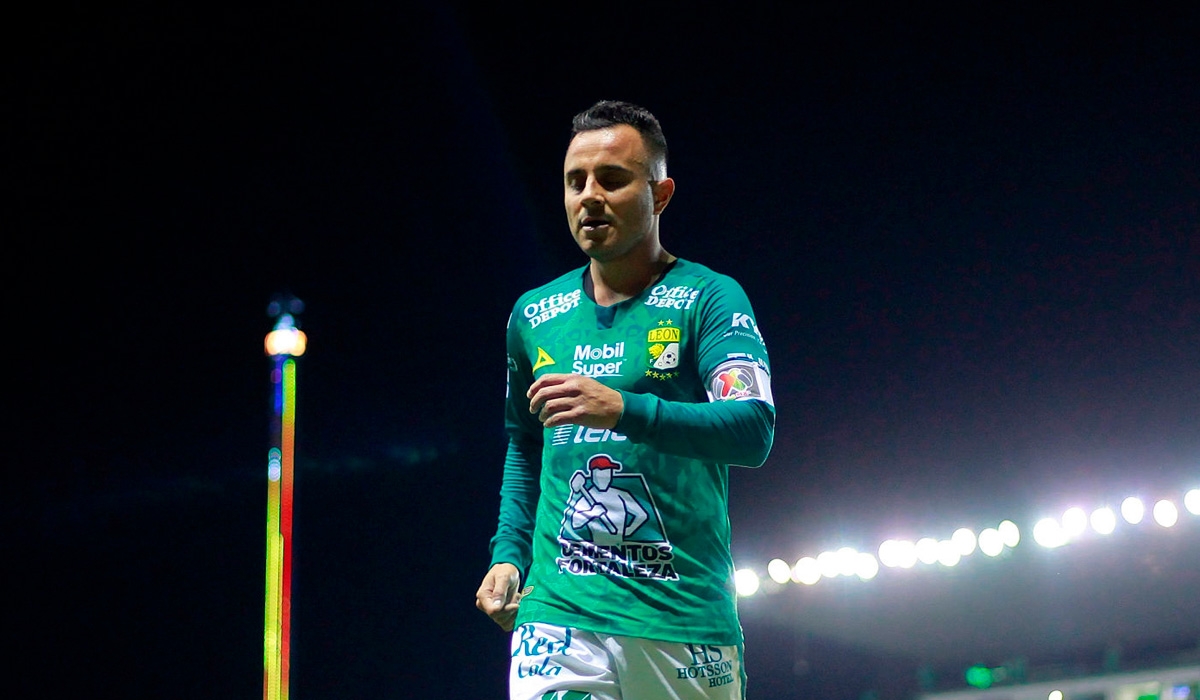 Referee for Leon vs Pumas

The referre of the Leon vs Pumas will be carried out by Jorge Antonio Perez Duran.
5:32 AMa month ago

Looking forward to the final

Andres Lillini had a radical change in his life as, from being the coach of the subsidiary, he now has the possibility of winning a title in the MX League. 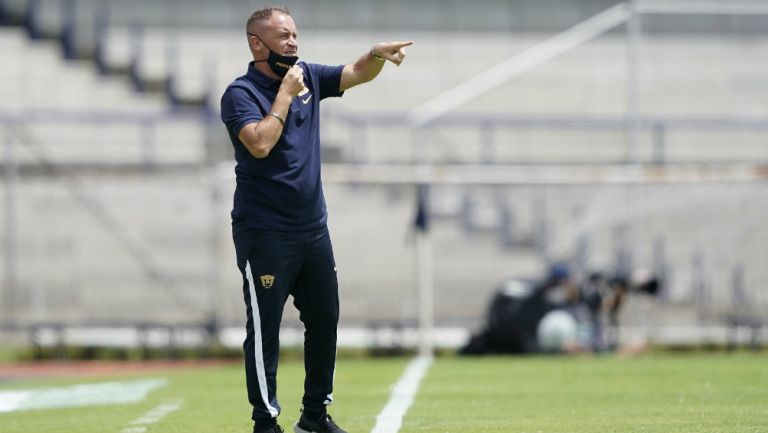 A title to have recognition

Despite his great work in recent years, Nacho Ambriz acknowledged that people evaluate him according to the number of championships he has won:

"If we are going for a title I would say that if it is still to be consolidated, but if we go to the work of the years where there are many good things, I would say that I am also happy. Unfortunately, in Mexico you are marked more by a title to know if you have earned the credit". 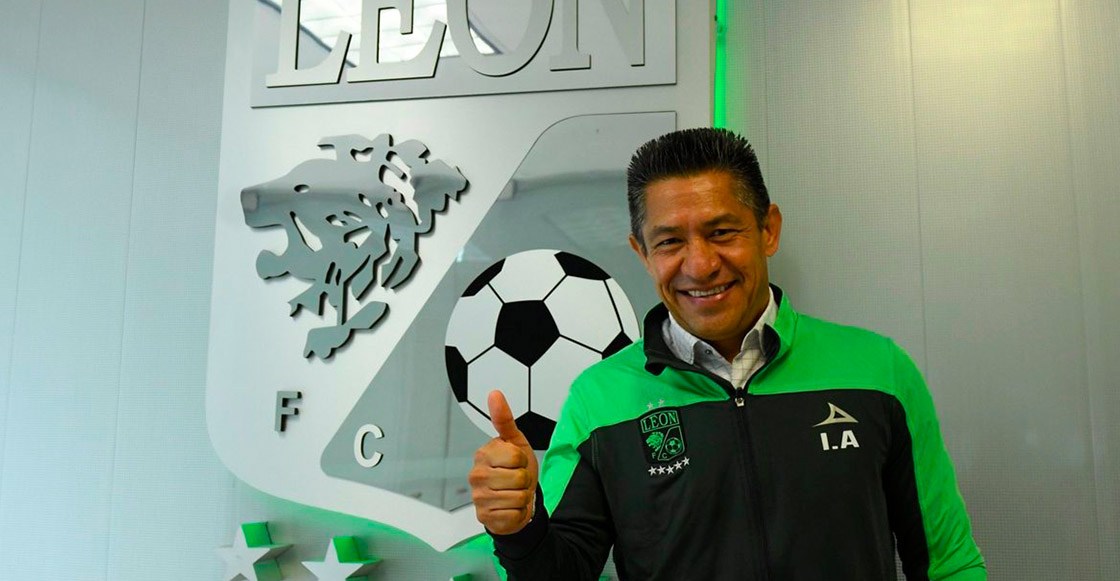 Pumas will have to make the most of the opportunities they have against the Cota team, just as they did in the second leg against Cruz Azul.
5:07 AMa month ago

Leon: having the ball

Leon has been characterized as a team that has the ball to be able to generate damage. In the first leg they didn't have that comfort, at home they expect to do again what they did all season.
5:02 AMa month ago

The Leon vs Pumas match will be played at the stadium Leon, in Guanajuato. The kick-off is scheduled at 9:30pm ET.
4:57 AMa month ago