Stay tuned to VAVEL for more results from your favorite sports and teams, we hope to see you on the next live broadcast.
1:38 AM9 months ago

Tigres is in the semifinals

The team from Nuevo Leon will face Honduras' Olimpia next Saturday to look for their ticket to the grand final.

This was the fourth goal of the match

Great driving and finishing by Aquino.

Aquino recovered the ball, gave way to Gignac who returned the pass and the Oaxacan cut back in the area to define with the right to the first post.

There's a goal in Orlando City!

Castellanos' shot that goes to Nahuel Guzman's position and ends up diverting it.
1:20 AM9 months ago

With this score it seems impossible for the New York team to come back and Tigres is practically in the semifinals.

Gignac entered the area alone but the Frenchman grew larger and ended up handing it over to Barraza.
1:16 AM9 months ago

Yellow card for Pizarro for a sweep with excessive force on Castellanos.
1:13 AM9 months ago

Change of Tigres: Fernandez and Carlos Salcedo leave, and Meza and Raymundo Fulgencio enter.
1:10 AM9 months ago

Yellow card for Medina after a discussion with Salcedo and Gignac.

He was later replaced by Parks, along with two other changes from New York City FC.

The ball was left to Quiñones, who made a series of feints on Matarrita and put a good service to the head of Carioca who defined the third of this night and fourth for the university students in the series.
1:02 AM9 months ago

Yellow card for Castellanos for dangerous play againts Rodriguez.
12:56 AM9 months ago

A move worth seeing a thousand times.

Incredible score by Leo Fernandez who defined with the heel after a great escape of Quiñonez.

The advantage is extended to 3-0 on aggregate for the "Tuca" team.

Tigres vs New York FC second half starts.
12:30 AM9 months ago

The first half ends:

It was a hard-fought game with many fouls in midfield, one more against Pierre Ginganc.
12:18 AM9 months ago

Yellow card for Steven for a strong foul on Pizarro.
12:17 AM9 months ago

This was Gignac's goal with which the Mexican team is already winning 2-0 on aggregate.

Gignac's head shot before an excellent service by Quiñones, who cut out two players and served with the right.
12:10 AM9 months ago

Powerful shot after some rebounds by Tajouri, but Nahuel captures the ball well.
12:08 AM9 months ago

Luis Quiñones got into the area easily after a throw-in charged by Rodríguez but the ball ended up being controlled by Barraza in two halves.
12:01 AM9 months ago

The New York players were making a good move that Acevedo left at Nahuel's feet.
11:53 PM9 months ago

Lack of Gignac on Callens, who end up getting words in the middle of the field.
11:46 PM9 months ago

Delayed pass that ends up cutting Hugo Ayala in the area.
11:43 PM9 months ago

Tigers begin to play the ball and the New Yorkers retreat into their area.
11:41 PM9 months ago

Luis Barraza will have to make his emergency debut in the face of the loss of the NYCFC starting goalkeeper to Covid-19.
11:14 PM9 months ago

They will remain in it until the end of the competition, and only those eliminated will be removed.

Who scored the goal in the first leg?

A curious fact is that the goal of advantage that the felines bring, was scored by Eduardo Vargas, who currently is no longer part of the team led by "Tuca" Ferreti.

The former Tigres forward is now part of Brazil's Serie A with Atletico Mineiro. 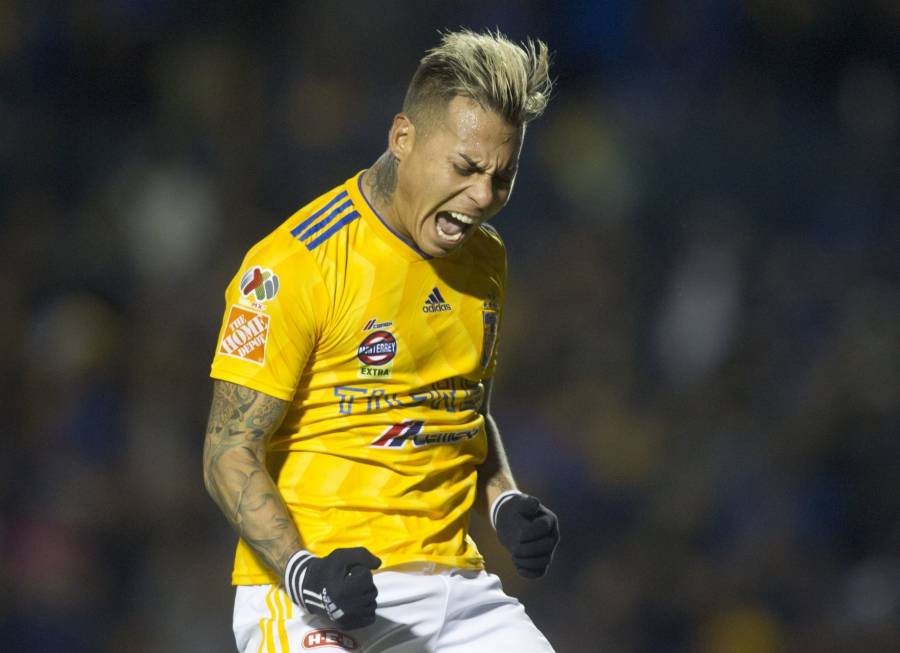 The players from New York arrived

The blue team is already in place to try and overturn a 1-0 score against the Tigers.

Will they achieve the feat?

The Tigers arrived yesterday afternoon at the Orlando, Florida facilities, where they will be encased to play the final of the competition.

In that place Pierre Gignac took a few moments to say hello and spend time with his compatriot, French soccer legend and current technical director of the Montreal Impact, Thierry Henry. 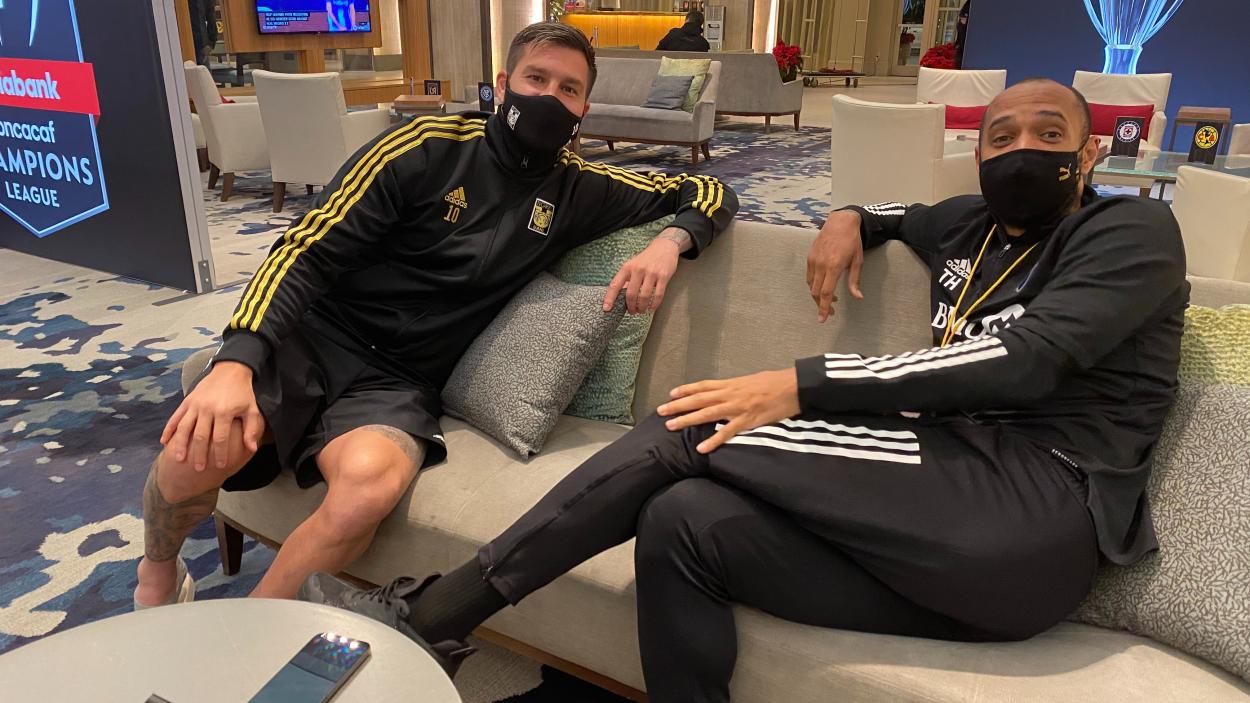 The championship that Tigres has not achieved

Despite being a vintage team in the Mexican League, the University players have come very close to winning the CONCACAF Champions League, but the furthest they have gone is to the final.

They lost against America in 2016, against Pachuca in 2017 and more recently against Monterrey in the regional classic that was the final in 2019.

We'll have the minute by minute of the Tigers vs. New York City FC game, in VAVEL.

Stay with us because the line-ups are coming up!

Do not miss a detail of the match with the live updates and commentaries of VAVEL. Follow along with us all the details, commentaries, analysis and lineups for this CONCACAF Champions League game: Tigres vs New York City FC.
9:53 PM9 months ago

How and where to watch Tigres vs New York FC

If you prefer to follow it LIVE on the Internet, VAVEL USA is your best option.

Last lineup of NYCFC in Concachampions

Last lineup of Tigres in Concachampions

Valentin Mariano Castellanos has had a great season and many goals for New York.

The 22 year old Argentinean footballer has achieved such a level that he is currently selected as the national team of his country in the under 23 category. 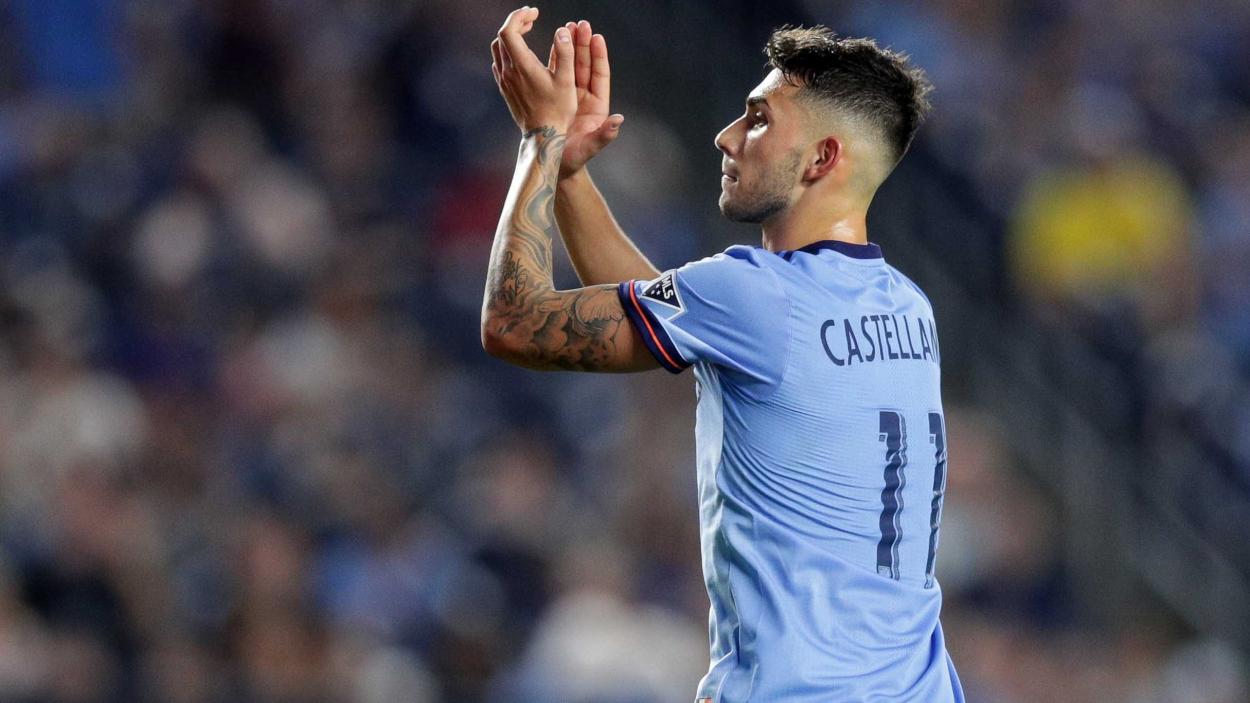 Once again the Mexican team will appeal to the offensive power offered by the French forward, Pierre Gignac.

He was the team's top scorer in Guard1anes 2020, and the second best in the season, just below Cruz Azul's Jonathan Rodriguez.

New York FC will try to come back

The picture seems complex, but because in the United States the locals are New Yorkers again, and although they come with a disadvantage on the scoreboard they could achieve the feat.

Once again it's on 👊 #SCCL2020 pic.twitter.com/C2TrLYbCzq

Tigres with the advantage

For the minimum, but those directed by "Tuca" Ferreti bring the advantage, that's why after nine months they will seek to close the series.

Changes to the rules

Due to the Covid-19 pandemic the tournament had to be adjusted, it will only be played in the United States.

The teams will play the second leg of the quarterfinals except for Cruz Azul vs Los Angeles FC, which will be one game away.

From the semifinals on, all of them will be to a single duel.

Finally, after a long time of expectation, the teams will be able to close the tournament that was paused since March.
3:08 PM9 months ago

The Tigres vs New York City match will be played at the Orlando City Stadium, in Orlando, Florida.

Welcome to VAVEL.com’s LIVE coverage of the CONCACAF 2020 match: Tigres vs New York City! My name is Salvador Espino and I’ll be your host for this game.

Chicago House AC vs Michigan Stars FC preview: How to watch, kick-off time, predicted lineups, and ones to watch 15 hours ago