Continue visiting the portal so you don't miss any detail of the most relevant national and international sport.
10:12 PMa month ago

With two goals from André Gignac and an auto-goal from Elvin Casildo, the UANL team defeated the Honduran, and advanced to its fourth Concachampions final.

Their rival will come out of the winning key between LA and America.

Menjívar again! The goalkeeper holds Salcedo's head in one hand.
9:51 PMa month ago

Menjívar! The Honduran goalkeeper holds on and contains Ayala's header.
9:51 PMa month ago

Gignac service that Elvin Casildo diverts and ends up scoring on his own door.
9:45 PMa month ago

It doesn't count! Nicolás López's score is cancelled for offside.
9:34 PMa month ago

Individual play by Raymundo Fulgencio that ends with a shot to the hands of Edrick Menjívar.
9:26 PMa month ago

André Gignac charges perfectly again, converts his double and increases the advantage of the Mexicans.
9:24 PMa month ago

New penalty for Tigres, now by a hand of Jorge Alvarez, who is said to have entered.
9:23 PMa month ago

Almost! Gignac's shot that passes just wide of the goal of Olimpia.
9:19 PMa month ago

The second half begins!
9:19 PMa month ago

That was Gignac's goal, with which Tigres is winning.

Andre Gignac takes the perfect penalty and beats Edrick Menjivar with a shot against the left post.
8:57 PMa month ago

Penalty for Tigers! Deybi Flores prevents Luis Quiñones from scoring after covering his shot with his hand and, moreover, he is expelled. Olimpia is left with ten elements.
8:53 PMa month ago

Heading by Guido Pizarro, passing by Leo Fernández, which Menjívar controls without any problem.
8:46 PMa month ago

Luis Rodriguez and Yustin Arboleda are cautioned for a couple of infractions.
8:32 PMa month ago

New free throw by Gignac that Mejívar controls without major problem with both hands.
8:31 PMa month ago

Maylon Nuñez takes the first preventive card of the game.
8:27 PMa month ago

Tigres is still in possession of the ball, but has not yet managed to generate much danger.
8:19 PMa month ago

The game stops for Edrick Menjivar to receive medical attention after suffering a small injury to his leg.
8:18 PMa month ago

New warning! Gignac's free throw that slightly opens up and just passes through one side of Olimpia's goal.
8:15 PMa month ago

Good shot by Leo Fernandez from outside the area that Edrick Menjivar rejects with his fists.
8:10 PMa month ago

Good coverage by Johnny Leverón to cover the powerful finish by André Gignac.
8:05 PMa month ago

Strong lack of Yustin Arboleda on Guido Pizarro that the whistle does not consider necessary to take the yellow card.
8:00 PMa month ago

At this point, both teams take the field.
7:50 PMa month ago

Tigres and Olimpia finalize details for the match, which will start in a few minutes 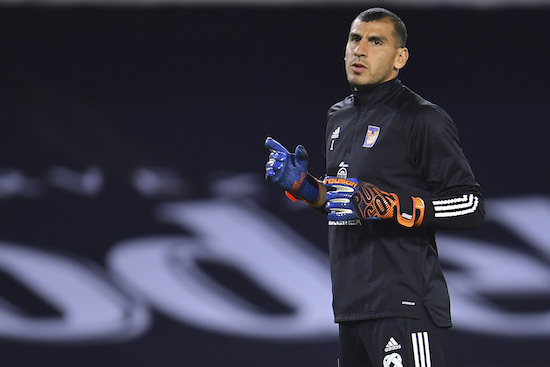 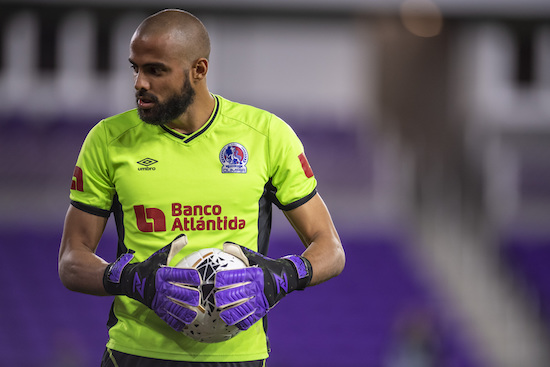 Similarly, the Olympia squad has already arrived at the stadium.

The Tigers ensemble is now in Orlando City

Do not miss a detail of the match with the live updates and commentaries of VAVEL. Follow along with us all the details, commentaries, analysis and lineups for this Tigres vs Olimpia match.
7:10 PMa month ago

How to watch Tigres vs OlimpiaLive TV and Stream

If you want to watch the game on TV, your options are: FOX Sports;

If you want to directly stream it: FOX Sports App.

This was their last training session on the way to tonight's game.

Facing today's match, Ricardo Ferretti and Guido Pizarro talked about the importance of going to the final

For his fifth final

Meanwhile, Olympia wants to continue making history and they are going for another final, the first one in the new format that changed more than a decade ago.

The Hondurans, who have twice been CONCACAF champions, left out Seattle Sounders and Montreal Impact, both MLS teams.

For its fourth final

The Tigers are going for their fourth Concachampions final, in which they now hope to be champions.

To reach this stage, they eliminated Alianza from El Salvador and New York City from MLS.

The Tigres vs Olimpia match will be played at the stadium Orlando City, in Florida, United States. The kick-off is scheduled at 8:00 pm ET.
6:30 PMa month ago

Welcome to VAVEL.com’s LIVE coverage of the 2020 Concachampions match: Tigres vs Olimpia!

My name is Alan Rodriguez Aviles and I’ll be your host for this game. We will provide you with pre-game analysis, roster updates, and news as it happens live here on VAVEL.