Thank you for following this match on VAVEL USA. Until the next time!
12:18 AMa month ago

Quiroga lets the tie go. An assist from De la Rosa in the center of the box, but Mauro Quiroga misses and his shot goes over the top of the goal. Cruz Azul are saved.
11:52 PMa month ago

CORONA! Once again the Cruz Azul goalkeeper saves his team after Mauro Quiroga's goal-bound shot. Chuy Corona is already a factor in this match.
11:41 PMa month ago

Quiroga headed and Rivero deflected the ball with his head on the line to prevent Pachuca's goal.
11:38 PMa month ago

Cruz Azul misses the second goal! Alvarado had a great opportunity to increase the lead in a play inside the area, but Ustari made an excellent save to prevent the goal.
11:37 PMa month ago

After checking the VAR, the referee decides not to award a penalty kick in favor of Cruz Azul.
11:26 PMa month ago

The referee goes to the VAR to check the penalty foul.
11:26 PMa month ago

Penalty kick in favor of Cruz Azul after a foul on Aldrete.
11:22 PMa month ago

PACHUCA COMES CLOSE! Quiroga looks for a good ball inside the area. Adrián Aldrete gets in his way and prevents the Argentine striker from getting a shot off.
11:16 PMa month ago

Erick Sanchez kicks from outside the area. The shot ends up going wide of the goal defended by Corona.
11:08 PMa month ago

Felipe Pardo runs down the flank and kick a powerful shot that Corona deflects. Pachuca closer to the goal.
10:38 PMa month ago

Cruz Azul complains about a penalty on Orbelín Pineda, the VAR checks the play but the match is restarted on a throw-in.
10:33 PMa month ago

First half hour of the match and Pachuca has reached Cruz Azul's area more.
10:31 PMa month ago

Yellow card for Jaiber Jimenez after a foul on Erick Sanchez.
10:19 PMa month ago

Yellow card for Rivero after a foul on Felipe Pardo.
10:14 PMa month ago

Center to the area and a header that goes just wide of the left post of Corona's goal. Pachuca came close to the first goal.
10:09 PMa month ago

Erick Aguirre's cross looked for Mauro Quiroga's shot inside the area, but he failed to connect and the ball went wide.
10:07 PMa month ago

Ustari's hasty exit after pressure from the Cruz Azul offense. He was almost robbed of the ball.
10:01 PMa month ago

The match has started!
9:59 PMa month ago

The teams are on the field doing warm-up exercises. 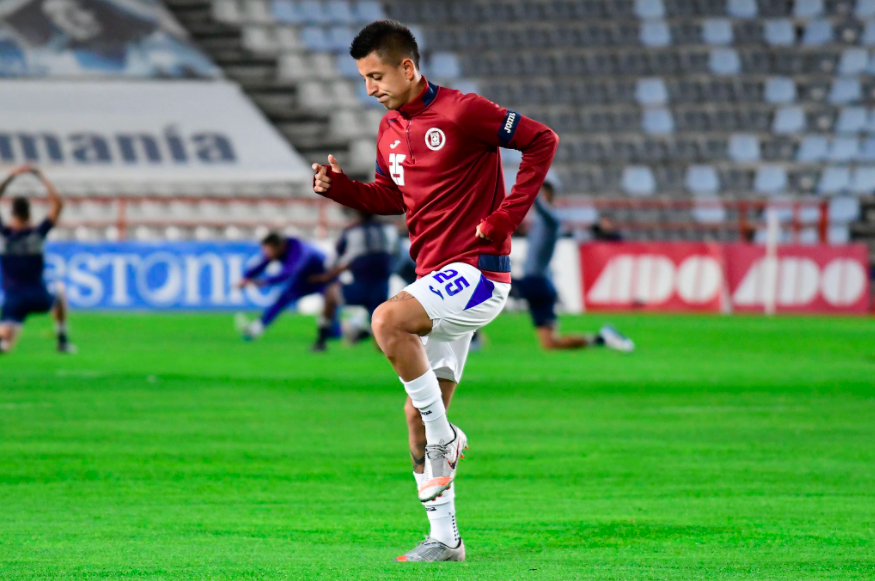 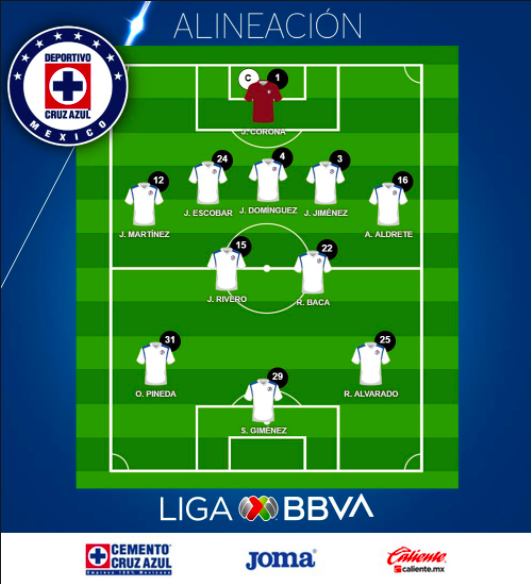 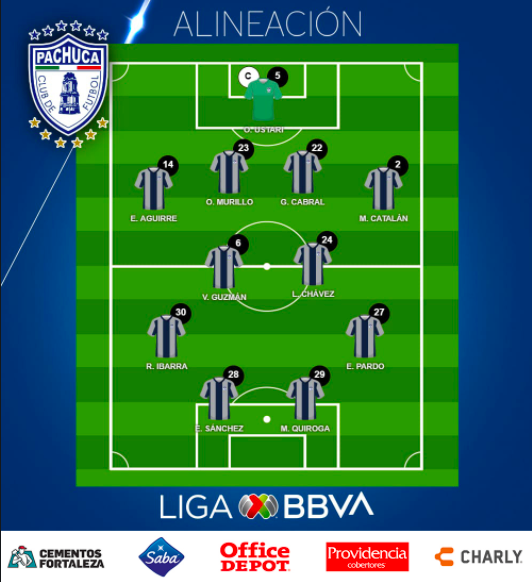 For this match, Juan Reynoso had to call on elements from the youth team due to the absences he will have tonight. Fabian Partida, Cristopher Benitez and Luis Perez could have minutes in this match.
9:18 PMa month ago

The visitors have arrived

With the corresponding hygiene protocols, Cruz Azul has arrived at the Pachuca stadium.
9:13 PMa month ago

In the most recent match between these two teams, Cruz Azul won 1-0. However, La Máquina has not won at the Stadium Hidalgo since the Apertura 2015.
9:07 PMa month ago

The Miguel Hidalgo Stadium will host this match between Pachuca and Cruz Azul. Inaugurated on February 14, 1993, it has a capacity for just over 30,000 spectators.
1:30 PMa month ago

Do not miss a detail of the match with the live updates and commentaries of VAVEL. Follow along with us all the details, commentaries, analysis and lineups for this Pachuca vs Cruz Azul match.
1:25 PMa month ago

How to watch Pachuca vs Cruz Azul Live TV and Stream

Santiago Gimenez: Without Pablo Aguilar, Luis Romo, Bryan Angulo and Jonathan Rodriguez, the responsibility for goals will fall on this striker. Cruz Azul needs goals and Santi Gimenez has already shown his quality.
1:15 PMa month ago

Victor Guzman: This attacking midfielder was quite participative in the last game against Leon. His speed and intelligence to assist and kick outside the area can be a danger for Cruz Azul.
1:10 PMa month ago

To get out of the bottom of the table

'La Maquina' arrives with the obligation to achieve the first victory of the tournament as they are the only team (as well as Atlas) that hasn't been able to score a single point in the Guard1anes 2021. Juan Reynoso knows that his team must improve quickly and get out of the crisis of their elimination in the last tournament. Cruz Azul is at the bottom of the table with Atlas after two defeats (Santos and Puebla).
12:50 PMa month ago

Tuzos have had an insipid start to the Guard1anes 2021. For this semester, there were few teams that decided to reinforce, but Pachuca was one of them that opted to integrate three players into their ranks. However, Pezzolano is beginning to feel pressure because his team hasn't been good in goal since last year's tournament. The Tuzos have two points in this Guard1anes 2021 as a result of two draws (Juárez and Leon). In their most recent match, they drew 0-0 against the Leon.
12:45 PMa month ago

The Pachuca vs Cruz Azul match will be played at the stadium Miguel Hidalgo, in Pachuca, Mexico. The kick-off is scheduled at 10:00pm ET.
12:40 PMa month ago

Welcome to VAVEL.com’s LIVE coverage of the 2021 Liga MX: Pachuca vs Cruz Azul!