Thank you for following the UEFA Champions League game between Leipzig and Liverpool. See you next time.
5:53 PM8 months ago

Liverpool will return home with a two-goal advantage, so if Leipzig want to advance they will have to win 2-0 to force extra time or from 3-0 to think about the quarter-finals.
5:52 PM8 months ago

Chan missed it by pecking it in the one-on-one from the side.
5:49 PM8 months ago

Liverpool change. Salah comes off and Williams comes on.
5:46 PM8 months ago

Liverpool controlled the action to take care of the two-goal advantage.
5:39 PM8 months ago

Henderson is cautioned.
5:37 PM8 months ago

Argeliño had the chance to score, but his left-footed shot at the far post was wide of the post.
5:37 PM8 months ago

Thiago left and Chamberlain came on for Liverpool.
5:29 PM8 months ago

Salah's cross that Mané fails to make a good reception inside the box and the ball goes wide.
5:27 PM8 months ago

Kabak is cautioned for Liverpool.
5:23 PM8 months ago

In: Poulsen and Orban

The defender slips and Mané goes all the way into the box to cross for 2-0.

A mistake at the start that Salah takes advantage of and makes it 1-0.

Nkunku with a one-on-one that Alisson manages to save.
5:03 PM8 months ago

Second half begins
4:47 PM8 months ago

Sadio Mané tries to break down the flank, but ends up losing it and it will be a goal kick.
4:46 PM8 months ago

Dani Olmos jumps before and his header goes wide of the goal.
4:37 PM8 months ago

Goal disallowed for Liverpool after Mané's pass and Firmino's finish, due to the ball going out of bounds.
4:32 PM8 months ago

Robertson sees the keeper out and takes a long-range shot that hits the outside of the net. Liverpool close.
4:28 PM8 months ago

Firmino's half back inside the box goes wide.
4:24 PM8 months ago

Mané won the position inside the six-yard box, but his header went over the top of the goal.
4:22 PM8 months ago

The ball is in Liverpool's hands, although dangerous moves have yet to be made.
4:18 PM8 months ago

Angeliño's volley shot is off target.
4:17 PM8 months ago

Sabitzer's long-range shot is saved by Alisson without any major problems.
4:15 PM8 months ago

Salah failed to take advantage of the pass when one-on-one with the goalkeeper's intervention.
4:11 PM8 months ago

Firmino's weak header from a corner is denied by the defense.
4:05 PM8 months ago

First foul of the match and it was on Sabitzer in the midfield.
4:00 PM8 months ago

The teams are already on the field at the opening whistle.
3:55 PM8 months ago

We are minutes away from the start of the clash between Leipzig and Liverpool. Stay tuned for all the details of the game.
3:50 PM8 months ago 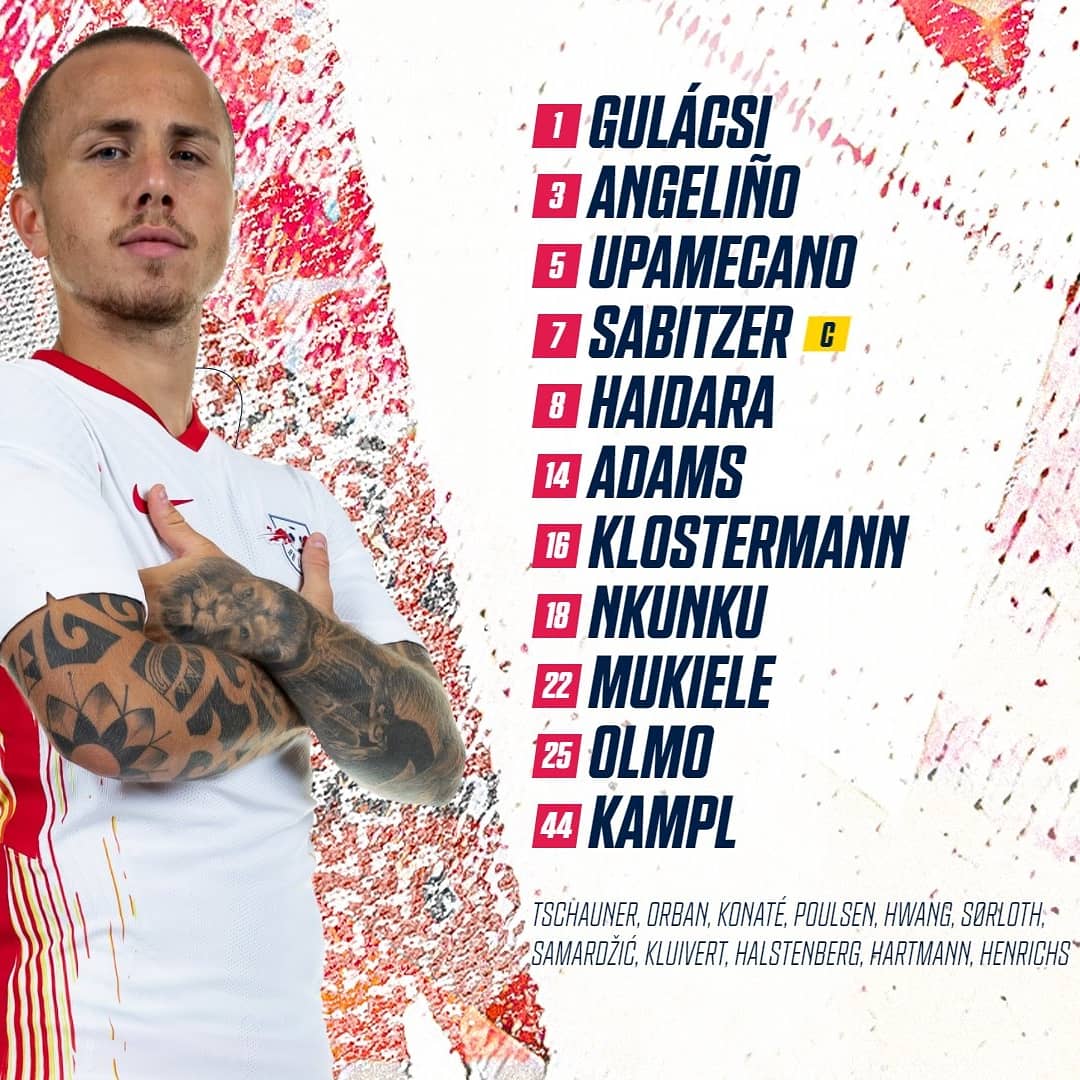 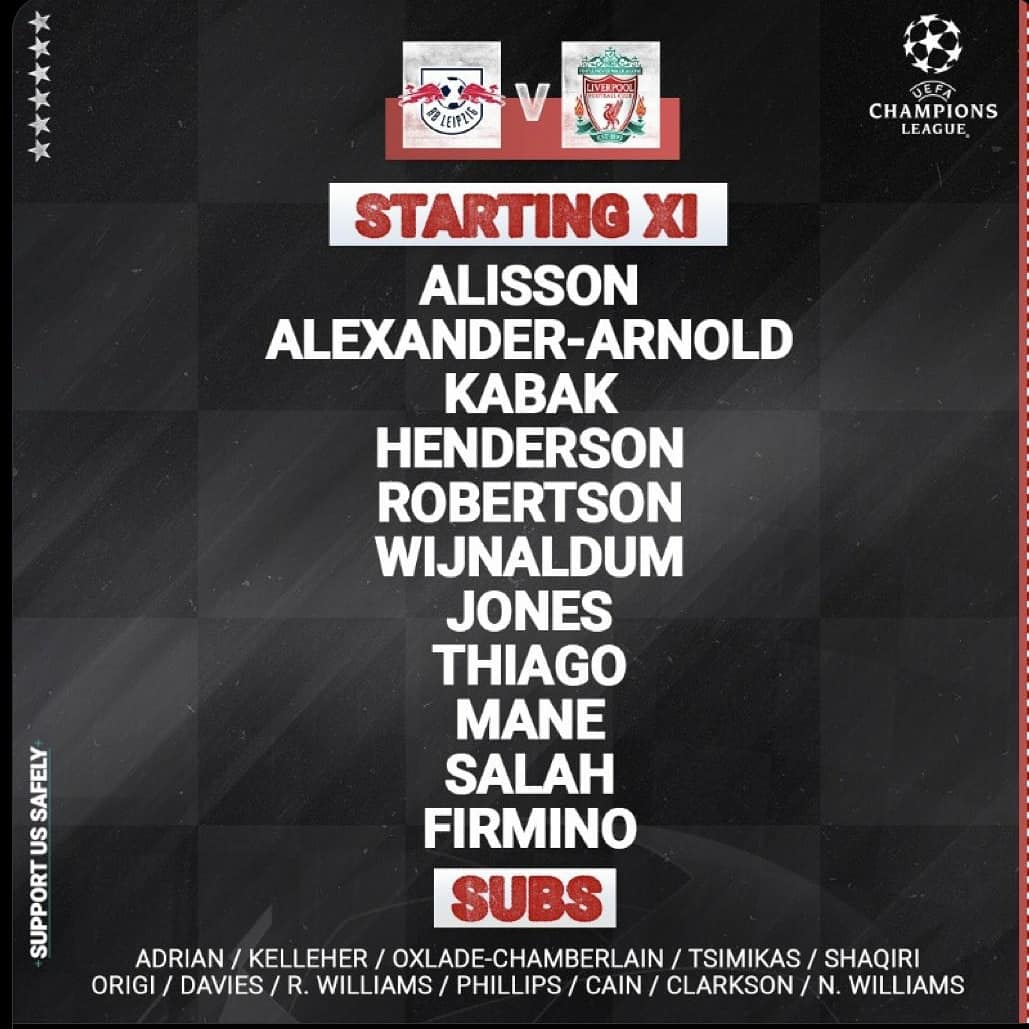 Magical nights are back 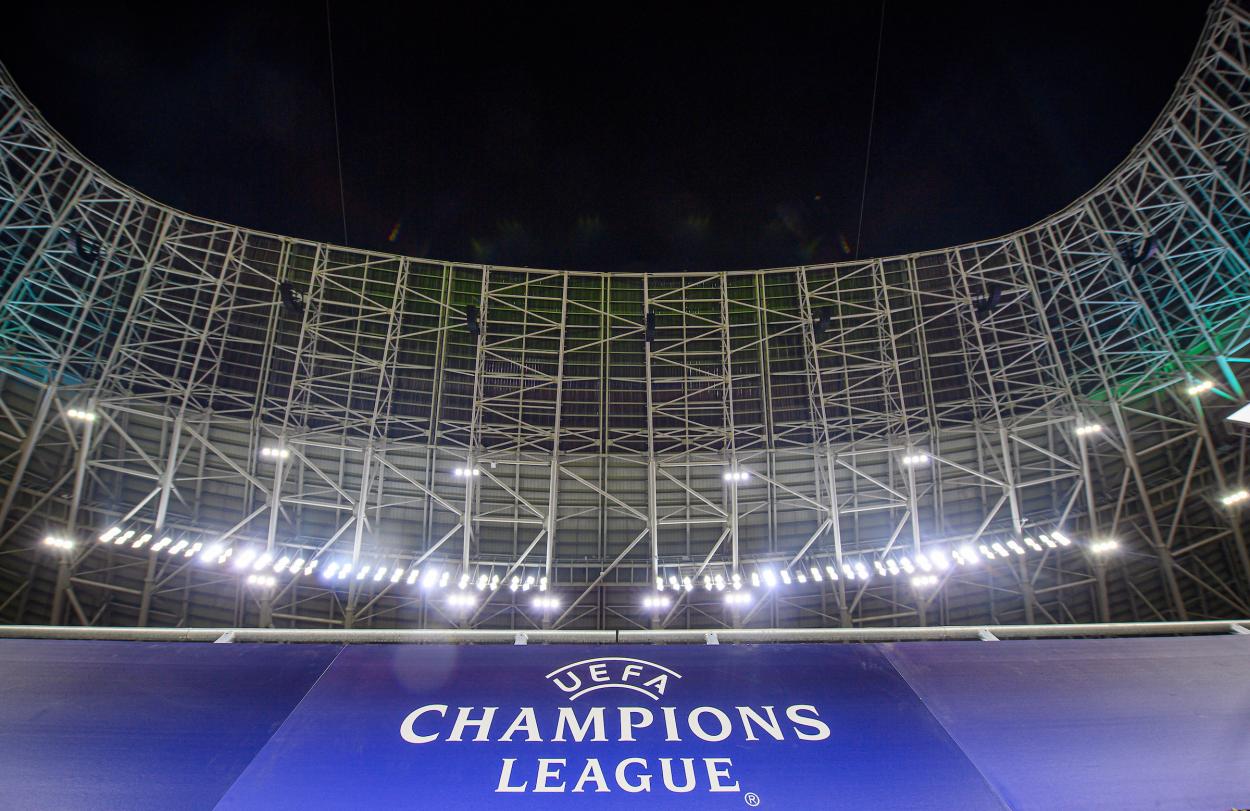 It is worth remembering that this game will not be the only one to be played this day, as Barcelona will host PSG at the Camp Nou.
3:34 PM8 months ago

This is how Leipzig warms up 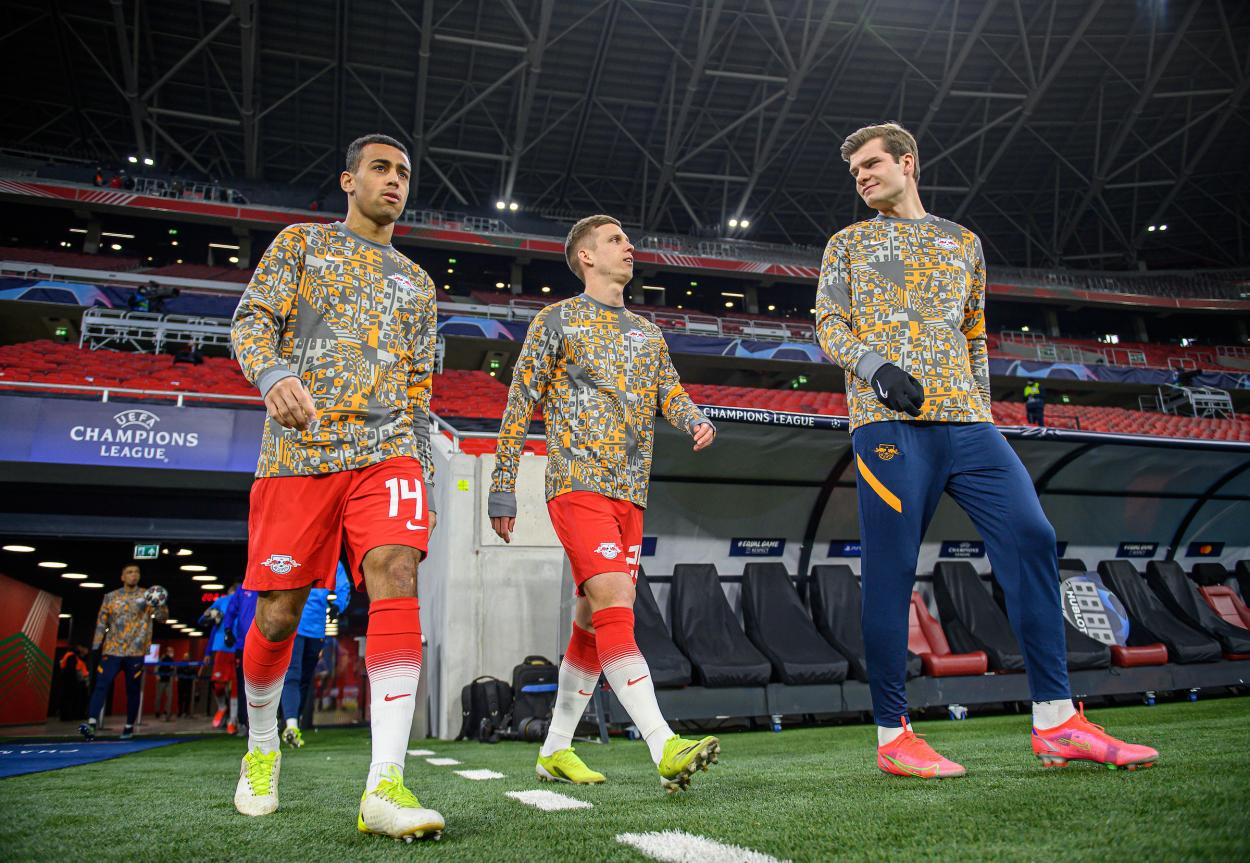 Compared to their opponents, Leipzig have won four straight Bundesliga and cup games and will be looking to continue their winning streak.
3:26 PM8 months ago

To lift the page

They were leaders in the Premier League and now they have fallen to sixth place with three defeats in a row. Liverpool have a great opportunity to turn things around and gain an advantage in the first leg of the Champions League.
3:22 PM8 months ago

Liverpool have returned to the limelight in recent editions of the Champions League and have done so thanks to the leadership of DT Jurgen Klopp. 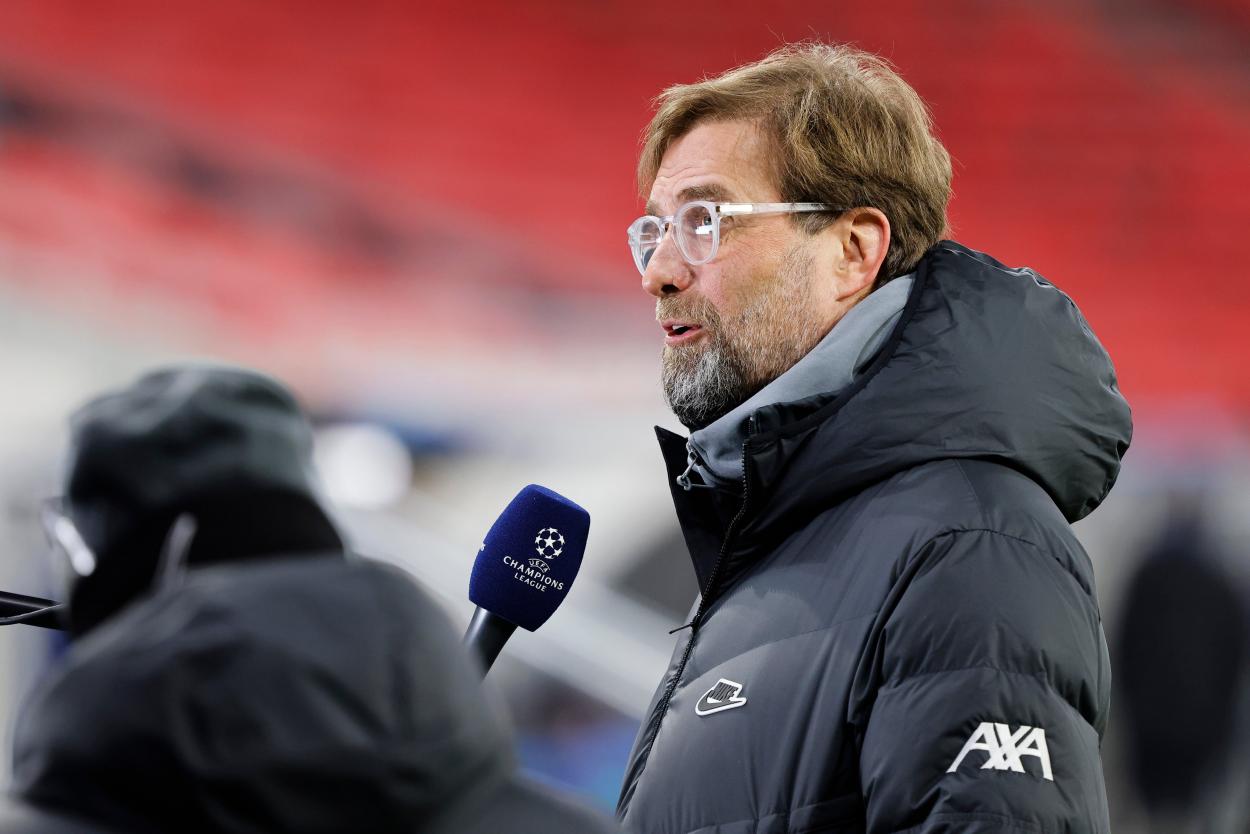 Who will weigh more?

Angeliño with Leipzig or Robertson with Liverpool, who will be more decisive this afternoon? 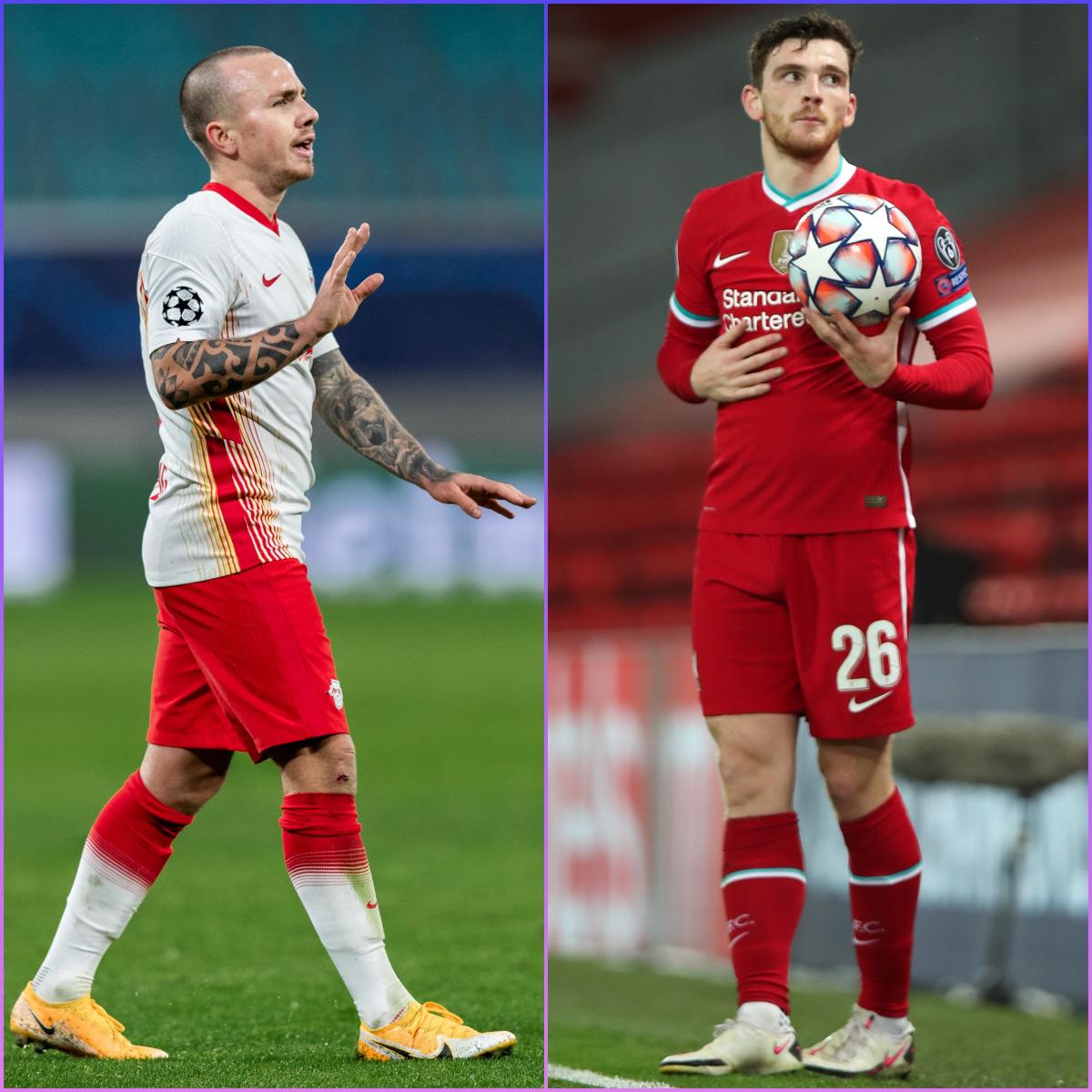 After two months, the Champions League is back, can Liverpool take the away advantage? 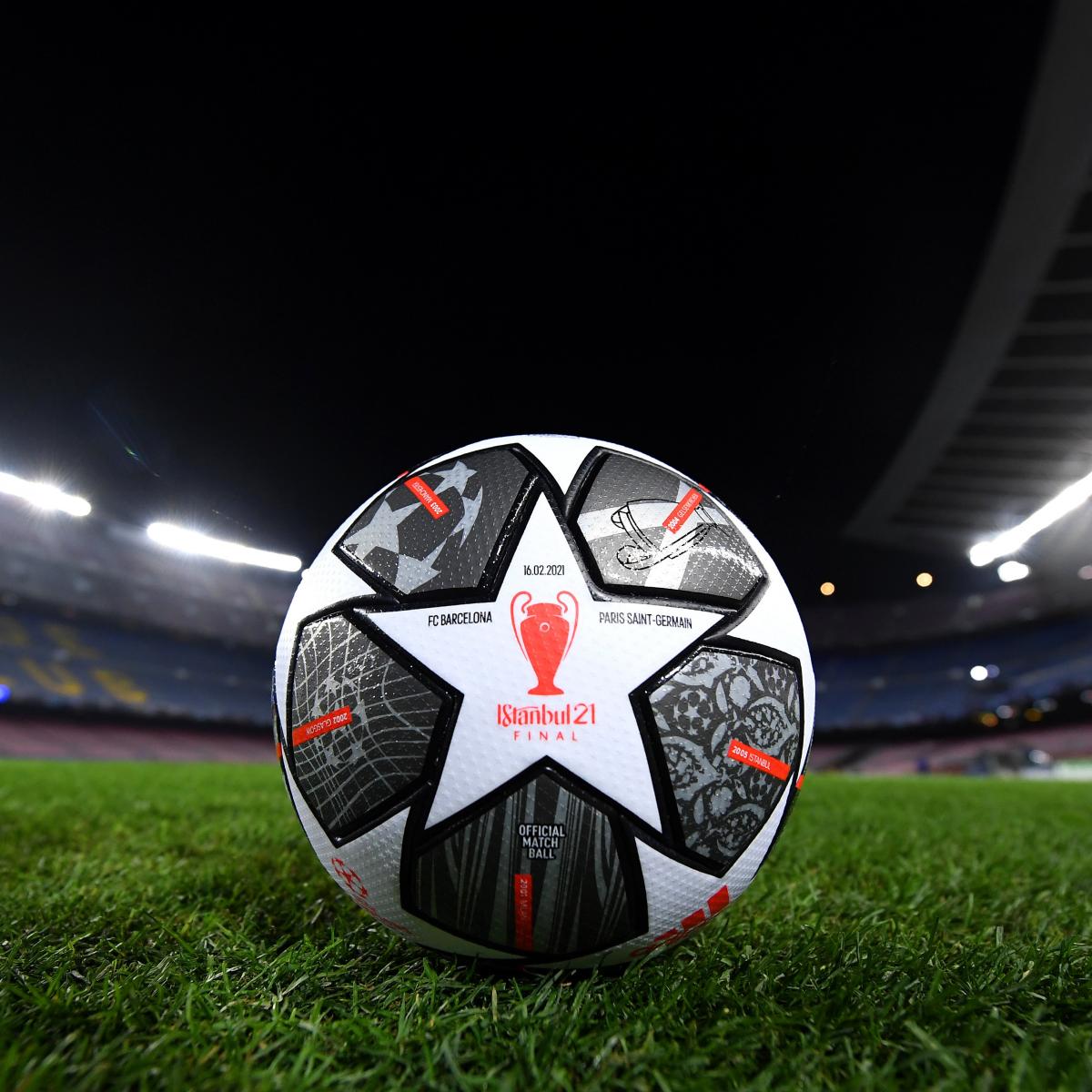 Player of the year

Kostas was named Greece's player of the year for his outstanding performances with the national team and clubs. 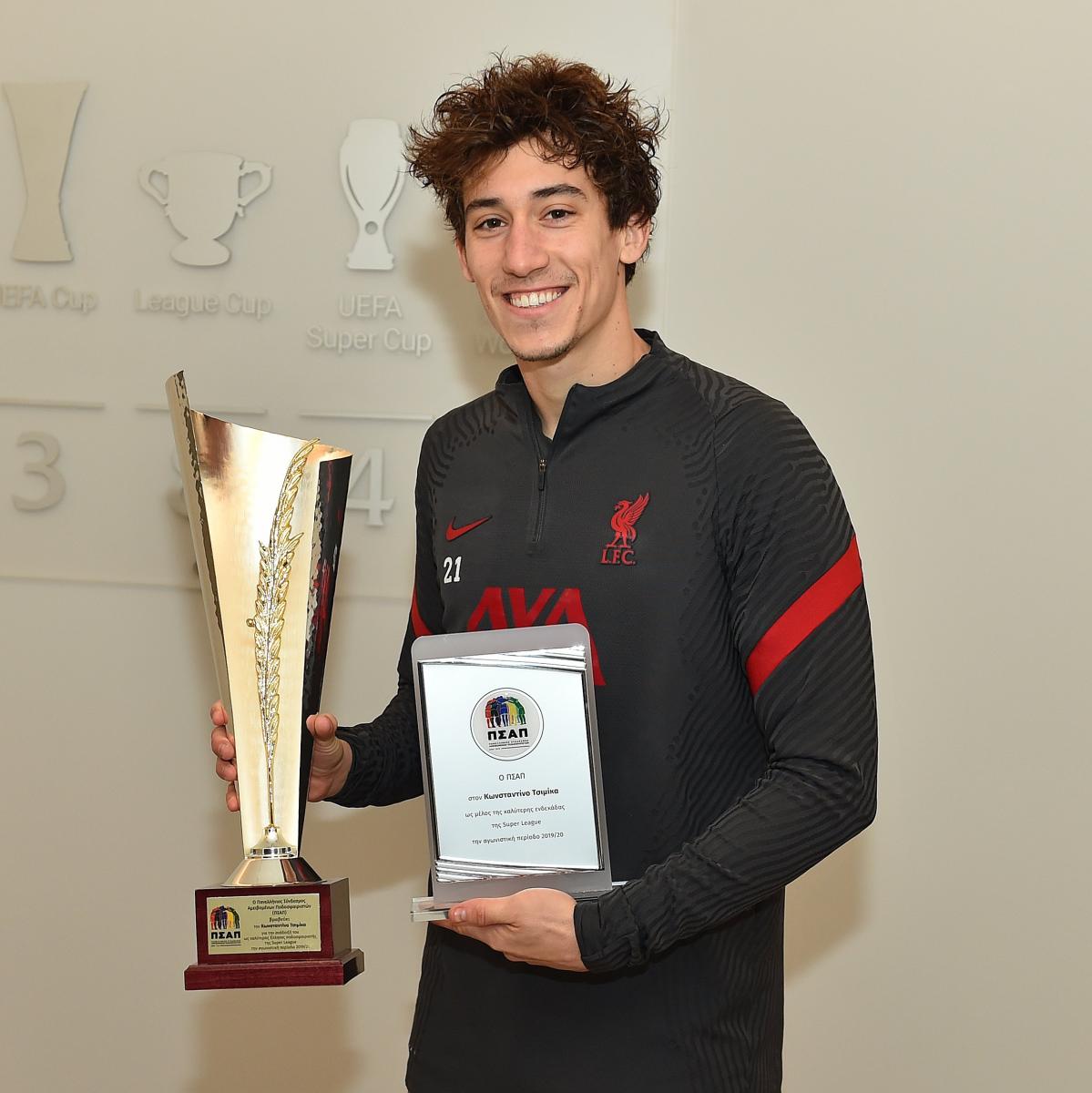 This is what the venue looks like for the match, which will be held at the Puskas Arenas in Hungary. 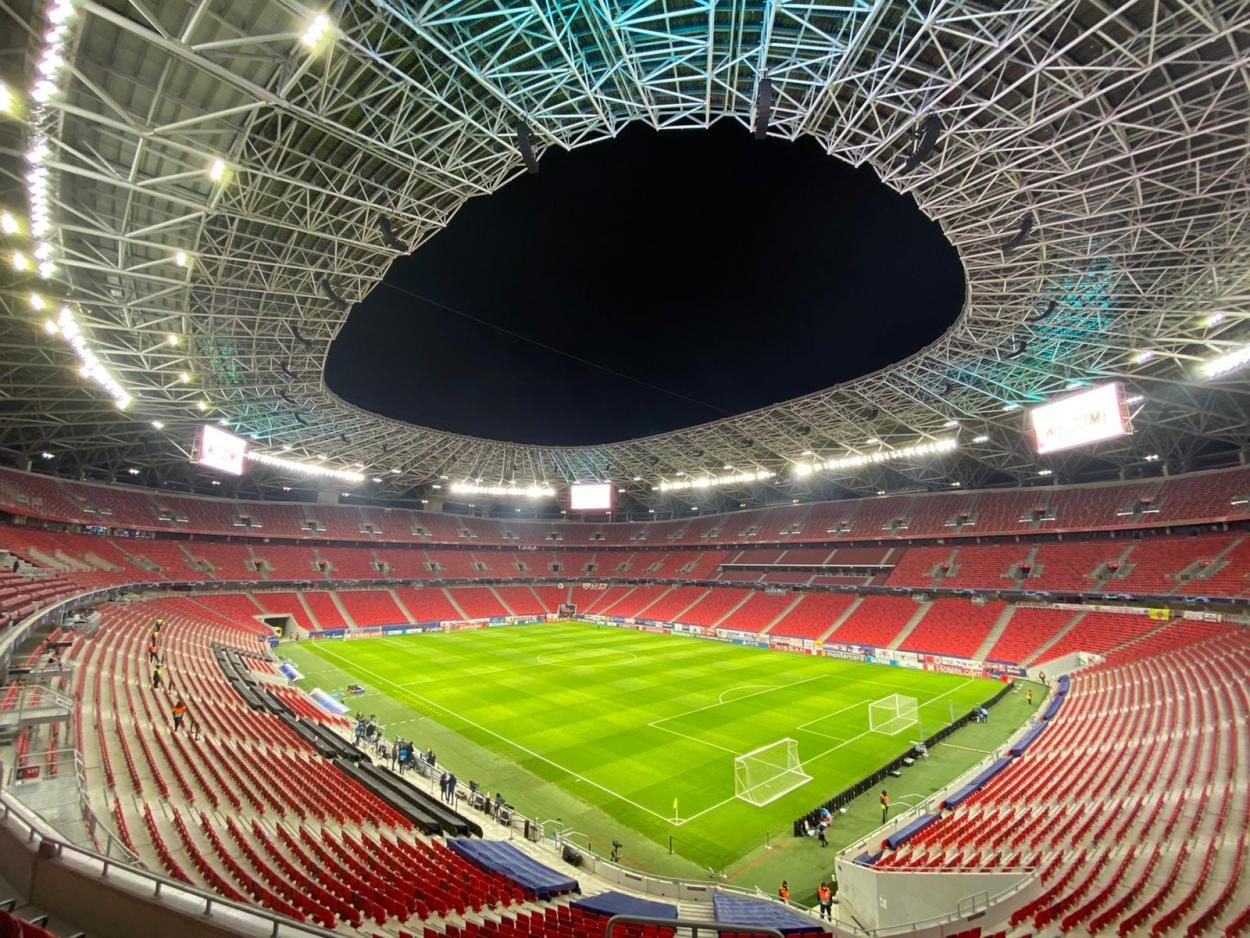 The round of 16 of the UEFA Champions League begins this Tuesday with the duel between Leipzig and Liverpool. Don't miss every detail.

Do not miss a detail of the match with the live updates and commentaries of VAVEL. Follow along with us all the details, commentaries, analysis and lineups for this RB Leipzig vs Liverpool match.
1:42 PM8 months ago

This will be the first international clash between the two clubs, although the German club has faced two English teams in the last 14 months (Tottenham and Manchester United) with three wins and one defeat.
1:37 PM8 months ago

How to watch RB Leipzig vs Liverpool Live TV and Stream

Despite the debacle of the last few games, Egyptian striker Mohamed Salah continues to be the fundamental piece of the attack and what he can do will be key in the elimination. 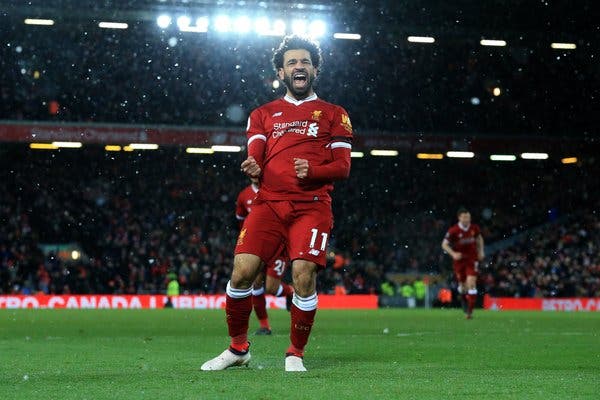 Frenchman Christopher Nkunku has gradually established himself in the starting lineup and so far in 2021 has responded to the confidence in the Bundesliga with several important goals. 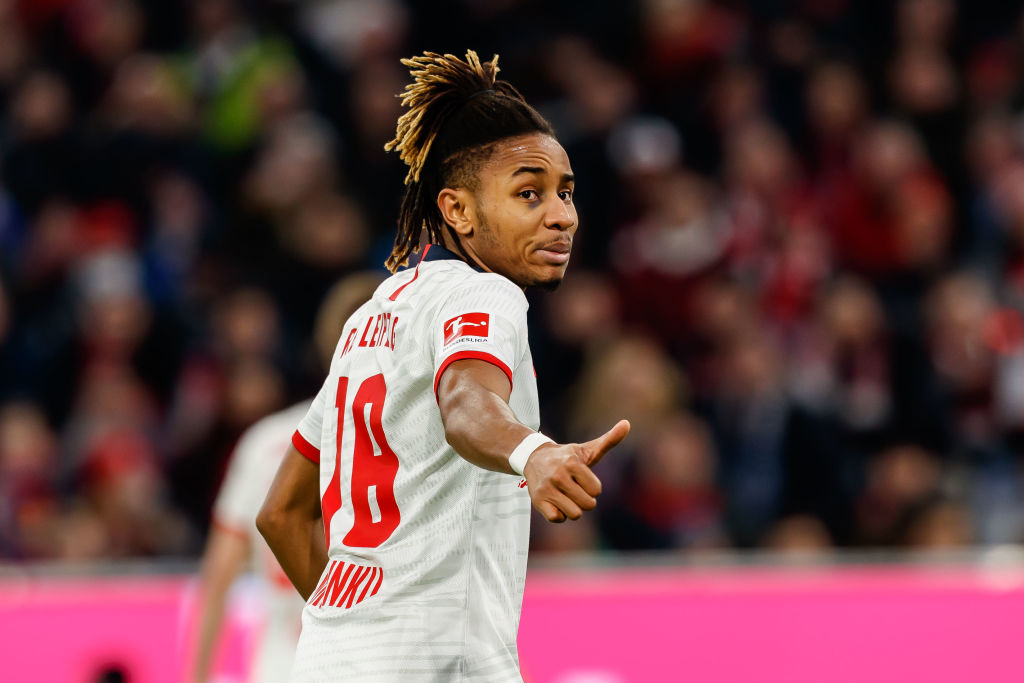 Due to the restrictions of some European countries with the United Kingdom, this game will not take place in Germany and was moved to Hungary.
1:17 PM8 months ago

How did Liverpool qualify?

The "Reds" qualified as Group D leaders with 13 points, ahead of Italy's Atalanta.
1:02 PM8 months ago

How did Leipzig qualify?

Although their qualification was in jeopardy, Leipzig secured their place in the next round on the last matchday by finishing as runners-up in Sector H with 12 points, three more than Manchester United.
12:57 PM8 months ago

The RB Leipzig vs Liverpool match will be played at the Puskas Arena, in Hungry. The kick-off is scheduled at 3pm ET.
12:52 PM8 months ago