Great victory for the United States. In the last half hour of play they stepped on the gas and produced all four goals.

GOAL USA! Another one for Hassani Dotson, as he strikes a ball to the far post to bag a brace!
8:43 PMa year ago

Fourth sub for the U.S. as Benji Michel enters for Jonathan Lewis.
8:23 PMa year ago

Also a change for the Dominican Republic: Erick Paniagua enters for Nowend Lorenzo.
8:18 PMa year ago

The United States already wins it. A goal by the Stars and Stripes puts the visitors ahead.
8:03 PMa year ago 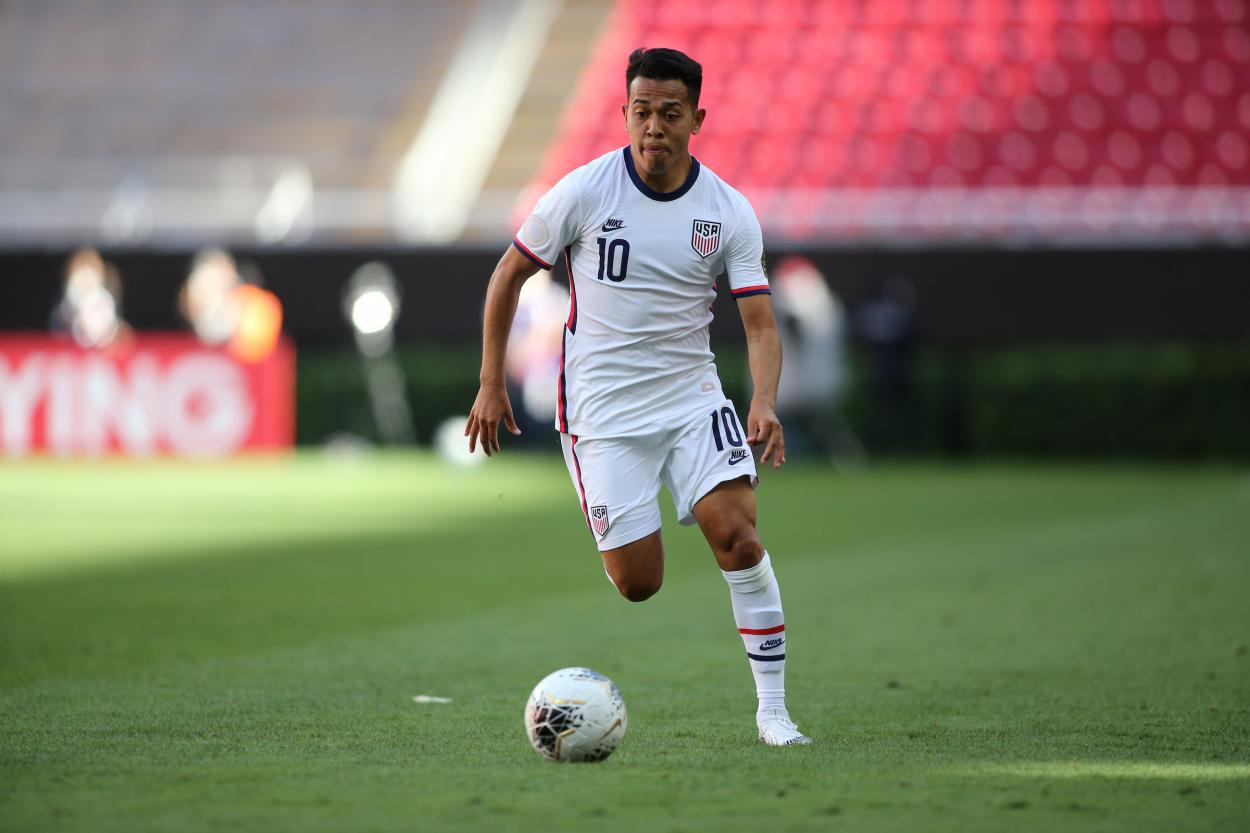 Sebastián Soto is replaced by Jesús Ferreira.
7:43 PMa year ago

The locals had the space at the start of the second half to take the lead and make a breakthrough. But the ball was left in the attempt and the ball ended up in a goal kick to the rival.
7:38 PMa year ago

USA and Dominican Republic for the three points.

The last 45 minutes are coming up soon

Difficult for the visitors to break the deadlock in the home goal. Three corner kick opportunities that were not taken.
7:23 PMa year ago

The Americans have the ball, but in the last stretch of the game they find themselves up against an island wall.
7:18 PMa year ago

On the left, the visitors came as a bit of a surprise. But Guzmán, the islanders' goalkeeper, was attentive to the attacks.
7:13 PMa year ago

The United States missed two corner kick opportunities to go in front. The island defense is attentive.
7:08 PMa year ago

Despite not having any shots on goal. Both teams have large shares of the offensive heat map.
6:53 PMa year ago

A dangerous play by the Americans that almost goes into the goal.
6:48 PMa year ago

Although the Dominicans have a lower position. The administrative locals are not afraid to go forward on offense.
6:43 PMa year ago

Spherical is distributed in the midfield, both teams have already had opportunities to unbalance the goals.
6:38 PMa year ago

First foul for the United States. The visitors start distributing the ball in the opponent's area.
6:33 PMa year ago

United States do not want to complicate the pass

All set from Akron Stadium 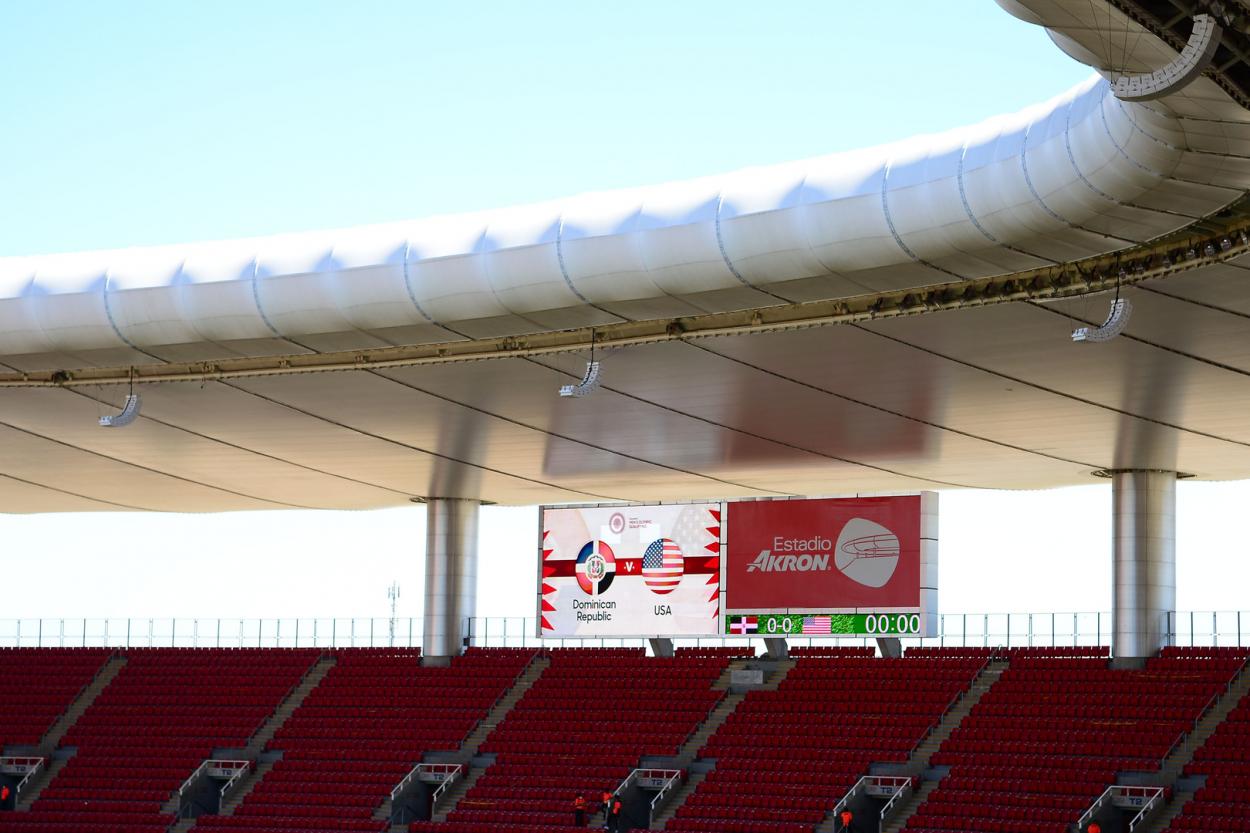 This is how the Dominican trained before the game

This is how the USA trained before the game

No cases for COVID-19

A few hours ago, the CONCACAF organization issued a circular in which it informed that no team in Series A (Mexico, United States, Costa Rica and Dominican Republic) presented positive cases of the virus that is currently afflicting the world.

In one hour- the next step towards #Tokyo2020

This will be the first time that the Dominican Republic and the United States meet in the history of the Pre-Olympics. The Stars and Stripes have not qualified for the Olympics since 2008.

Do not miss a detail of the match with the live updates and commentaries of VAVEL. Follow along with us all the details, commentaries, analysis and lineups for this Dominican Republic vs United States match.
5:48 PMa year ago

Watch out for Johan Guzman

Johan Guzmán had six saves in the match against Mexico. Leaving his goal in a record of 4 goals, but without his interventions there could have been more against the islanders.
5:28 PMa year ago

Watch out for David Ochoa

David Ochoa had an outstanding performance vs. Costa Rica making 9 saves that helped the U.S. team to victory.
5:23 PMa year ago
The North Americans will arrive at the Akron Stadium with the task of securing a win that will put them at the top of the overall standings. They are getting closer and closer to the qualification they are looking for after Bejing 2008 and any result other than a win would be a catastrophe.
5:18 PMa year ago
Day 2 of the Pre-Olympic Games will take the field of the Akron Stadium by storm for the match between the Dominican Republic and the United States in the opening match of the double-header. The Stars and Stripes will have less to worry about going into the match.
5:13 PMa year ago

Dominican Republic vs United States match will be played at the stadium Akron, in Zapopan, Jalisco. The kick-off is scheduled at 19:00pm ET.
5:08 PMa year ago

Welcome to VAVEL.com’s LIVE coverage of the 2021 Competition match: Dominican Republic vs United States My name is name Claudio Amelco and I’ll be your host for this game. We will provide you with pre-game analysis, roster updates, and news as it happens live here on VAVEL.