Thank you for following the Mexico vs Costa Rica 2020 Pre-Olympic telecast. See you next time.
10:28 PMa month ago

Mexico regained leadership of the group and secured its place in the semifinals, where it will play against the United States next Wednesday. Costa Rica has been eliminated.
10:27 PMa month ago

A simple shot that Malagón controls without problems.
10:24 PMa month ago

Vázquez and Córdova leave the team.

Sepúlveda and Muñoz are substituted.

Dangerous direct free kick that Malagón timely rejects to the side.
10:17 PMa month ago

Brenes is cautioned for a hard tackle.
10:12 PMa month ago

Antuna leaves and Cervantes enters for Mexico.
10:11 PMa month ago

They claimed a penalty on Antuna, but the referee says there is nothing.
10:09 PMa month ago

Córdova scores inside the box to increase the difference.

In come Macías and Angulo.

Antuna's service and Brenes' cut to a corner kick.
9:52 PMa month ago

Córdova's very simple cross into the box was saved by the goalkeeper.
9:50 PMa month ago

Vega hits it from outside the box with placement to extend the lead.

The second half begins between Mexico and Costa Rica.
9:26 PMa month ago 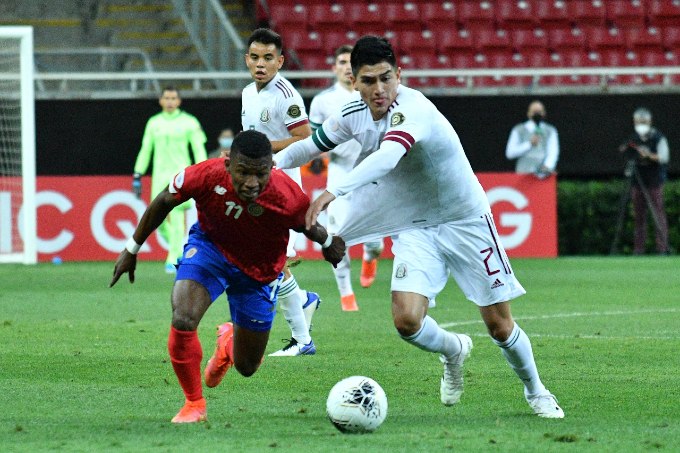 Malagon saves the shot on its way to goal and pushes it aside.
9:21 PMa month ago

The game was very short in the last minutes with no clear dominator in the midfield.
9:16 PMa month ago

Rodriguez tries to put the pass in front of Vega, but the ball goes into the goalkeeper's hands.
9:11 PMa month ago

Alvarado tries to break through, but the ball bounces off him and the play ends in a goal kick.
9:08 PMa month ago

The intensity of the game dropped a little and Costa Rica tried to advance lines, without having much depth.
8:57 PMa month ago

Vega gives it to Antuna, who takes the shot right to the defender's spot.
8:52 PMa month ago

Angulo is fouled and a direct free kick is awarded to Costa Rica.
8:49 PMa month ago

Vega's corner kick is saved by the goalkeeper with his fists.
8:46 PMa month ago

Córdova's shot inside the area is blocked by the defensive wall.
8:45 PMa month ago

Antuna arrives inside the six-yard box to make it 1-0 after Córdova's cross.

Román's header from a corner that easily reaches Malagón's hands.
8:37 PMa month ago

Costa Rica's long cross passes through the area without causing any danger.
8:35 PMa month ago

The match between Mexico and Costa Rica kicks off at Akron Stadium.
8:30 PMa month ago

Mexico and Costa Rica take the field in search of victory in the second day of the Pre-Olympic.
8:29 PMa month ago

This is the fifth time that Mexico and Costa Rica will face each other in the Pre-Olympic, with three wins for the Aztecs and one draw.
8:25 PMa month ago

These are the lineups of both Costa Rica and Mexico. 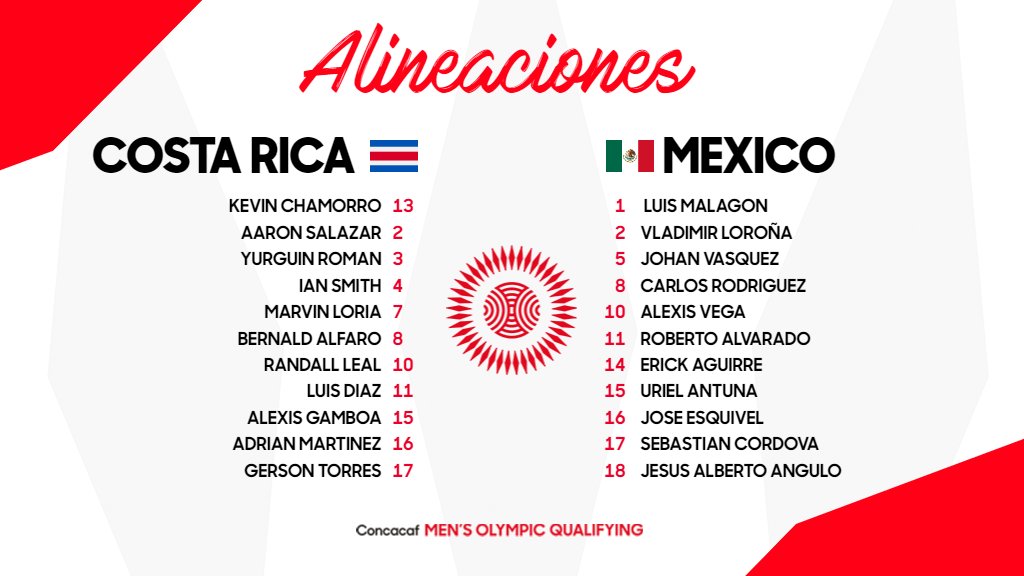 This is how Costa Rica jumped into its warm-up

The Costa Ricans were not convincing in the last game and it ended up costing them dearly when they lost by the minimum score against the United States.
8:09 PMa month ago

The United States has already won

The USA defeated the Dominican Republic 4-0 and Mexico needs to win by two goals to secure its place in the semifinals and take the group lead; Costa Rica needs at least one point to avoid elimination.
7:59 PMa month ago 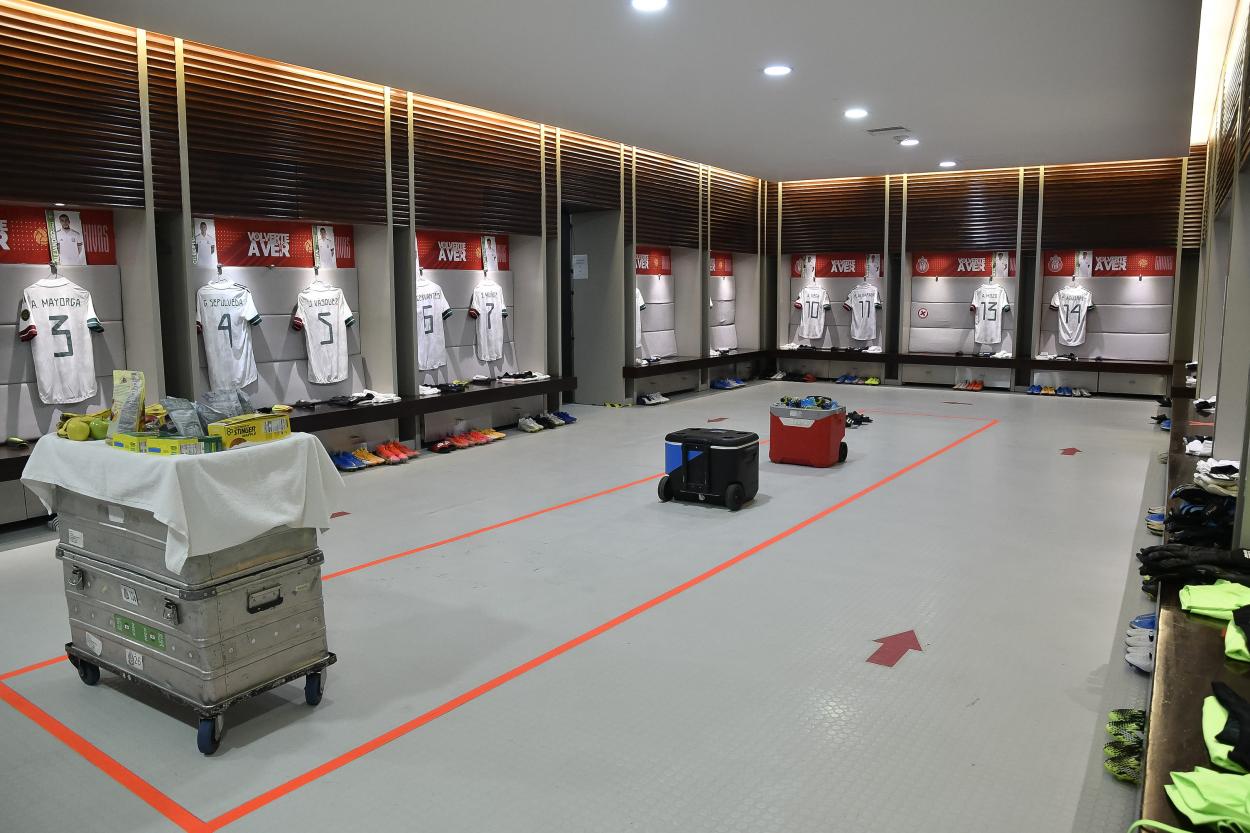 José Juan Macías is still unable to earn a place in the starting eleven and will be on the substitutes' bench again this afternoon.
7:52 PMa month ago

Goes to the bench

Celta's goalkeeper, Patrick Sequeira, traveled from Spain and arrived a few days ago, but will be on the bench for this game.
7:49 PMa month ago

Jaime Lozano will repeat 10 players with the exception of the departure of Alan Mozo and the entry of Vladimir Loroña.
7:41 PMa month ago

Once again, Mexico has decided to take the field in white for its second game of the CONCACAF Pre-Olympic. 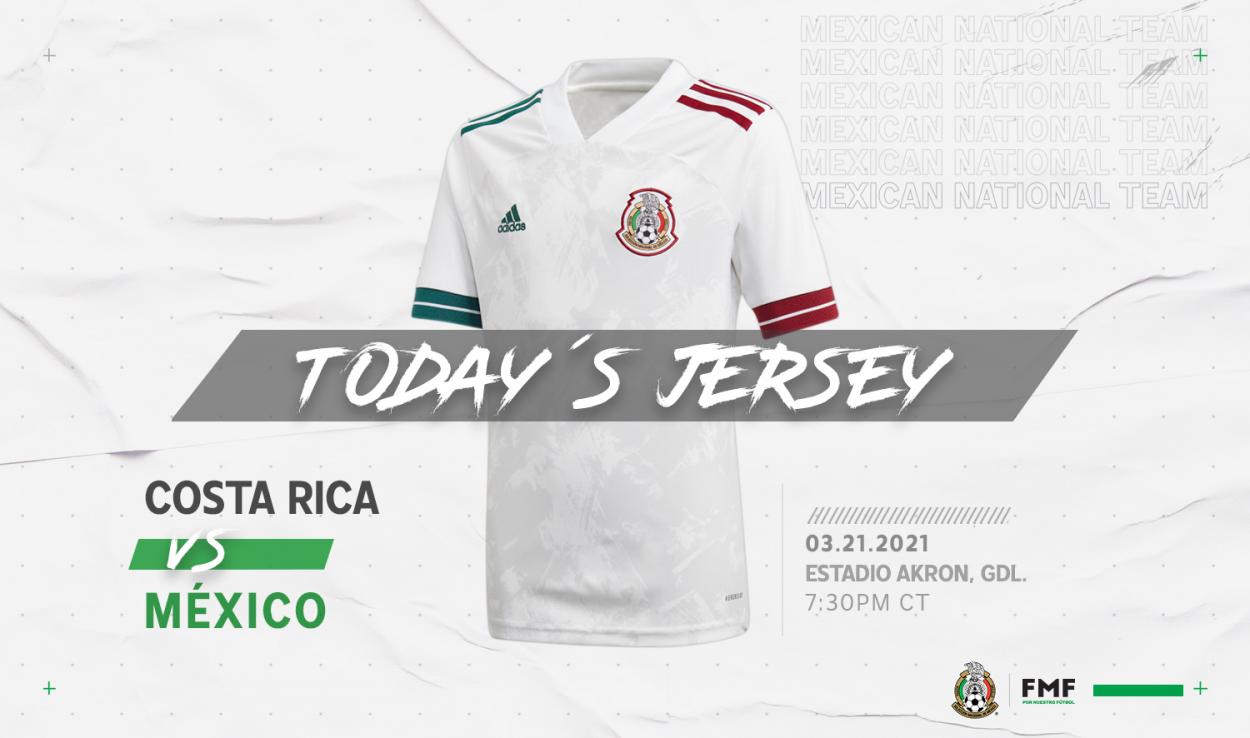 This is how the Mexican National Team arrived 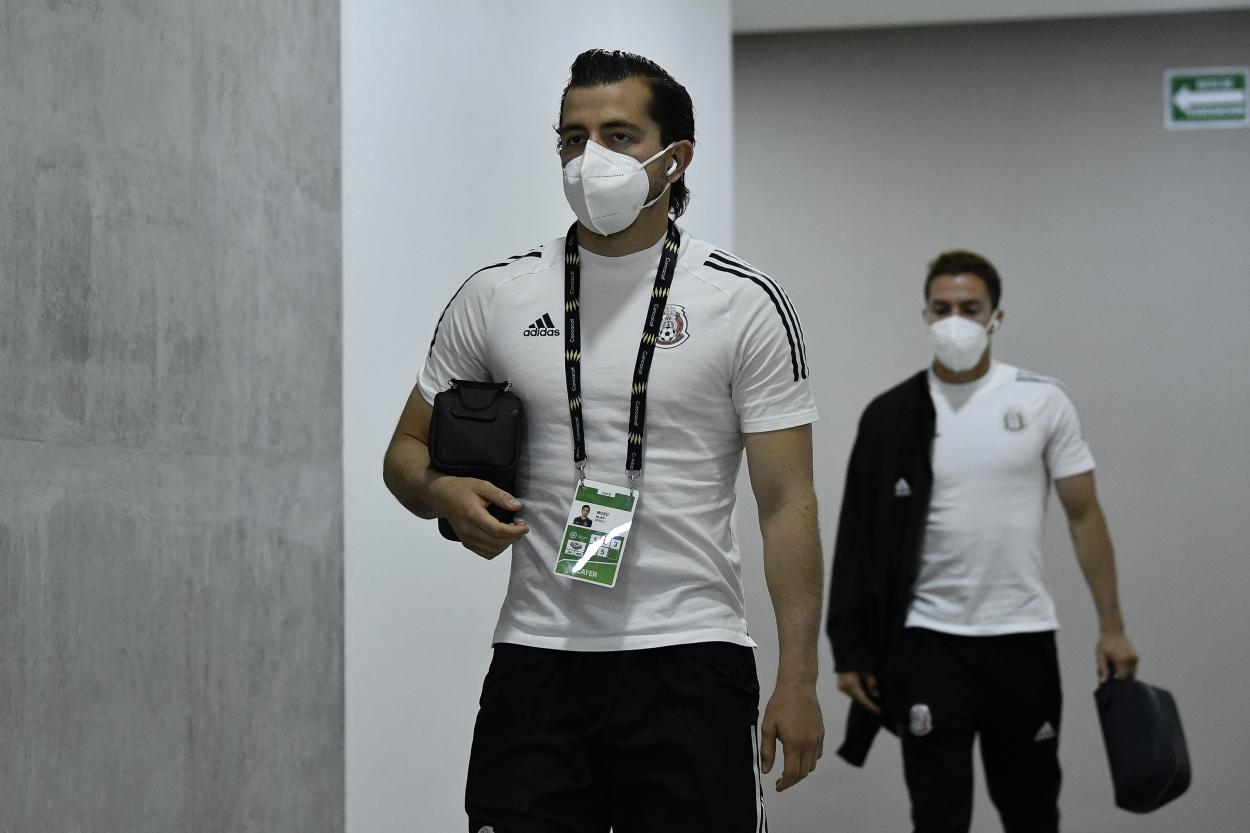 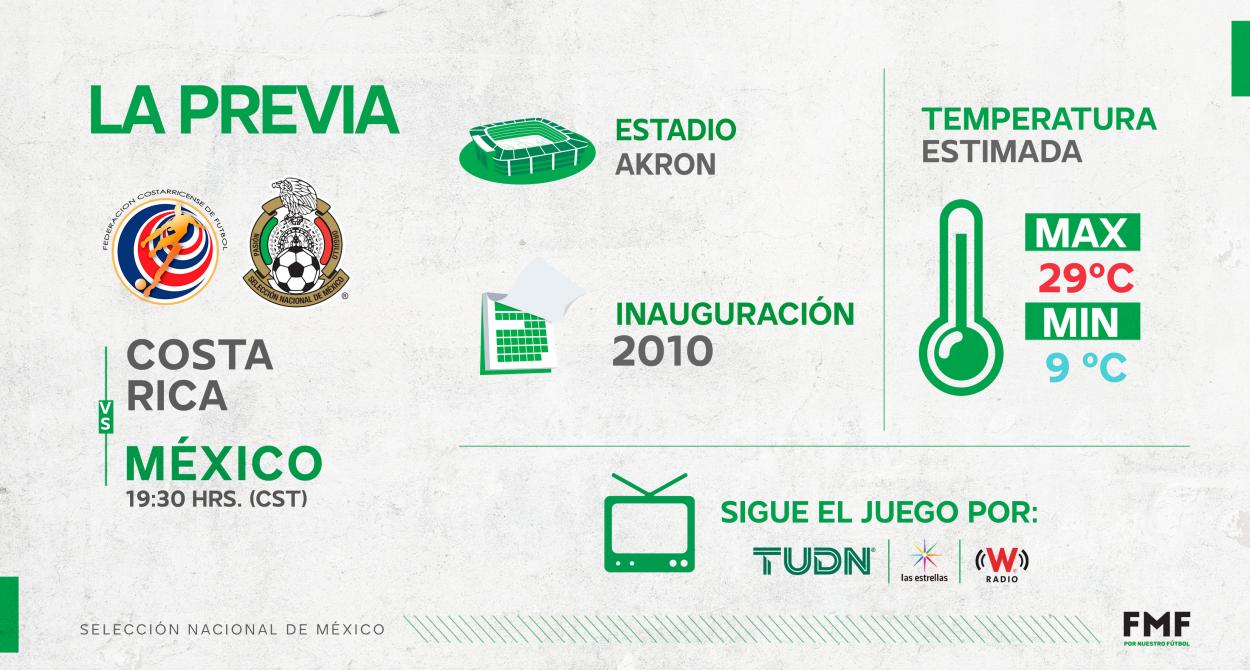 The Mexican National Team informed today that it had zero positive cases of coronavirus, so Jaime Lozano will have a full squad to face this game.
7:29 PMa month ago

Should Mexico win, it will qualify for the semifinals when it takes on Costa Rica at Akron Stadium. We begin our coverage.
6:01 PMa month ago

Do not miss a detail of the match with the live updates and commentaries of VAVEL. Follow along with us all the details, commentaries, analysis and lineups for this Mexico vs Costa Rica match.
5:56 PMa month ago

How to watch Mexico vs Costa Rica Live TV and Stream

Midfielder Luis Diaz of Columbus Crew is the team's most influential player and if they want to win, the ball will have to pass through his feet often. 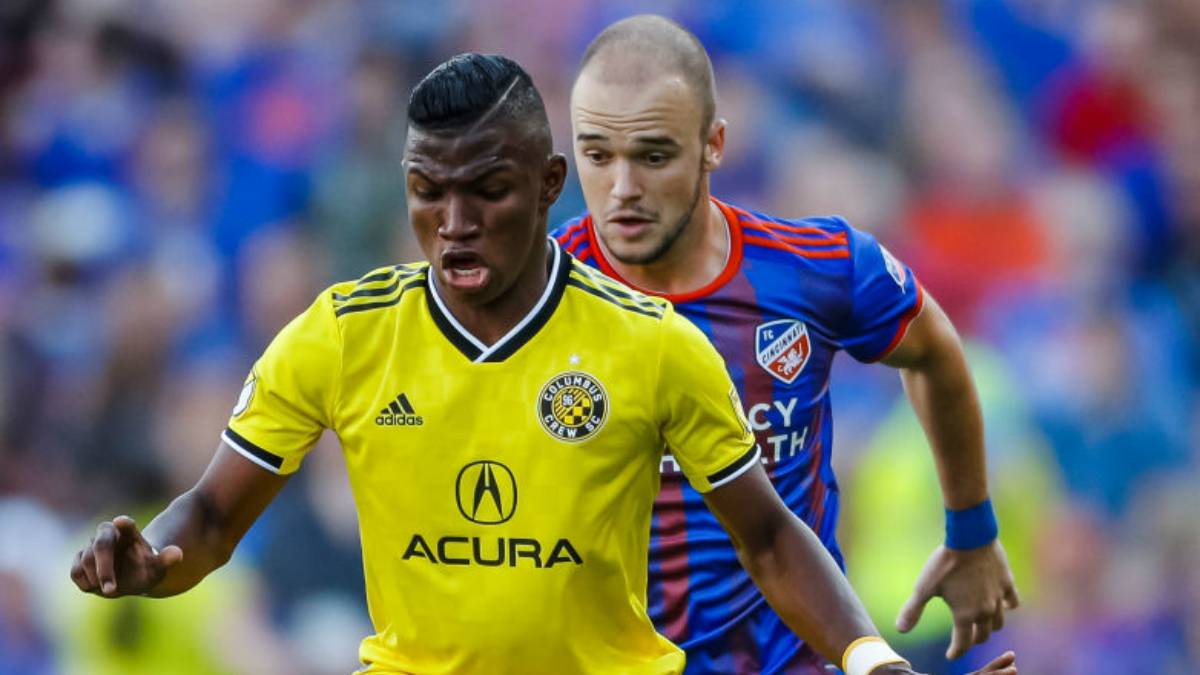 Sebastián Córdova comes from scoring three goals in which he not only played as a midfielder, but also played as a nine-goaler in the last game, finding space and many opportunities. 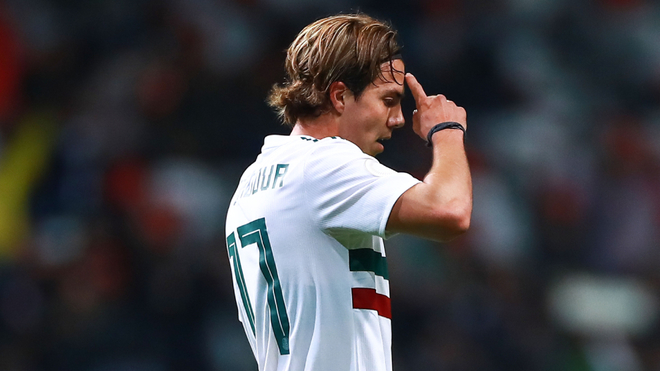 It is worth remembering that the corresponding authorities have allowed the entry of fans, although it will be restricted and in accordance with health regulations.
5:36 PMa month ago

They lost 1-0 to the United States, missing at least three clear-cut chances that they couldn't convert to salvage a point.
5:21 PMa month ago

A win in this match would put Mexico with a foot and a half in the next round, and make them much more relaxed going into the match against the United States.
5:16 PMa month ago

The Mexico vs Costa Rica match will be played at the stadium Akron, in Guadalajara. The kick-off is scheduled at 8:36pm ET.
5:11 PMa month ago