Thank you for following the Olimpia vs América in the 2021 Concachampions. See you next time.
10:57 PM8 months ago

América took the away advantage and will need only a win, a draw or even a 1-0 loss in the second leg to advance to the quarterfinals.
10:56 PM8 months ago

Arboleda's cross header, despite Ochoa's deflection, is sent into the back of the net.

Arboleda's shot was saved by Ochoa between the posts.
10:49 PM8 months ago

Chirinos hits the ball diagonally from behind and the ball goes wide.
10:46 PM8 months ago

Figueroa shoots at the near post and Ochoa stretches to save his goal.
10:45 PM8 months ago

Naveda's solo header from a direct free kick goes into the goalkeeper's hands.
10:44 PM8 months ago

Suárez's free kick crashes into the wall.
10:42 PM8 months ago

Aquino's header and a great save by Menjívar at point blank range.
10:38 PM8 months ago

Rodriguez with a mid-range shot that goes wide.
10:37 PM8 months ago

Two set pieces were wasted by Olimpia, which did not take advantage of them.
10:31 PM8 months ago

Lainez is cautioned for a hard tackle.
10:29 PM8 months ago

Lainez's cross from across the box goes wide.
10:25 PM8 months ago

In: Aquino and Aguilera

Out: Fuentes and Sánchez.

Olimpia tries, but in the last third of the field it fails to connect.
10:21 PM8 months ago

Mejía is cautioned for a strong foul in the midfield.
10:19 PM8 months ago

Valdez's header and a great save by Menjívar.
10:15 PM8 months ago

Ochoa's poor start was not taken advantage of by Olimpia, and the American defense rejected the ball.
10:09 PM8 months ago

Núñez beats Ochoa to the ball, but his header goes wide.
10:08 PM8 months ago 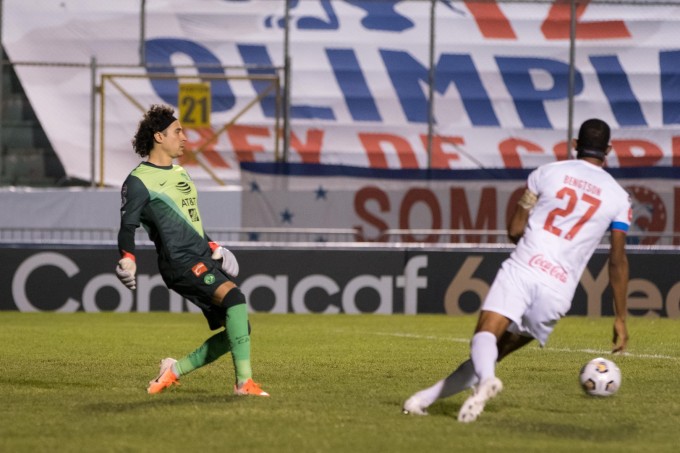 Diaz's shot from outside the box to increase the lead.

Lainez's cross is headed in by Viñas to make it 1-0.

He missed it. In the one-on-one Aguirre misses and the ball passes close.
9:42 PM8 months ago

Richard Sanchez's cross is blocked by the defense.
9:41 PM8 months ago

Dangerous service that Cásares rejects at the near post.
9:38 PM8 months ago

Chirinos' shot from half distance goes high.
9:36 PM8 months ago

Diaz with a couple of bicycles inside the box and eventually earns a corner kick.
9:32 PM8 months ago

A foul on Sánchez is flagged in América's favor at midfield.
9:30 PM8 months ago

A cross into the six-yard box is unloaded without problems by Ochoa.
9:25 PM8 months ago

Olimpia presses and smothers America, but their play cannot continue due to an offside.
9:21 PM8 months ago

Cásares with a good defensive coverage where he steals the ball and sends it to the side.
9:17 PM8 months ago

Viñas manages to deflect the ball, which goes wide of the frame.
9:17 PM8 months ago

Casildo's cross is deflected for a corner kick.
9:13 PM8 months ago

Fidalgo's shot from half distance goes wide.
9:11 PM8 months ago

Bengston's shot over the top of the goal.
9:06 PM8 months ago

The match between Olimpia and América begins.
9:03 PM8 months ago

Olimpia and América take the field at this moment.
9:01 PM8 months ago

We are minutes away from the start of the match between Olimpia and América.
8:57 PM8 months ago

In case you missed América's lineup 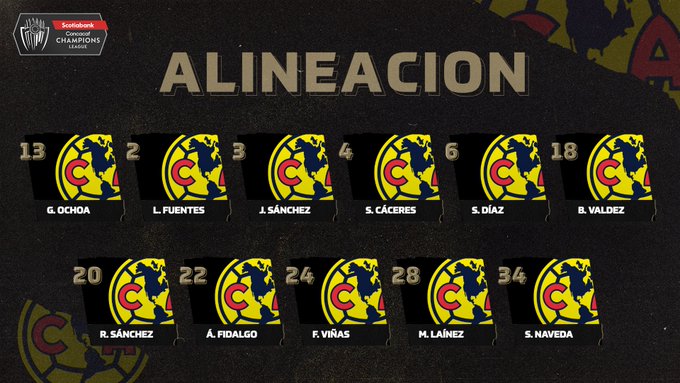 The América thus started to warm up

In case you missed Olimpia's lineup 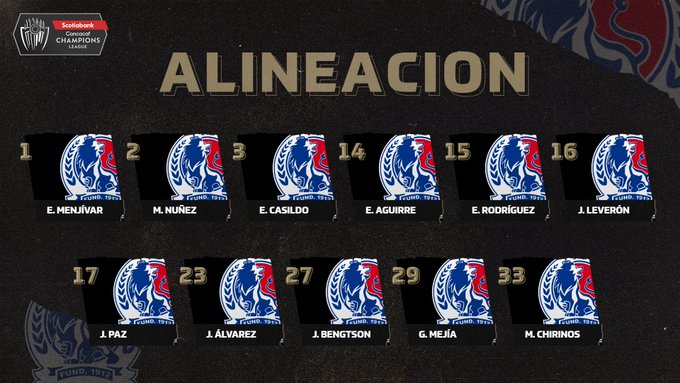 Standing up for Mexico

Cruz Azul drew against Arcahaie and Leon is drawing against Toronto, which is why America will be looking to become the first Mexican team to be able to pull out a victory.
8:44 PM8 months ago 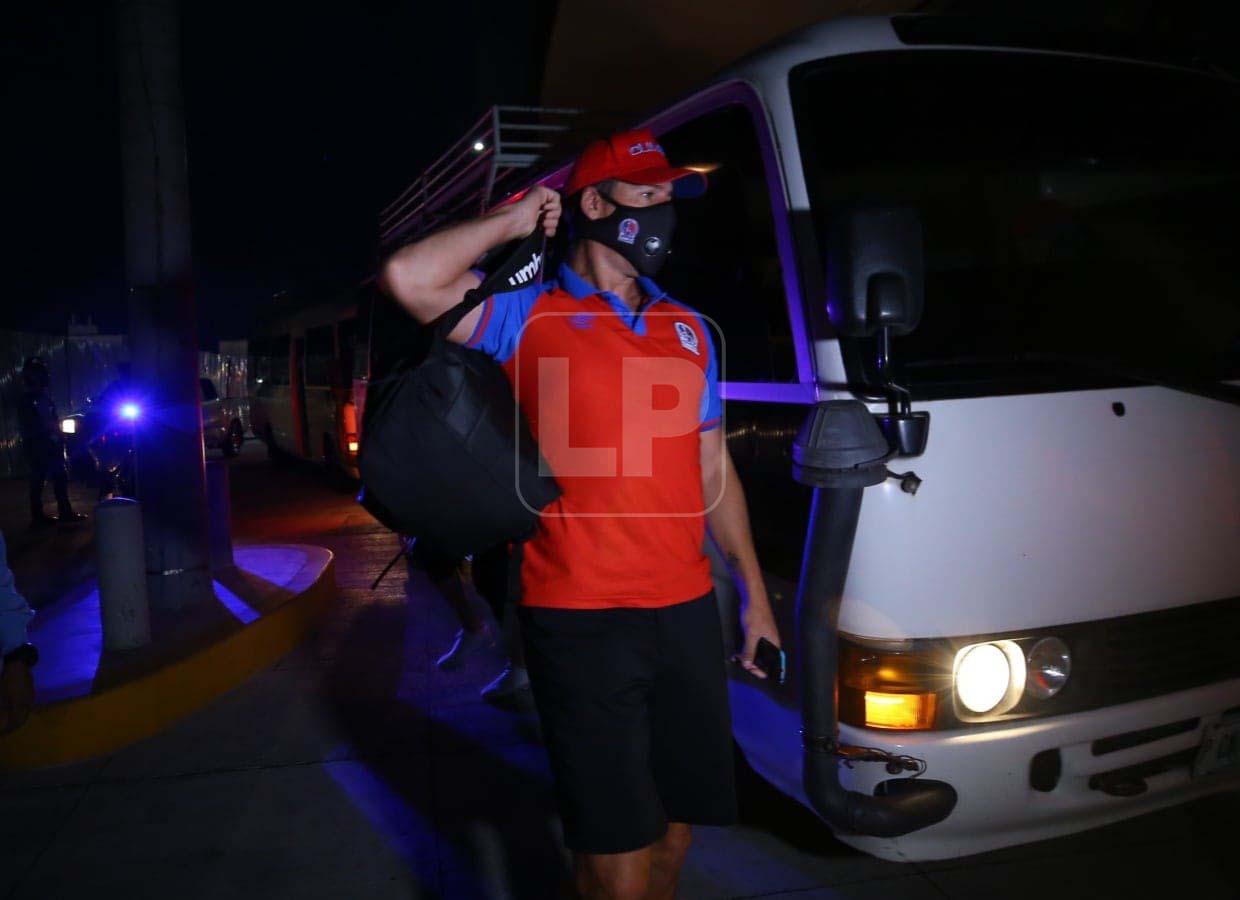 Viñas, Naveda and Díaz return to the starting lineup for Santiago Solari's team. 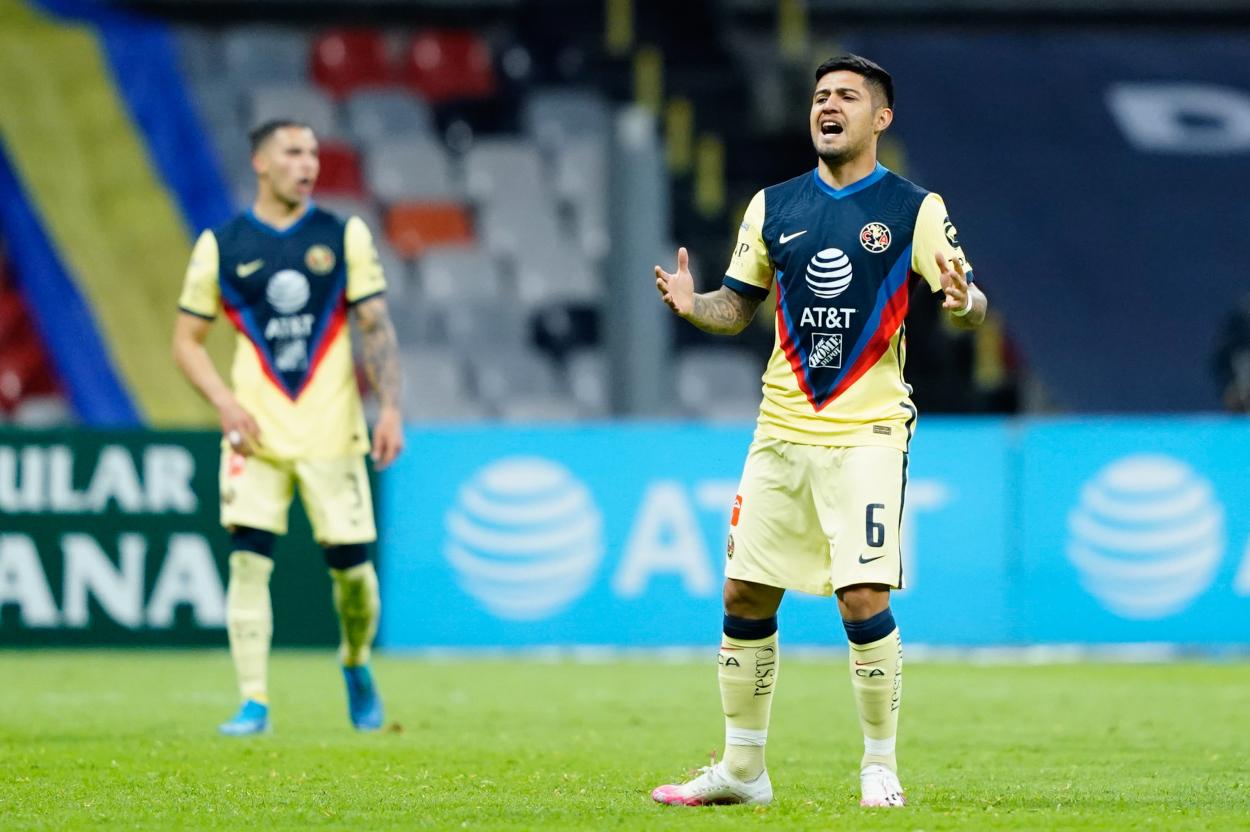 The support of Olimpia fans 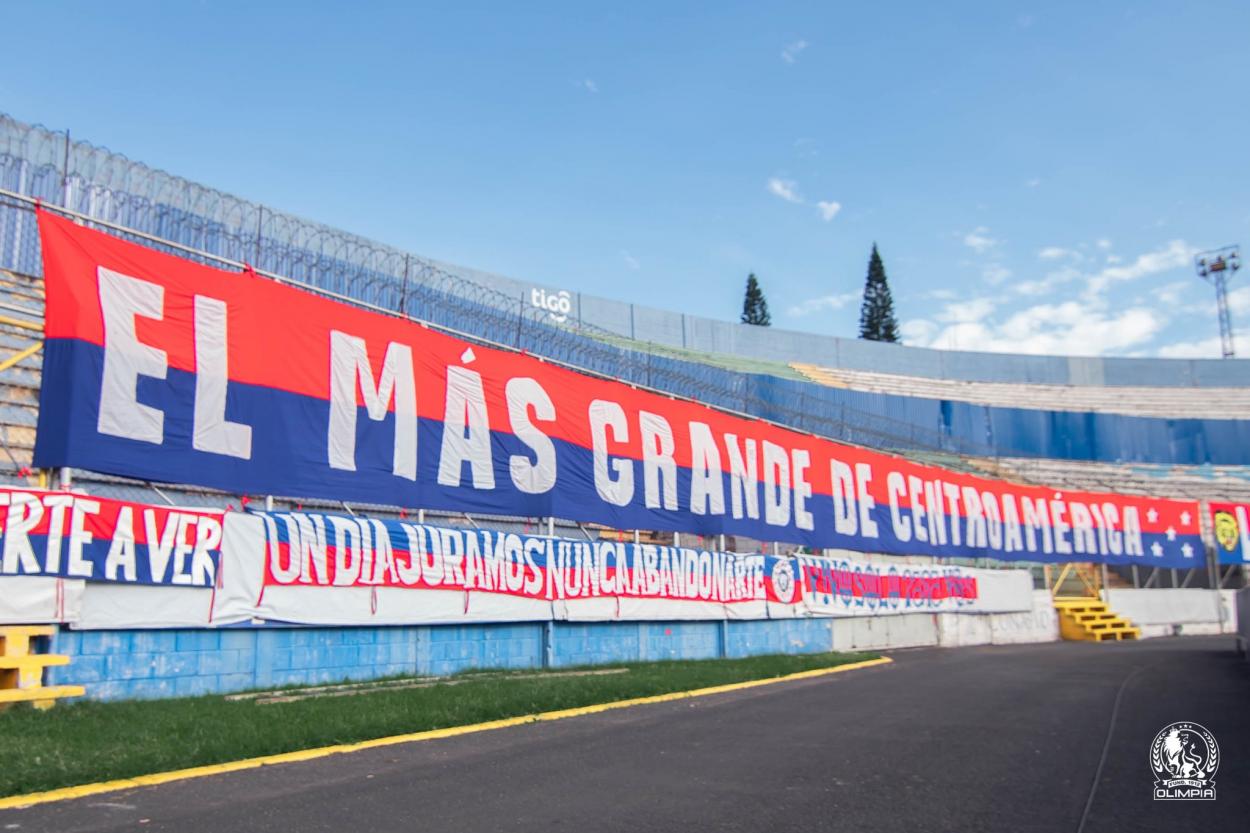 The Águilas ready for their first game

This is how he trained

Yesterday, América held its last training session where Ochoa also made the trip along with the entire team, with the exception of Martín. 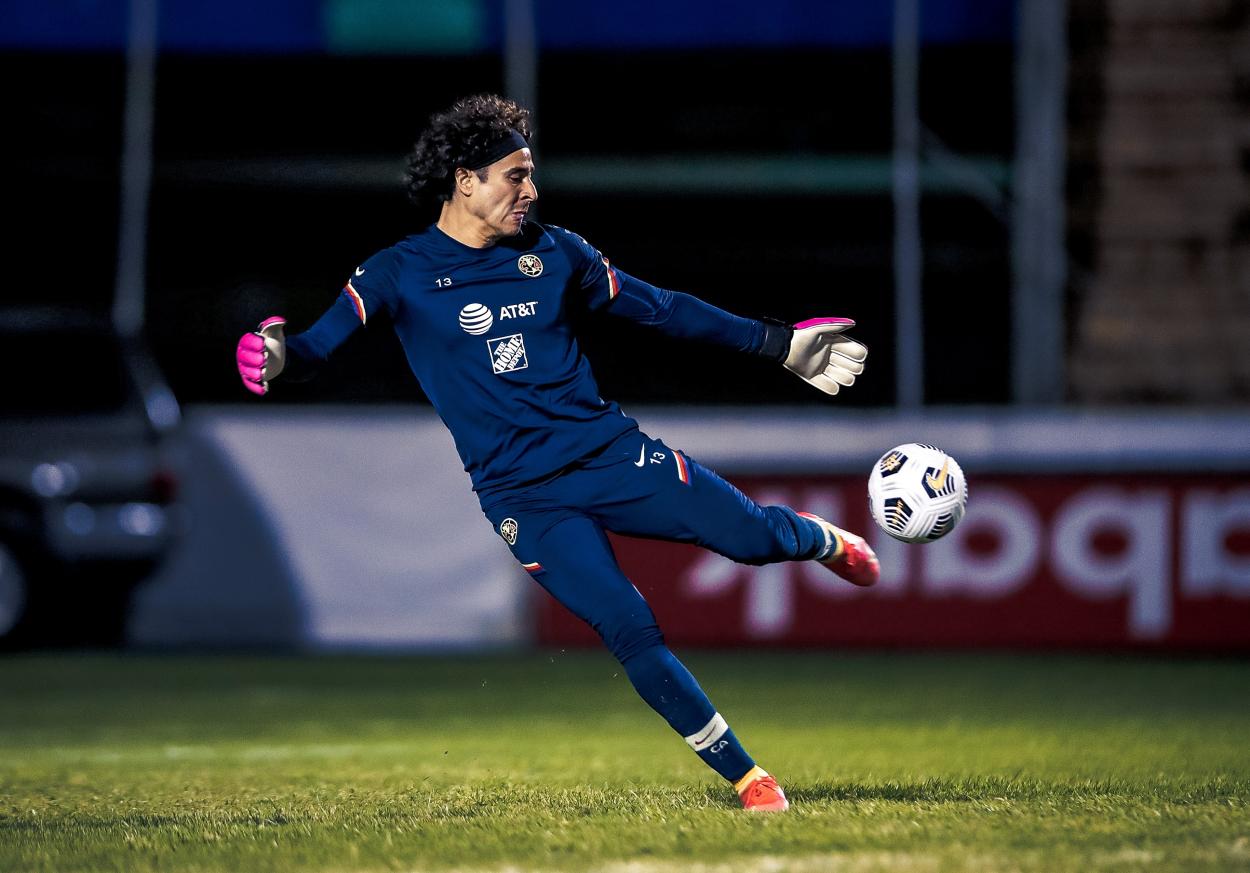 América seeks to become the biggest in CONCACAF and reach its eighth title. 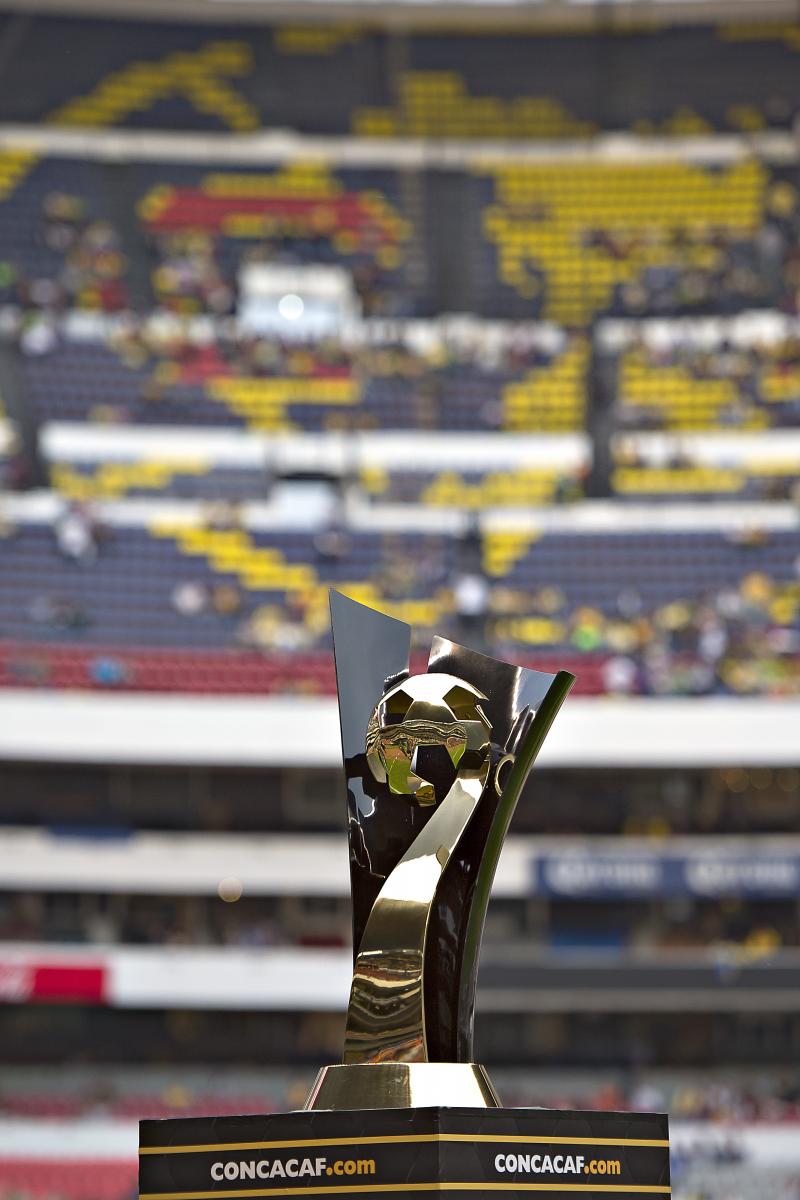 This is how América arrived at the Nacional de Tegucigalpa 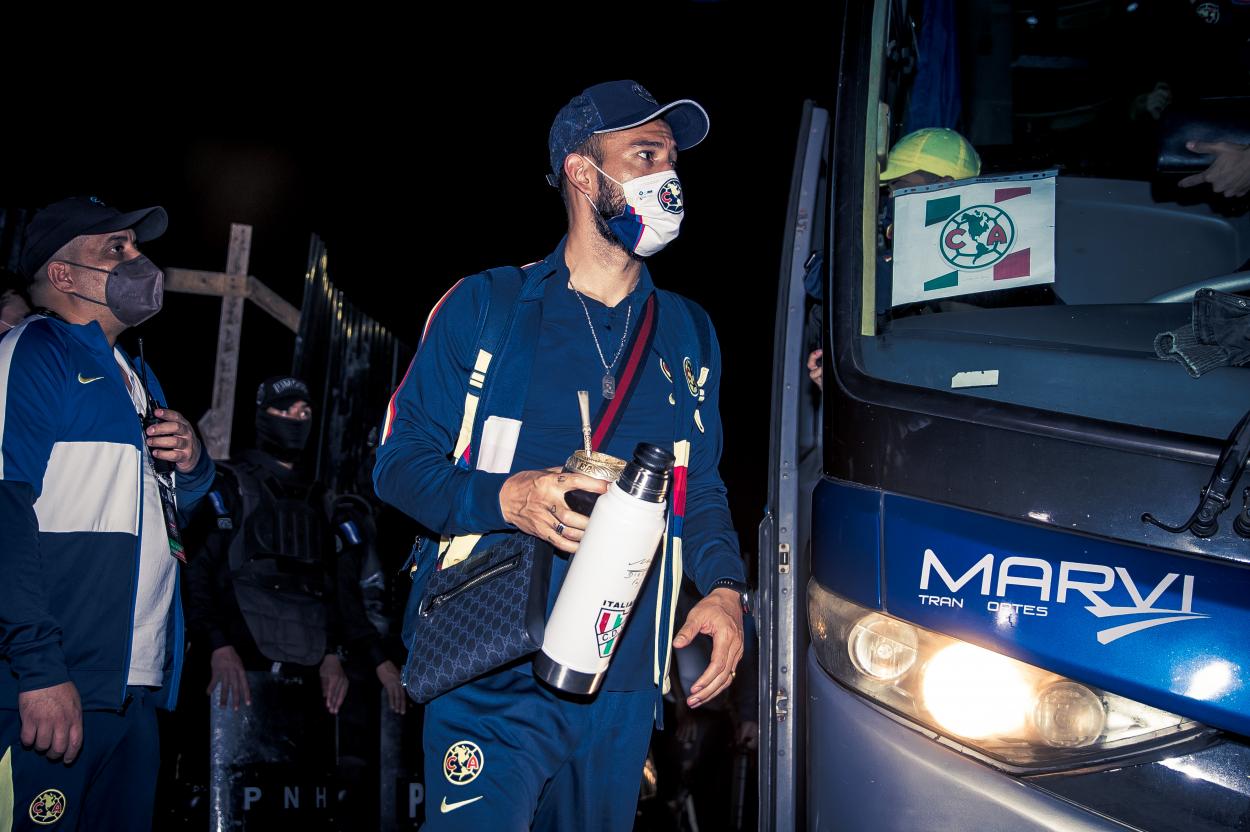 América begins its participation in the Concachampions when it visits the always complicated Olimpia of Honduras. We begin.
6:43 PM8 months ago

Do not miss a detail of the match with the live updates and commentaries of VAVEL. Follow along with us all the details, commentaries, analysis and lineups for this Olimpia vs America match.
6:38 PM8 months ago

This will be the first time that two of the most important teams in Honduras and Mexico, respectively, will face each other in an international tournament.
6:33 PM8 months ago

How to watch Olimpia vs America Live TV and Stream

Santiago Naveda is expected to have minutes on the field, highlighting that despite his youth he has shined in this semester, especially at the start of Guard1anes 2021. 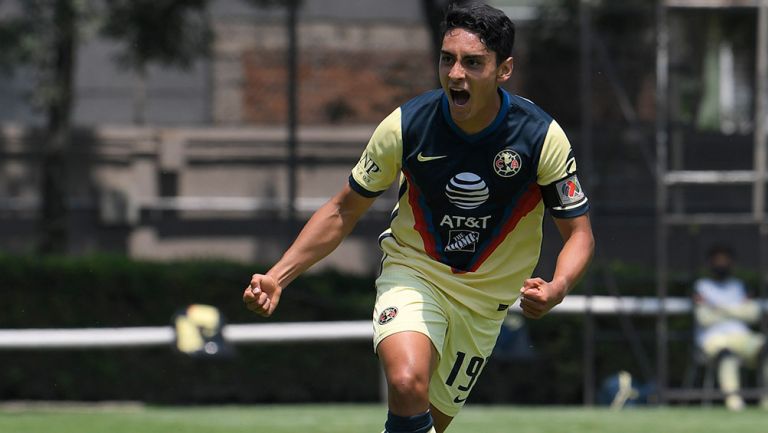 Striker Jerry Bengtson is the experienced man up front who could make the difference from his boots throughout the 90 minutes. 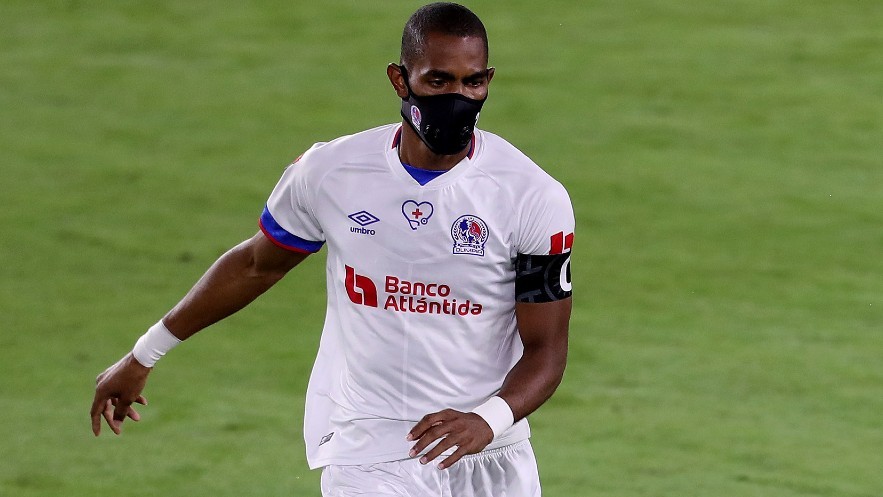 The pandemic conditions in Central America have still allowed the stadiums to reopen and this game will be played without fans.
6:13 PM8 months ago

America: not over confident

Despite their superiority, the Águilas should not be overconfident as they were against Cruz Azul and go for the win from the start to bring a more comfortable result back to Mexico.
5:58 PM8 months ago

Although the outlook looks complicated, Olimpia will have to take advantage of their home conditions in Tegucigalpa to gain an advantage that will allow them to dream of reaching the quarterfinals.
5:53 PM8 months ago

The Olimpia vs America match will be played at the stadium Nacionald e Tegucigalpa, in Honduras. The kick-off is scheduled at 10pm ET.
5:48 PM8 months ago

Welcome to VAVEL.com’s LIVE coverage of the 2021 Concachampions match: Olimpia vs America!