LAFC got their 2021 season off to a good start with a 2-0 victory over expansion club Austin FC at California Stadium.

Corey Baird broke the scoreless deadlock in the 61st minute and Jose Cifuentes added an insurance goal in the first minute of second half stoppage time for the Black and Gold.

There was a bit of controversy in the 22nd minute as LAFC star man Carlos Vela was substituted following a tweak of his knee, but he felt fit enough to remain in the match.

The hosts nearly took the lead in the 53rd minute as center back Eddie Segura saw his header from a corner kick clatter off of the crossbar.

LAFC got a slice of good fortune when they did open the scoring as Baird's shot from outside the area took a wicked deflection before slotting past Austin goalkeeper Brad Stuver to put the Black and Gold on top.

The hosts nearly equalized in the 90th minute as Jon Gallagher was free on a breakaway down the right side, forcing a fine reaction save out of LAFC keeper Pablo Sisniega.

A miscue at the back by Austin set up LAFC's second goal as Kwadwo Opoku fed Cifuentes on the counterattack and the Ecuadorian beat Stuver to cap off a successful opener for the hosts.

Despite the confusion that surrounded Vela's substitution, the Black and Gold took full advantage of playing an expansion team, creating enough chances combined with a bit of luck to pick up all three points.

It wasn't too surprising to see the league's newest team play as they did. LAFC are better in every area and it will take Austin time to settle into their surroundings. With this being the first of seven consecutive road games to start the season, we'll quickly find out just how good --- or bad they are. 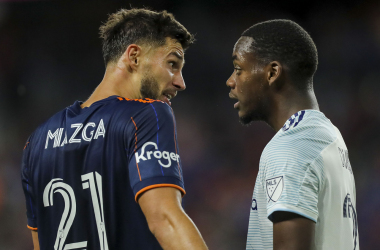 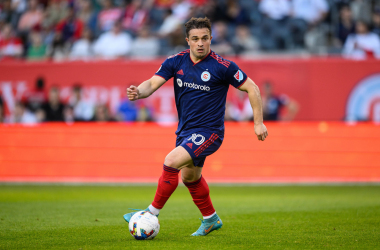