We hope you enjoyed this broadcast corresponding to Matchday 7 of MLS 2021, stay tuned to VAVEL for more news of your favorite teams.
10:00 PMa year ago

Match ended
3-0 victory for DC United that did not allow Inter Miami to react.
9:52 PMa year ago

Corner kick awarded to Miami, they continue to fight until the end.
9:46 PMa year ago

The goal that kills the game

A cross for Higuaín that ends up being cut out by Moreno in the penalty area.
9:38 PMa year ago

Arriola's cross found Kamará, who put in a header that sent the ball into the back of the net with nothing to do for McCarthy.
9:33 PMa year ago

Morgan's cross was left to Figal after a series of rebounds but the ball did not enter.
9:28 PMa year ago

Federico Higuaín's cross was nearly finished off by Figal.
9:26 PMa year ago

Inter Miami came close with a ball that almost kick Carranza in the area.
9:18 PMa year ago

Yellow card for Paul Arriola and Kevin Paredes after a scuffle in midfield.
9:17 PMa year ago

The second half begins.
8:55 PMa year ago

The first half ends with a partial lead for DC United.
8:46 PMa year ago

Good play in which the D.C. player shot with little angle.

Carranza missed, but his shot in the box went just wide of Hamid's post.
8:38 PMa year ago

Ulloa's cross is left behind for Carranza and he cannot finish.
8:32 PMa year ago

Perez ran in from the left side of the area, played the ball to Arriola, who shot alone and beat goalkeeper McCarthy with a left-footed cross.
8:28 PMa year ago

An ugly mistake by Inter Miami at the start that ended in a good score.

The Miami backline lost the ball at the start of the game and Kamara scored with a powerful right-footed shot.
8:19 PMa year ago

Paredes misses alone in the area after a good play by D.C.
8:16 PMa year ago

Free kick for Inter Miami for a handball.
8:10 PMa year ago

The home team is warming up

Everything is ready for tonight's soccer match at the DRV PNK stadium.

Warming up and getting fired up for kickoff at 8pm!#InterMiamiCF pic.twitter.com/nYQL4mkd2N

The fans are present

A group of fans is ready in Miami to support D.C. United. 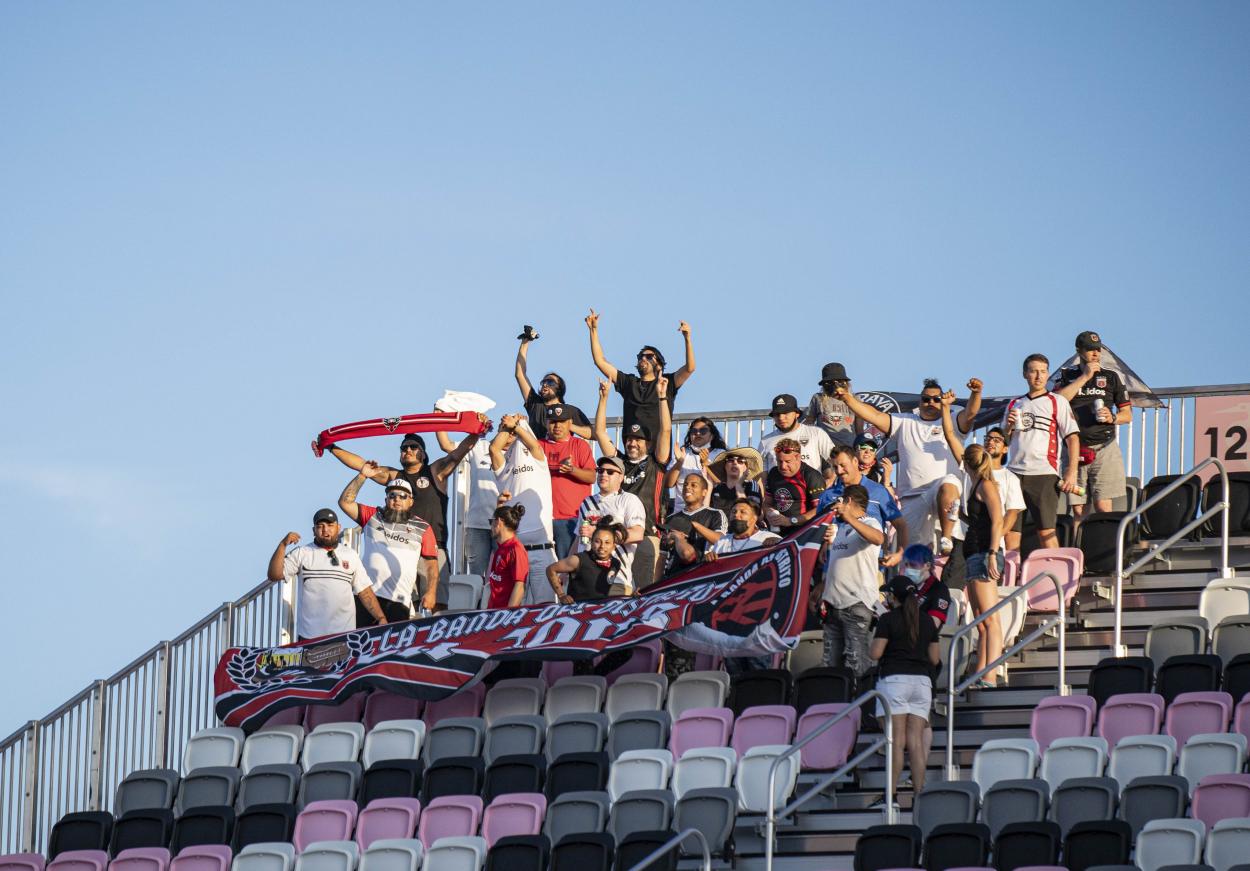 In a few moments we will bring you all the details and line-ups of the match, stay tuned!
11:04 AMa year ago

In a few moments we will bring you all the information, lineups and minute-by-minute of Inter Miami vs DC United.
Stay with us!
10:59 AMa year ago

How and where to watch Inter Miami vs DC United

The television broadcast will be on NBC Sports and CBS Miami.
If you prefer to watch it live online, remember that VAVEL USA is your best option.
10:54 AMa year ago

DC United has two games without scoring, however, this could be the occasion for Edison Flores, who was the one who gave his team the last victory. 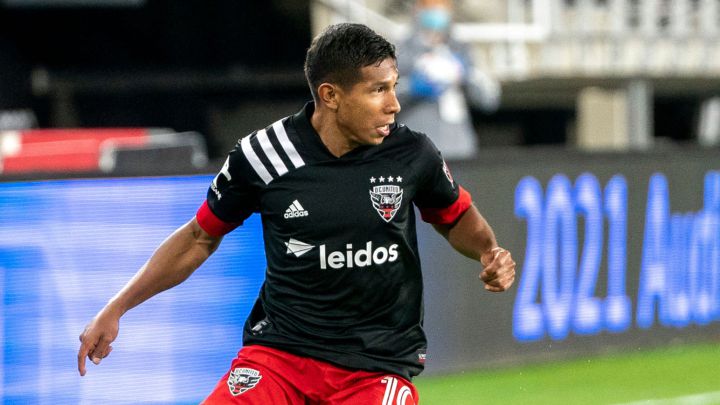 Veteran striker Gonzalo Higuaín has been a key player in the home team's attack, however, he has not been able to perform as well as he would have liked throughout the season. 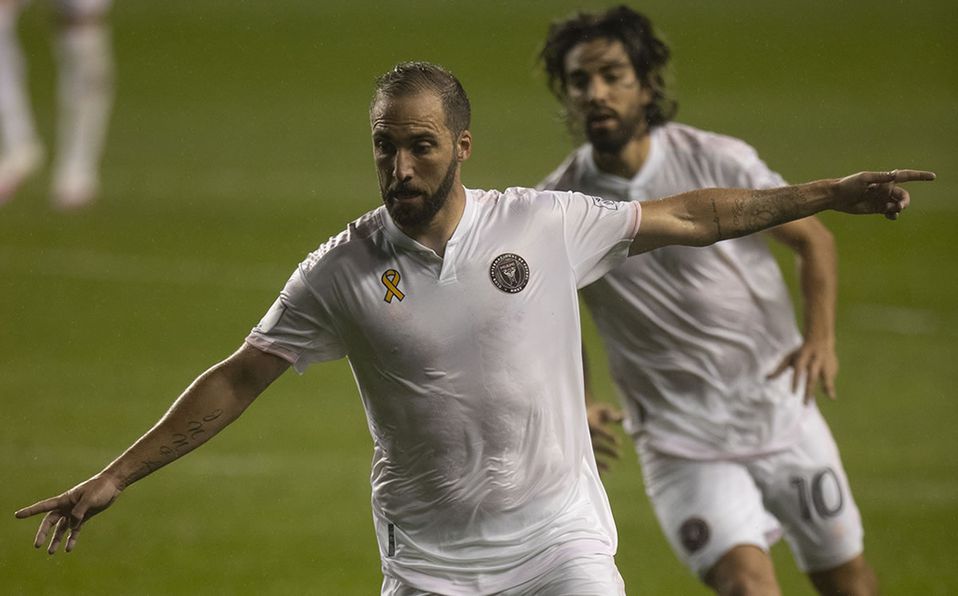 The previous match was for DC United, as they defeated Inter 2-1 at home with goals from Yamil Asard and Frédéric Brillant, while Rodolfo Pizarro scored the consolation goal.
10:39 AMa year ago

DC United near the last place

With two consecutive defeats, the visitors will be looking to pick up the pace, as they are currently in 11th place out of 14.
10:34 AMa year ago

In the previous matchday, the home team was defeated by the Chicago Fire 1-0, and is currently out of the playoffs.
10:29 AMa year ago

The Inter Miami vs DC United match will be played at the DRV PNK Stadium, in Florida, USA.
The kick-off is scheduled at 8:00pm ET.
10:24 AMa year ago

Toronto FC vs Seattle Sounders preview: How to watch, team news, predicted lineups, kickoff time and ones to watch 4 hours ago

Charlotte FC vs Austin FC preview: How to watch, team news, predicted lineups, kickoff time and ones to watch 3 days ago

Chicago Fire vs Philadelphia Union preview: How to watch, kick-off time, team news, predicted lineups, and ones to watch 5 days ago