NOR4
END6 hours ago

See you next time! Thanks to you who followed us in another friendly match of National Teams. Stay tuned to the portal, follow the match live here on VAVEL USA
1:56 PMa year ago

A cross into the box from the right, Świderski receives the ball, gets the ball on his chest, gets the spin over two markers and finishes to score. 2 to 2!
1:50 PMa year ago

Kozlowski shoots from outside the area, Rúnnarsson gives a rebound to the striker's foot, but recovers and saves, on the left side the ball is crossed in the area again, Kozlowski head out dangerously
1:40 PMa year ago

Gunnarssonn takes a free-kick from the edge of the goal with a lot of force, it goes in the center of the goal and forces Zsczesny to save in two times
1:30 PMa year ago

Klich receives Lewandowski's throw-in alone in the box, heads it past Rúnnarsson, but the Iceland goalkeeper saves
1:15 PMa year ago

In a corner kick from the left, Moder makes the cross in the area, but the defense cuts the danger from above
1:05 PMa year ago

The ball is crossed in the area, but the defense takes a corner kick
1:00 PMa year ago

Krychowiak takes a free-kick, but the ball explodes off the wall and goes out of dan
12:50 PMa year ago

Lewandowski makes a great move on the left wing, passes into the middle of the box, Świerczok receives it and spins over his marker to get the shot into the center of the goal. Rúnnarsson saves!
12:40 PMa year ago

Świerczok receives at speed the back of the defense, invades the area and shoots hard and cross, but the ball goes over the goal
12:35 PMa year ago

A cross in the box on the left side, the defense can't clear it, the ball goes to Bjarnason who shoots in the corner with no chance for Szszesny
12:25 PMa year ago

Baldursson is cautioned
12:00 PMa year ago

Thórarinsson takes a dangerous free-kick inside the box, but Szczesny gets out of the way and keeps the ball
11:55 AMa year ago

Frankowski takes the ball through the middle at speed, the Iceland defense opens space, and he shoots very hard and over the goal
11:50 AMa year ago

Świerczok gets in on the left, makes a low cross into the box for Lewandowski, the defense misplaces it, and it's left for Moder to finish off
11:45 AMa year ago

Świerczok gets on the end line, makes a low cross, the Iceland defense cuts it off badly, and the ball is left cleanly for Zielínski to push it into the back of the net. 1 to 1!
11:40 AMa year ago

After the referee disallowed the goal for offside, VAR analyzes the play and Gudmundsson's goal is valid. 1 a 0!
11:30 AMa year ago

In a rehearsed corner kick, Gunnarssonn shouldered the ball with his foot at the first post, the ball goes to Boovarsson free in the small area, in an irregular position, and he scores.
11:20 AMa year ago

Thórarinsson is quick to set up on the left side of the field and gets a low cross into the box, but Glik gets there and cuts it off
11:15 AMa year ago

Bjarnason steals the ball in the backfield, goes forward at speed, invades the area and shoots at the goal, but the ball goes into the net from outside
11:10 AMa year ago

Moder takes a fierce corner kick in the box, but goalkeeper Rúnnarson comes out of his goal to punch it away
11:05 AMa year ago

A low cross in the box, the defense cuts it off badly, it is left alive to Lewandowski, who passes to Moder, he gets to the bottom line and shoots a cross, but Rúnnarsson saves
11:00 AMa year ago

In a fast counter-attack pulled by Lewandowski, he makes a cross in the area, Hermannsson cuts it off, on the left Zielínski arrives finishing from midfield, but the ball deflects off the defense and goes out
10:55 AMa year ago

Lewandowski makes a table outside the area with Puchacz, who goes to the back line and crosses, but Bjarnason head away
10:50 AMa year ago

Gudmundsson takes the ball through the middle, goes forward and passes to Boovarsson on the left side, he shoots straight at goal but gets in the hands of goalkeeper Szczesny
10:45 AMa year ago

Lewandowski receives a throw-in on the attack field, takes it to the left side and crosses into the box, but goalkeeper Rúnnarsson punches it away
10:40 AMa year ago

The teams enter the field to start the game
10:30 AMa year ago

With about 10 minutes to go until the start of the game, Poland and Iceland have already finished warming up
10:25 AMa year ago

The teams enter the field to warm up in preparation for the game later today
10:20 AMa year ago 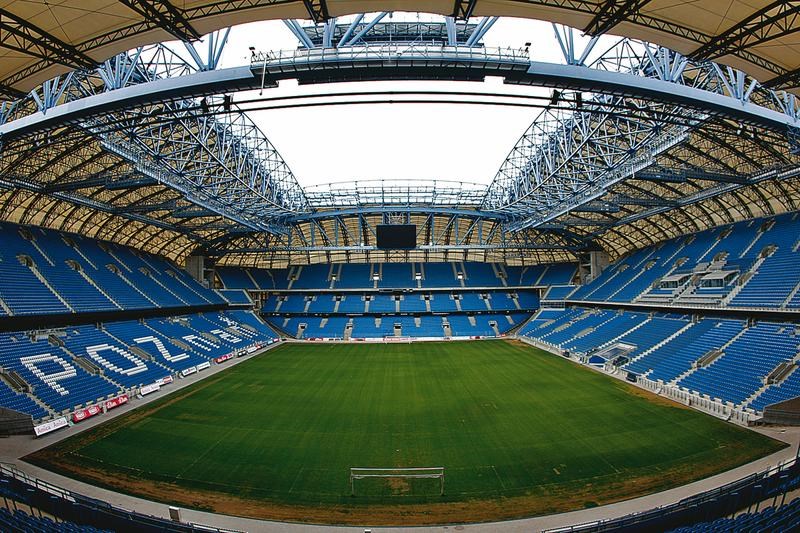 From now on, you can follow the pre-match and live streaming of Poland vs. Iceland in a Eurocup warm-up match here on Vavel USA. The ball starts rolling at 12:00 am ET.
9:50 AMa year ago

Where and how to watch Poland vs Iceland live on TV in real time?

Where and how to watch the Poland vs Iceland match LIVE online?

It is possible to watch the match exclusively on VAVEL, which will broadcast the match in real time.
9:40 AMa year ago

Hello fans! From now on you can follow live and in real time all the plays and news from the match between Poland vs Iceland live in a friendly match in preparation for the Euro Cup 2021. The duel takes place on Tuesday (08), at 12:00Am ET, in the Municipal Stadium in Poznań.