It's over!!! France beats Bulgaria and closes its preparation in great shape
5:02 PMa year ago

Near the fourth! Shot from outside the box by Pogba, but the ball goes wide.
5:01 PMa year ago

France's goal! Giroud is back and has already scored his brace
4:59 PMa year ago

Double change for the French. Yedder and Sissoko replace Mbappé and Tolisso.
4:54 PMa year ago

Bulgaria comes close to equalizing! Great pass from Iliev, but Karagaren fails to make an impact with the ball and misses a clear chance.
4:44 PMa year ago

Great play by Pogba between the Bulgarian defenders, but the same defense deflects the ball when he shoots.
4:42 PMa year ago

Bulgaria changes. Hristov and Karagaren are replaced by Yankov and Turistov.
4:41 PMa year ago

Naumov again! Digne's shot, but the goalkeeper saves the ball.
4:36 PMa year ago

Double change for France. Dembelé and Lemar are replaced by Griezmann and Kanté.
4:36 PMa year ago

Uff! Pavard was encouraged to shoot, but the direction is not good and the ball goes wide.
4:33 PMa year ago

Good cross from Pogba, but Hristov is attentive and deflects the ball.
4:33 PMa year ago

Lloris is saving France, the Bulgarians have woken up.
4:32 PMa year ago

Triple change for the visitors. Minchev, Tsvetanov and Iliev are replaced by Iliev, Kraev and Despodov.
4:23 PMa year ago

Change of France at halftime. Lucas Hernandez comes off for Digne
4:17 PMa year ago

The second half gets underway in France.
4:00 PMa year ago

At the end of the first half, Griezmann scored to give France a narrow lead.
3:58 PMa year ago

A long pass for Depodov that ends up at the feet of Lloris.
3:52 PMa year ago

Close! Mbappé's service that Griezmann hits beautifully, but the goalkeeper manages to deflect it wide.
3:50 PMa year ago

He can't take it anymore! Benzema leaves injured to applause
3:43 PMa year ago

France's goal! Griezmann scored with a bicycle kick to score the first of the night.
3:40 PMa year ago

What a save! Great intervention by the goalkeeper to prevent France's first goal.
3:34 PMa year ago

Good intervention by Kimpembe to prevent the arrival of the Bulgarian attack.
3:24 PMa year ago

Goalkeeper! Great play by Mbappé, who ends up shooting at goal, the goalkeeper makes a good save and Benzema tries to counter-attack without success.
3:17 PMa year ago

Kanté comes close to hitting the ball, but the defense blocks the ball.
3:13 PMa year ago

France appears! Excellent driving by Mbappé, who ends up sending a cross shot and it goes over the end line.
3:11 PMa year ago

Kick-off in Saint-Denis, the last friendly match before the European Championship
3:08 PMa year ago

Both teams are already on the field and the anthems are sung.
3:03 PMa year ago 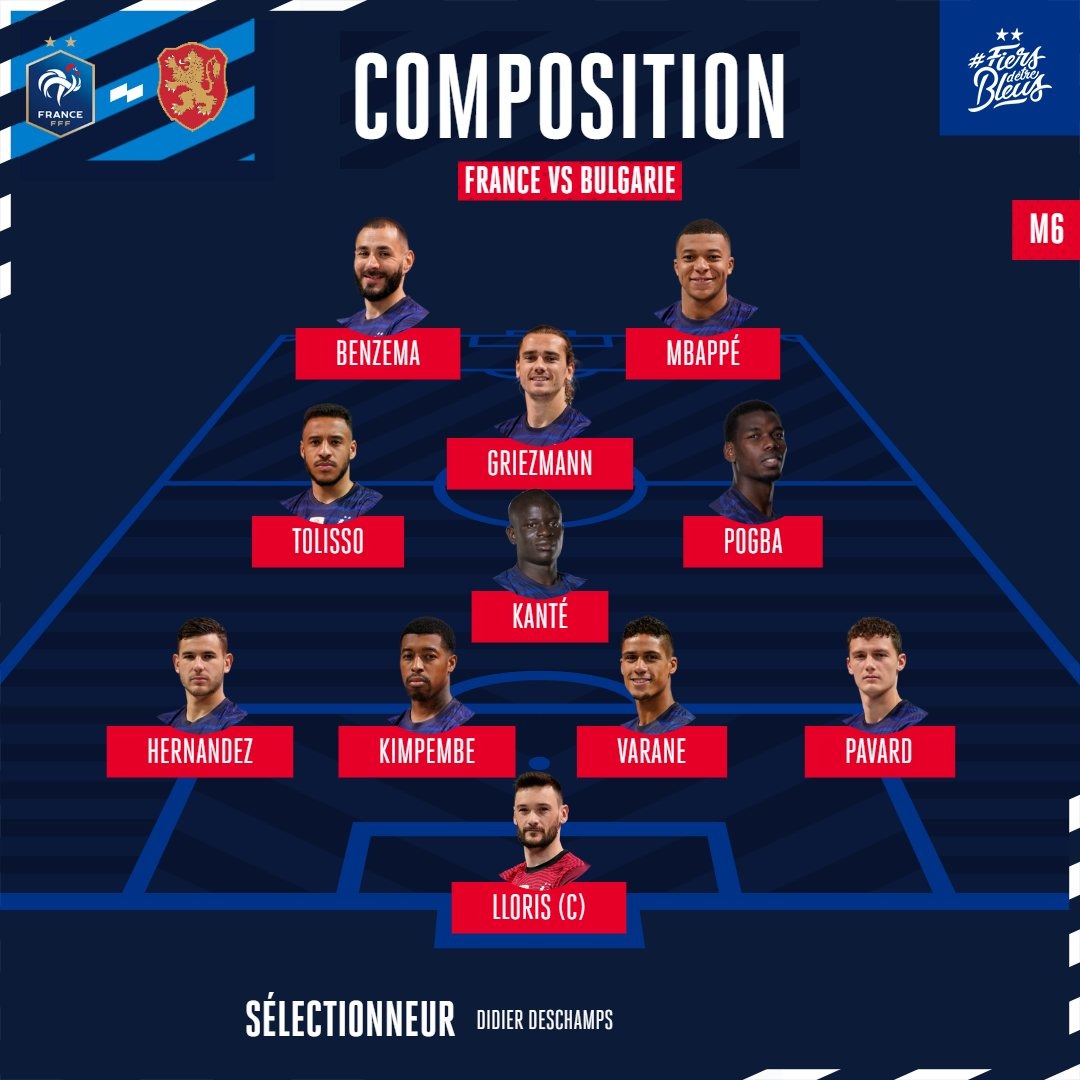 Both teams are already on the field warming up before the match.
2:42 PMa year ago

This is what the French dressing room looks like for this afternoon's match.
2:40 PMa year ago

Deschamps' men are already at the stadium, ready for this afternoon's match.
4:44 AMa year ago

Do not miss a detail of the match with the live updates and commentaries of VAVEL. Follow along with us all the details, commentaries, analysis and lineups for this Francia vs Bulgaria match.

How to watch France vs Bulgaria Live TV and Stream

If you want to watch the game on TV, your options are: Skysports.

If you want to directly stream it: Sky App.

The holding midfielder has been recovering from the injury he suffered against Ukraine and could make his comeback for this match. Deschamps declared: "I saw the Kanté we are used to seeing again. 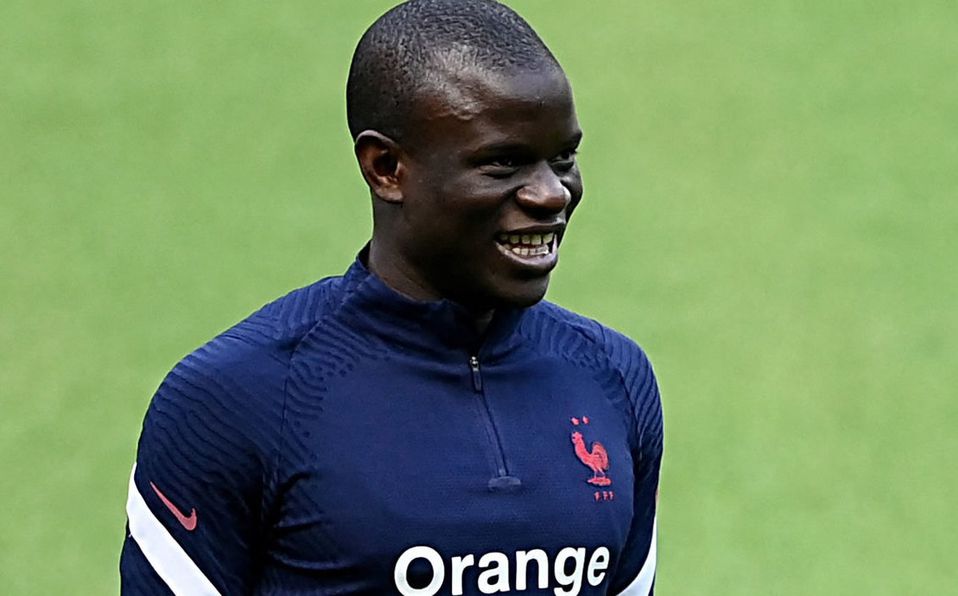 The fans are back |

After a year and months of pandemic, this will be the first game that will have fans in the stands, 5 thousand will be in attendance. 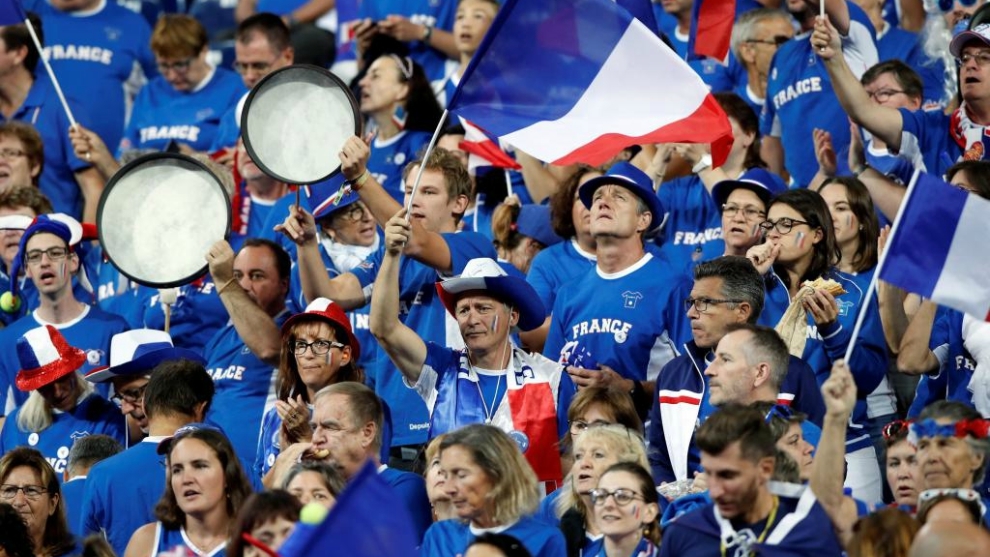 This match will be the last that the French will play before the European Championship, where they will make their debut against Germany.
4:14 AMa year ago

The French, led by Deschamps, have a good atmosphere in their camp, where they declare themselves ready to face Bulgaria. 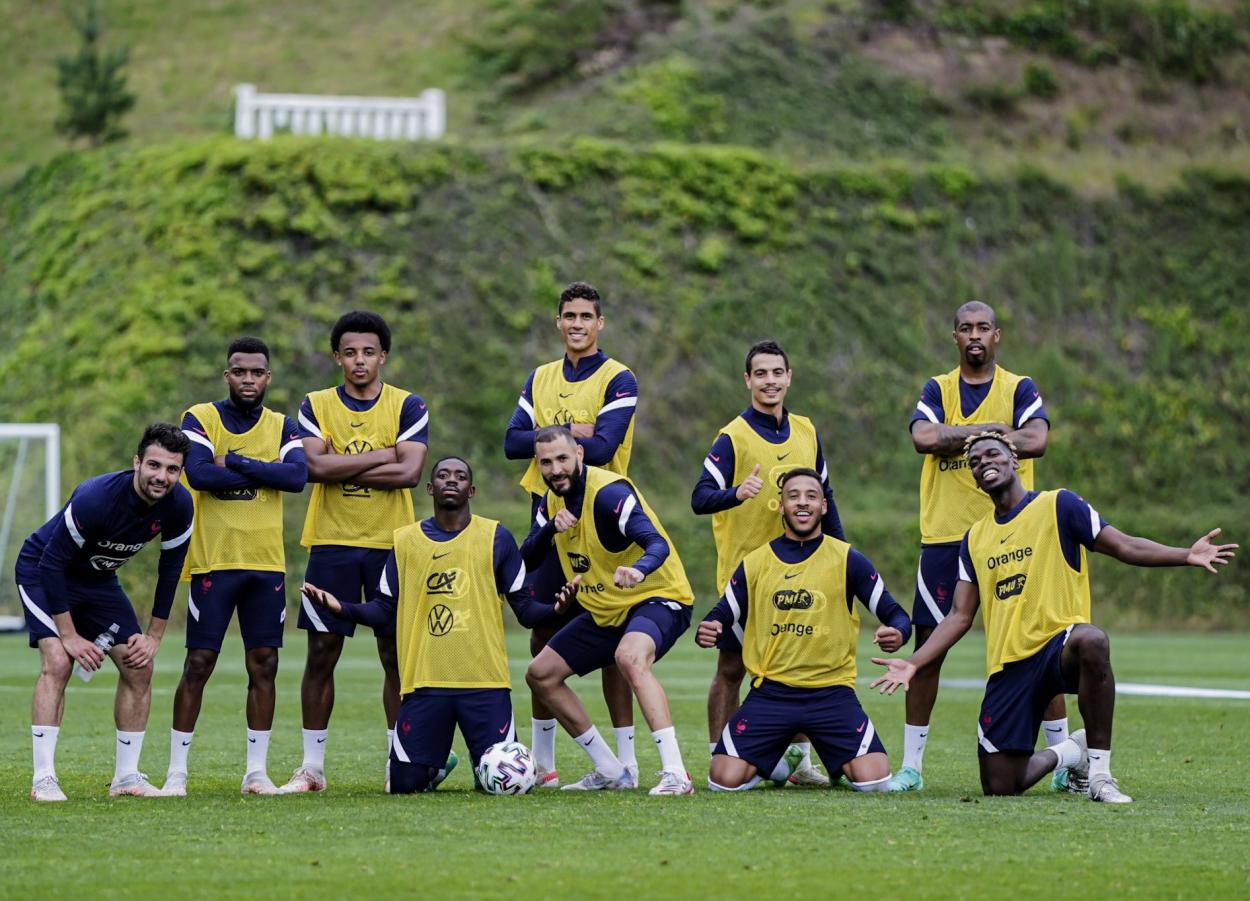 Bulgaria on the decline

The Bulgarians failed to show their best and lost to Russia by the minimum, so in this match they will try to get back to winning ways. 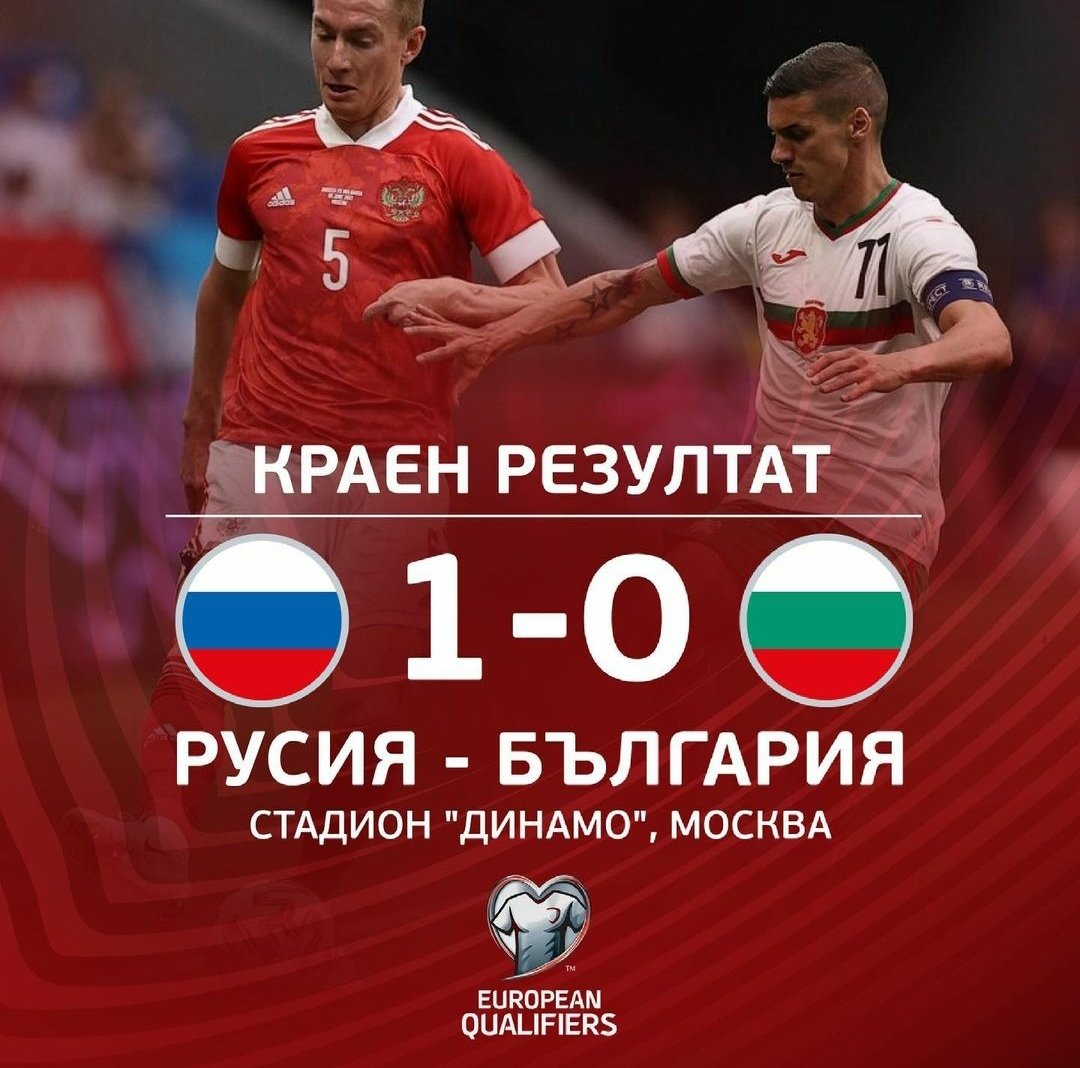 They are coming in strong!

France arrives after beating Wales 3-0, Dembelé, Griezman and Mbappé were in charge of putting the ball in the Welsh goal. 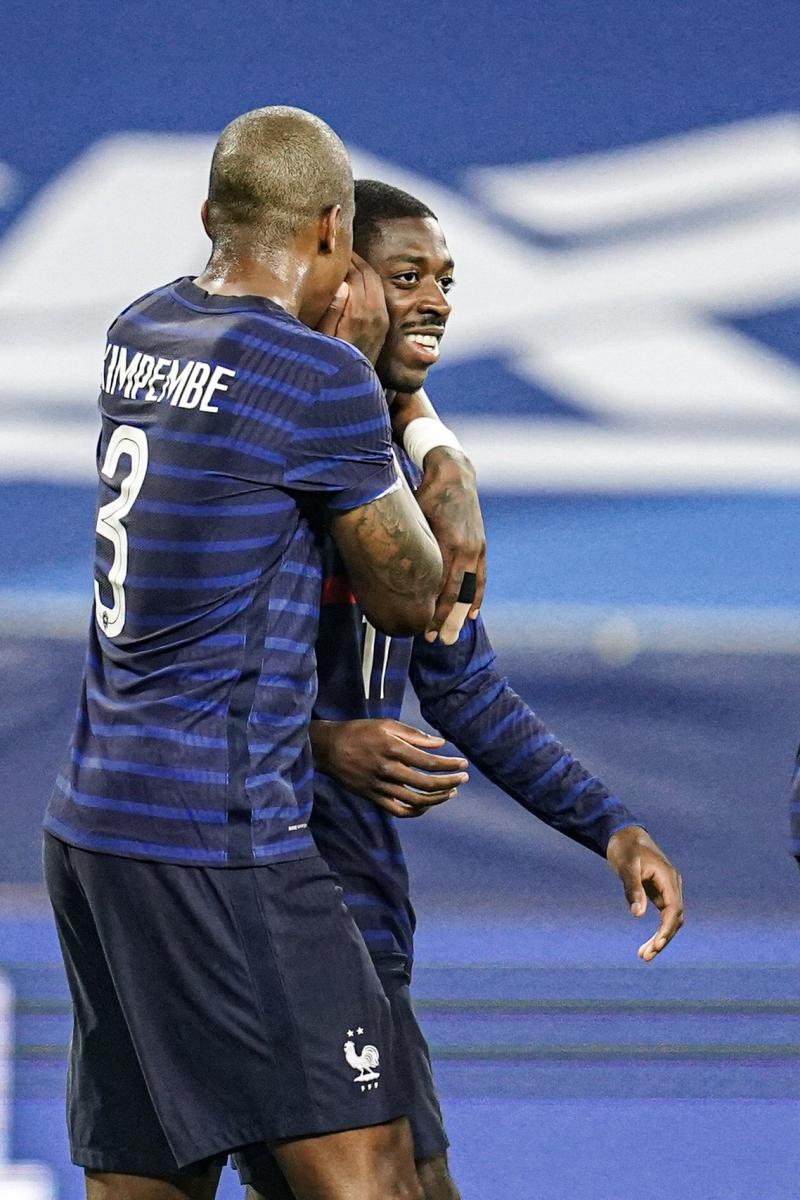 The France vs Bulgaria match will be played at the Stade de France, in Saint-Denis, France. The kick-off is scheduled at 14:10pm ET.
3:54 AMa year ago

Welcome to VAVEL.com’s LIVE coverage of the 2021 Friendly match: Francia vs Bulgaria!

Toronto FC vs Seattle Sounders preview: How to watch, team news, predicted lineups, kickoff time and ones to watch 4 hours ago
//