Thank you for following this match on VAVEL USA! Until the next time.
4:06 PMa year ago

Star of the match

Dumfries, man of the match after his good game and scoring the winning goal for his team. 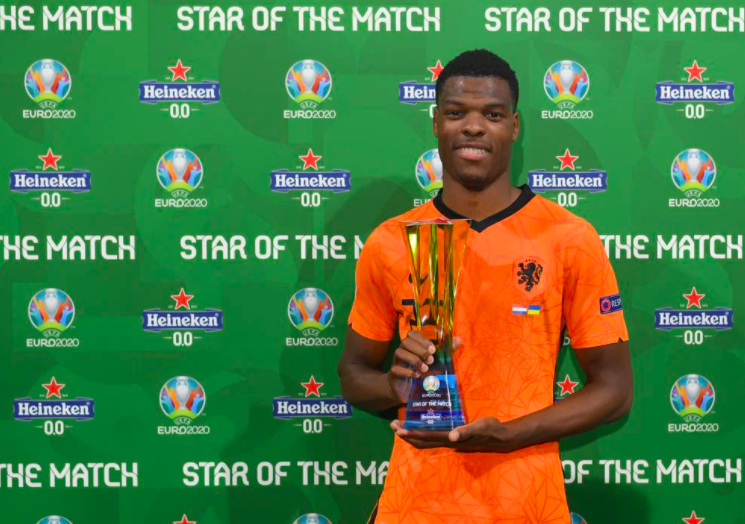 In the next group stage match in Group C, the Netherlands will face Austria and Ukraine will take on North Macedonia. 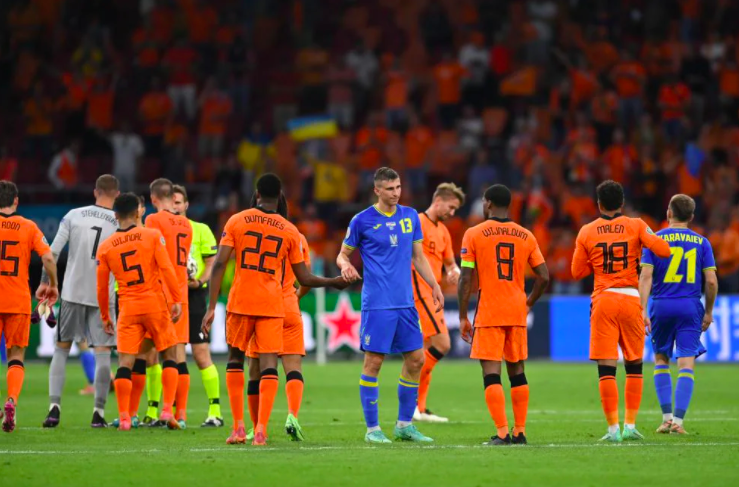 The Dutch team is second in Group C behind Austria, tied on points. Ukraine was close to salvaging a draw.

The match is over! The Netherlands wins the match. Netherlands 3-2 Ukraine.
3:49 PMa year ago

The referee adds five more minutes to the match.
3:47 PMa year ago

This was the goal that tied the game

This was the ukranian goal

Yaremchuk is encouraged with a powerful shot outside the box, but Stekelenburg keeps the ball.
3:28 PMa year ago

Twenty minutes to go and the Netherlands dominate the game and the scoreboard.
3:24 PMa year ago

Netherlands: Van Aanholt and Daley Blind are out; Owen Wijndal and Nathan Ake are in.
3:19 PMa year ago

This was the first goal

The Dutch goal is confirmed.
3:16 PMa year ago

The VAR is checking for a possible offside on the Netherlands goal.
3:16 PMa year ago

The Netherlands are encouraged to go for the second goal. Weghorst kicks but Bushchan saves well.
3:10 PMa year ago

The second half starts! Netherlands 0-0 Ukraine.
2:48 PMa year ago

The hero of the first half

Great performance in the first half by Ukrainian goalkeeper Gueorgui Bushchan. 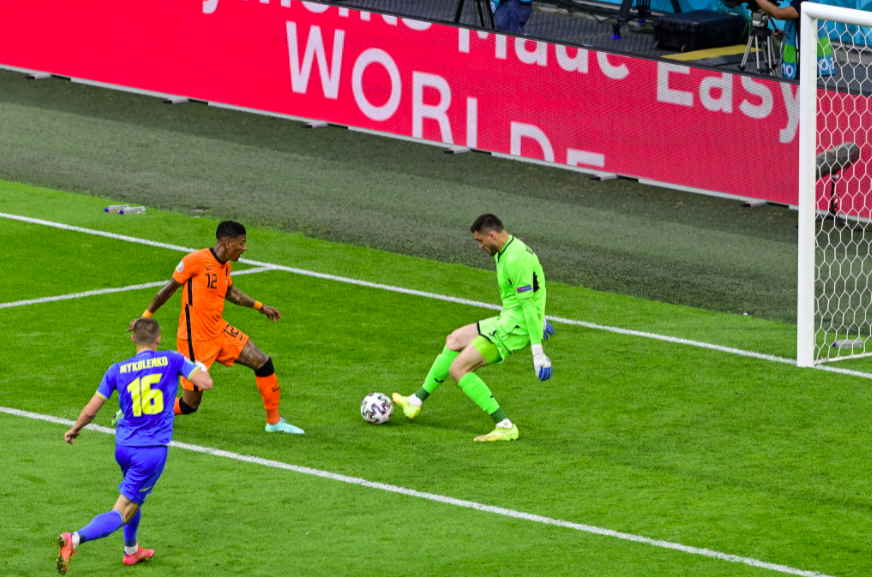 Yarmolenko continues to insist on the right side of the area, but is unable to get a comfortable kick on goal.
2:43 PMa year ago

NETHERLANDS MISSES THE CLEAREST GOAL! Cross into the area, Dumfries gets his head to it but he heads it wrongly and has a terrible miss.
2:40 PMa year ago

BUSHCHAN AGAIN! With a one-handed save and great reflexes, the Ukrainian again prevents another goal for the home team.
2:37 PMa year ago

Van Aanholt is encouraged to kick outside the area, but the ball goes over the Ukrainian goal.
2:33 PMa year ago

Depay's cross was looking for Weghorst who failed to reach the ball. The Dutch keep pushing.
2:28 PMa year ago

Again the Ukrainian goalkeeper! Bushchan bravely comes out for the ball and prevents Weghorst's goal.
2:26 PMa year ago

A cross into the Ukrainian area and the ball passes without anyone being able to get a shot on goal.
2:24 PMa year ago

First fifteen minutes of the match and both areas have already been dangerous. A very lively match at the Johan Cruyff Arena.
2:14 PMa year ago

Ukraine: Due to injury, Oleksander Zubkov is out and Marlos is in.
2:07 PMa year ago

Bushchan! After a series of passes in the area, the Ukrainian goalkeeper saves and prevents Netherlands' first goal.
2:04 PMa year ago

Ukraine responds! Yarmolenko appears on the right to cross, but the defense crosses to send the ball to a corner kick.
2:03 PMa year ago

THE NETHERLANDS COME CLOSE! Memphis Depay takes advantage of a counter-attack to carry the ball from midfield and shoot with his left foot, but the Ukrainian goalkeeper saves well and saves his team.
2:00 PMa year ago

At home, Dutch fans begin to enter the stadium.

An Orange army in the stands tonight 🔶💪#NEDUKR #EURO2020 pic.twitter.com/AZrCDxkFv9 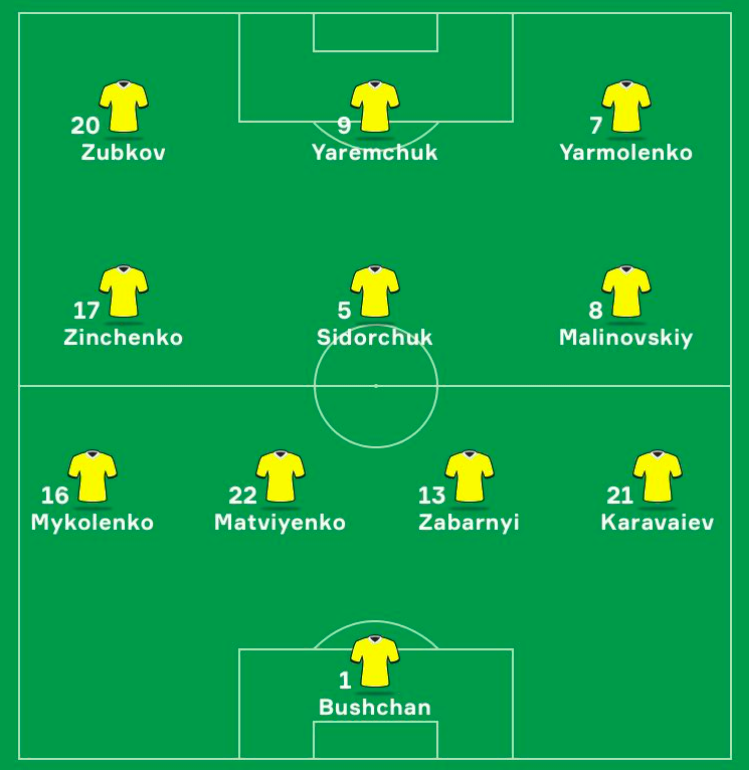 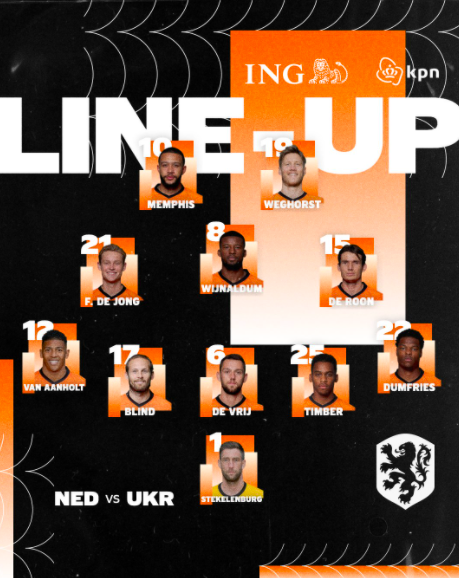 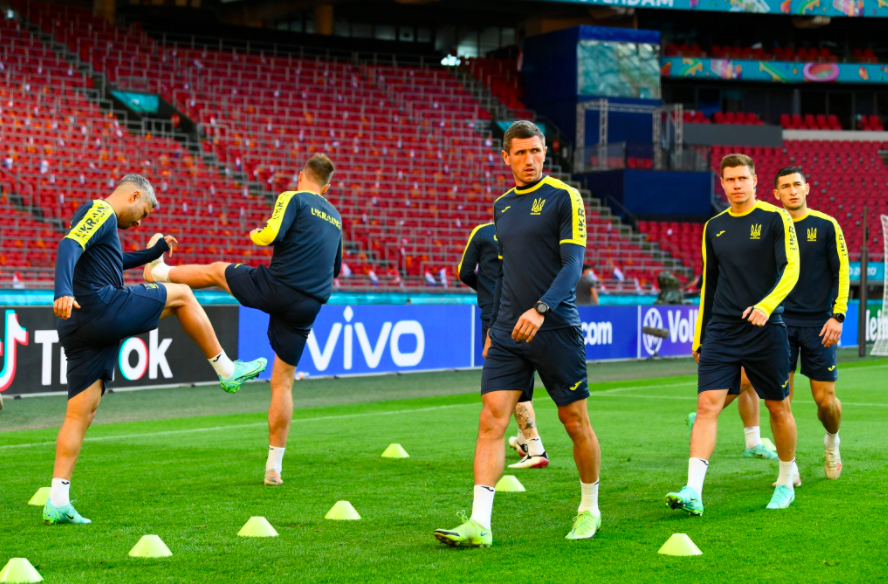 The players enter the court to greet the fans and do warm-up exercises. 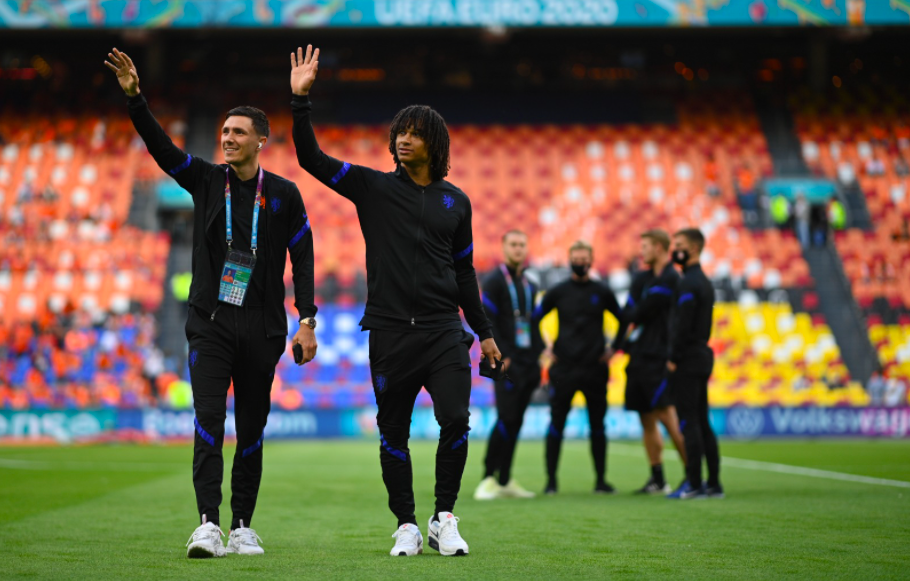 After the incident suffered by Christian Eriksen, the Dutch fans show their support for the player. 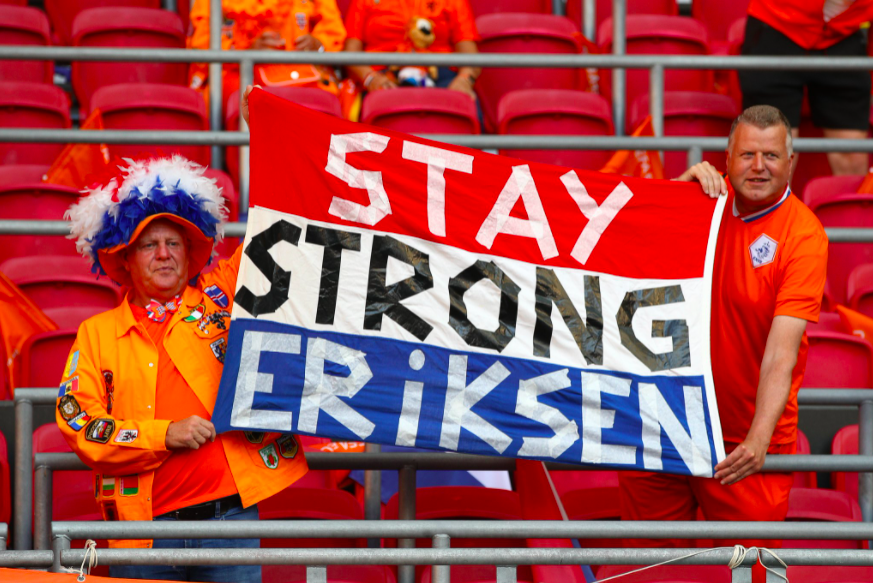 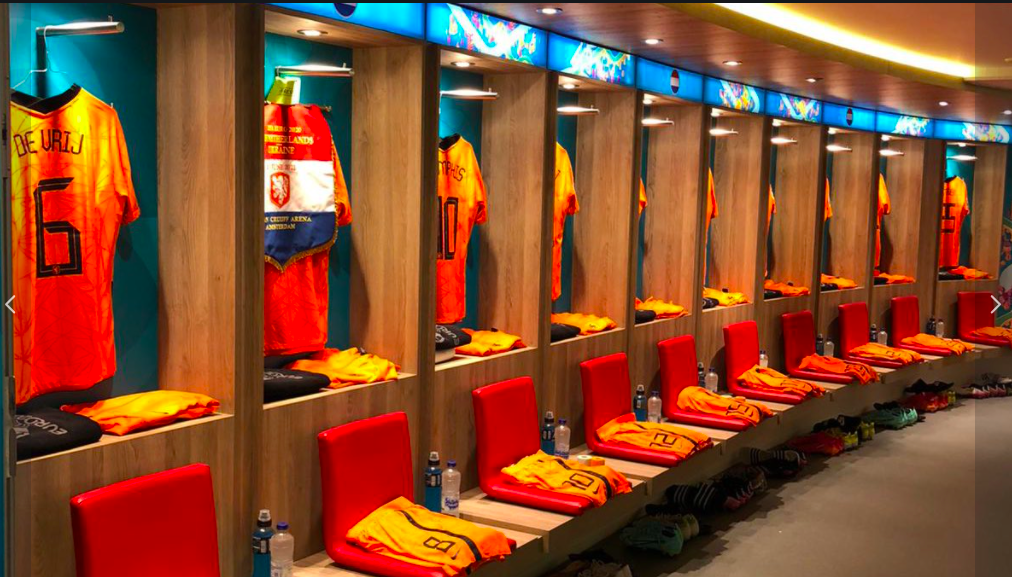 The Netherlands beat Georgia 3-0 in World Cup 2022 qualifiers. Ukraine did the same with Cyprus, beating them 4-0.
1:04 PMa year ago

The Johan Cruyff Arena, formerly known as Amsterdam Arena, will host this match. It is a sports venue located in the city of Amsterdam and is home to Ajax Amsterdam of the Eredivisie. 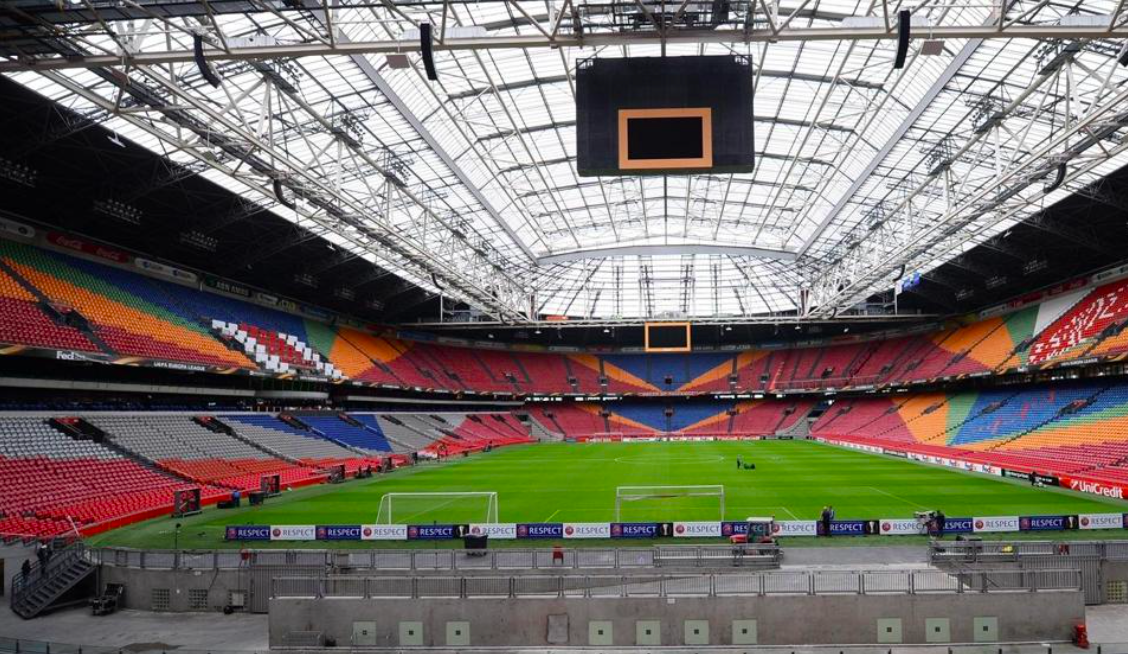 Do not miss a detail of the match with the live updates and commentaries of VAVEL. Follow along with us all the details, commentaries, analysis and lineups for this Netherlands vs Ukraine match.
3:58 AMa year ago

How to watch Netherlands vs Ukraine Live in TV and Stream

If you want to watch the game Netherlands vs Ukraine live on TV, your options is: ESPN.

Oleksandr Zinchenko | He has become one of the key players of the Ukrainian national team. At just 24 years of age, this left-back is able to adapt both when it comes to defending and when it comes to getting up the flank and participating in counter-attacks. 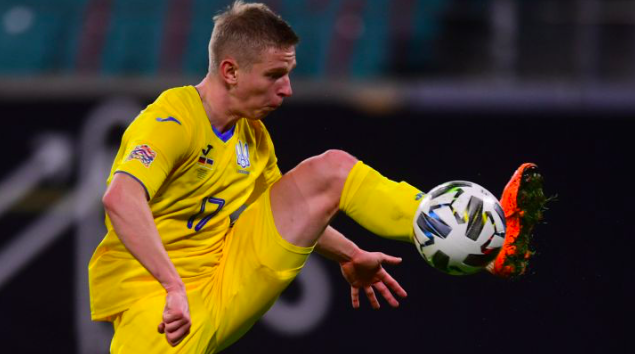 Memphis Depay | The Lyon striker is one of the stars of the Netherlands. At 27 years old, he is going through an excellent moment and in the absence of Van Dijk, and the absence of De Jong for this match, Depay will be in the spotlight. A player who can be a leader in the offensive line without having top attackers. 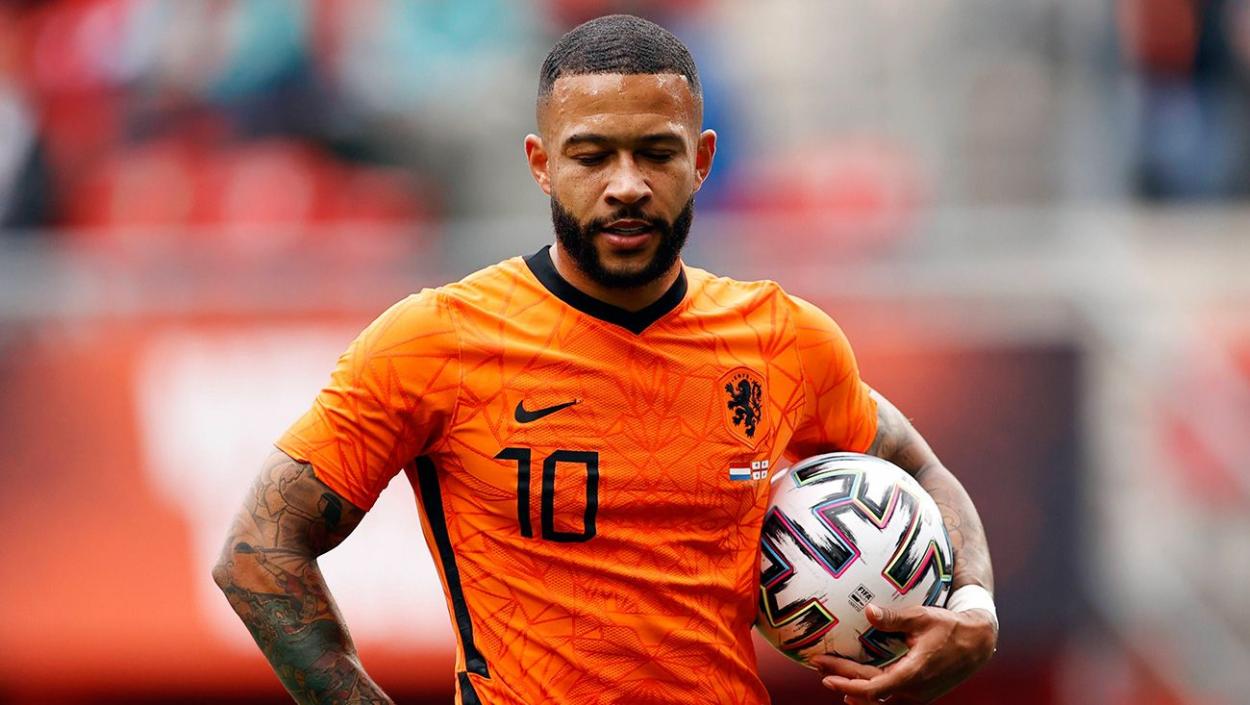 The Ukraine national team, coached by Andriy Shevchenko, will be looking to be one of the surprises of this Euro 2020. Ukraine arrives after finishing first in their group, in which they finished ahead of Portugal. The Ukrainian team did not lose a single match and won six matches while drawing two others. Undoubtedly, a team that can make a lot of discomfort in group C. 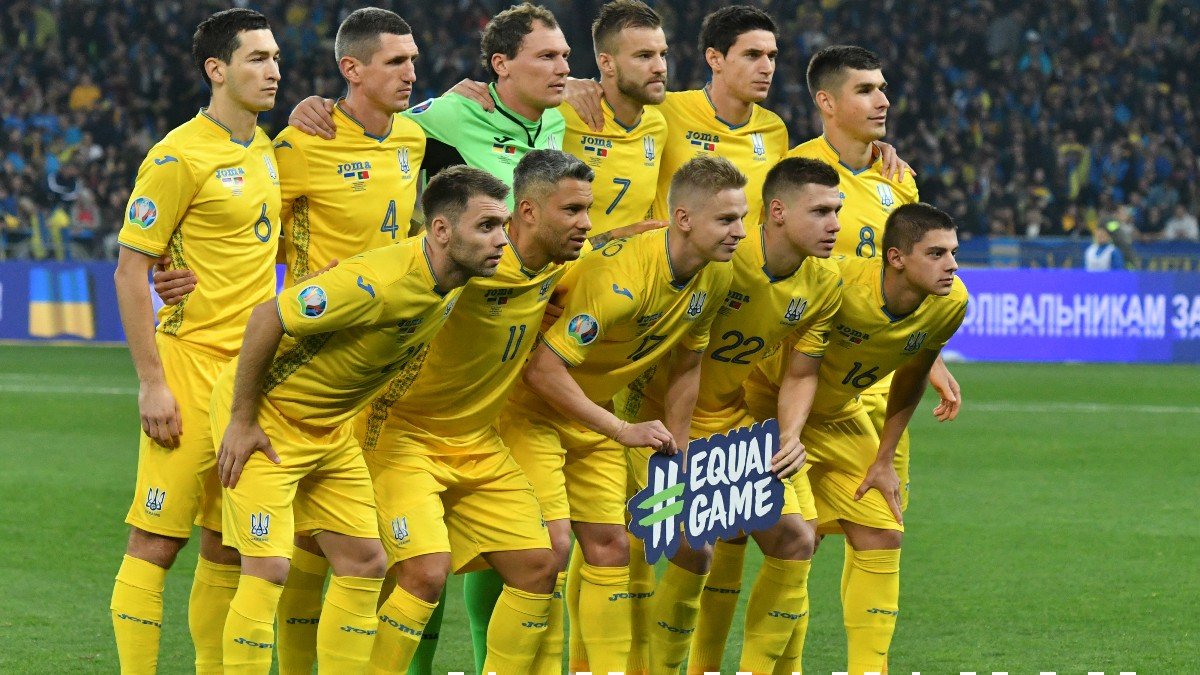 The return of the 'Clockwork Orange'

After missing out on the last Euro and the 2018 World Cup, the Netherlands return to official competitions in a major tournament and will do so at home, no less. Ronald Koeman's successor, Frank de Boer, will be without star defender Virgil Van Dijk and Jasper Cillesen. 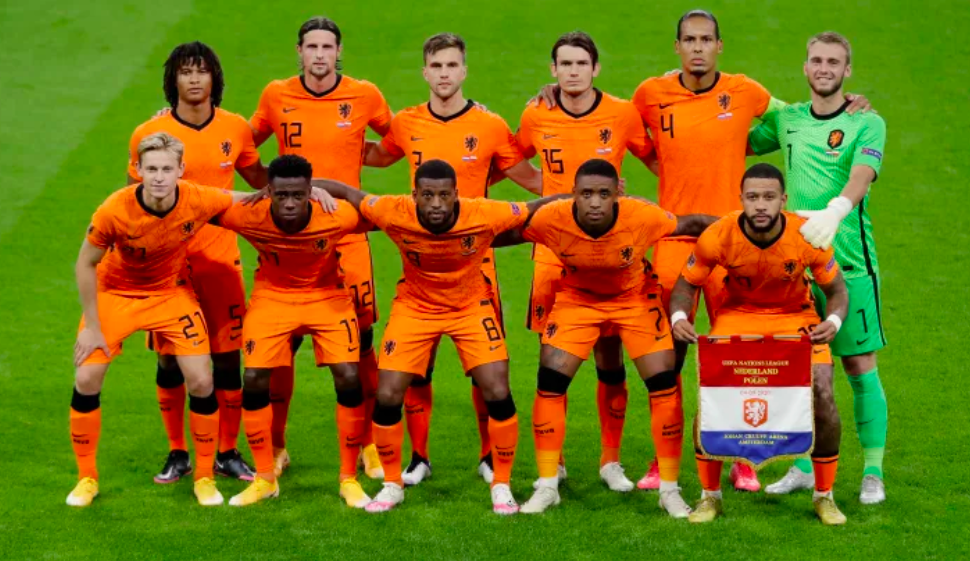 The Netherlands vs Ukraine match will be played at the stadium Amsterdam Arena, in Amsterdam, Netherland. The kick-off is scheduled at 15:00 pm ET.
3:13 AMa year ago

Welcome to VAVEL.com’s LIVE coverage of the Euro 2020: Netherlands vsUkraine