PER1
END17 hours ago

Thank you for following the Denmark vs Belgium Euro 2020 matchday 2 broadcast on Vavel.com.
1:56 PMa year ago

Qualified to the round of 16

Belgium pressed the accelerator in the second half to take a victory that qualifies them for the Round of 16, while Denmark will be looking for a miracle on the last matchday.
1:55 PMa year ago

Meunier with the shot from midfield when the goalkeeper had gone to shoot, but the defender saves in his area.
1:53 PMa year ago

Hazard is cautioned and Denmark will have one last chance from a set piece.
1:50 PMa year ago

Jensen's shot from half distance goes wide.
1:46 PMa year ago

Braithwaite's header from inside the box hits the crossbar and goes over for the Danes' misfortune.
1:43 PMa year ago

Braithwaite's cross from across the area was not met by Braithwaite.
1:40 PMa year ago

Braithwaite's shot, which the defense opportunely sweeps aside and pushes aside.
1:33 PMa year ago

De Bruyne's shot from mid-range and powerfully past the goalkeeper to make it 2-1.

Damsgaard is cautioned for a foul inside the box.
1:28 PMa year ago

Damsgaard's shot from outside the area is saved by Courtois.
1:24 PMa year ago

A dangerous corner kick in the six-yard box is cleared by the Danish defense.
1:21 PMa year ago

In Hazard and out Carrasco. Belgium change.
1:19 PMa year ago

Leander Dendoncker is out, Axel Witzer is in. Belgium change.
1:16 PMa year ago

Braithwaite's cross is deflected by the defense and sent to a corner.
1:14 PMa year ago

Triangulation between Lukaku, De Bruyne and Hazard inside the six-yard box to make it 1-1.

Delaney's shot from half distance goes wide.
1:05 PMa year ago

Braithwaite's mid-range shot is deflected by the defender, but the referee awards a goal kick.
12:45 PMa year ago

Belgium begins to control the ball for longer, but still lacks depth down the flanks.
12:36 PMa year ago

Damsgaard's cutback and cross shot goes inches past the base of the post.
12:34 PMa year ago

Carrasco's corner kick is saved by the goalkeeper.
12:34 PMa year ago

The detail to Eriksen

Belgium tries, but has failed to shake off Denmark's dominance in the opening minutes of the game.
12:19 PMa year ago

Braithwaite with a header at the near post that goes wide.
12:14 PMa year ago

Poulsen's lobbed shot from inside the box goes high and wide.
12:09 PMa year ago

Braithwaite's double feint, but the cross comes easily to the defense, which denies the danger.
12:04 PMa year ago

Damsgaard's cross from the penalty area is forced wide by Damsgaard.
11:59 AMa year ago

At this point the match is stopped and a minute's applause is given to Eriksen for what happened last Saturday.
11:49 AMa year ago

Long service for Poulsen and the ball easily reaches the goalkeeper's hands.
11:44 AMa year ago

Vestergaard's cross to the far post was headed in by Vestergaard and saved by Courtois.
11:39 AMa year ago

Hojbjerg overflows inside the area and Courtois has to come out to deny the danger.
11:34 AMa year ago

A cross into the box that Mertens fails to get a touch on and into the goalkeeper's hands.
11:29 AMa year ago

Poulsen takes advantage of a defensive error and gets the cross shot for the 1-0.

The match between Denmark and Belgium kicks off.
11:19 AMa year ago

The national anthems of Belgium and then Denmark are sung.
11:14 AMa year ago

At this moment the FIFA anthem is playing and Denmark and Belgium take the field. The fans sing in support of Eriksen in an emotional moment.
11:09 AMa year ago

They end the training

Belgium spent a few minutes on the pitch warming up and Lukaku, like his teammates, has declared himself ready for the second match. 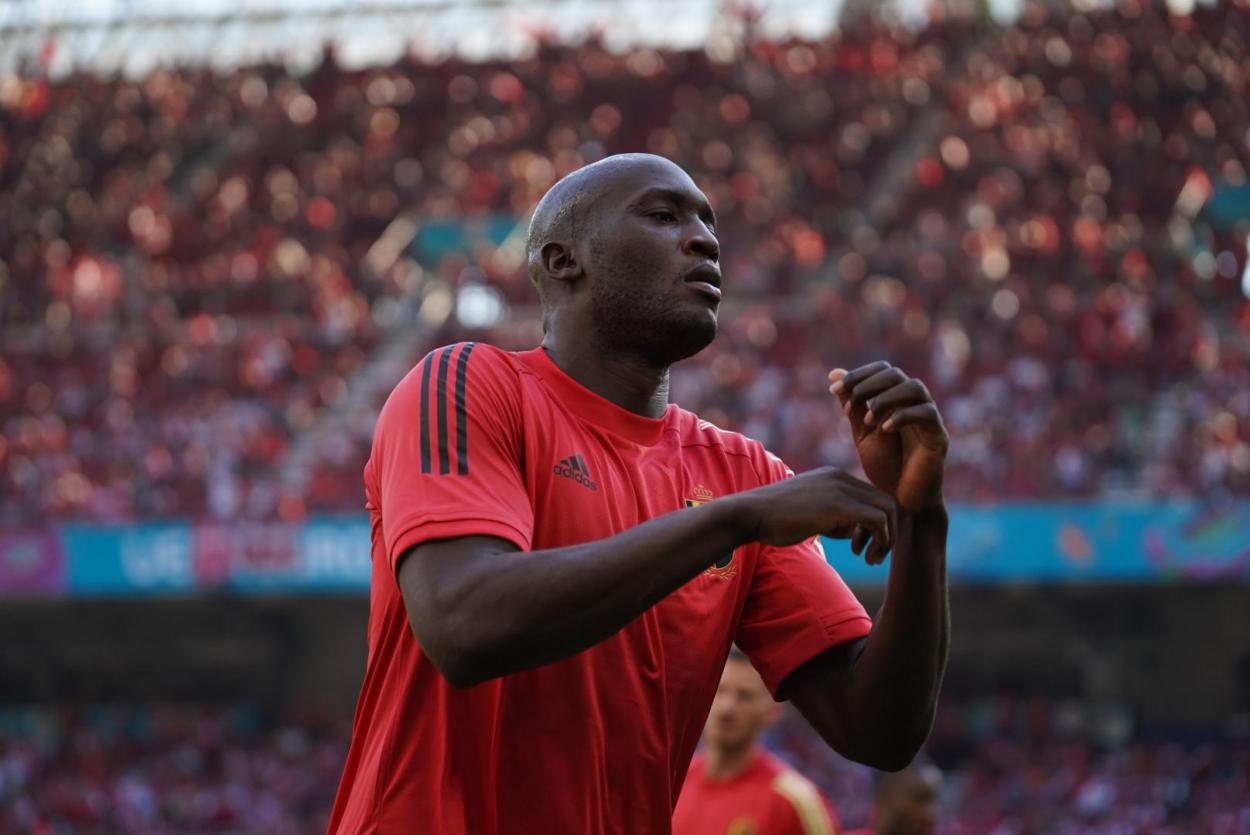 You will need help

Christian Eriksen will reportedly need to have a defibrillator implanted under his skin to regulate his heart rhythm, the Danish Football Federation announced today.
10:59 AMa year ago

Denmark has conceded only two goals in the last six games, although against Finland they were unable to convert and lost 1-0 on their debut.
10:54 AMa year ago

Belgium has scored 17 goals in the last six games, including three in the opening match against Russia.
10:49 AMa year ago

These will be Roberto Martinez's eligible men, remembering that up to five changes can still be made. 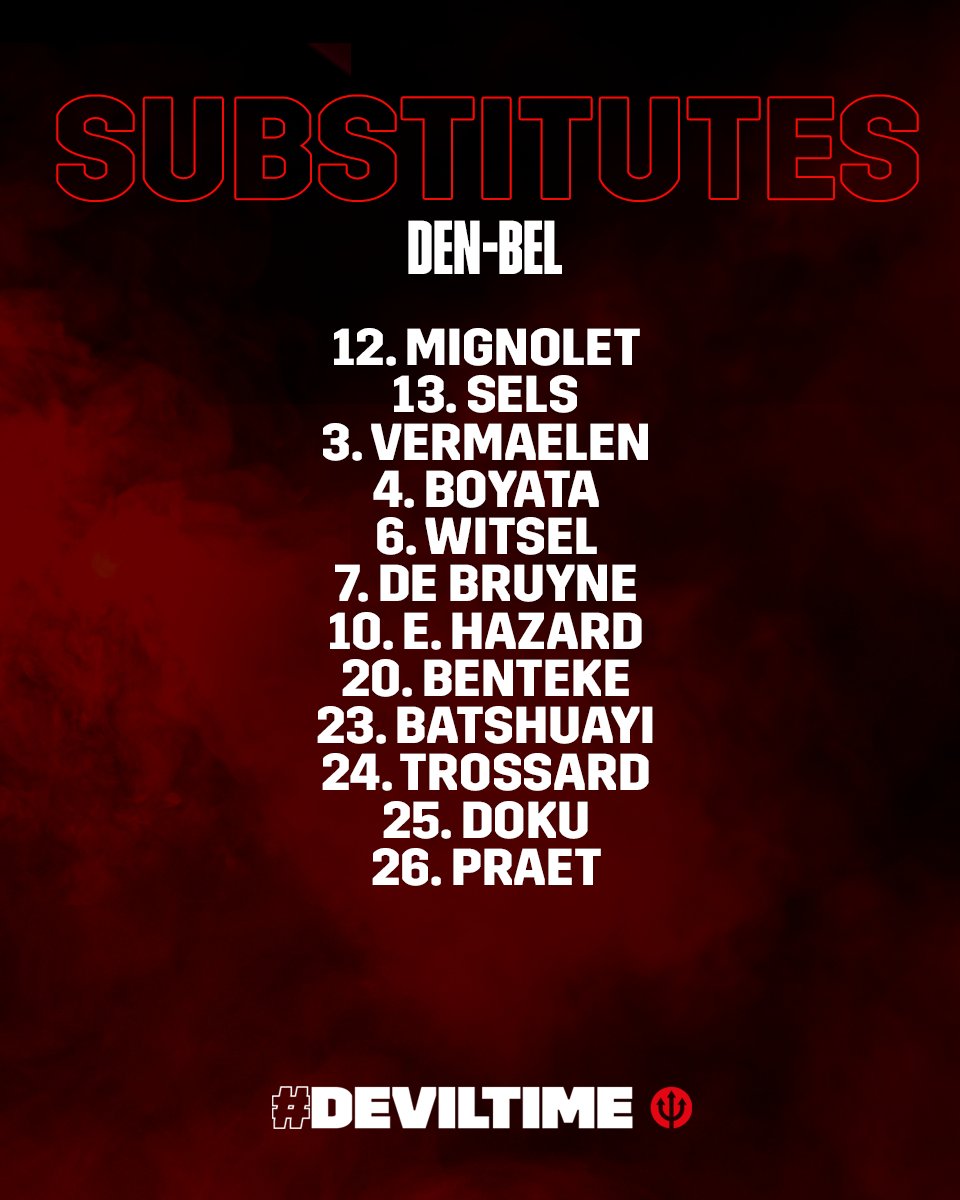 They go with the white one

Belgium will be the away team for this match and will be playing in its second uniform. 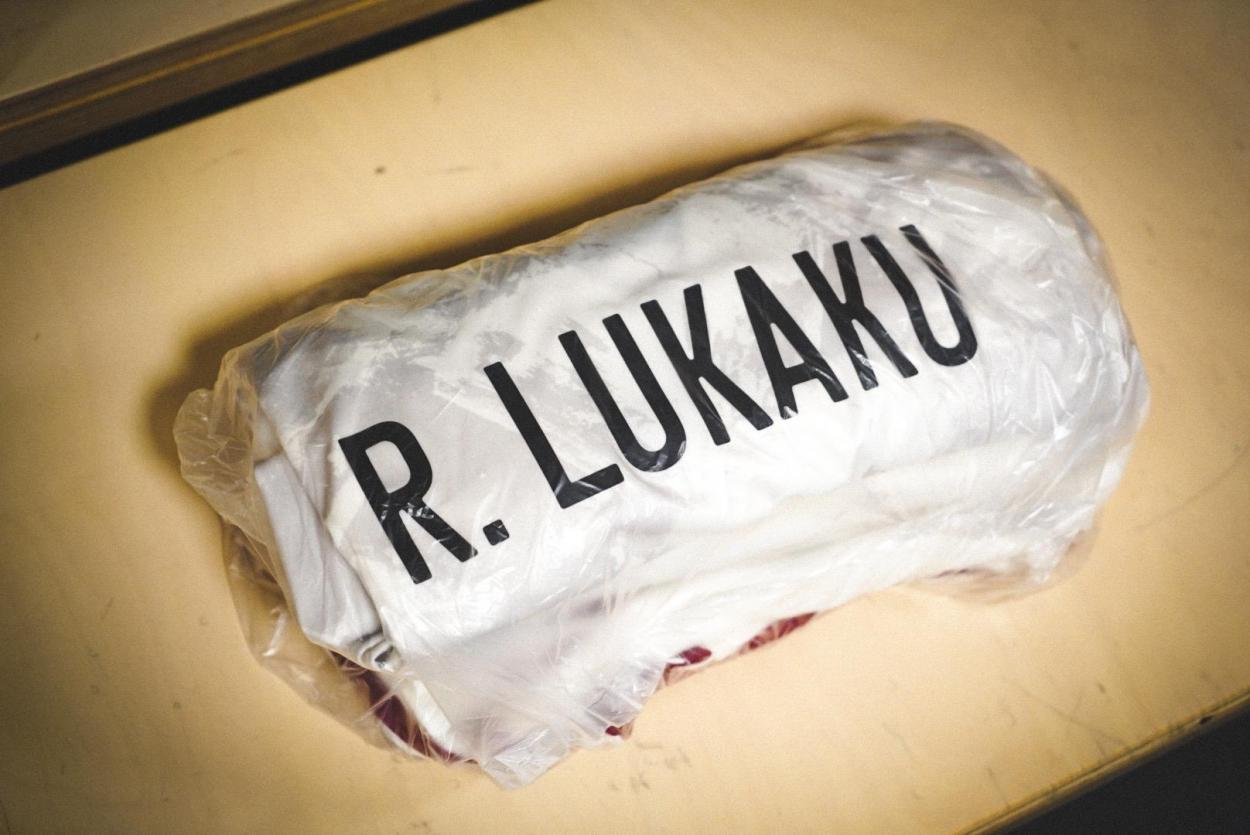 Despite the loss to Finland, what Kjaer did in giving first aid to Eriksen, forming a fence to keep what was happening from being seen on TV, and comforting Eriksen's wife on the pitch. Simply great. 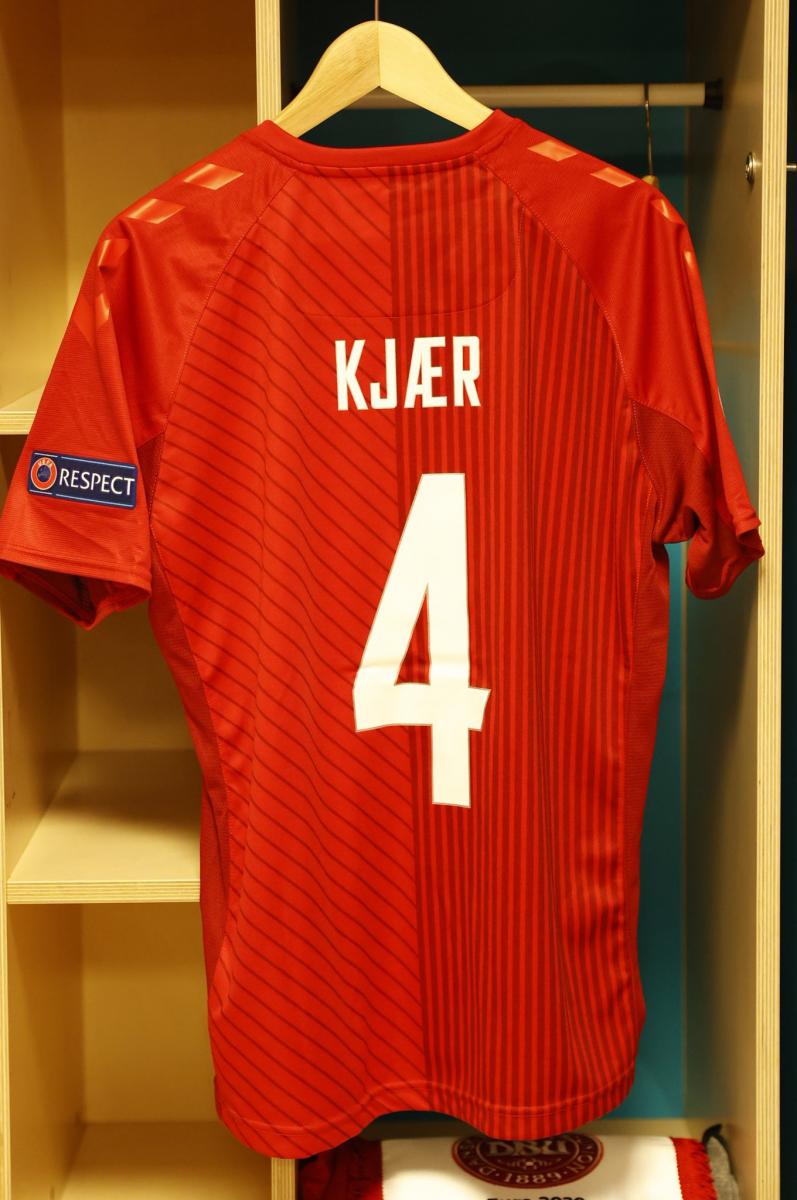 Belgium leads Group B with three points, followed by Russia with the same number of points after yesterday's win over Finland (3 points); in last place is Denmark with zero points.
10:29 AMa year ago

They go with the red

Denmark will be the administrative home team this afternoon and will wear its uniform in red. 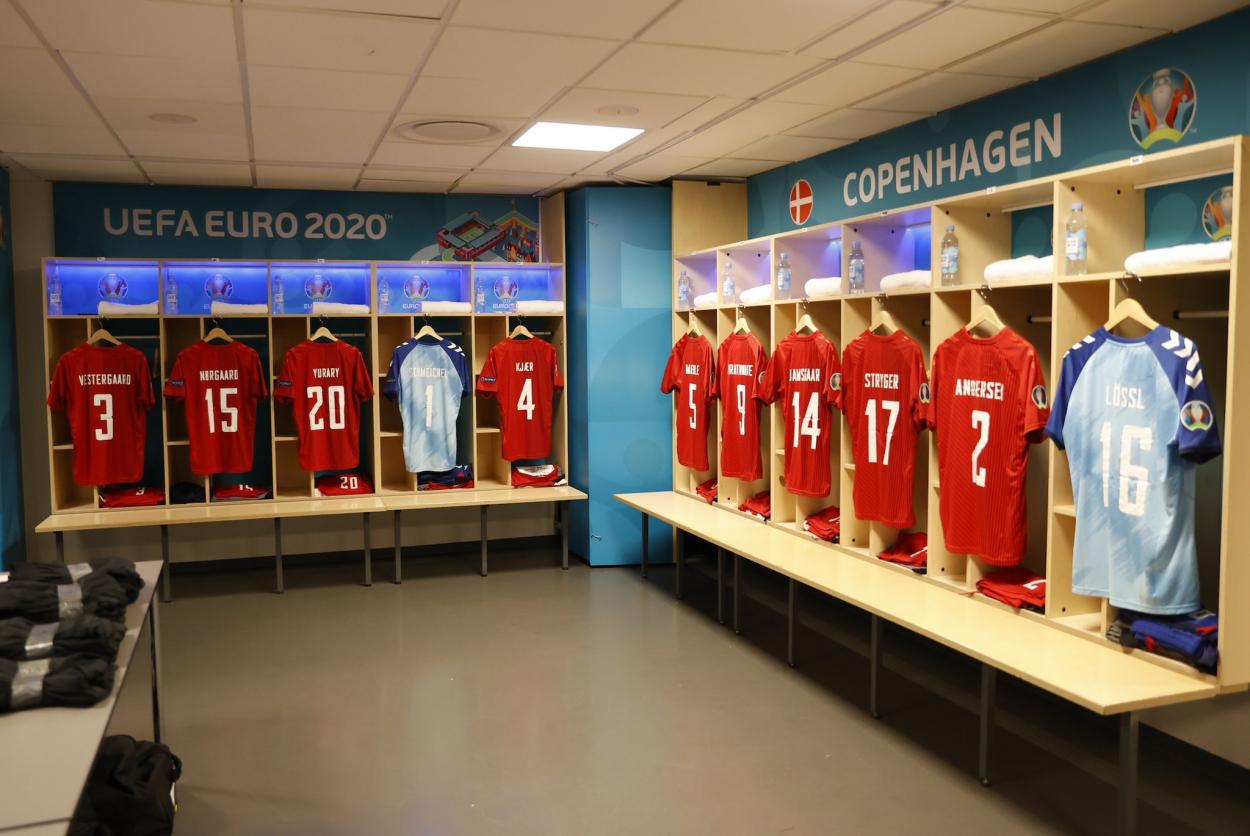 Demonstrate that they are the favorites

Belgium is not only the favorite to win the group, but also to reach at least the semifinals, a situation they will seek to confirm on the field this Thursday.
10:09 AMa year ago

After the drama of the last game, Denmark's players will have to turn the page and take Eriksen's case as a motivation to get their first points in this Euro.
10:04 AMa year ago

Under different scenarios but with the same objective is how Denmark and Belgium arrive for their second match of the group stage of Euro 2020. Let's start.
9:59 AMa year ago

Do not miss a detail of the match with the live updates and commentaries of VAVEL. Follow along with us all the details, commentaries, analysis and lineups for this Denmark vs Belgium match.
9:54 AMa year ago

How to watch Denmark vs Belgium Live TV and Stream

Last year they met twice in the UEFA Nations League with Belgium winning both matches with scores of 4-2 and 2-0.
9:44 AMa year ago

Romelu Lukaku started on fire with a brace against Russia and will be looking to keep up the momentum to help the Devils into the next round. 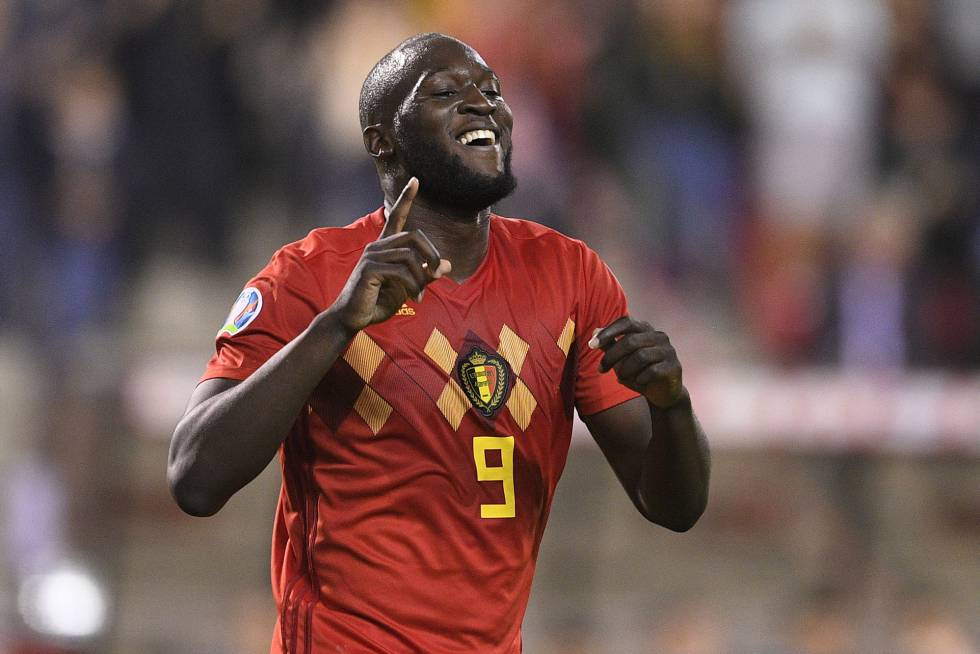 The Danes need to find the net again and what better than Braitwaite, Barcelona's striker, to be able to lead his team's attack. 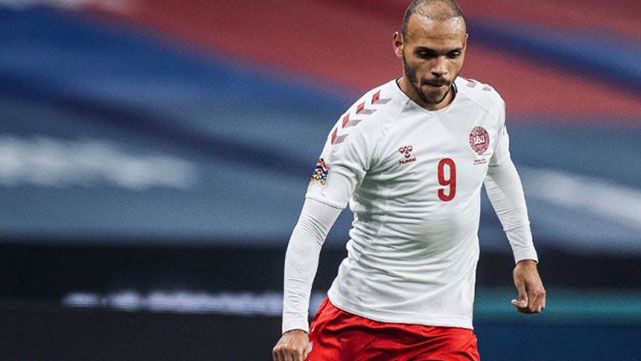 Belgium: not to be overconfident

After winning the first game against Russia, Belgium should not be overconfident knowing that they are a superior team to the Danes.
9:19 AMa year ago

Denmark: recovering on the strength of spirit

After the scare experienced with Eriksen and after losing their first game, Denmark will have to find the inspiration and concentration to win their first game against one of the candidates to win.
9:14 AMa year ago

The Denmark vs Belgium match will be played at the Parken Stadium, in Denmark. The kick-off is scheduled at 12pm ET.
9:09 AMa year ago

Welcome to VAVEL.com’s LIVE coverage of the 2020 Eurocopa: Denmark vs Belgium!

Houston Dynamo 2-0 Chicago Fire: Getting what you deserve 17 hours ago

Seattle Sounders vs Sporting Kansas City preview: How to watch, predicted lineups and kickoff time in MLS 2022 7 hours ago
//