Thanks for following this match on VAVEL USA. Until the next time!
10:09 PMa month ago

In the next round, Argentina will face Paraguay and Uruguay will face Chile, both matches will be played on Monday, June 21 at 17:00 hrs and 20:00 hrs respectively.
10:01 PMa month ago

Argentina is in first place in its group while Uruguay, with one game played, is at the bottom. 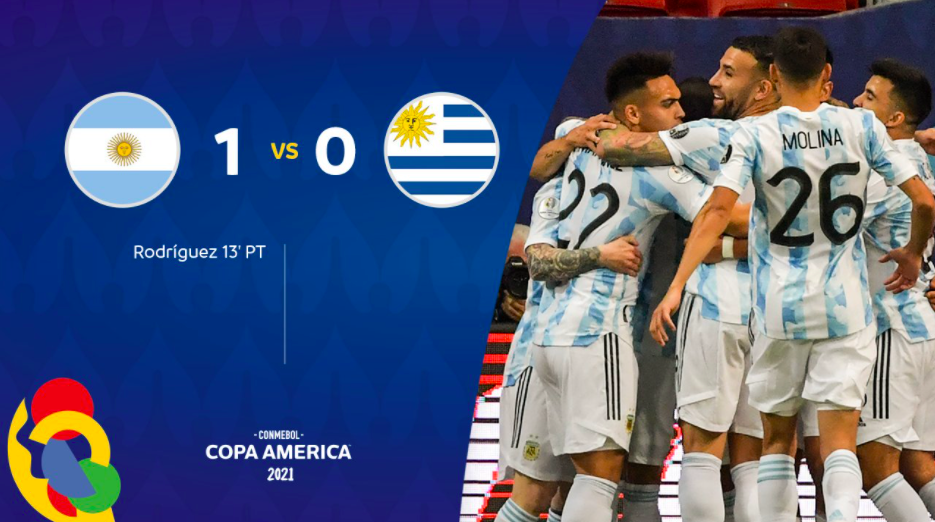 The referee adds five more minutes to the match.
9:42 PMa month ago

With only a few minutes left in the match, Uruguay continued to insist, but their lack of precision weighed them down.
9:27 PMa month ago

Messi's free kick ends up bouncing off the Uruguayan wall.
9:17 PMa month ago

Muslera comes out to cut a corner kick to avoid any dangerous headers from the Argentines.
9:12 PMa month ago

Yellow card for the Argentine goalkeeper.
9:07 PMa month ago

Luis Suárez scissors kick, but his ball ends up going over the goal.
9:02 PMa month ago

Uruguay misses it! Viña's cross into the area, Cavani and Suarez fail to get a header and miss the equalizer.
8:52 PMa month ago

Uruguay: Matias Vecino and Brian Ocampo are in; Lucas Torreira and Nicolas de la Cruz are out.
8:47 PMa month ago

Uruguay: Bentancur is out, Nandez is in.
8:27 PMa month ago

The second half starts!
8:22 PMa month ago

The first half ends! Argentina 1-0 Uruguay. 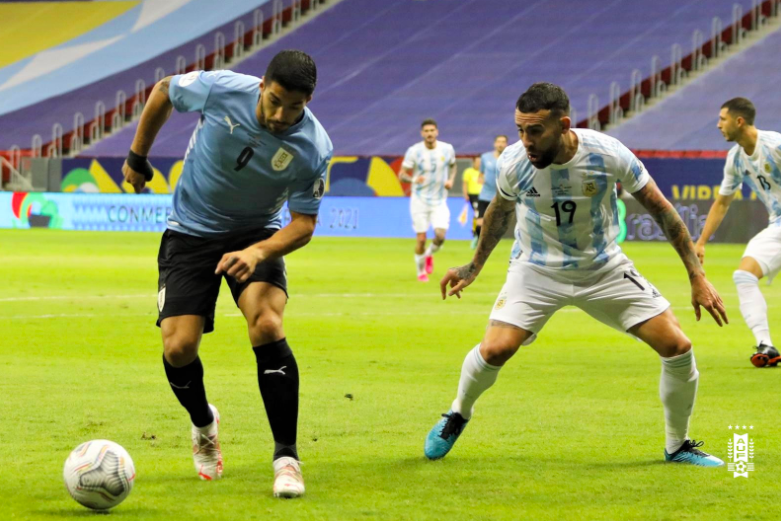 The referee adds three more minutes to the first half.
8:07 PMa month ago

This is how the ball is disputed in the first half 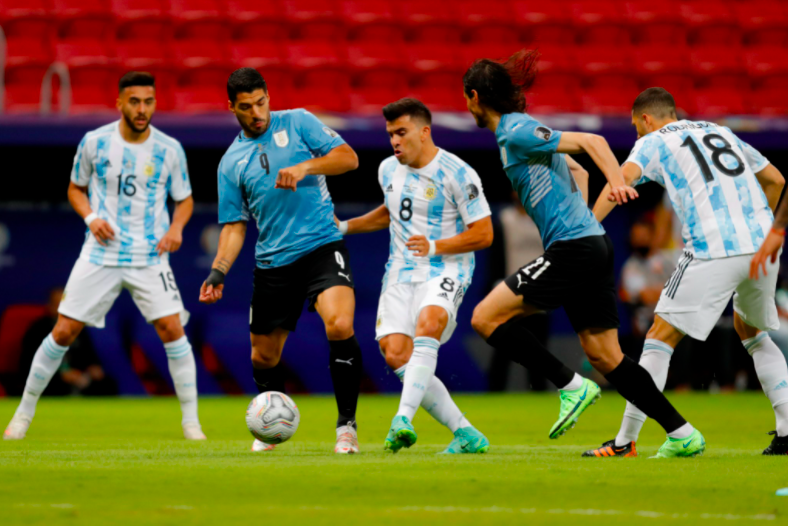 We have passed the first half hour and Uruguay has not been able to reach the Argentinean area with clarity.
7:47 PMa month ago

Cavani falls in the area, but the referee says it is not a penalty.
7:42 PMa month ago

First fifteen minutes and Argentina has been the most dominant of the match.
7:32 PMa month ago

Lautaro misses it! An awkward shot from the Argentine in the small area that could have made it 1-0.
7:17 PMa month ago

The match has started!
7:12 PMa month ago 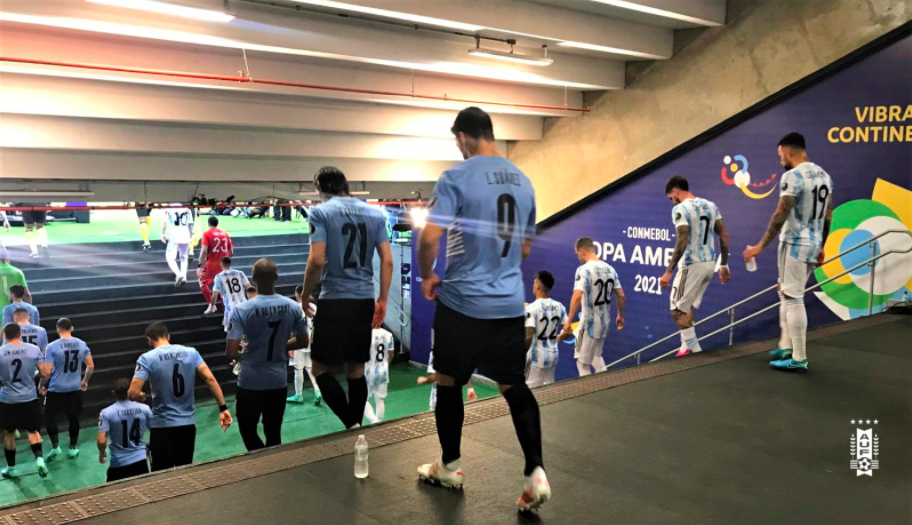 This is how the Uruguayan national team warms up. 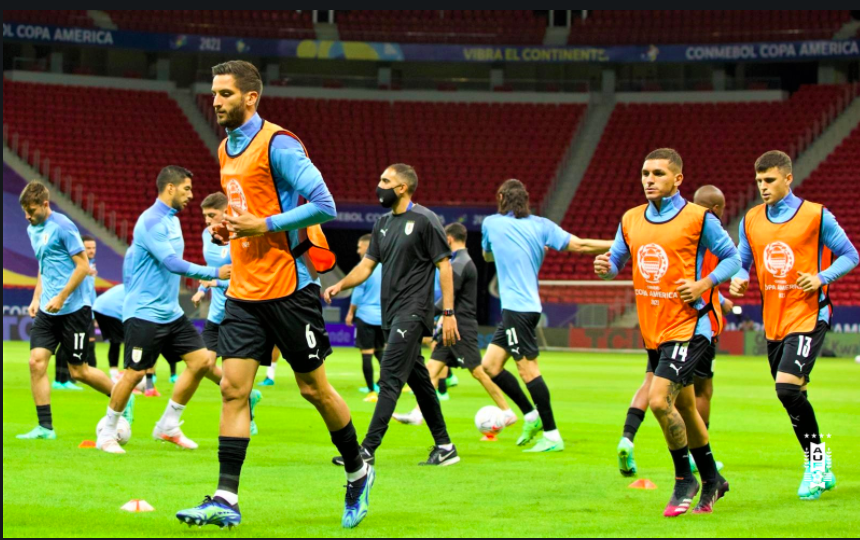 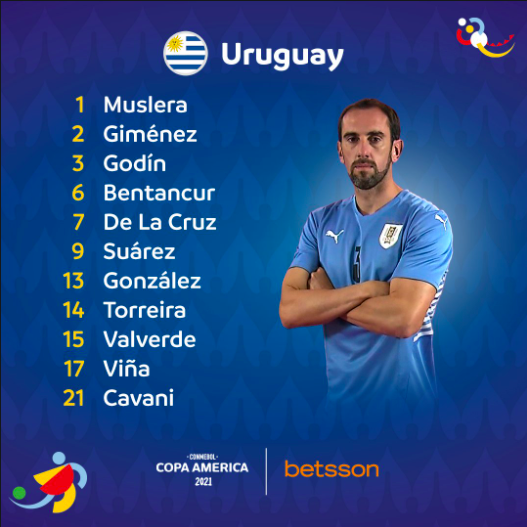 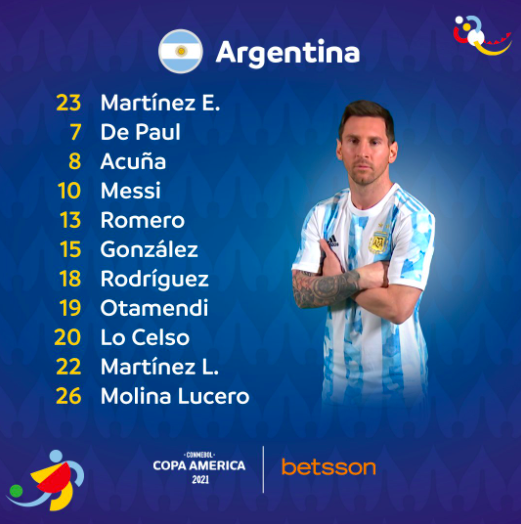 The Uruguayan players are already getting to know the field and doing warm-up exercises. 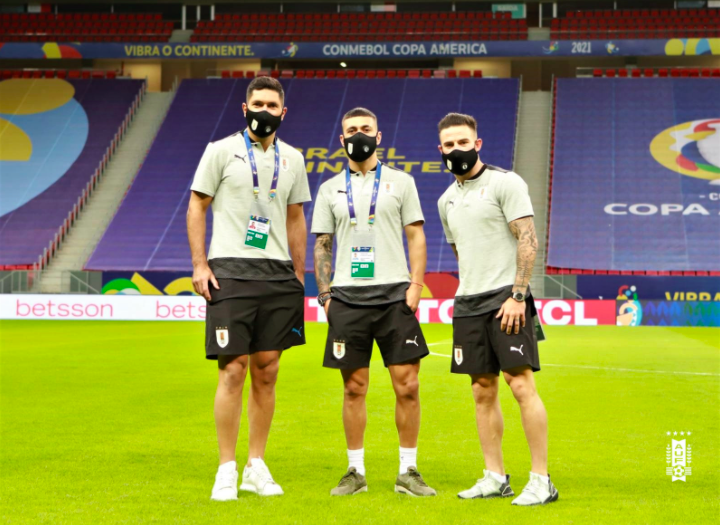 The last time these two teams met was in a friendly match in November 2019, the result was tied at two goals.
6:42 PMa month ago

The players have arrived at the stadium. 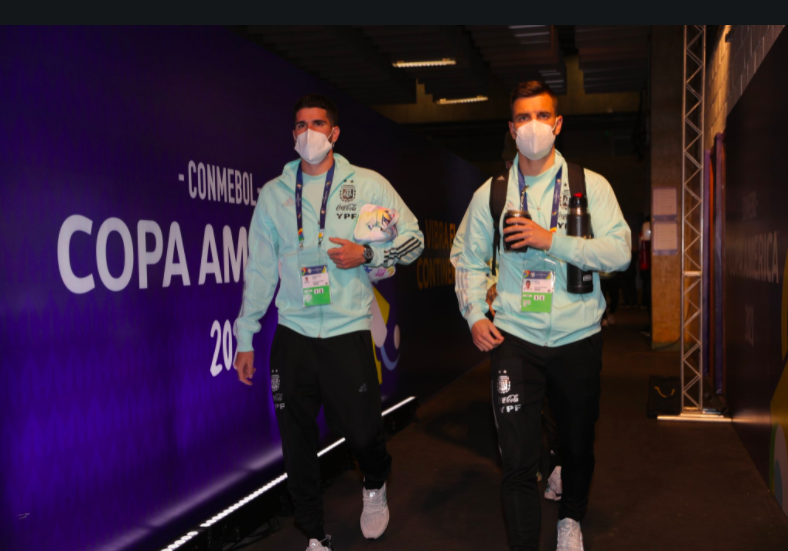 The National Stadium of Brasilia Mane Garrincha is a multipurpose stadium in Brasilia, the capital of Brazil. It was inaugurated in 1974 and after the last remodeling, in 2013, has a capacity of 72 800 seated spectators. 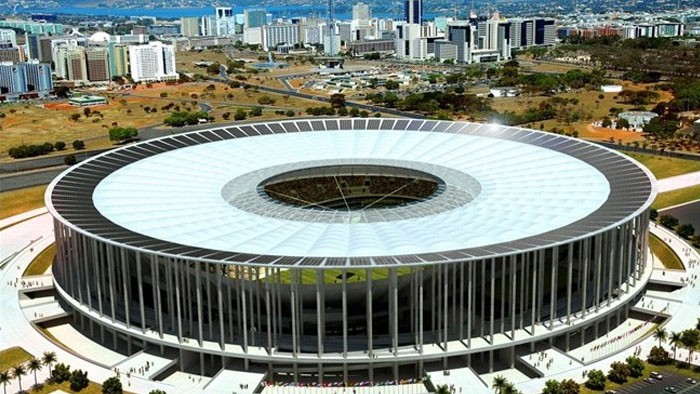 Do not miss a detail of the match with the live updates and commentaries of VAVEL. Follow along with us all the details, commentaries, analysis and lineups for this Argentina vs Uruguay match.
6:27 PMa month ago

How to watch Argentina-Uruguay Live TV and Stream

If you want to watch the game Argentina - Uruguay on TV, your options are: TUDN USA

Luis Suarez | The Uruguayan striker commented that due to his age, this would be the last Copa América in which he would participate. So Suarez, with his eye for goal, will try to go as far as possible with his national team.
6:17 PMa month ago

Lionel Messi | The star of the Argentine national team always gets the spotlight with his mobility on the field and his left-footed shots from outside the area. Messi has already scored against Chile and will be looking to repeat the dose. 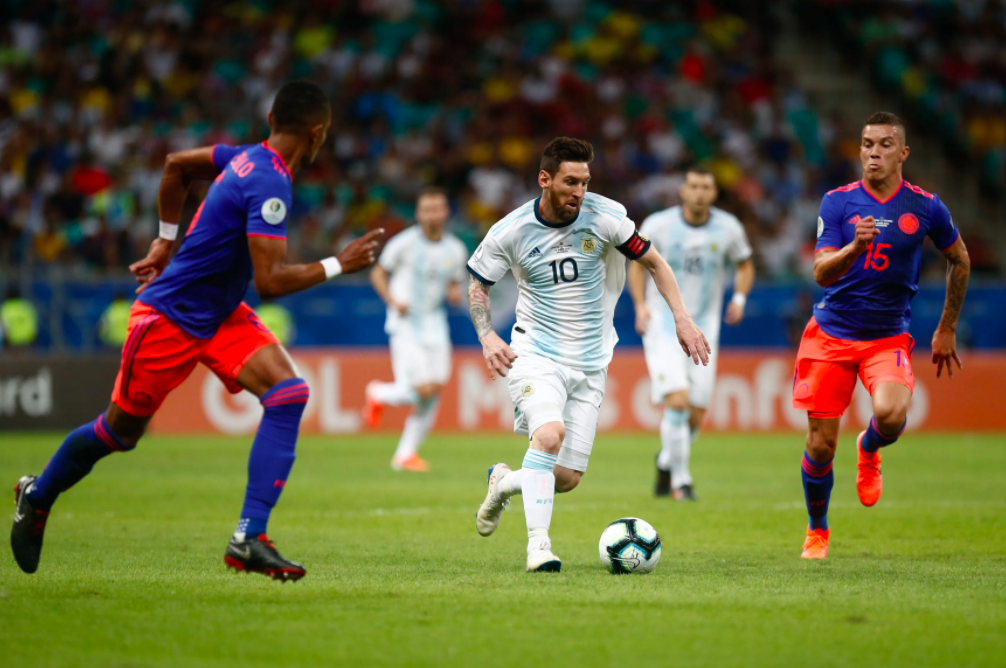 To score the first points

La Celeste, coached by Oscar Tabarez, knows that winning the 16th Copa America title for Uruguay will not be easy. Tonight will be their debut in this edition of the tournament and although they are a team full of great players, their performance has not been well oiled. Uruguay is coming from a draw in its last two matches against Venezuela and Paraguay. Today they will be looking for their first points in group A and thus begin to climb positions against an opponent that will be extremely uncomfortable in their group. 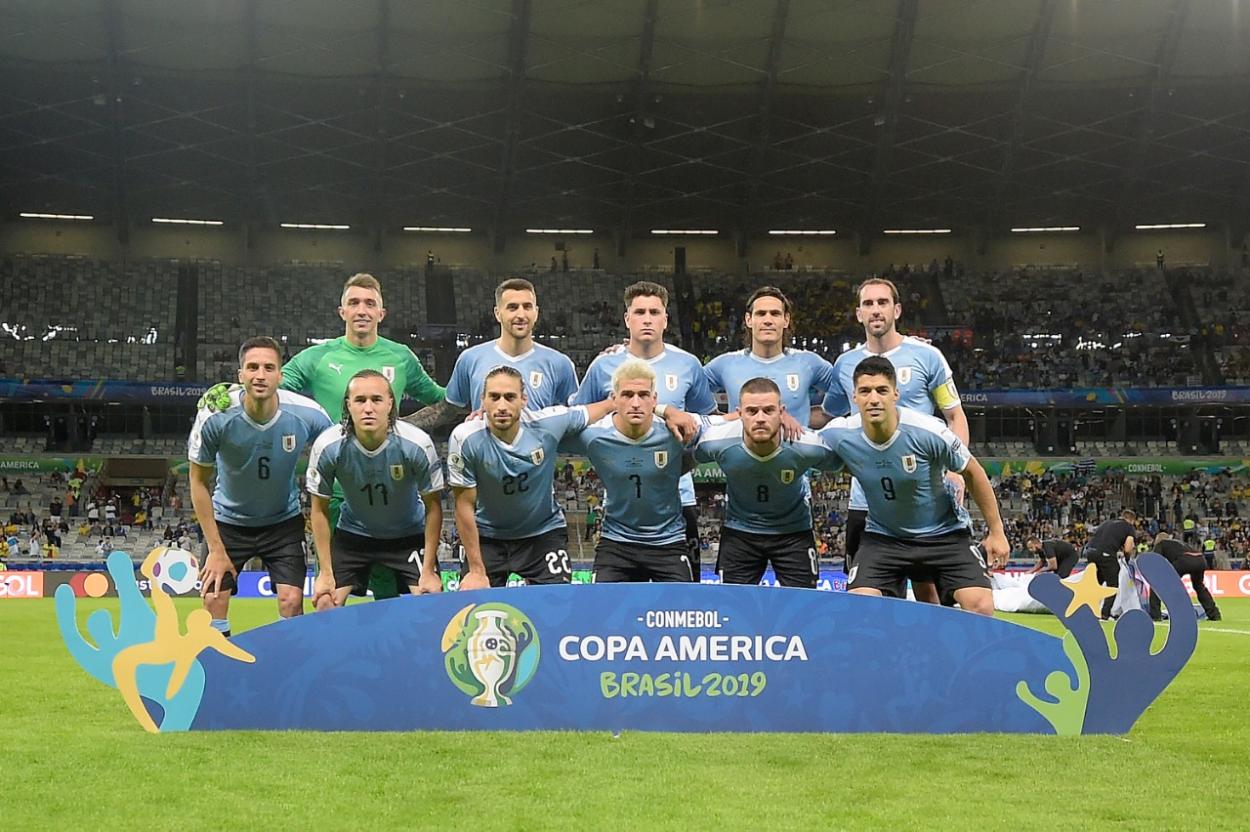 The Argentine team coached by Lionel Scaloni is in second place in the table with one point after drawing against Chile. The Albiceleste could have won, but Edu Vargas spoiled the party by snatching the victory and tying 1-1. The Argentines are undefeated in this Copa América and in the CONMEBOL qualifiers for Qatar 2022. Their most recent victory was against Peru in November last year. 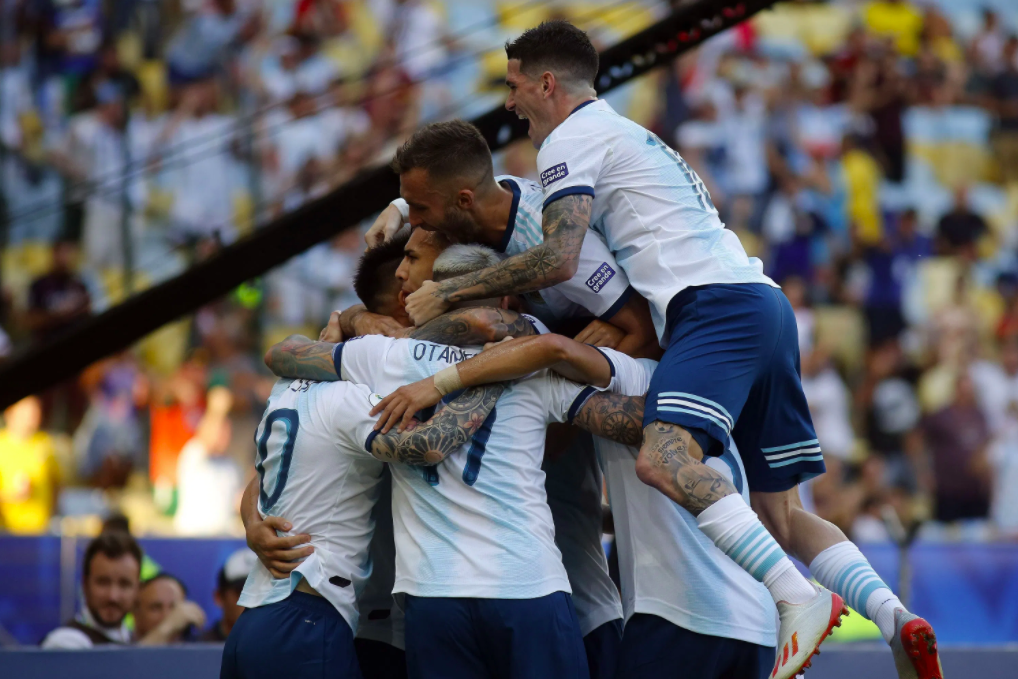 The Argentina - Uruguay match will be played at the stadium Nacional de Brasilia, in Brasilia, Brazil. The kick-off is scheduled at 8:00 pm ET.
5:42 PMa month ago

Welcome to VAVEL.com’s LIVE coverage of the 2021 Copa America Match: Argentina vs Uruguay

My name is Silvia and I’ll be your host for this game. We will provide you with pre-game analysis, roster updates, and news as it happens in Argentina-Uruguay live here on VAVEL.