Thank you for following the LAFC vs Houston MLS matchday 8 telecast. See you next time.
1:03 AMa year ago

LAFC still can't get back on their feet and failed to hold on to the lead they gained to settle for a 1-1 draw against Houston, who are winless on the road.
1:03 AMa year ago

Rossi with the self-pass and the shot that goes over the goal.
12:58 AMa year ago

Five more minutes will be added.
12:56 AMa year ago

Lassiter came in and Urruti went out, change of Houston.
12:55 AMa year ago

Edwards' first-time shot, but the ball went wide and passed close to the goal.
12:53 AMa year ago

Rossi had the second but smashed it past the keeper at the near post. LAFC missed it.
12:46 AMa year ago

Mon came on and Blackmon came off, LAFC change.
12:45 AMa year ago

Jennings' low shot is saved by the goalkeeper.
12:32 AMa year ago

Duke's powerful shot from outside the box goes just wide.
12:31 AMa year ago

Jennings and Edwards come in

Atuesta's low free kick that Maric dives to save.
12:26 AMa year ago

Urruti's shot is saved by the goalkeeper with a handball.

Urruti with the cross shot to score the equalizer.

Rossi's shot crashes into the defensive wall.
12:22 AMa year ago

Cifuentes finishes at the far post a ball that was headed to the near post from a corner kick.

Cifuentes' powerful shot from outside the area goes over the top.
12:15 AMa year ago

Kaye came off and Duke came on. LAFC substitution.
12:13 AMa year ago

Vela's delayed diagonal that Kaye shoots over the top of the goal.
11:43 PMa year ago

A cross to the far post that Baird fails to close down despite the sweeping effort.
11:41 PMa year ago

Cifuentes' shot at the near post is blocked by the Angelino defense.
11:33 PMa year ago

Atuesta takes a shot from outside the area and the ball passes close.
11:28 PMa year ago

Poisonous cross that passes through the area and goes wide.
11:27 PMa year ago

A good combination inside the area that Rossi finishes on the outside of the net.
11:16 PMa year ago

Vela was penalized for a controversial foul when the offensive deployment was about to begin.
11:15 PMa year ago

LAFC's first came through Rossi with his shot that went over the top.
11:10 PMa year ago

The match between LAFC and Houston kicks off.
11:01 PMa year ago

We are minutes away from the start of the LAFC vs Houston MLS match. Stay tuned for more coverage.
10:50 PMa year ago

Stadium is packed to see LAFC 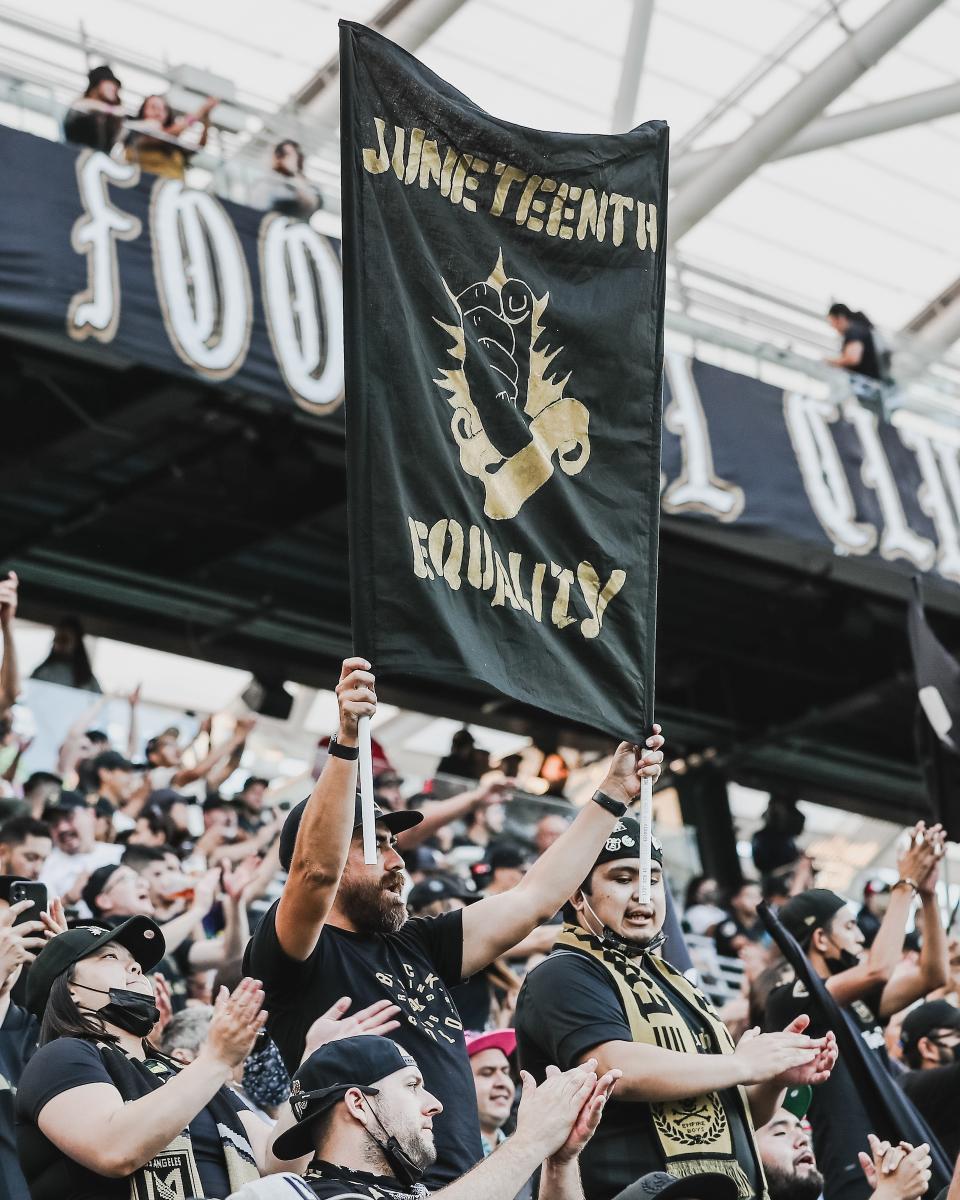 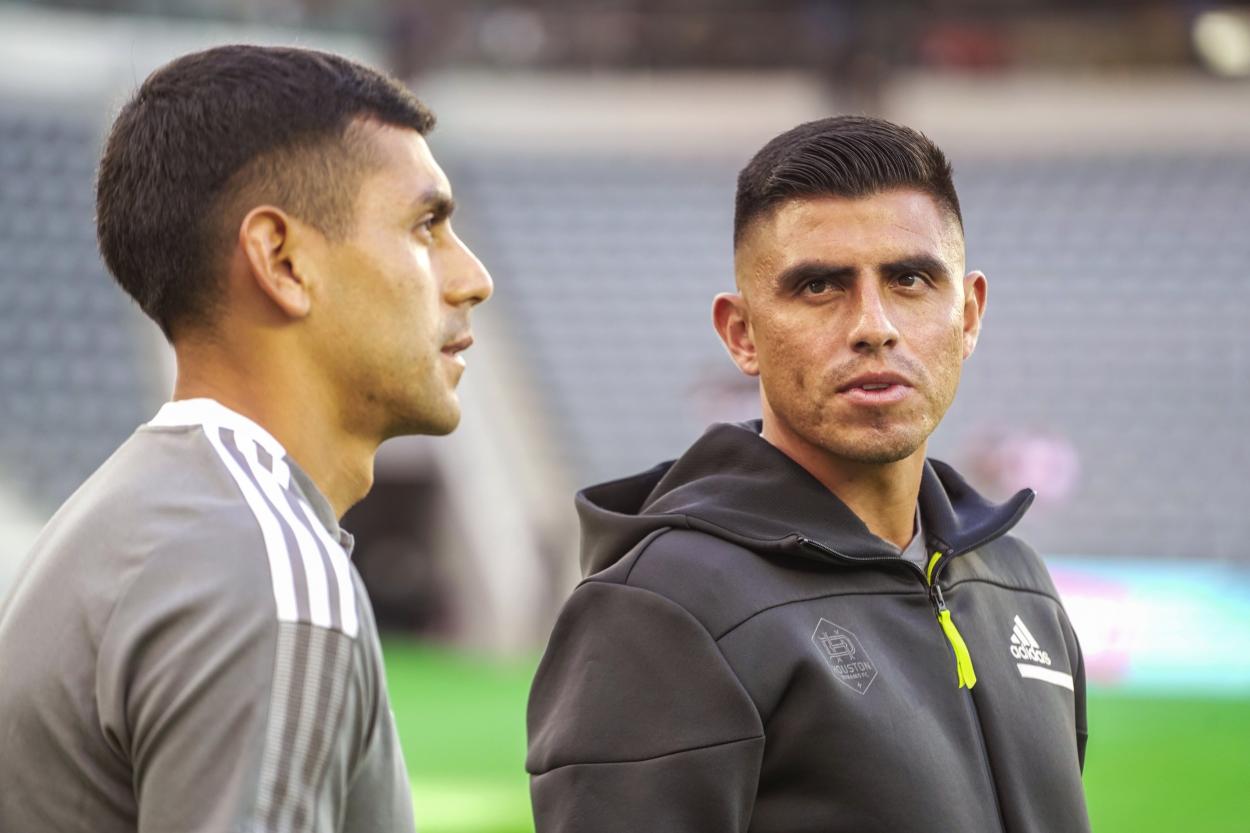 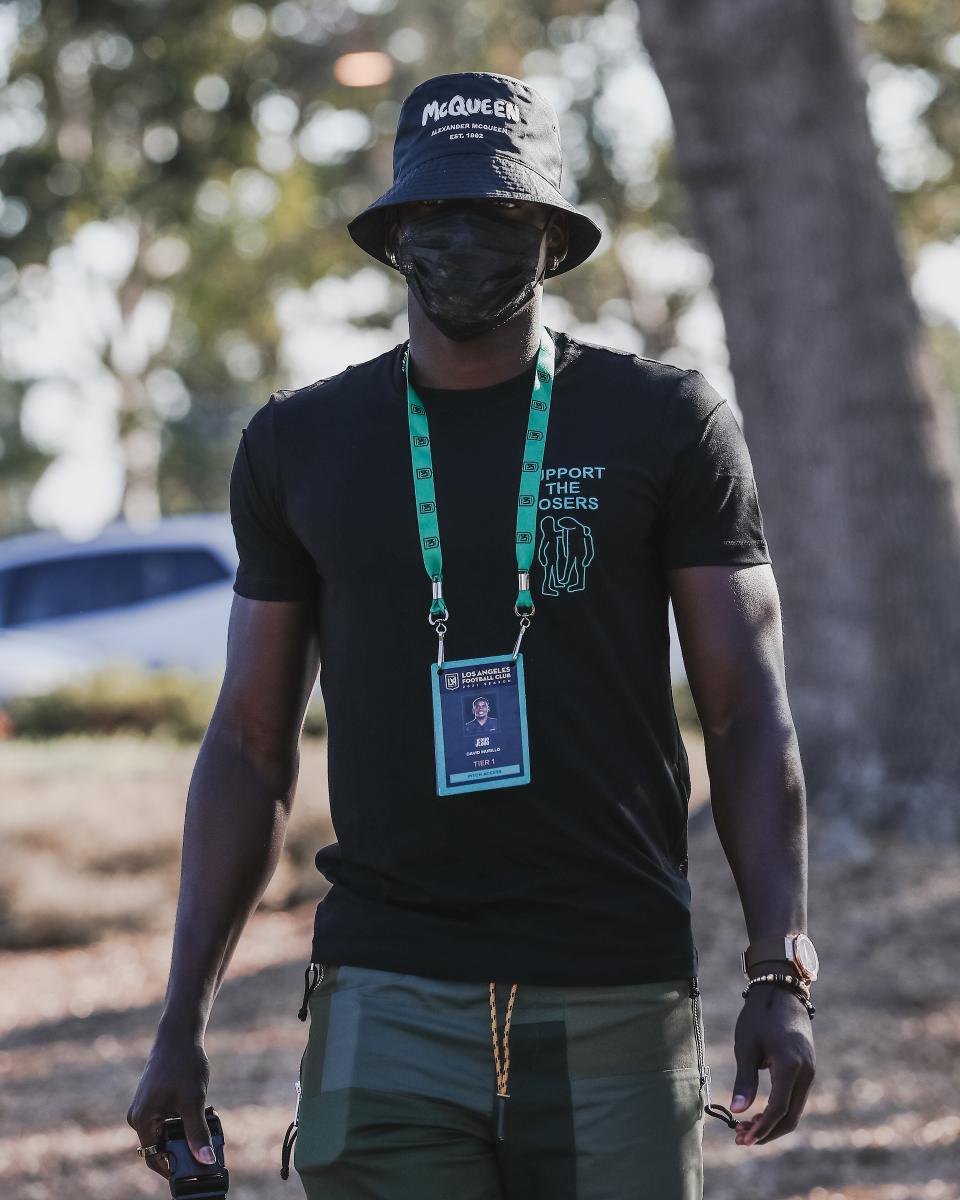 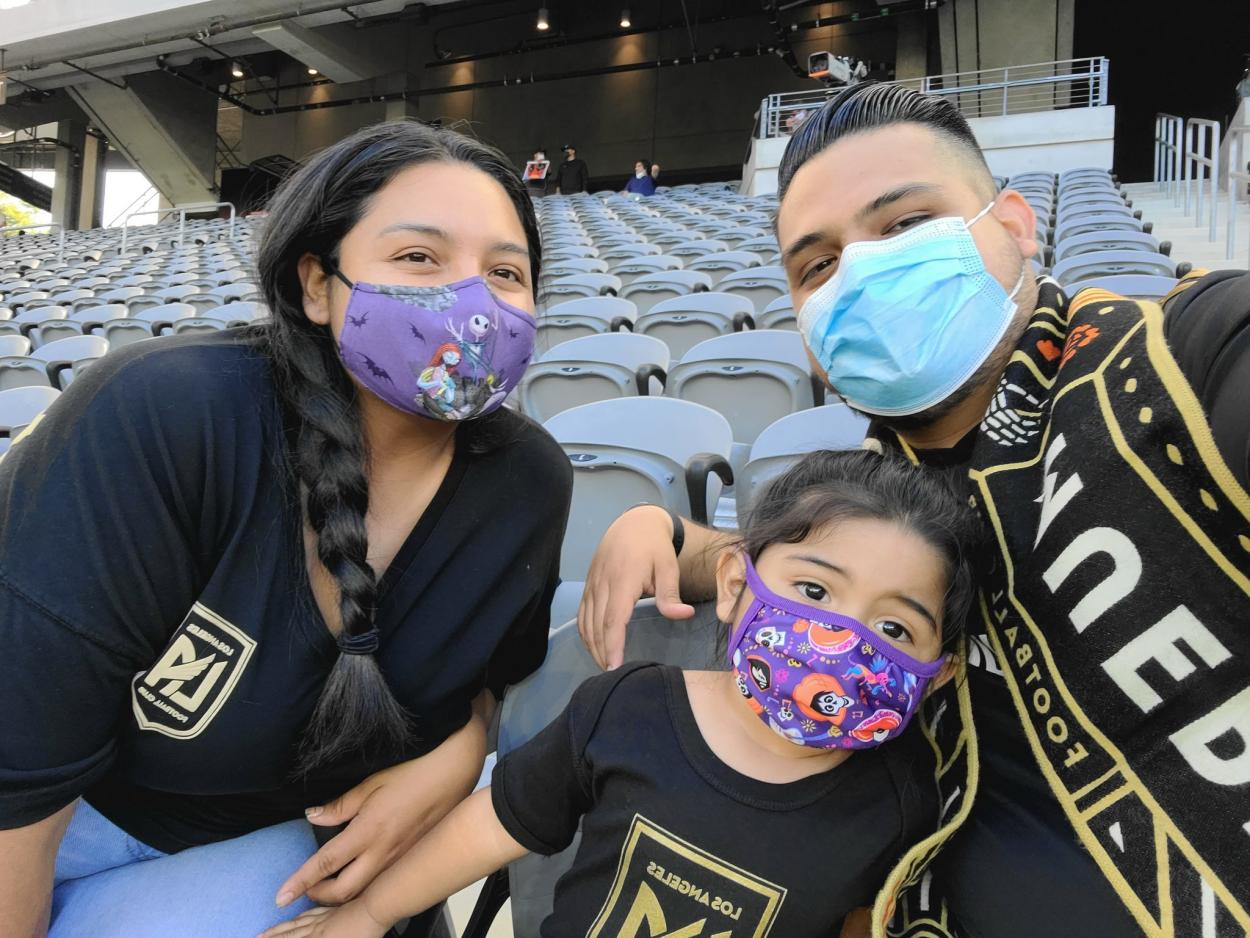 Winning as a visitor

Houston has accumulated 11 points, but none have come from an away win, something they will be looking to break this Saturday.
10:04 PMa year ago

To add up in any way

LAFC needs to win at all costs if it wants to get into the qualification zone at the start of the campaign.
9:59 PMa year ago

LAFC looks to get back to winning ways when they host Houston Dynamo. We begin our MLS coverage.
9:54 PMa year ago

Do not miss a detail of the match with the live updates and commentaries of VAVEL. Follow along with us all the details, commentaries, analysis and lineups for this LAFC vs Houston Dynamo match.
9:49 PMa year ago

How to watch LAFC vs Houston Dynamo Live TV and Stream

Houston has failed to beat LAFC in the last five games with a record of three losses and two draws on any field.
9:39 PMa year ago

Argentine Maximiliano Urruti has started off on the right foot with four goals and will look to continue that momentum on Saturday. 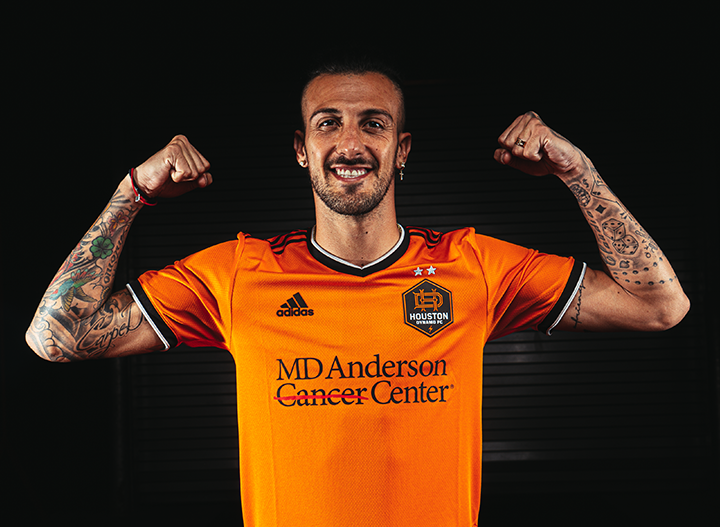 He hasn't had the best start, but you can never count out Carlos Vela, who had a few weeks of rest to get back to 100% and arrive in better shape for this match. 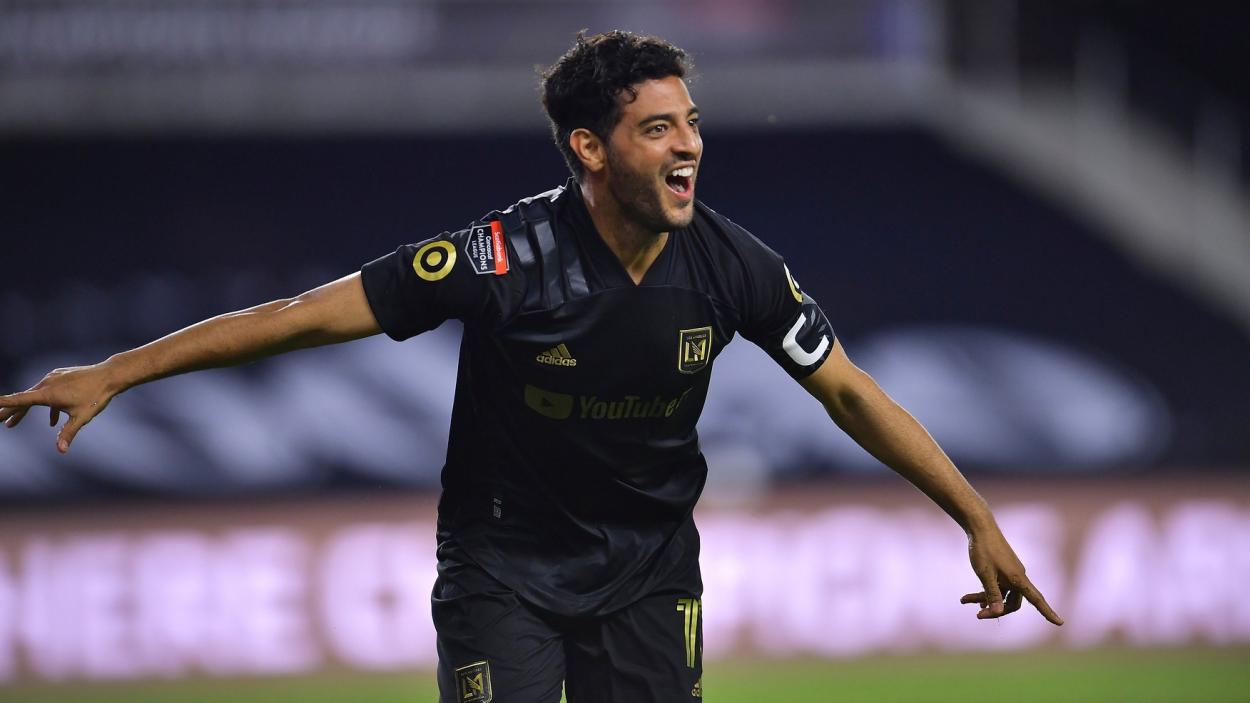 Despite having 11 points, the Dynamo have fared poorly every time they play away from home and have not been able to get a win.
9:14 PMa year ago

LAFC: get back on track

The start has not been as expected with only two victories, however, they are only one point away from the qualification zone, so the three points will be key to continue fighting and not to take off so early.
9:09 PMa year ago

The LAFC vs Houston Dynamo match will be played at the Banc of California Stadium, in California, United States. The kick-off is scheduled at 11pm ET.
9:04 PMa year ago

Welcome to VAVEL.com LIVE coverage of the 2021 MLS: LAFC vs Houston Dynamo!

Philadelphia Union vs Chicago Fire preview: How to watch, kick-off time, team news, predicted lineups, and ones to watch a day ago

Diaz, Zelarayan lift Columbus in 3-2 win over NYCFC 6 days ago

The Warm Down: Charlotte FC 2-3 Chicago Fire 7 days ago

Columbus Crew vs NYCFC preview: How to watch, team news, predicted lineups, kickoff time and ones to watch 6 days ago

Atlanta United vs Seattle Sounders preview: How to watch, team news, predicted lineups, kickoff time and ones to watch 6 days ago

Charlotte FC vs Chicago Fire preview: How to watch, kick-off time, team news, predicted lineups, and ones to watch 8 days ago
//