It's over! France and Portugal split the points, the French qualify as group winners, while Portugal will qualify as one of the best third-placed teams.
4:59 PMa month ago

Teams no longer press the opposing goal in the last minutes of the game.
4:49 PMa month ago

Bruno Fernandes' dangerous run, but Varane, attentive in his coverage, ends up preventing Fernandes from making the play grow.
4:42 PMa month ago

An excellent intervention by Neves, with a header to clear the ball and avert the danger.
4:35 PMa month ago

Rui Patricio makes a double save to keep out Pogba's goal and then save a shot from Griezmann.
4:31 PMa month ago

Portugal's goal! Cristiano Ronaldo scores his brace from the penalty spot and the score is tied again.
4:25 PMa month ago

Penalty for Portugal! The referee awards a penalty after a clear handball by Koundé inside the area.
4:16 PMa month ago

France goal! After a VAR check, the referee indicates that Benzema's goal is valid.
4:12 PMa month ago

Karime Benzema scored the go-ahead goal after a great finish in front of Patricio, but the referee disallowed it.
4:12 PMa month ago

The second half kicks off in Budapest.
4:10 PMa month ago

It's over! The first game ends with the scores tied at one goal.
3:51 PMa month ago

Varane intervenes and prevents the ball from reaching Ronaldo, who was inside the area.
3:48 PMa month ago

France's goal! Benzema ties the match from the penalty spot
3:46 PMa month ago

Penalty for France! The referee points to an impact on Mbappé
3:45 PMa month ago

Whew! The match is back and forth, France wants to equalize, but Portugal wants to increase the lead.
3:36 PMa month ago

Moutinho's shot ends up going over the goal.
3:31 PMa month ago

Portugal's goal! Cristiano Ronaldo scores from the penalty spot to give his team the lead.
3:31 PMa month ago

Tolisso's long ball, but Mbappé fails to reach it and misses the chance.
3:20 PMa month ago

Excellent intervention by Kimpembe, preventing Portugal from reaching his area.
3:18 PMa month ago

Mbappé's great shot, but Patricio makes a great save.
3:18 PMa month ago

Griezmann makes a good save to prevent Jota from reaching the area
3:13 PMa month ago

The match kicks off at the Puskás, both teams will be looking for a win.
3:02 PMa month ago 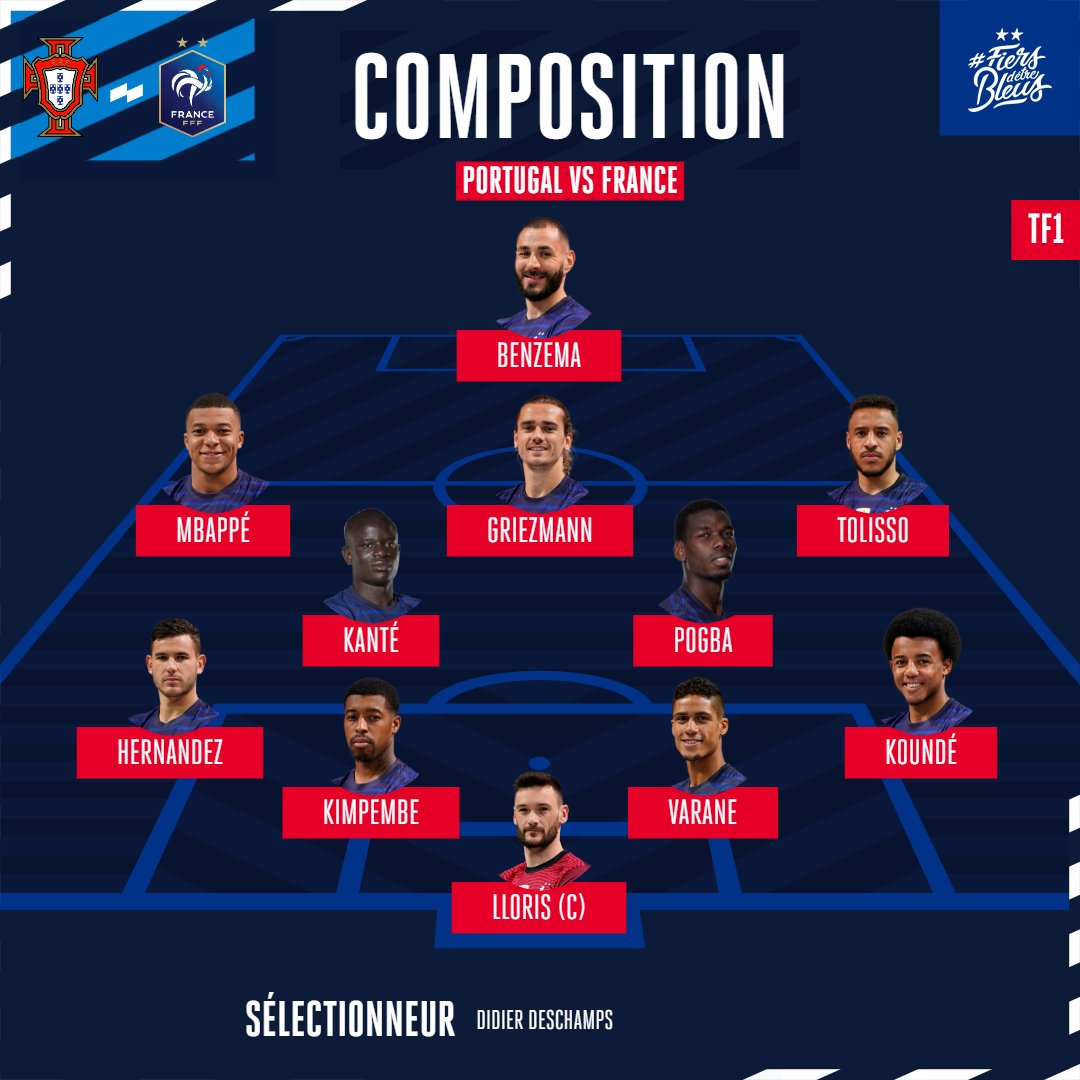 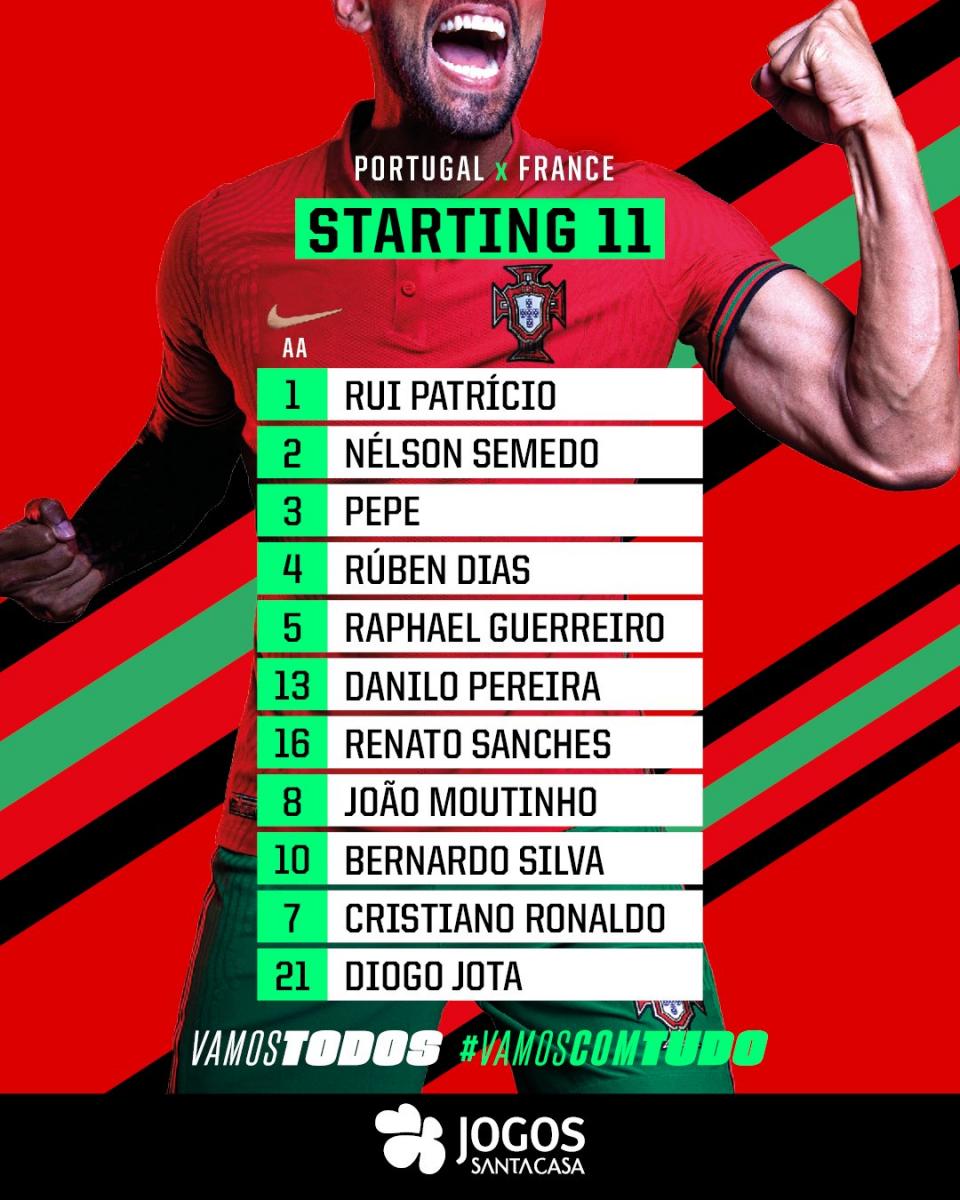 Fernando Santos, Portugal's technical director, declared prior to this match, that they know that they depend on themselves to qualify for the round of 16.
2:47 PMa month ago

This is the fifth meeting between these teams in official tournaments, but the first time they have met in the group stage. The four meetings were in the semifinals, in the first three France emerged triumphant and the last one in 2016, Portugal won.
2:37 PMa month ago

Fans and teams are already at the stadium, ready for the match that will define the course of the group. France and Portugal will be looking to qualify for the round of 16.
2:32 PMa month ago

In the last four meetings between these teams, only three goals have been scored, two for France and one for Portugal.
2:27 PMa month ago

The French have arrived!

France is already present in the stadium, ready to play the decisive match. 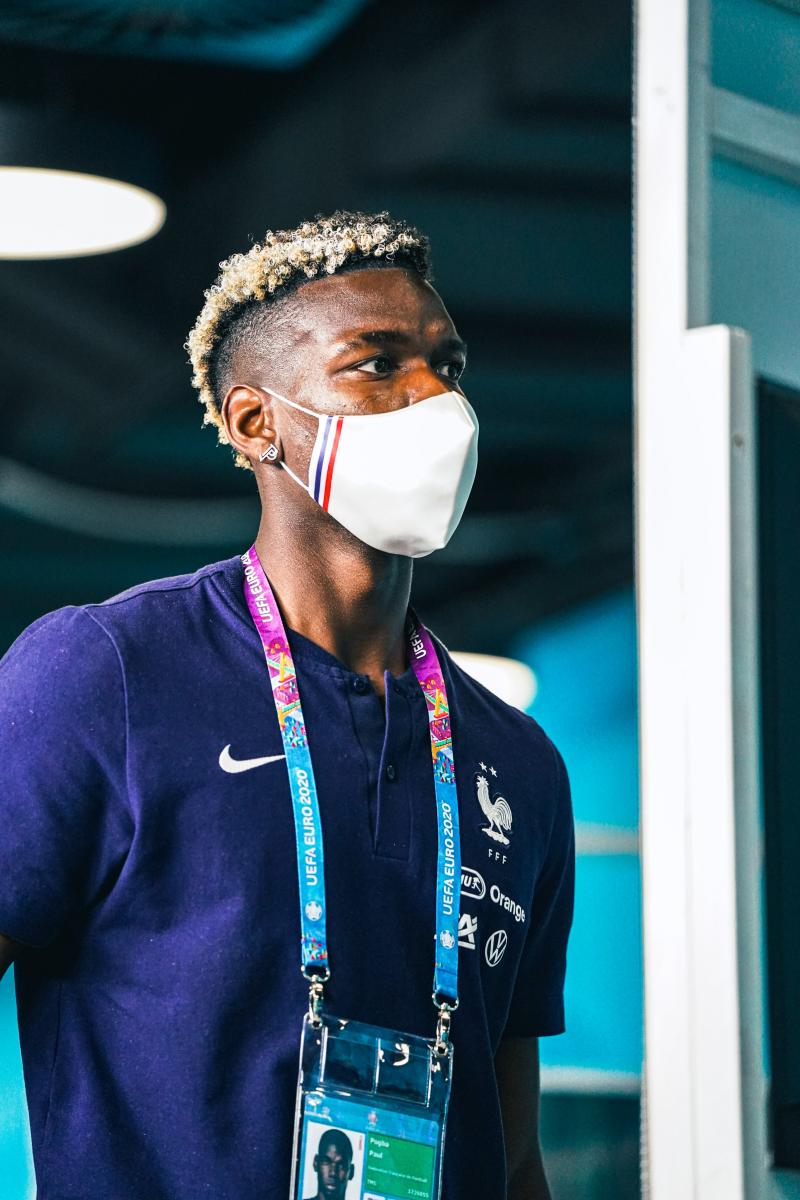 Portugal fans are already at the stadium to support their national team. 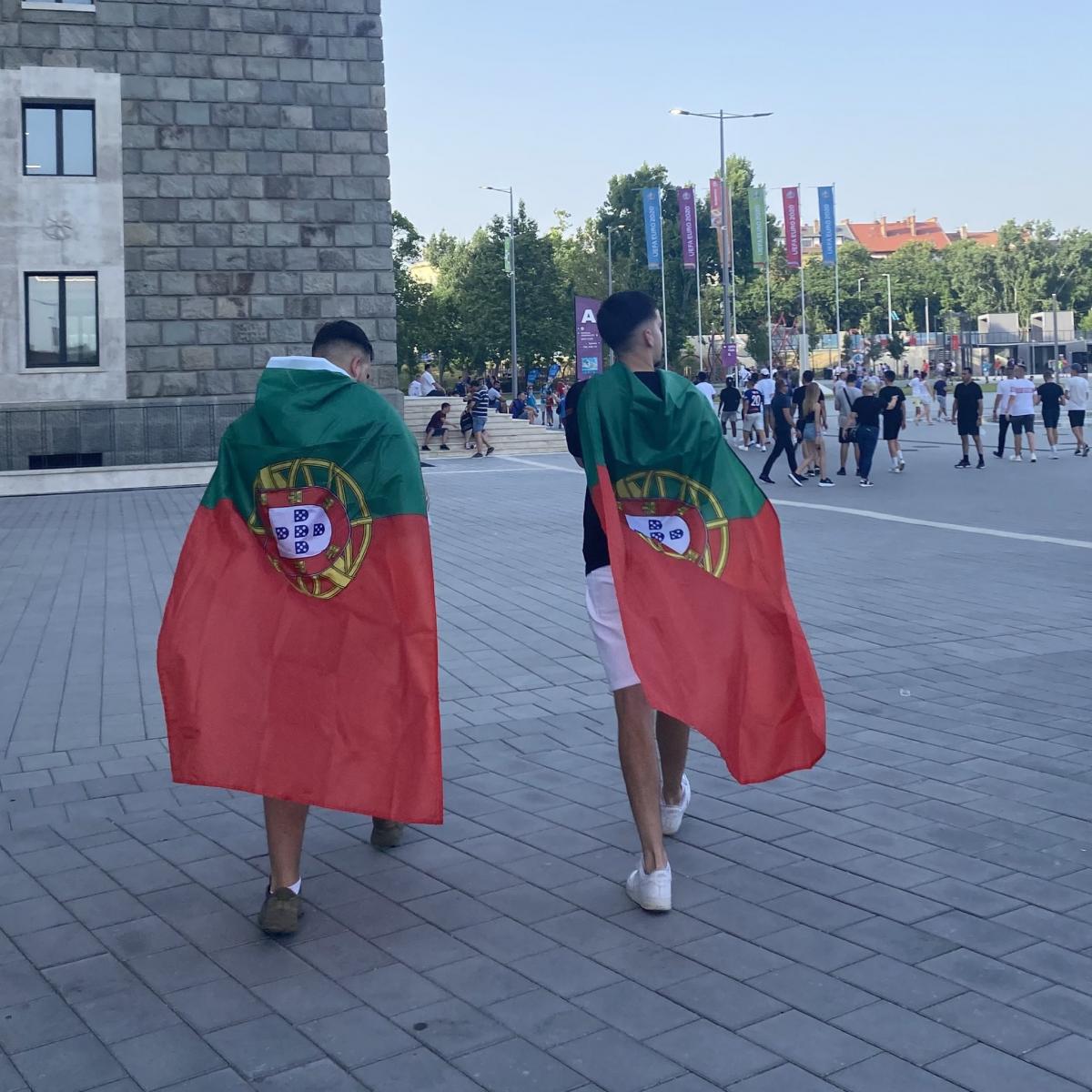 Do not miss a detail of the match Portugal vs France with the live updates and commentaries of VAVEL. Follow along with us all the details, commentaries, analysis and lineups for this match.
2:12 PMa month ago

How to watch Portugal vs France Live Stream on TV and Online?

If you want to watch the game Portugal- France live on TV, your options is: SKysports.

Of the last thirteen meetings between these two teams, Portugal has only one win. This match took place at the Estade de France and corresponded to the final of Euro 2016.
2:02 PMa month ago

N'golo Kanté: After his return to the national team following his injury, the midfielder has given a good display on the pitch. The Frenchman is the one who distributes the ball in midfield. 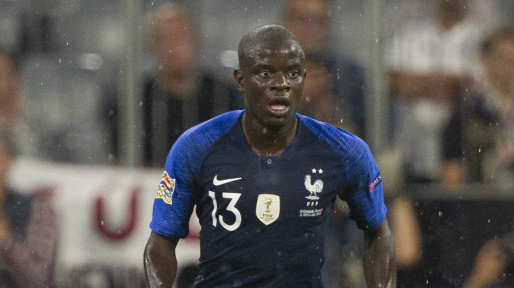 Bruno Fernandes: The midfielder, who currently plays for Manchester United, is a key player in Costa's team. This afternoon he will be looking to do some damage in France's area, looking to give his team the victory. 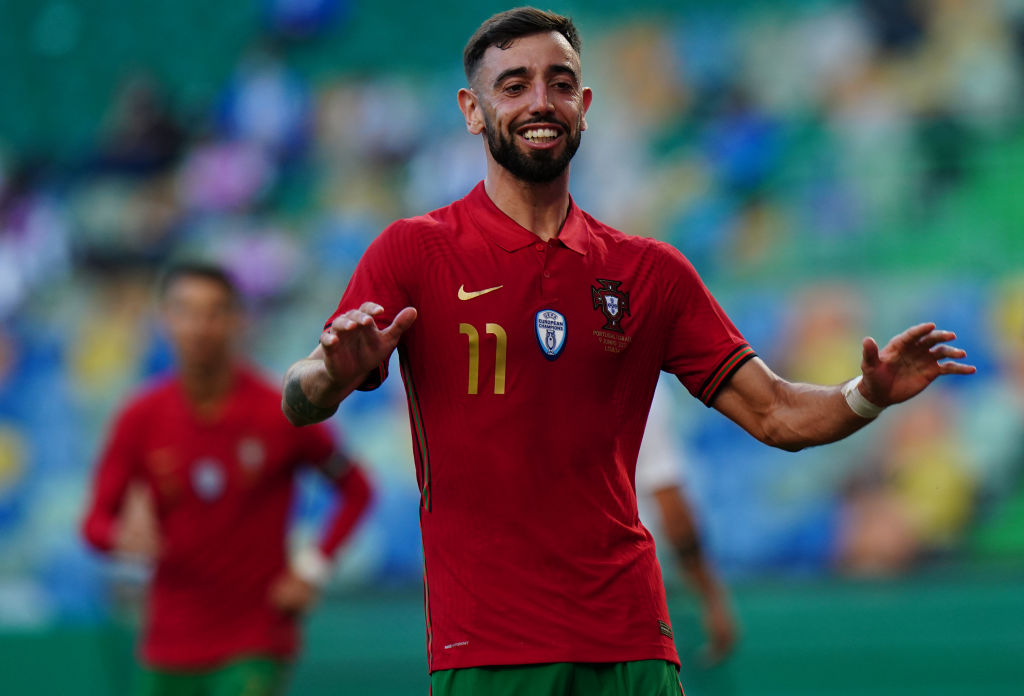 Last lineups of Portugal vs France:

And this is the probable lineup of the away team, France: Lloris, Pavard, Varane, Kimpembe, Digne, Pogba, Kanté, Rabiot, Griezmann, Benzema, Mbappé.

France comes into this match as first in the group; however, the difference is minimal, so in this match, the French will seek to get the three points to secure their place. In the second match of the second day, France only managed a single point after a draw against Hungary. 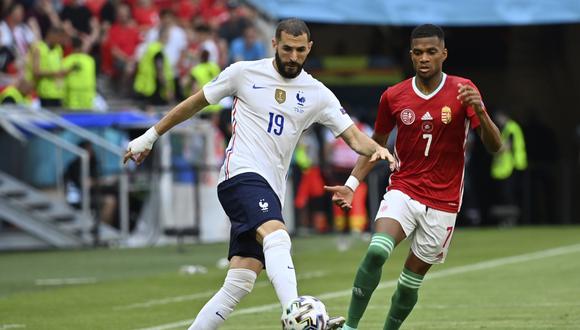 Portugal vs France:To look for the qualification

The fight to qualify from Group F is very close. With only one point difference between first and second and third place, Portugal will be looking to beat France and thus ensure their qualification, while waiting for Germany to do the same. On match day two, Portugal defeated Germany 4-2. 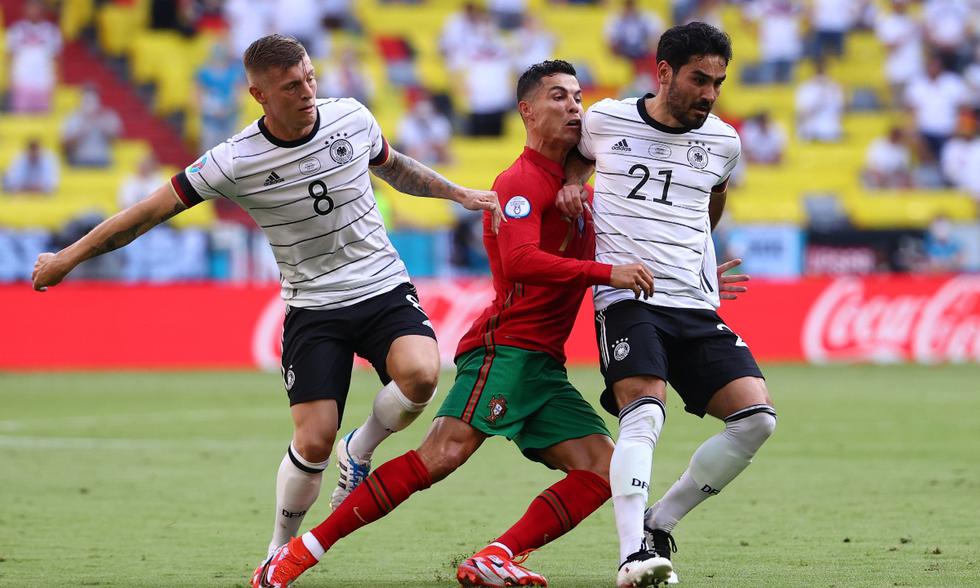 The match will be played at the Ferenc Puskás stadium

The Portugal vs France match will be played at the Ferenc Puskás stadium in Budapest, Hungary. The stadium has a capacity of 67 215 people. 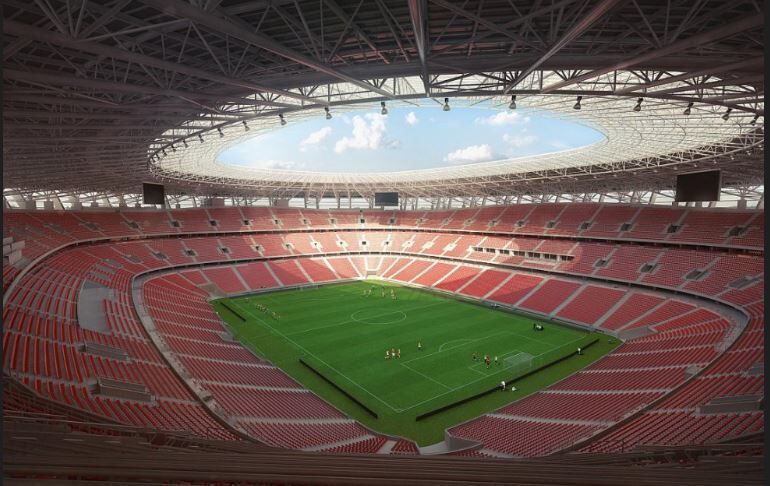