It's over! The match ends and LAFC takes the victory over Dallas.
12:30 AMa month ago

Dallas tries long shots, but the defense prevents them from reaching Romero's goal.
12:18 AMa month ago

LAFC looks for the third, but Maurer keeps the ball out of his net.
12:12 AMa month ago

LAFC change. It's all Carlos Vela and Danny Musovski takes his place.
12:09 AMa month ago

After a cutback, Vela shot at the goal, who was alone and ended up sending the ball wide.
12:06 AMa month ago

LAFC goal! VAR! After reviewing on the video referee, the referee awards Blessing's goal as a goal.
12:04 AMa month ago

Goal...! Nothing! The referee signals offside for Blessing and disallows LAFC's goal.
12:02 AMa month ago

Goalkeeper! Maurer is once again a hero and saves twice from Vela and another attacker.
11:58 PMa month ago

Dallas change. Burgess comes off and Franco Jara comes on in his place.
11:55 PMa month ago

Maurer! The goalkeeper saves Farfan's shot with his feet and avoids the second for LAFC.
11:48 PMa month ago

The game was quite tight in the midfield, with both teams looking to get forward but without generating much danger.
11:41 PMa month ago

Dallas goes all out for the equalizer against LAFC
11:26 PMa month ago

It's over! With the home side leading by the narrowest of margins, both teams head to the dressing room for halftime.
11:25 PMa month ago

Close! Carlos Vela sent in a fiery shot and came within inches of scoring the second for the home side.
11:23 PMa month ago

Goalkeeper! A great save by Maurer after Cifuentes' shot, but the keeper appears at the back and prevents the second from going in.
11:15 PMa month ago

Atuesta's delayed diagonal and Farfan gets to shoot, but the ball goes wide of the goal.
11:08 PMa month ago

A good save by Hollingshead, who clears the ball after Blessing's dangerous run.
11:04 PMa month ago

Ferreira's self-pass, but the ball is too long and he misses a good chance for the equalizer.
11:00 PMa month ago

LAFC looked for the second very insistent, but the Dallas defense prevented any chances.
10:52 PMa month ago

Vela goes all out! A great free kick by the Mexican that ends up hitting the post of Maurer's goal.
10:44 PMa month ago

LAFC goal! Carlos Vela appeared, after a pass from Atuesta, and sent the ball into the back of the net with a left-footed shot.
10:39 PMa month ago

The meeting kicks off in California.
10:32 PMa month ago

Erik Dueñas and Kwadwo Opoku will not be active tonight due to injuries.
10:29 PMa month ago

Both teams are already warming up at the Banc of California, where they will be looking to beat their opponents and continue adding points to climb up the standings.
10:26 PMa month ago 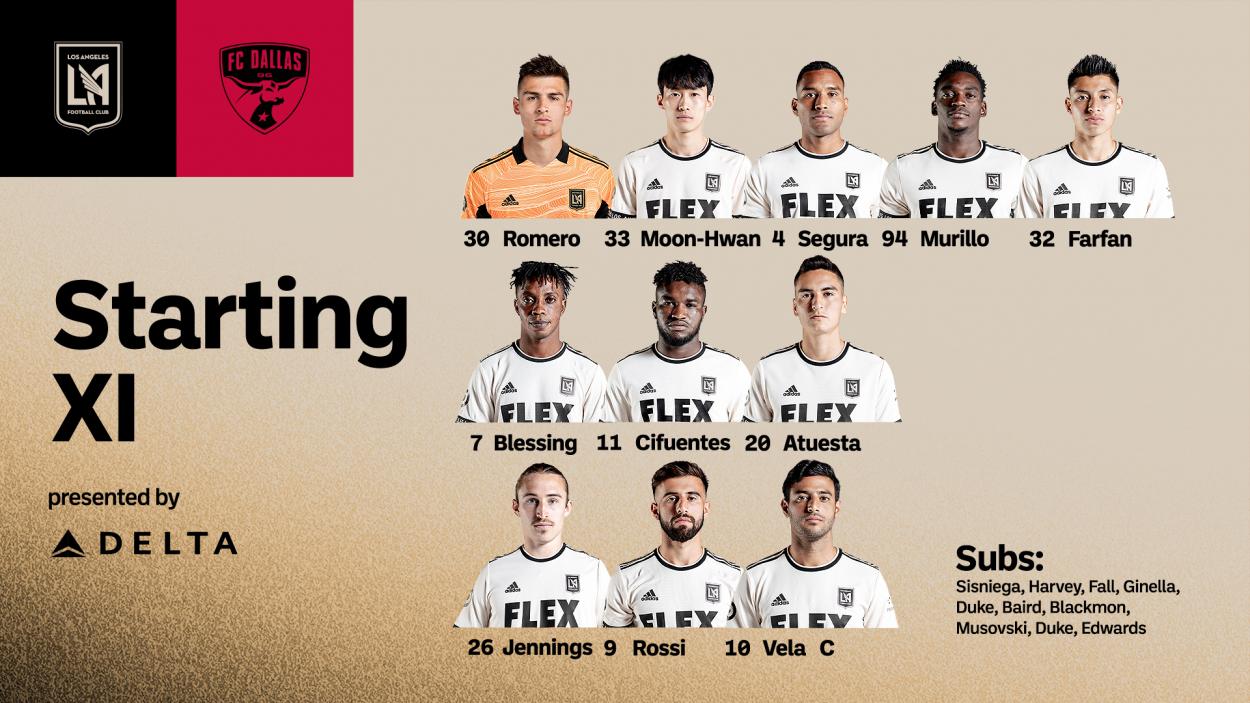 Dallas FC has also arrived at the stadium, ready for the match of the ninth matchday. 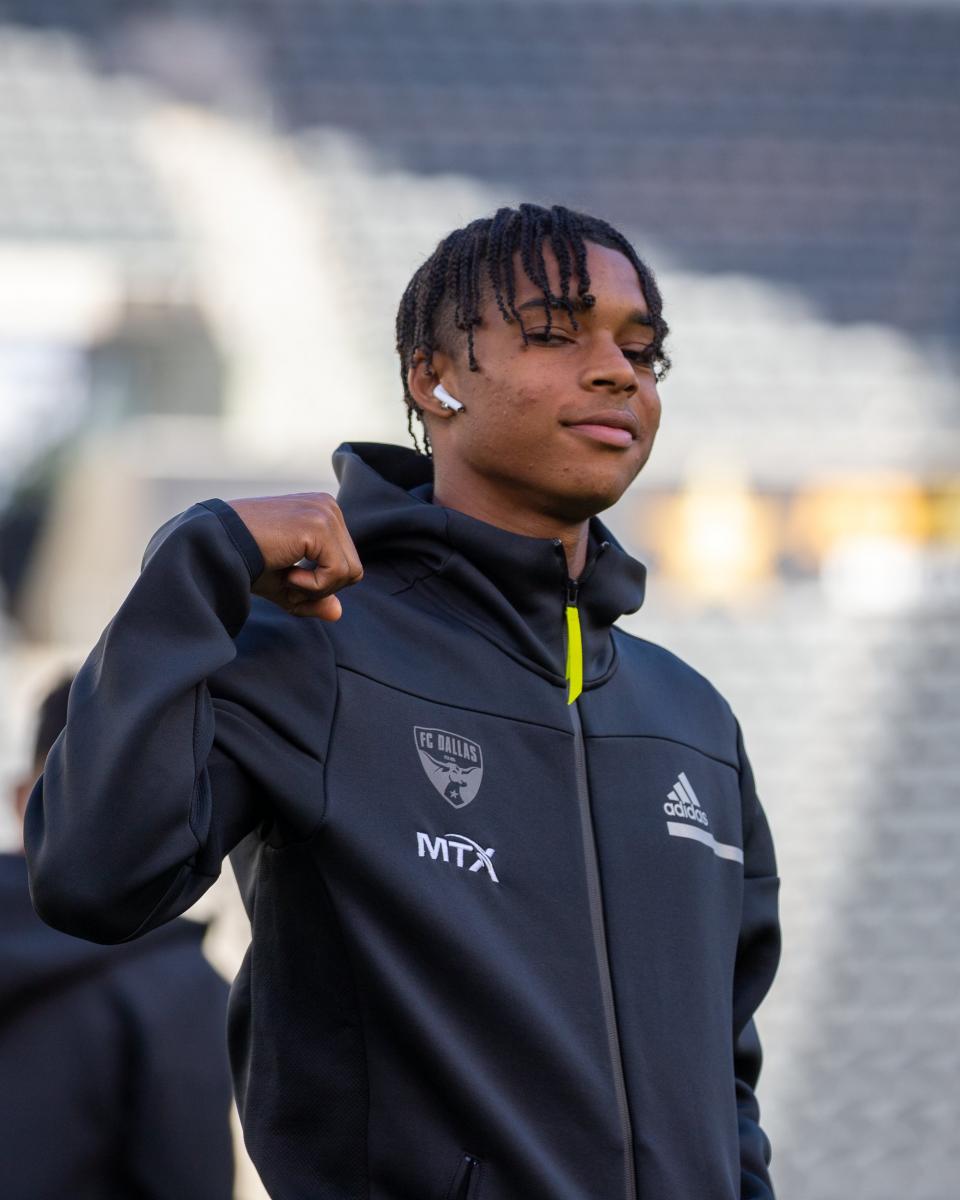 The local players are already at the stadium, ready to play the match.
9:46 PMa month ago

Dallas FC reported the absences of Matt Hedges and Beni Redzic, due to hip injury and ankle sprain, respectively.
9:41 PMa month ago

Do not miss a detail of the match LAFC - Dallas FC with the live updates and commentaries of VAVEL. Follow along with us all the details, commentaries, analysis and lineups for this match.
9:36 PMa month ago

How to watch LAFC - Dallas FC Live Stream on TV and Online?

If you want to watch the game LAFC - Dallas FC  live on TV, your options is: ESPN.

Last lineups of LAFC vs Dallas |

Franco Jara: The former Pachuca player comes into this match having played eight games in the current tournament. With only one goal to his name, the center forward will be looking to start adding more goals to his tally. 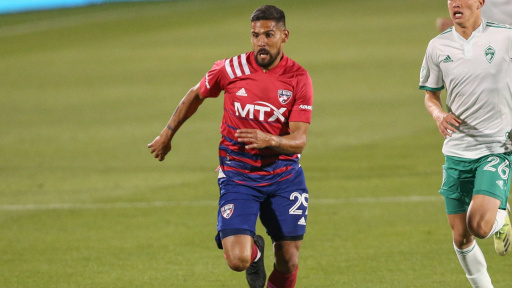 Carlos Vela: The winger arrives after playing 5 matches this year, however, he is coming back from an injury, so he will be looking to prove that he is capable of being in the starting lineup. 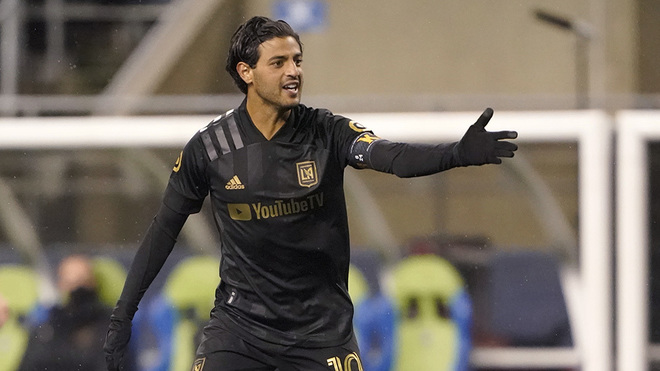 Dallas: To get out of the bottom |

Dallas is at the bottom of the Western Conference with only 7 points. After a one-point draw against Minnesota with a goal by Pepi, Gallaguer's team will be looking for a way out of the bottom. 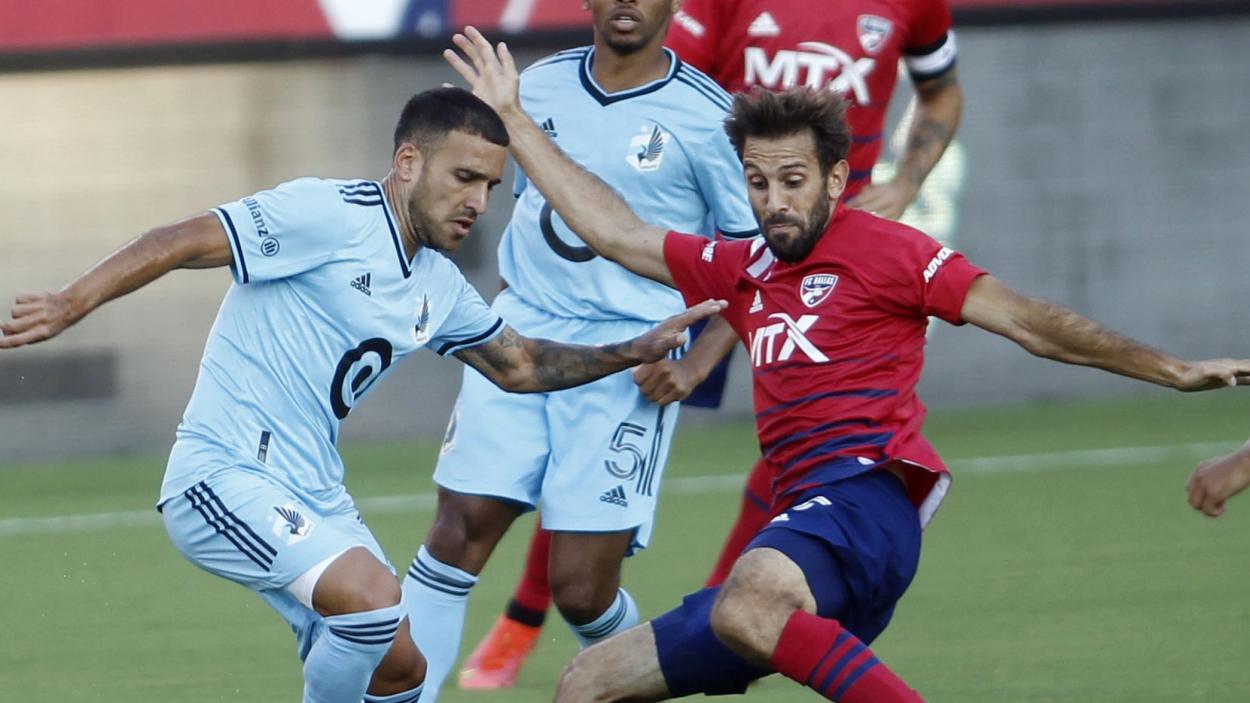 LAFC - Dallas: To keep on adding |

LAFC comes off a one-goal draw against Houston Dynamo. Cifuentes was the scorer of the goal; it should be noted that for most of the match, LAFC kept possession of the ball. 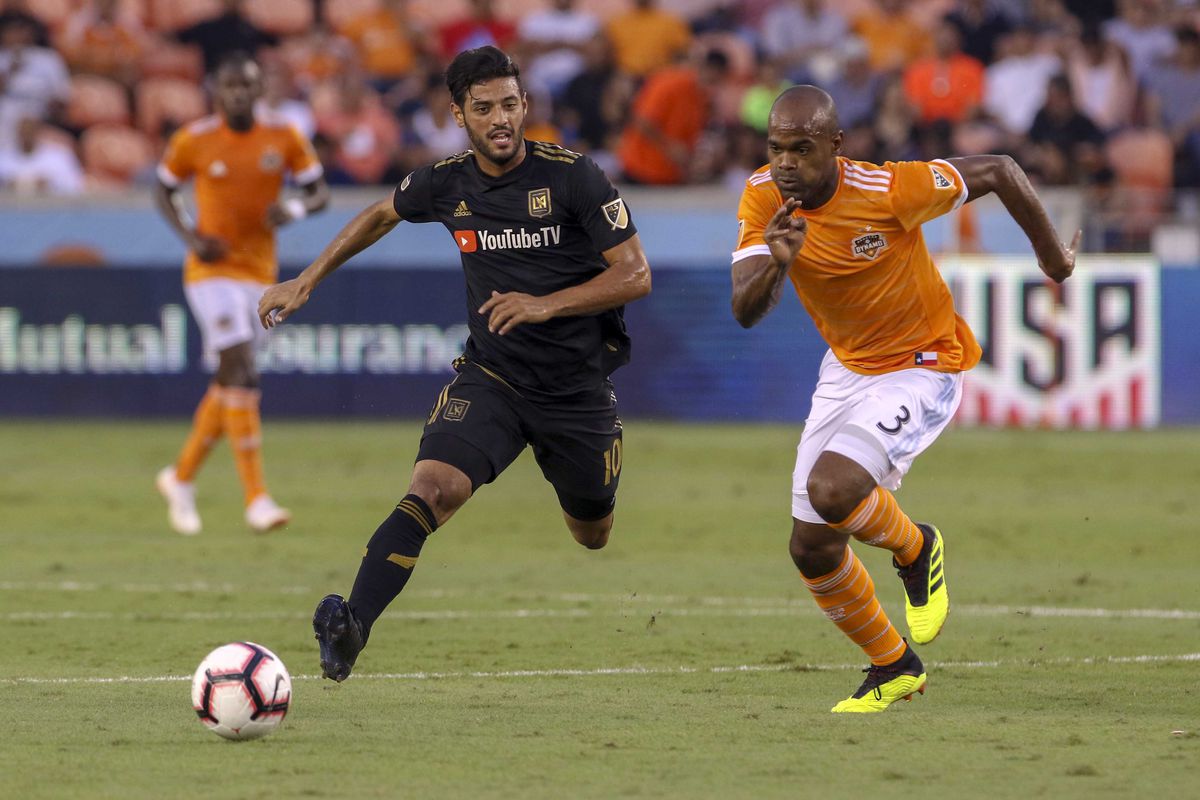 The match will be played at the Banc of California stadium

The LAFC vs Dallas match will be played at the Banc of California stadium in Los Angeles, California. The stadium has a capacity of 22,000 people.
9:01 PMa month ago

This is the ninth match of the season, LAFC and Dallas will meet at the Banc of California at 9:30 p.m., looking to make it three out of three.
8:56 PMa month ago

Chicago Fire 0-0 NYCFC: The points are shared at Soldier Field 2 hours ago

Seattle vs FC Dallas preview: How to watch, team news, predicted lineups and ones to watch 6 hours ago

New York Red Bulls vs FC Cincinnati preview: How to watch, team news, predicted lineups and ones to watch 11 hours ago

Chicago Fire vs NYCFC preview: How to watch, kick-off time, team news, predicted lineups, and ones to watch a day ago

Austin FC vs Colorado preview: How to watch, team news, predicted lineups and ones to watch 4 days ago

Philadelphia Union vs Chicago Fire preview: How to watch, kick-off time, team news, predicted lineups, and ones to watch 4 days ago
//