End of the match: Sporting Kansas City wins 3-1 over the Colorado Rapids.
10:30 PMa month ago

Polished! Alan smashes the ball against the post and the ball is out, the flagman signals offside and the action is disallowed.
10:07 PMa month ago

Pulido misses the 4-0, the Mexican had won the goalkeeper's position well but did not direct the last touch correctly.
10:06 PMa month ago

Double change for Colorado. Diego Rubio and Cole Bassett leave the field to give way to Nicolas Benezet and Nicolas Mezquida, respectively.
10:02 PMa month ago

Goal. Hernandez sent it into the net after Salloi's service. The Rapids can't seem to recover.
9:55 PMa month ago

Restart of the second half.

End of the first half. Sporting Kansas City wins it by two, with a brace from Salloi.
9:18 PMa month ago

Double for Daniel Salloi. Right-footed shot between two defenders that puts the second goal in the goalkeeper's post.
9:14 PMa month ago

Salloi! The 20th shirt puts in a great cross that Russell fails to connect, Kansas dominates this first half.
9:08 PMa month ago

Salloi again creates a dangerous play and William Yarbrough makes a good save.
9:04 PMa month ago

Great save by Melia already a factor in his side retaining the lead.
8:55 PMa month ago

Colorado responded and found the diagonal in the opponent's area, but Barrios made a mistake and couldn't find the target.
8:47 PMa month ago

Great reception by Shelton who beat both centre-backs, but Yarbrough came up well to prevent the first goal.
8:40 PMa month ago

Coach Peter Vermes will have Pulskamp, Dia, Puncec, Rad, Duke, Duke, Barber, Harris and Pulido on the bench as the driving forces;

The Colorado Rapids locker room is ready and they're showing off their smart attire for tonight's game.

Sporting Kansas City players are the first to arrive at the stadium. 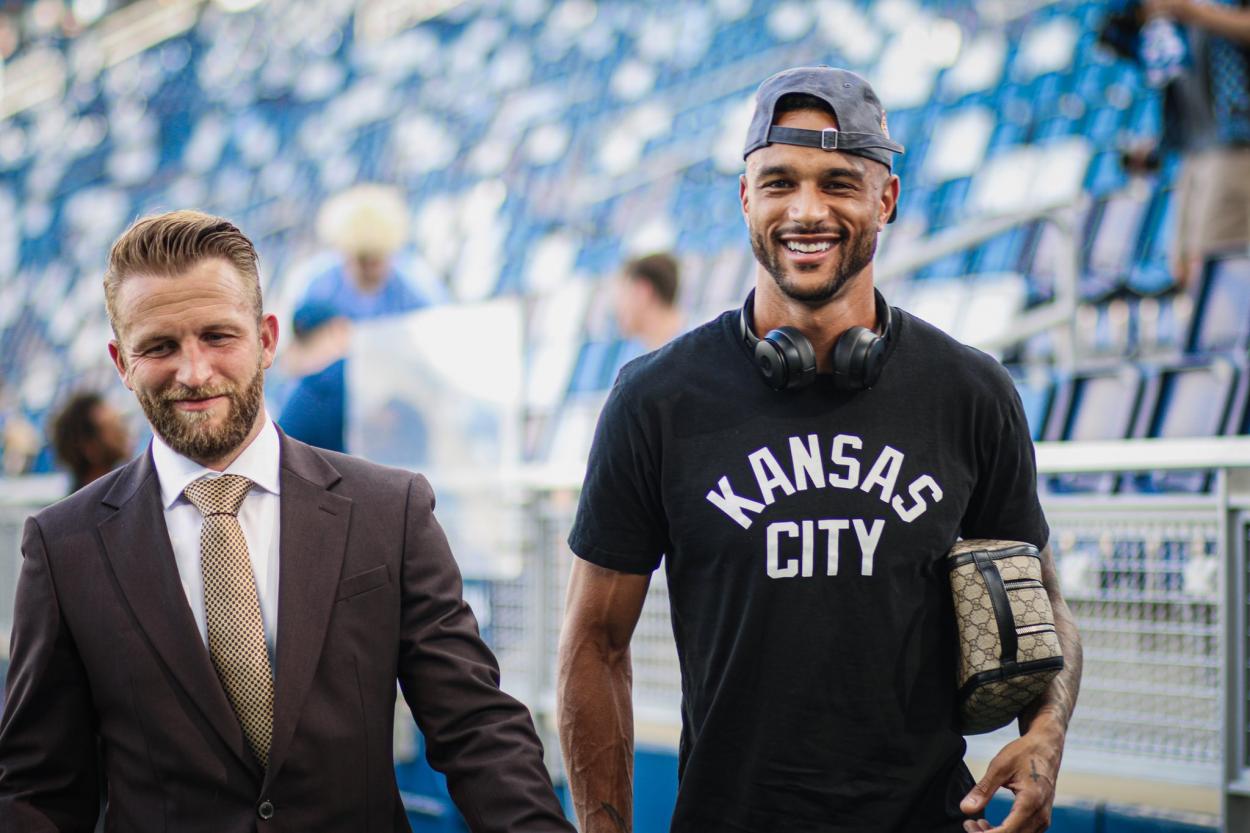 This is what the Sporting Park turf looks like a few minutes before the match between Kansas and Colorado. 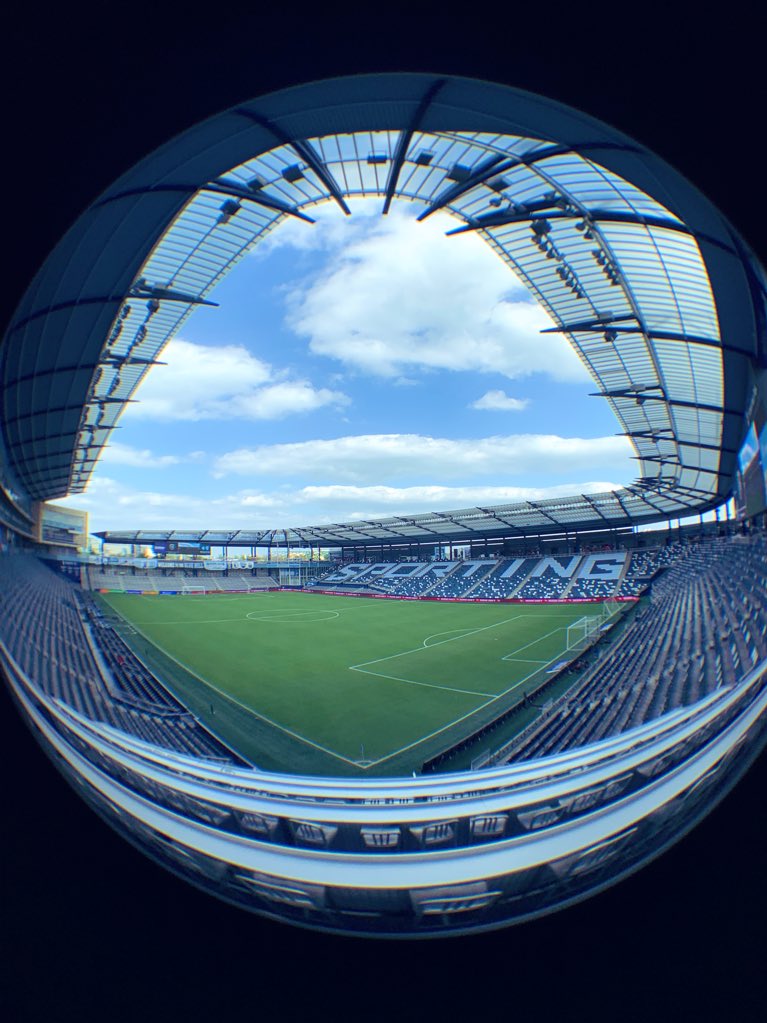 In a few moments the match will start and we will have the most up to date information for you.
7:49 PMa month ago

Do not miss a detail of the match Sporting KC vs Colorado Rapids with the live updates and commentaries of VAVEL. Follow along with us all the details, commentaries, analysis and lineups for this match.
7:44 PMa month ago

How to watch Sporting KC vs Colorado Rapids Live Stream on TV and Online?

If you want to watch the game Sporting KC vs Colorado Rapids live on TV, your options is: ESPN.

What time is Sporting KC vs Colorado Rapids match for MLS?

Defender Luis Martins is the only player in the team who has played all the minutes of the regular season so far. 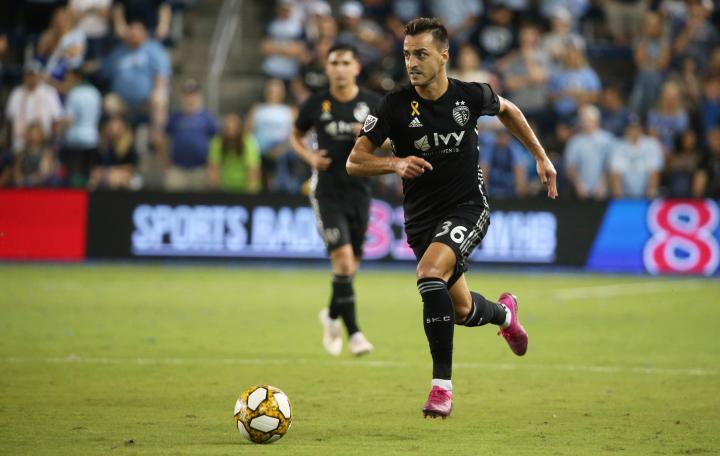 Goalkeeper Yarbrough has made 13 saves in his last two games. 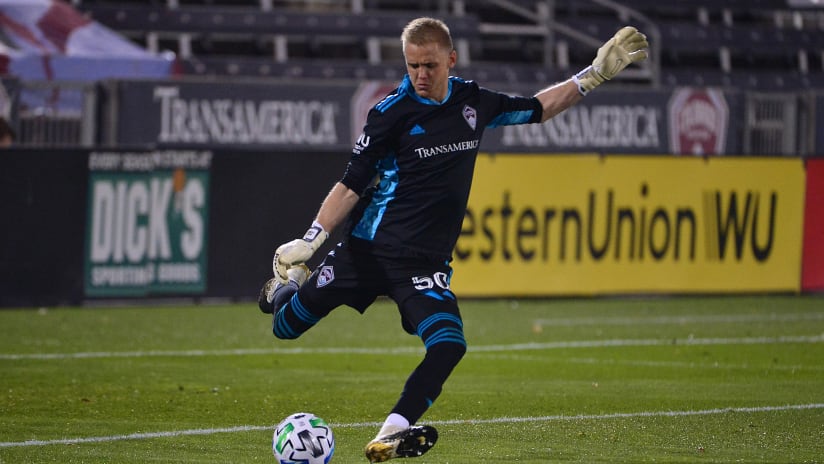 David Gantar will be the central referee for this match.
7:09 PMa month ago

Sporting KC, meanwhile, are second in the Eastern Conference. With 10 games played, five wins, two draws and three defeats, with 17 points in total.
7:04 PMa month ago

The Colorado Rapids are third in the conference. With 8 games played, they have five wins, one draw and two losses for a total of 16 points.
6:59 PMa month ago

For this match the teams arrive in very similar conditions, Kansas is only one position above Colorado.
6:54 PMa month ago

The match will be played at the Children's Mercy Park

The Sporting KC vs Colorado Rapids match will be played at the stadium Kansas City, United States. The stadium has a capacity of 18,467 people.

Welcome to VAVEL.com’s coverage of the 2021 MLS match: Kansas vs Colorado Live Updates!