We thank you for joining us during this match between Uruguay and Paraguay for date five of group A of the Copa America 2020.
10:03 PMa year ago

In a match without many emotions, Uruguay beat Paraguay by one goal to zero.
9:51 PMa year ago

The match will be played until the 94th minute
9:49 PMa year ago

Foul on Jiménez in Paraguay. The albirroja has a golden chance to equalize.
9:46 PMa year ago

Luis Suárez tries a free kick, but the ball goes wide of the Paraguayan goal.
9:44 PMa year ago

It has been a second half without many emotions. Despite this, the difference in the score is only one goal.
9:41 PMa year ago

Junior Alonso is cautioned in Paraguay
9:40 PMa year ago

Paraguay has not managed to score a shot on Uruguay's goal in 76 minutes of play.
9:36 PMa year ago

Edinson Cavani is everyone's partner in attack. Unfortunately for Uruguay, De Arrascaeta has not found the goal.
9:23 PMa year ago

Uruguay manages to control the match while Paraguay tries to get the equalizer without order in its attack.
9:20 PMa year ago

Out: Diego Godín and Matías Vecino

In: Sebastián Coates and Martín Cáceres

Paraguay attacks with desire, but without ideas. Uruguay plays a brilliant game from a tactical point of view
9:13 PMa year ago

Óscar Romero scored the equalizer, but the referee flagged the referee's position as being in offside
9:11 PMa year ago

Uruguay partially wins over Paraguay by one goal to zero
9:05 PMa year ago

END OF FIRST HALF!

The first half will be played until the 47th minute.
8:47 PMa year ago

After a nice team move, Matias Vecino scored a goal in offside for Uruguay.
8:45 PMa year ago

The first caution of the match was given to Omar Alderete in Paraguay.
8:42 PMa year ago

Nicolás De La Cruz tried a solo move, but unfortunately he never had the support of his Uruguayan teammates. The score remained one against zero.
8:39 PMa year ago

With this result, Uruguay is in second place with seven points, while Paraguay is third with six points.
8:37 PMa year ago

Uruguay tries constantly down the right flank, but Paraguay continues to defend well.
8:34 PMa year ago

Exit: Miguel Almirón due to injury

Now the match is played in the middle of the field. Uruguay adopts a counter-attacking position and gives the ball to Paraguay.
8:30 PMa year ago

Cavani scores the first of the match from the penalty spot
8:22 PMa year ago

Following a foul by Ángel Romero on Nandez, the referee awarded a penalty kick to Uruguay
8:19 PMa year ago

With a defensive approach, Paraguay tries to counterattack, while Uruguay proposes much more. For the moment, the clearest chance has been for the sky-blue team.
8:16 PMa year ago

The Uruguayan smashed the ball against the post, looks much better Uruguay
8:10 PMa year ago

Uruguay looks for Nandez on the right flank, but he has no support in front of the attack.
8:08 PMa year ago

Uruguay proposes while Paraguay waits in its own backyard
8:04 PMa year ago

Uruguay vs Paraguay match is on the line
7:56 PMa year ago

Everything is ready to meet the winner!

The two teams prepare to play the match
3:05 PMa year ago

In a few moments we will share with you the starting lineups for Uruguay vs Paraguay live, as well as the latest information from the Estadio Olimpico Pedro Ludovico. Stay tuned for up-to-the-minute live updates from VAVEL.com.
3:00 PMa year ago

Where and how to watch Uruguay vs Paraguay online and live?

The match will be broadcast on SKY Sports. If you want to watch the match live online, VAVEL Mexico is your best option.
2:55 PMa year ago

Statements by Eduardo Berizzo, prior to the match against Uruguay

"We will not speculate with any position in the table, we will go out to win as always. We will prepare for a match that does not let you rest and we will evaluate who are the most suitable players for the match against Uruguay".

On Paraguay's virtues, "We made the most of the stopped ball, a facet of the game in which we are very strong, we had not been able to connect with goal, we had headed a lot in the rival area and luckily today the goal opened and so, we must feel satisfied, rely on this performance and go in search of more.

I like to believe that we are a team of 28, where anyone can play and become part of the idea and develop it and make it solid and strong, and that one's own name matters less than the whole team. In this I involve the most talented people in the team, such as Óscar and Ángel Romero, Samudio, Almirón, the people who play in attack have a great conviction to help in solidarity and the people who play in the lower part of the team also take risks to play and that is something that the team has and that we must defend".

"Confidence is a fundamental factor and it is achieved by having matches in which we can look at ourselves and take positive things. The negative ones will be pointed out, we will try to see if there are possible causes and we will also try to improve them. We have a match coming up against Paraguay, which is already very difficult, a rival we have already faced recently in the qualifying rounds, and it has been a very even, very close match". 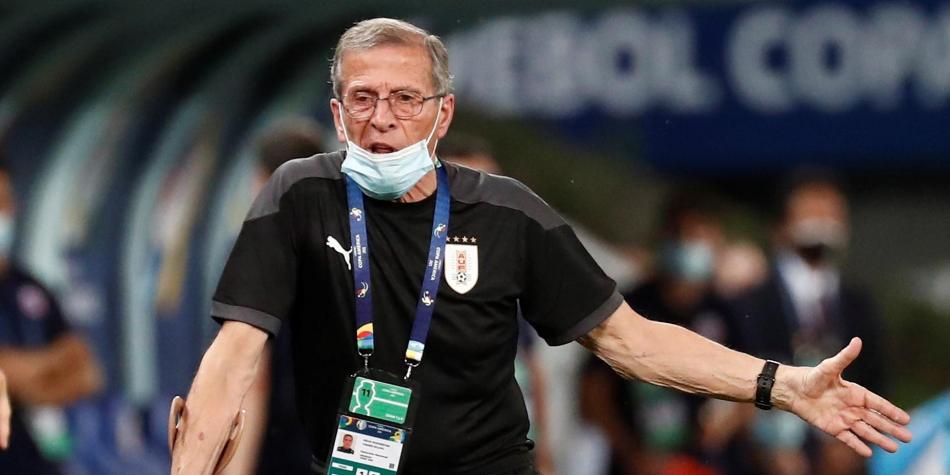 At 27 years of age, Miguel Almirón is the Paraguayan national team's main point of reference in attack. Thanks to his great ability in one-on-one duels and even his goal-scoring ability, Almirón will be the albirroja's most outstanding player.
2:30 PMa year ago

Uruguay has several players of outstanding importance. With two excellent strikers, for many it is the most dangerous pair of strikers in South America. Luis Suarez gets all the attention thanks to his great goalscoring ability and his instinct for finding the ball. He will be the most important player for Uruguay.
2:25 PMa year ago

With a total of 26 matches played in the context of the Copa América, Uruguay has the advantage over Paraguay. Los Celestes have won 14 matches, while Los Guaranies have triumphed in six of them, drawing in the remaining six.
2:20 PMa year ago

Paraguay to maintain its good performance

Despite having lost to Argentina on day 3 of the group stage, Paraguay is in second place in the group. After having won against Bolivia and Chile, the albirroja knows that by beating Uruguay, they have the opportunity to take first place if Argentina does not beat Bolivia.
2:15 PMa year ago

With one win, one draw and one loss, the team coached by Óscar Washington Tabárez wants to reach seven points in the Group A table. After beating the Bolivian national team by two goals to zero, the sky-blue team will seek to continue its winning streak.
2:10 PMa year ago

The match will be played at the Olympic Nilton Santos

The game between Uruguay and Paraguay takes us to Rio de Janeiro. The Olympic Stadium Nilton Santos will be the place where this match will be played. It has a capacity for 46,800 people. 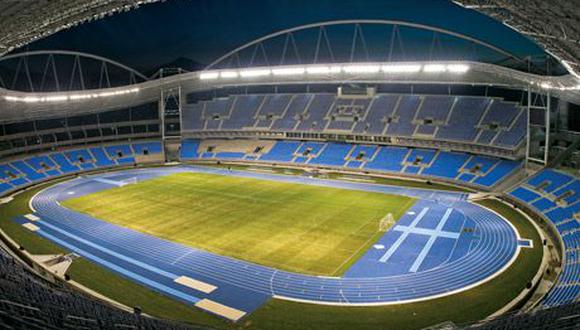 My name is Esteban Monsalve and I’ll be your host for this game. We will provide you with pre-game analysis, score updates, and news as it happens live here on VAVEL.