Thank you for following the broadcast of the game between Ukraine and England corresponding to the quarterfinals of Euro 2020. See you next time.
4:52 PMa year ago

England will return home and on Wednesday at 2pm Mexico time and 3pm Central time in the United States, they will be hosting Denmark, who have become the dark horse of the fans, at Wembley Stadium.
4:50 PMa year ago

Nothing more to add.

England beat Ukraine 4-0 and assert the status of favorite to be installed in the top 4 of Euro 2020.

Jadon Sancho tries to run into the edge of the box, but the defender gets in his way and he ends up being fouled.
4:42 PMa year ago

With the game already decided, England controlled the action and Ukraine closed in a bit more in order to avoid a bigger scoreline in Rome.
4:34 PMa year ago

Yevhen Makarenko's powerful shot is saved by the English goalkeeper with his fists to avoid trouble.
4:33 PMa year ago

Harry Kane is replaced by Calvert-Lewin. England change already thinking about the semifinal against Denmark.
4:27 PMa year ago

Trippier, Rashford and Bellingham come on and Phillips, Sterling and Shaw come off. These are England's changes.
4:23 PMa year ago

Jordan Henderson wins the corner kick and heads in a free header to seal England's place in the semifinals.

Harry Kane's volleyed shot from outside the box was heading for the corner, but the goalkeeper flies to deflect the ball away and save his goal.
4:20 PMa year ago

Declan Rice leaves the field to protect him because he has accumulated a yellow card and Jordan Henderson enters the field. England change.
4:11 PMa year ago

Harry Kane takes advantage of the cross inside the six-yard box to put a precise header through the keeper's legs to put Italy ahead.

Direct free kick that Harry Maguire heads without complications to send the ball into the back of the net and increase the difference.

Start of the second half between Ukraine 0-1 England.
3:50 PMa year ago

With Harry Kane's solitary goal at the start of the match, England is beating Ukraine 1-0 at the Olimpico in Rome.
3:47 PMa year ago

Three more minutes will be added to the match that England is winning 1-0 over Ukraine.
3:41 PMa year ago

Jadon Sancho with the turn and control inside the area, but his attempt went just wide of the goalkeeper's goal.
3:38 PMa year ago

Declan Rice surprised with a powerful shot from outside the box that the goalkeeper saved with a firm foot. Now two Ukrainian players are left lying on the field.
3:33 PMa year ago

A set piece that Harry Kane wins in the air, but the ball goes over the top of the goal. England close.
3:28 PMa year ago

Jadon Sancho is caught offside as he was shaping up to go solo down the flank.
3:23 PMa year ago

Raheem Sterling with the impact from outside the box that crashes into the Ukrainian defensive wall and the play did not go any further.
3:18 PMa year ago

A hard foul by Illia Zabarnyi on Steerling as England tried to advance, for which the referee penalized the infringement.
3:13 PMa year ago

Roman Yaremchuk was able to send in a low pass, but the English goalkeeper was alert to save his goal.
3:08 PMa year ago

Roman Yaremchuk tried to break down the right flank, but when he put in the cross he did it poorly and was denied by the England defense.
3:03 PMa year ago

Ukraine tried to react by exerting pressure in the opponent's area, but England slowed them down by controlling the ball in midfield and controlling the game without major problems.
2:58 PMa year ago

Harry Kane's through ball into the box beats the goalkeeper, despite his departure. The score was already open at the Olimpico in Rome.

Sancho was called for a foul when he fell inside the area, but the referee did not award a penalty despite the crowd's shouting.
2:43 PMa year ago

The last game of the Euro 2020 quarterfinals between Ukraine and England kicks off.
2:38 PMa year ago

Both England and Ukraine are currently taking to the field and the national anthems of both nations will be played shortly for the Euro 2020 quarter-final game.
2:33 PMa year ago

These are the substitutes for the England squad:

These are the substitutes of the Ukrainian team:

How was the passage from Ukraine?

Ukraine had a different path because they started with a 3-2 loss to the Netherlands, but then recovered by beating North Macedonia 3-1; they closed the group stage by losing to Austria 1-0, but advanced as one of the best third-placed teams.

In the round of 16, they had to go to extra time to beat Sweden 2-1 for the first time in an international tournament.

How was the passage from England?

In the round of 16 they suffered a little, but in the end they beat Germany 2-0 to reach this stage.

Under a standing ovation inside Rome's Olympic Stadium, England took to the field for some warm-up exercises, as the game against Ukraine is kicking off in about 20 minutes.
2:08 PMa year ago

They got to know the field

Prior to the warm-up and kick-off, England took to the field to get a feel for the condition of the pitch at the Olimpico in Rome, noting that they will be playing their first game away from home and the fans could be divided due to the fact that they are playing in Italy. 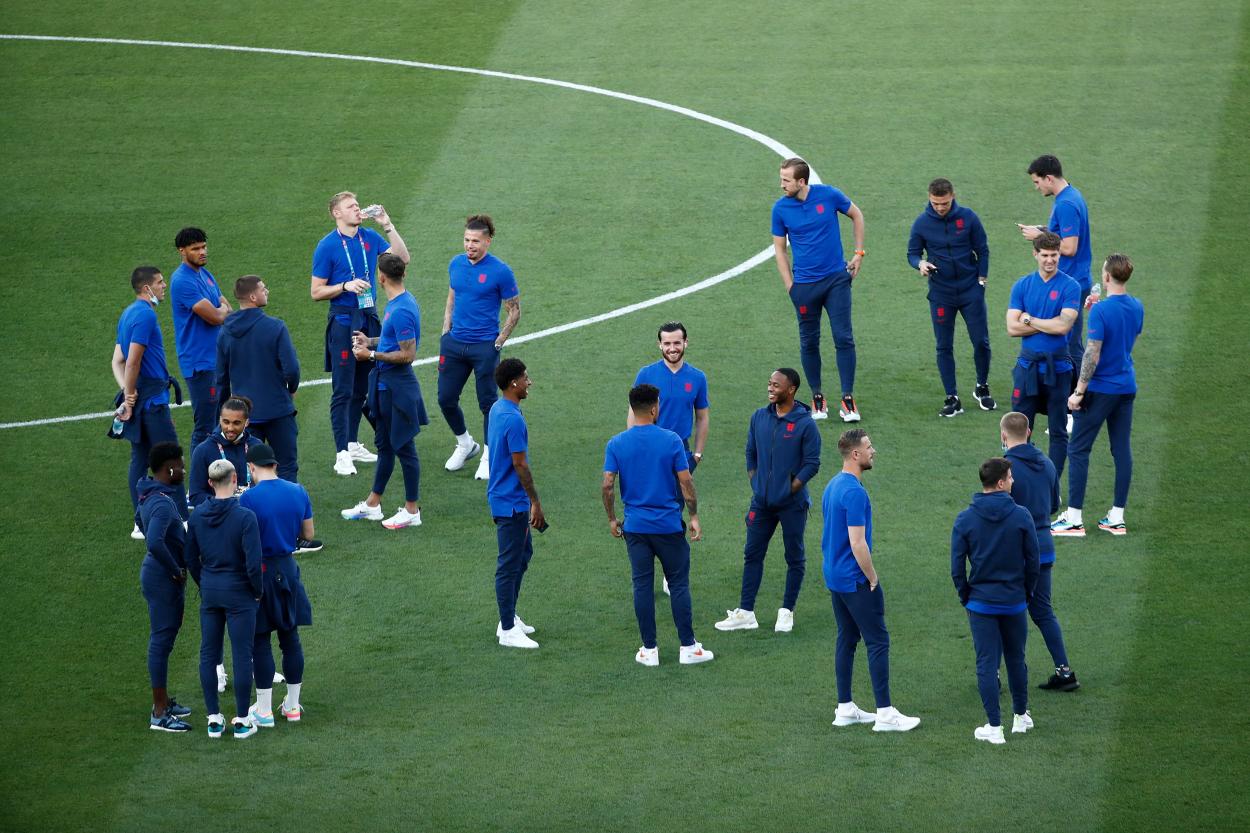 Andriy Shevchenko, Ukraine's idol, scored a goal to give Ukraine its first victory in a European Championship and now, for the first time, he has led the team to the quarterfinals, where they are looking to continue making history in order to reach the semifinals.
1:58 PMa year ago

An England that has excited their country, ended a great curse in the round of 16 by finally defeating Germany by a score of 2-0. Now it seems that they have a clear path to reach the final, remembering that if they advance to the semifinals they will return to Wembley Stadium to receive the support of their fans.
1:43 PMa year ago

Raheem Sterling has become one of England's most important pieces by scoring 3 of the 4 goals that the English team has in the Euro 2020 edition, the other goal was scored by Harry Kane in the last game of the quarterfinals.
1:38 PMa year ago

There is already a rival

Denmark, a team that lost its first two games in the group stage, has become the dark horse of the competition after beating the Czech Republic 2-1 on Saturday and will face the winner of the game between Ukraine and England.
1:33 PMa year ago

The last clash of the quarterfinals of the Euro 2020 to be held at the Olympic Stadium in Rome has arrived, where Ukraine wants to make history to get into the semifinals when they face an England that wants to win an international title again. We start with the coverage through VAVEL.
1:28 PMa year ago

When will the semifinal take place?

The second semi-final of Euro 2020 will be played next Wednesday at Wembley, so if England defeats Ukraine they will be able to play at home against the winner of the series between Czech Republic and Denmark. On Tuesday, Italy will face Spain.
1:23 PMa year ago

During the extra time against Sweden, Artem Besedin received a strong impact on his leg that almost broke it and later it was reported that a severe ligament injury will keep him away from the field for at least 6 months. It will be a significant loss for Ukraine, who will face the quarterfinals without him.
1:18 PMa year ago

Will not make the trip

Due to the restrictions in Italy, mainly with the notification by the authorities that English fans would not be allowed entry even though they were vaccinated, the large number of England fans did not make the trip to Italy to support their national team.
1:13 PMa year ago

Do not miss a detail of the match with the live updates and commentaries of VAVEL. Follow along with us all the details, commentaries, analysis and lineups for this England vs Ukraine match.
1:08 PMa year ago

What time is England vs Ukraine match for Euro 2020?

This is the start time of the game England vs Ukraine of July 3rd 2021 in several countries:

Only once have they faced each other in the Euro and that was in the group stage of Euro 2012 where the English won 1-0 with a goal by the historic Wayne Rooney.

In addition, in the last 11 years they have met five times, with England winning twice, drawing twice and losing once.

Whatever happens, Artem Dovbyk's goal in the last game will be forever marked in Ukraine's history and the motivation he has for this game could be key, especially if he starts the match. 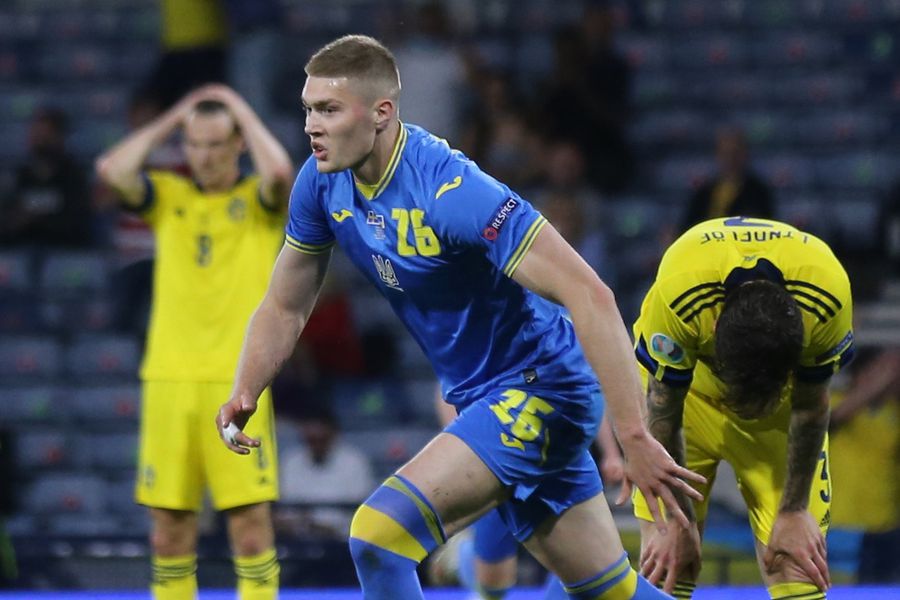 The goal man of this Euro has been Raheem Sterling, who has scored three of England's four goals in this edition, but beyond that, the volume of play and the ability to arrive and constantly have dangerous plays make him a dangerous player. 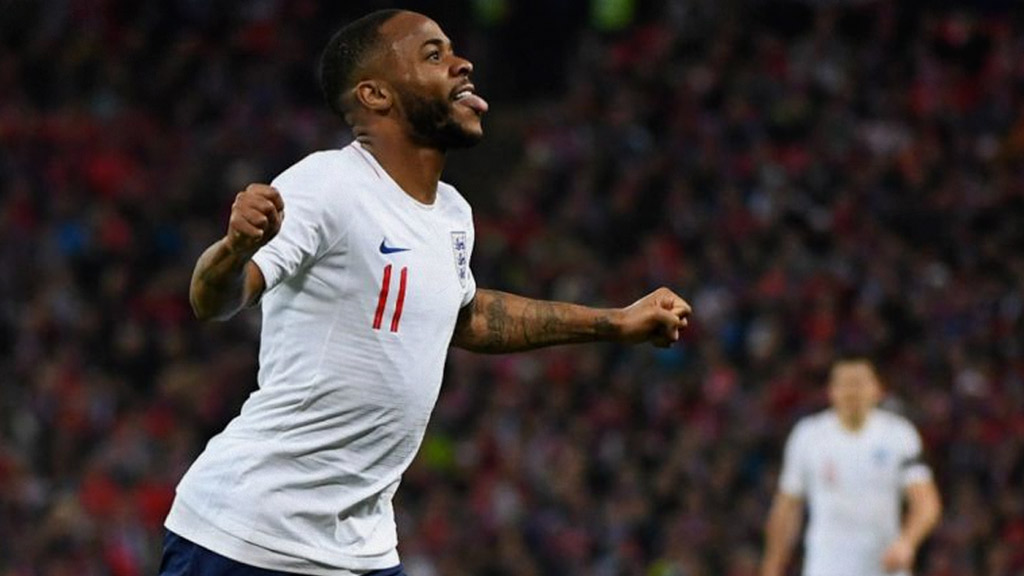 Ukraine: everything to win

For the first time in their history, they reached the quarterfinals of a European Championship led by their coach, the historic Andriy Shevchenko, who has led them to make history, especially in the round of 16 where they defeated Sweden 2-1 in extra time, however, they will not be able to count on Artem Besyedin after suffering a torn ligament that will keep him away from the playing fields for a long time.
12:33 PMa year ago

It seems that England has the table set to reach the final, as they eliminated the only heavyweight team in the quarterfinals, which was Germany. Expectations are sky high because they have not yet conceded a goal in this edition of the European Championship, although history plays against them because in the three matches they have played in the quarterfinals of a European Championship, they have gone to penalties in all of them and only once they have been able to win, so they will try to break the curse.
12:28 PMa year ago

Who will the winner go up against?

The winner between England and Ukraine, in the last match of the round of 16, will face the winner between Czech Republic and Denmark, who will play three hours before this match. It should be noted that the only match that could be repeated in the semifinals would be the clash between the Czech Republic and England, where the English won the last match of the group stage by a score of 1-0.
12:23 PMa year ago

What happens in the event of a draw?

As has already happened in some matches of this edition, if the matches end in a draw after 90 minutes, extra time of 15 minutes each would be mandatory and, if the tie still prevails, penalties would be taken.
12:18 PMa year ago

With a clear path

The winner seems to start as favorite for the Euro semifinal to be played next Wednesday, as they will face the winner of the game between the Czech Republic and Denmark.
12:13 PMa year ago

The England vs Ukraine match will be played at the Olympic Stadium, in Roma, Italy. The kick-off is scheduled at 3pm ET.
12:08 PMa year ago

Welcome to VAVEL.com’s LIVE coverage of the 2020 Euro: England vs Ukraine!