We hope you enjoyed this Argentina vs Ecuador quarterfinal, stay tuned for the best news and sporting events on VAVEL.
11:05 PM25 days ago

Another impressive goal by Lio Messi

The Argentinian's sensational shot at the far post left the Ecuadorian goalkeeper with no chance.

Argentina's resounding victory with goals by De Paul, Martinez and Messi advances to the next round of the semifinals.
10:59 PM25 days ago

Free kick charged by Messi who sent to the back of the net with a powerful shot that was impossible for the Ecuadorian goalkeeper;
10:58 PM25 days ago

The referee corrected a non-existent penalty and, with the help of the VAR, awarded a free kick on the edge of the area and sent off Hincapié for the foul on Di María.
10:55 PM25 days ago

The referee awards Argentina a penalty kick for an alleged foul inside the area on Di María.
10:51 PM25 days ago

A poor start by Ecuador left Messi and Lautaro alone against a defender, and the Barcelona player gave his teammate the pass for a first-time shot against Galíndez.
10:46 PM25 days ago

Plata came at full speed down the right flank into the six-yard box, shot at the near post and the goalkeeper was well positioned at the back to save the ball.
10:35 PM25 days ago

Enner Valencia's shot from a free kick ends up being very forced and the ball goes wide of the Argentine goal.
10:29 PM25 days ago

A dangerous cross almost turned into an own goal by the Albiceleste defense.

Valencia entered the area alone and with a shot at the near post demanded a timely reaction from Martínez.
10:20 PM25 days ago

Great vision from Messi to assist and better resolution from De Paul with two defenders in front of him.

The first half ends with a partial victory for Argentina.
9:52 PM25 days ago

Valencia missed it! The Ecuadorian striker found a ball alone in the penalty area that he shot in front of goal but did not make good contact and the ball went near the far post.
9:45 PM25 days ago

After the Ecuadorian goalkeeper cut off the advancing Messi found the rebound and assisted first time to De Paul who came in alone on the right and scored without the goalkeeper and beating two defenders with his shot.
9:41 PM25 days ago

Argentina is saved!
Impressive cross that looked for two Ecuadorian strikers, Valencia managed to make contact with his head but the ball went wide.
9:38 PM25 days ago

Great defensive play by Otamendi who cuts off an advancing Mena at great speed.
9:37 PM25 days ago

Ángel Mena's bad shot from a free kick, with little angle, went over the back line to give Argentina the ball.
9:29 PM25 days ago

Post! Messi was left in a defensive error for Ecuador practically alone in front of the goalkeeper but at the time of the shot the ball hit the far post.
9:21 PM25 days ago

Pezzella shot in the box after a corner kick but the ball went wide and passed near the near post.
9:18 PM25 days ago

A great play by Lautaro MArtínez, who beat the goalkeeper with a spectacular move and at the moment of defending, Arboleda crossed himself and stopped the ball with his head on the line.
9:15 PM25 days ago

The match begins and Argentina quickly generates the first attacking play, which almost ends in an early goal.
9:10 PM25 days ago

Tribute at the stadium

The Argentina vs Ecuador match begins, both teams are on the field observing a respectful minute of silence for all the doctors who have faced the Covid-19, and lost their lives along the way.
9:05 PM25 days ago

On the other hand, professor Alfaro will send to the field his best eleven to try to play against Argentina with the following names:

The squad coached by Lionel Scaloni will take the field with the following lineup:

The albicelestes are on the court

Argentina's national team arrived at the stadium with a winning mentality and everything it needs to advance to the next round, as the favorite team due to the points it has over its opponent. 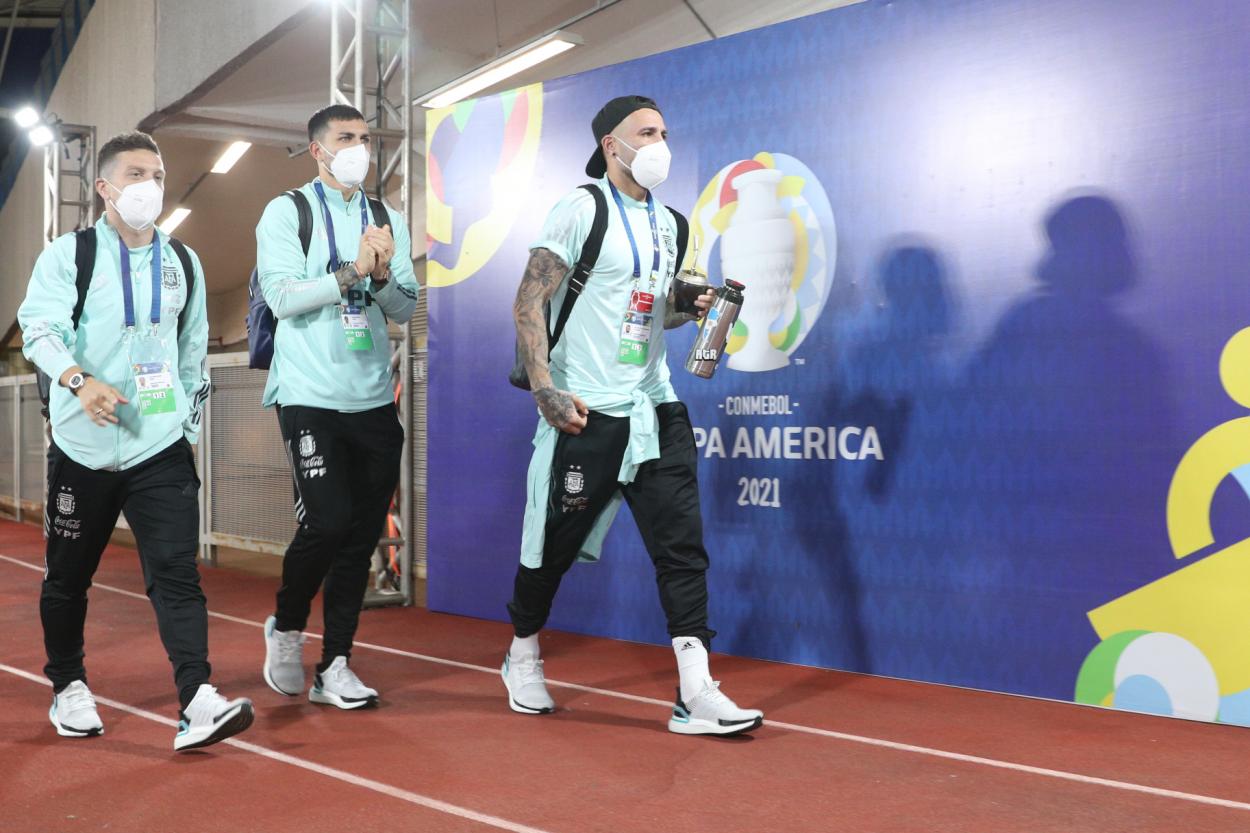 Last games for the semifinal

On this occasion, and although the opponent seems to be simple, they will have to face it as seriously as possible to continue advancing and if possible.

In a few moments we will present you all the details of Argentina vs Ecuador live from Brazil, do not miss all the details and the lineups of the match.
8:40 PM25 days ago

Everything you need to know about the match can be found on VAVEL.

Data, previous lineups, news and everything related to Argentina vs Ecuador is about to arrive as soon as possible.

Stay tuned, in a few minutes we will start broadcasting LIVE from the Olympic Stadium Pedro Ludovico Teixeira, in Brazil.
You can't miss it!

How and where to watch Argentina vs Ecuador

The match will be televised exclusively on TUDN USA, Univisión y Fox Sports 1.

If you want to follow it LIVE online, remember that the best option to do so is VAVEL USA.

Those in charge of playing the host team and getting the draw that gave them the qualification to the next round were:

The man who scored the goal came from the bench and came on as a substitute in the 17th minute, replacing Moisés Caicedo.

In Argentina's last match, the following men started the match under Scaloni:

Armani; Montiel, Pezzella, Martínez, Acuña, Palacios, Rodríguez, Correa, Messi, Gómez and Agüero, the latter being the new signing of F.C. Barcelona and one of the bombshells that has given him the round the world of soccer.

The Ecuadorian, Angel Mena has turned out to be a fundamental player for the attack of his national team. Not only because of the goal he scored in the last game, but also because of his mobility and dynamism at the moment of leading an offensive play for his team.

It is for this reason that he will have to give his best in tonight's match for his team to advance to the next round, but in this case not everything will depend on him, but on the performance of the team as a whole. 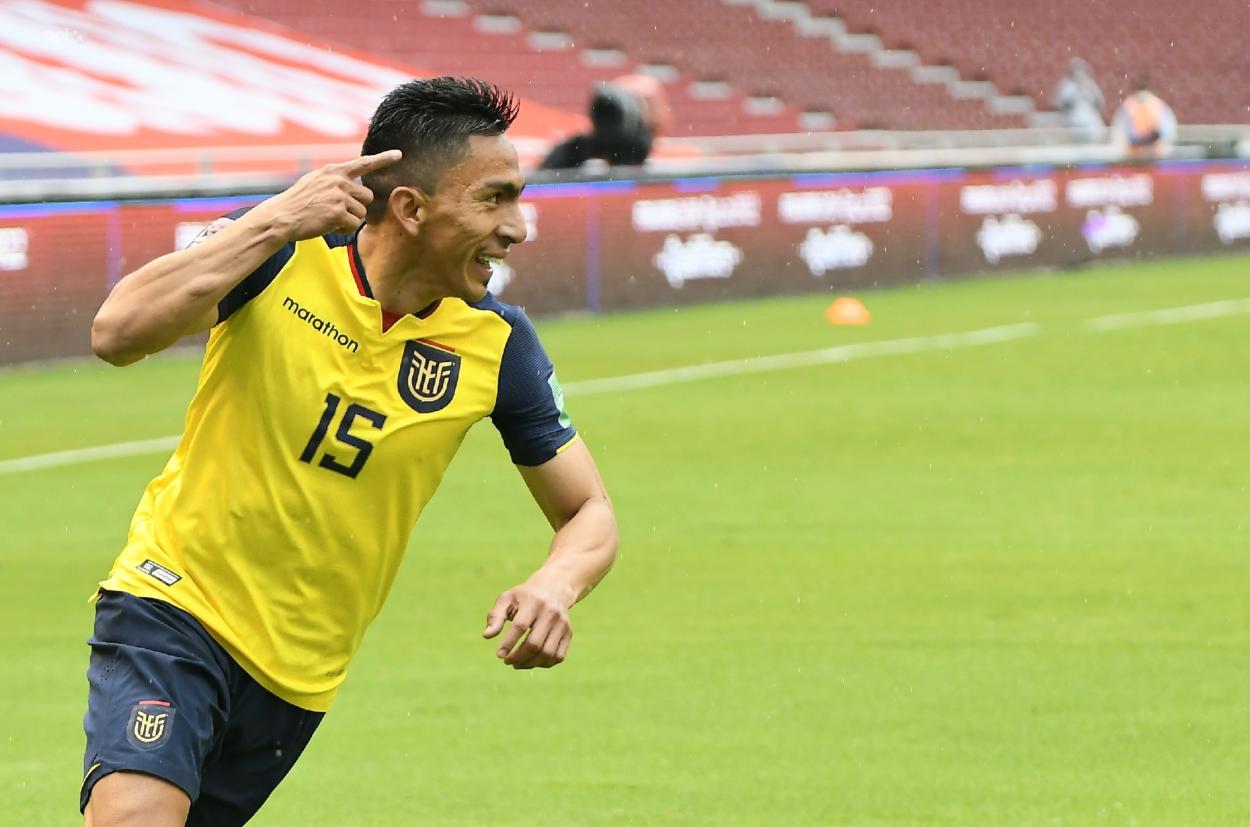 Clearly all eyes will be focused on Argentina's best player, Lionel Messi, who is either loved or hated by his country's fans.

If there is a moment in which the player considered by many as the best player in the world can achieve something important with his national team, it's precisely this one, since his age will not allow him to have more than two or three more international competitions with Argentina.

For the remainder of the qualifying round, he will have to play the best soccer of his life and also be the captain who motivates his teammates even in the most difficult moments in order to achieve a good team play and the championship if it's possible. 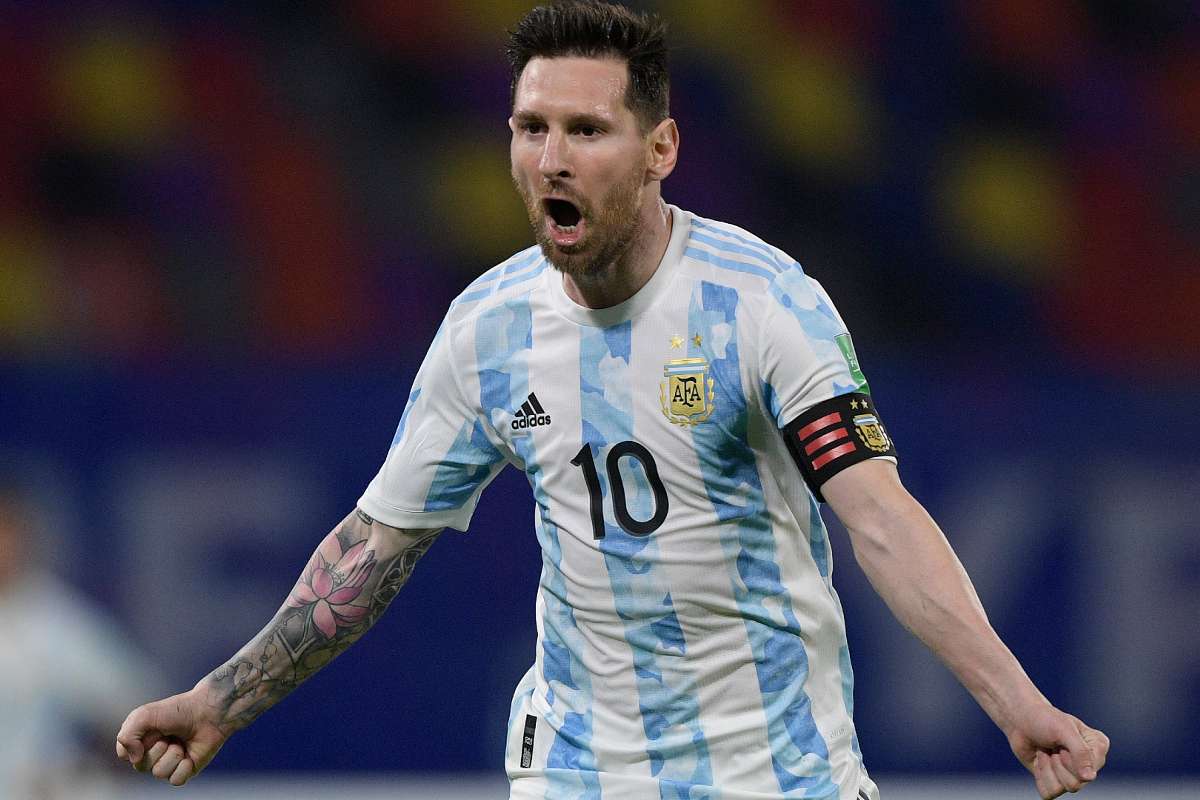 Ecuador plays for everything

Despite their poor run in the group stage, the Copa America rules have given the Ecuadorians an opportunity they can't afford to miss.

They have the chance to eliminate one of the favorite teams of the competition, and in the process qualify for the semifinals.

The last match was a draw for them against none other than Brazil, where they tied with a goal by Angel Mena in the 53rd minute, after going behind with a goal by Eder Militao.

Argentina won by a big score

The last match played by the Argentinian team was against Bolivia, a team that they defeated with great ease and that was unable to play with their starting center forward.

The match ended with a resounding score of 4-1, where the players in charge of scoring the goals were Darío Gómez, Lautaro Martínez and Lionel Messi, who scored twice.

On the Bolivian side, Erwin Saavedra was in charge of scoring the second goal.

Argentina finished the group stage as first place in the table, having won 3 matches and one draw, was undefeated and finished with 10 points in total; which makes it one of the favorites to dispute the playoff rounds.
A contrasting Ecuador, which obtained the amount of 3 points, this without winning a single match, with three draws and one loss was favored by the rules of the competition.
On this occasion, one of the most attractive matches of the qualifying rounds is presented, although it will be somewhat disparate in the statistics, both Ecuadorians and Argentines will go out to give their all for the pass to the semifinals.
7:55 PM25 days ago

The match will be played at the Olympic Stadium Pedro Ludovico Teixeira.

The Argentina vs. Ecuador match will be played at the Estadio Olimpico Pedro Ludovico Teixeira, in Brazil, with a capacity for 13,500 people.

The stadium is named after the founder of the capital city of Goiana (the state where it is located), Pedro Ludovico Teixeira.

My name is Salvador Espino and I’ll be your host for this game.
We will provide you with pre-game analysis, score updates, and news as it happens live here on VAVEL.
On this occasion we will present one of the most attractive matches of the qualifying rounds, although it will be somewhat uneven in the statistics, both Ecuadorians and Argentines will go out to give their all for the pass to the semifinals.