The 90 minutes are over at Pratt & Whitney Stadium. Mexico's National Team falls 4-0 to USWNT
6:54 PMa year ago

Change for Mexico. Nancy Antonio and Rebeca Bernal were replaced by Diana García and Nicole Pérez.
6:49 PMa year ago

Last US substitution: Lindsey Horan out, Tierna Davidson in.
6:40 PMa year ago

Changes for the United States:
Samantha Mewis and Crystal Dunn out, Catarina Macario and Emily Sonnett in.
6:34 PMa year ago

Monica Vergara sends two new changes to the pitch: Reyna Reyes and Kiana Palacios leave the pitch to give way to Bianca Sierra and Katty Martinez.
6:27 PMa year ago

Changes for Mexico. Alison Gonzalez and Cristina Ferral are out, Daniela Espinosa and Karina Rodriguez are in.
6:18 PMa year ago

Megan Rapinoe tries a free kick and the ball rattles the crossbar defended by Itzel Gonzalez.
6:15 PMa year ago

Second half starts
5:55 PMa year ago

The first 45 minutes are over. The United States Women's National Team leads 4-0.
5:53 PMa year ago

GOAL. The hat-trick comes via Tobin Heat.
5:52 PMa year ago

Despite Itzel Gonzalez's efforts on two consecutive plays, the home side made it 3-0 through Christen Press, Reyna Reyes collaborated with the error and ended up with an own goal.
5:46 PMa year ago

Mexico manages to get a foothold in the box and Stephany Mayor combines with Kiana Palacios but the move does not pay off.
5:43 PMa year ago

Gonzalez! The Mexican goalkeeper again intervened well to clear the ball off the goal line from a dangerous shot.
5:38 PMa year ago

María Sánchez hits a set piece and the shot goes over the crossbar.
5:32 PMa year ago

A saving handball! Itzel Gonzalez deflects the ball away from the corner.
5:31 PMa year ago

A through ball into the Mexican penalty area. Jocelyn Orejel makes contact with Tobin Heat's ankle but the refereeing body lets it go.
5:22 PMa year ago

GOAL! Carli Lloyd enters the box unmarked and with a header to make it 2-0.
5:17 PMa year ago

First warning! Tricolour captain Stephany Mayor tried a shot on goal but the contact with the ball was too weak and the goalkeeper had good control of the ball.
5:10 PMa year ago

Pratt & Whitney Stadium seats 40,000 spectators, the stadium was opened in 2003 and the estimated temperature during the game is expected to be between 25° and 15| degrees Celsius.
4:29 PMa year ago

The coach and former footballer had a coaching career prior to his arrival with the US women's national team on the bench of the Kansas City Comets, first as an assistant and then as a coach. He later coached F.C. Kansas City and Reign FC.
4:24 PMa year ago

The now coach of El Tri Femenil was an outstanding footballer who participated in two World Cups, one with the senior national team and the other in the U-20 category, one Olympic Games and two Gold Cups.
4:19 PMa year ago

Sixty minutes from kick-off, we will shortly share with you the starting XI with which Mexico and the United States will take the field at Pratt & Whitney Stadium.
4:14 PMa year ago

Do not miss a detail of the match Mexico vs USA live updates and commentaries of VAVEL.We will update you in a few minutes with the latest information as it becomes available.
4:09 PMa year ago

How to watch Mexico vs USA Live Stream on TV and Online?

If you want to watch the game Mexico vs USA live on TV, your options is: TUDN.

What time is Mexico vs USA match for ?

This is the start time of the game Mexico vs USA  of 5th July 2021 in several countries:

Stephany Mayor is one of the Tricolor's key players. The Tigres player has experience in Europe and is one of the elements that Monica Vergara relies on to integrate the new generation of players with the more experienced ones. 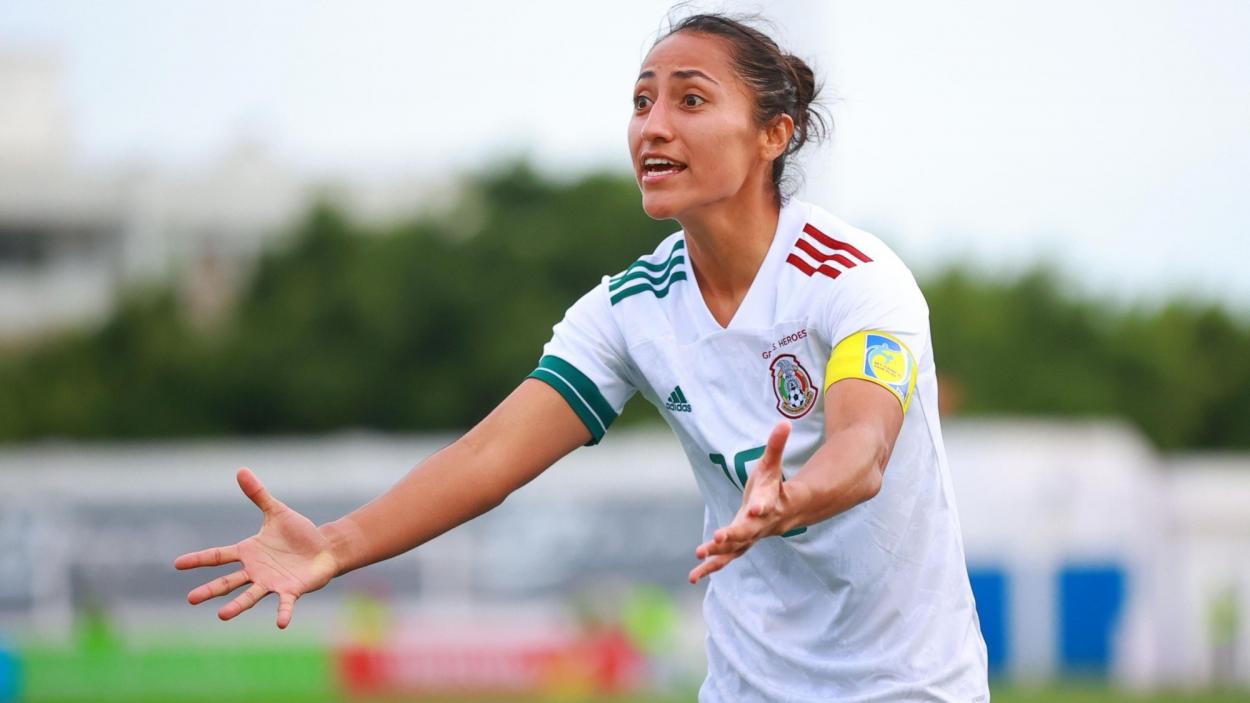 Megan Rapinoe has become the leader of this squad, with the authority she wields on and off the field she is the most important player on the team at the moment. 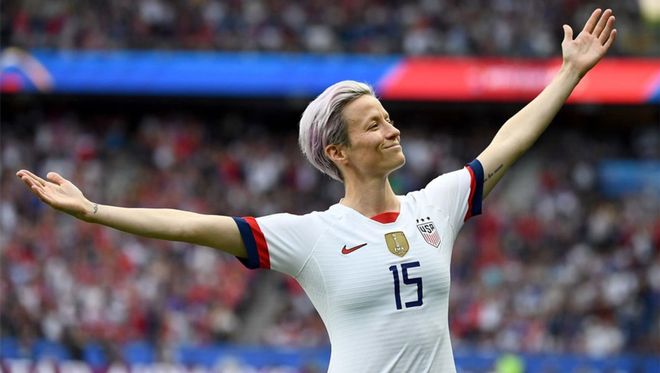 In the first match between the two teams, the US fans made their voices heard during the game, chanting "Equal pay" to demand fairer salaries for female players compared to the men's team.

The U.S. Women's National Team has been an important pillar for gender equality demands, with movements generated from within and projected onto the fan base that follows them.

The Stars and Stripes have played five friendlies before these matches against the Mexican national team.
In the first match they drew one goal against Sweden. In the second match they managed to beat France by a score of 2-0.
They then faced Portugal, whom they beat by the narrowest of margins.
Jamaica and Nigeria were their opponents before facing El Tri and they beat them both 4-0 and 2-0, respectively.
In the last match the Mexicans were dealt the same dose as Nigeria.
3:39 PMa year ago

The Mexico Women's National Team has not been able to reflect favourable scores since its new process, however, its performance has left a good taste in the mouth.

All told, Mexico got off on the right foot on their return to the Estadio Azteca with a 3-1 win over Costa Rica, with their second match also a goalless draw against the Ticos.

The next opponent was Slovakia, in their first match on the agreed tour of Europe. In this match they also played to a goalless draw.

The third opponents the Mexicans faced were the Spanish national team. Spain's 3-0 win over Mexico exposed many of the Aztecs' shortcomings, most notably a very vulnerable defence.

On this latest tour, El Tri Femenil have already faced their first episode against the USA and lost 4 goals to nil.

With the arrival of Mónica Vergara as technical director of the tricolor, much has been said about the impulse that the FMF is seeking for the development of women's football, both in the local tournament and at national team level.

With the pursuit of these friendlies, Vergara wants to try out new players, and with the help of the veterans is in the process of developing and establishing his own style of play.

This will be the second duel between the teams in the mini-tour scheduled for this FIFA date.

The Mexican Football Federation has agreed on two warm-up games against the United States. The Stars and Stripes will be the fifth opponent the SNM has faced since the arrival of Monica Vergara to the Tricolor bench.

Costa Rica, Slovakia, Spain and Japan were the previous opponents.

The stadium is located in the state of Connecticut and is considered a multi-disciplinary stadium. It is home to several sports including football, lacrosse, soccer and rugby.

It is the home of the University of Connecticut Huskies.

Don't miss this attractive match and relive the historic rivalry between the two teams.

Diaz, Zelarayan lift Columbus in 3-2 win over NYCFC 8 hours ago