Thank you for following the Gold Cup qualifier between Haiti and Bermuda.
8:50 PM21 days ago

To the Gold Cup

Haiti secured its place in the group stage of the Gold Cup and will make its debut next Sunday against the United States.
8:49 PM21 days ago

Nazon's penalty kick puts it into the outside of the net to seal the win.

Wells with the definition inside the box after beating the goalkeeper and makes the discount.

Butterfield's shot from half distance is saved by the goalkeeper with no problem.
8:10 PM21 days ago

Lewis went one-on-one, but was unable to beat the goalkeeper who made the save.
8:04 PM21 days ago

Pierrot closes the pincer at the far post and sends the ball into the back of the net to seal the win before the 35th minute.

Pierrot takes advantage of a defensive error to send the ball into the back of the net to make it 2-0.

Pierrot beats the goalkeeper and sends the ball into the back of the net to open the scoring.

Pierrot's shot into the goalkeeper's hands.
7:02 PM21 days ago

Lewis breaks free on his own and fires the shot powerfully over the top of the goal for the first chance of the game.
7:00 PM21 days ago

The match between Haiti vs Bermuda begins.
6:56 PM21 days ago

The second game of the day will kick off shortly when Haiti takes on Bermuda for a berth in the Gold Cup.
6:48 PM21 days ago

None of them will go to the World Cup

It should be recalled that Haiti came within one step of reaching the final round and Bermuda was eliminated in the group stage. Both will have their revenge today.
6:36 PM21 days ago

They went to penalties

In the first game of the qualifying round, Trinidad and Tobago and French Guiana are defining the first pass through penalty kicks. The winner will face Mexico.
6:31 PM21 days ago

How did Bermuda arrive?

Bermuda didn't let its heart go down in the last game and defeated Barbados 8-1 to dream of qualifying for the Gold Cup, the top competition in the CONCACAF area.
6:16 PM21 days ago

How did Haiti arrive?

With a great show of forcefulness, Haiti had no trouble in defeating St. Vincent 6-1 to advance to the Gold Cup group stage.
6:11 PM21 days ago

Haiti and Bermuda define the second pass to the group stage of the Gold Cup. We begin our coverage.

Do not miss a detail of the match with the live updates and commentaries of VAVEL. Follow along with us all the details, commentaries, analysis and lineups for this Haiti vs Bermuda match.
6:01 PM21 days ago

What time is Haiti vs Bermuda match for Golden Cup Qualifiers?

This is the start time of the game Haiti vs Bermuda of 6th July in several countries:

In the last 10 years they have only met twice: the first time in Gold Cup play where Haiti beat Bermuda 2-1 in 2019; and the second time in 2012 in the Caribbean Cup with an identical score in favor of the Haitians.
5:51 PM21 days ago

Captain and scorer of the team, Nahki Wells contributed a hat-trick in the last win and will need to continue to be on fire if he wants to help Bermuda advance to the Gold Cup group stage. 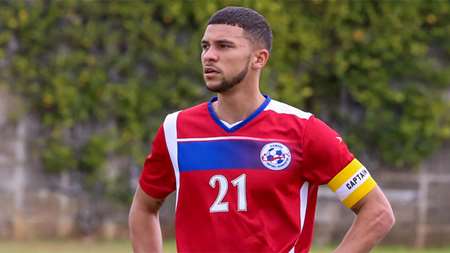 The man with the talent is Duckens Nazon, who came up big with a brace in the last game and will be the one to look out for if Haiti is to make a breakthrough in the match. 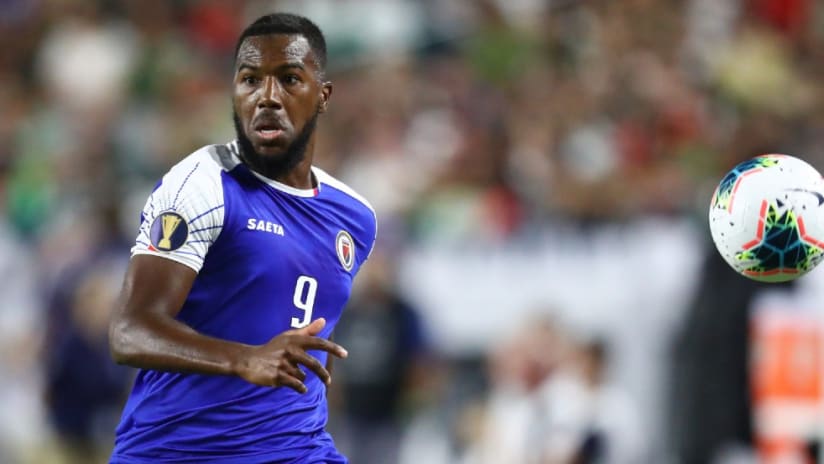 What will happen to the winner?

The winner will be placed in Group B to share it with Martinique, Canada and the United States, with the host country being their first opponent next Sunday.
5:26 PM21 days ago

Bermuda: dreaming of the Gold Cup

After destroying Barbados 8-1 last Friday, Bermuda is more than motivated to make a splash and return to the Gold Cup, but their mission will be to not be careless in the defensive zone and to keep attacking as they did in their last match.
5:21 PM21 days ago

Haiti: to reach the Gold Cup

The Haitian National Team had no major problems to beat St. Vincent and the Grenadines 6-1 and is the favorite for this game, so if they have no major problems, they should be in another edition of the Gold Cup.
5:16 PM21 days ago

The Haiti vs Bermuda match will be played at the Inter Miami Stadium, in Florida, United States. The kick-off is scheduled at 7pm ET.
5:11 PM21 days ago

Welcome to VAVEL.com’s LIVE coverage of the 2021 Golden Cup Qualifiers: Haiti vs Bermuda!