It's over!!! Great duel between Panama and Qatar that ends in a draw with many goals.
10:48 PMa year ago

What a save! Excellent sweep by Cummings to keep out Musaab's shot.
10:46 PMa year ago

Hassan took advantage of a clear path and shot at goal, but the ball went wide of the goal.
10:44 PMa year ago

A through ball to Muntari, but the latter fails to reach the ball and misses a clear chance to put Qatar in front.
10:41 PMa year ago

Double change from Qatar. Abdullah and Muntari are substituted by Alhaidos and Ali.
10:39 PMa year ago

Change of Panama. Yanis is substituted by José Rodríguez.
10:39 PMa year ago

Fajardo entered the area with danger, but when it was time to define, he did not give direction to the shot and sent it to the stands.
10:38 PMa year ago

Good defensive cutback preventing the Panamanians from shooting inside the area.
10:35 PMa year ago

Panama's goal! A shot by Davis at the arc Barsham's goal, but the goalkeeper can't reach it.
10:32 PMa year ago

Yes, the referee, after reviewing the video several times, indicates that the penalty will be awarded.
10:30 PMa year ago

VAR! The referee will review the play inside Qatar's box on the video referee.
10:30 PMa year ago

Penalty for Panama! Hassan brings down Ayarza inside the box.
10:27 PMa year ago

Goal by Qatar! Alhaydos sent the ball into the net from the penalty spot, the Qataris take the lead.
10:17 PMa year ago

Penalty! After a hard fall on Afif, the referee awards a penalty.
10:16 PMa year ago

Great coverage by Blackburn, who ends up sweeping to prevent the play from escalating
10:16 PMa year ago

Panama's goal! Excellent cross by Bárcenas for Blackburn, who gets to push the ball in and scores a brace for the Panamanians.
10:11 PMa year ago

Alli's cross looking for Afif, but the keeper keeps the ball out of trouble.
10:08 PMa year ago

Goal by Qatar! A through ball to Almoez Ali, who does not hesitate to send a shot into the Panamanian goal.
10:06 PMa year ago

Goal by Qatar! After Mejia's rebound, Afif appears inside the box and volleys the ball into the back of the net.
10:00 PMa year ago

The second half gets underway in Texas.
9:44 PMa year ago

It's over! The first half comes to an end, quite lively between both teams, but with no goals.
9:40 PMa year ago

Blackburn's cross, but Barsham keeps the ball.
9:38 PMa year ago

A back-and-forth encounter at BBVA Compass Stadium, both teams are looking for goals, but the goalkeepers have been key.
9:32 PMa year ago

Ali wants his goal! After a pass from Afif, Ali controls inside the box and shoots, but Mejia again plays the hero and saves the goal after a save.
9:28 PMa year ago

What a goalkeeper duel! A great save by Mejía, after Ali's dangerous run, who ends up avoiding the first goal.
9:25 PMa year ago

Good intervention by Hisham, who prevents the Panamanians from growing in their play.
9:22 PMa year ago

Goalkeeper! What a rebound from Barsham, who, after Rodriguez's shot from outside the area, dives and saves the first.
9:17 PMa year ago

What a defensive error by the Qatari defense, which almost resulted in a goal against.
9:15 PMa year ago

Goalkeeper! Excellent save by Barsham, preventing the Panamanian offense from shooting at his goal.
9:14 PMa year ago

A good through ball from Panama, but Ahmed intervenes correctly and gives the ball to his goalkeeper.
9:11 PMa year ago

Carrasquilla lost the ball and Hassan took advantage to shoot at Mejía's goal, but the goalkeeper kept the ball.
9:09 PMa year ago

Bárcenas' shot ends up in the hands of the Qatari goalkeeper.
8:59 PMa year ago

Panama came dangerously close, but Ahmed followed the play attentively and ended up keeping the ball out.
8:57 PMa year ago

The meeting kicks off in Houston, Texas
8:52 PMa year ago

The game will be play

Still postponed. The wait for the match between Qatar and Panama will be postponed for another half hour. It is scheduled to kick off at 19:30 hrs.
8:42 PMa year ago

In the first edition that Panama participated, in 1993, Jesús Julio entered the history of the National Team after scoring the first goal of the Panamanian national team. The goal was scored in the team's 5-1 defeat against Honduras.
8:37 PMa year ago

In the 2015 edition, after losing to Mexico, Panama took third place from the penalty spot. The Canaleros took the bronze, after beating the United States, where goalkeeper Luis Mejía was the star player.
8:32 PMa year ago

The official Gold Cup twitter, reports that weather conditions are still not favorable and that the delay will be extended for another half hour.
8:27 PMa year ago

An important moment for Panama was the rain of goals they scored in the 2013 Gold Cup; where, after sealing their pass to the quarterfinals, they ended up beating Cuba 6-1 in a match played in Atlanta. Gabriel Torres and Blas Pérez scored two braces, while Jairo Jiménez and Carlos Rodríguez scored the last two of the two goals.
8:22 PMa year ago

Christiansen's team has now qualified for nine consecutive quarterfinals, a streak that began in 2005 and continued in the 2019 edition.
8:17 PMa year ago

The match between Qatar and Panama will be delayed for half an hour due to a thunderstorm. Authorities asked everyone to take shelter indoors at the venue.
8:07 PMa year ago

In the 2007 edition, José Luis Garcés appeared 7 minutes before the end of the match to score a great goal and seal the victory over Honduras. The score in that match was 3-2, with Panama making its debut in the tournament and winning the match.
7:52 PMa year ago

With this jersey, the Panamanians will make their Gold Cup debut against Qatar. Christiansen's team will be ready to give their all for this match. 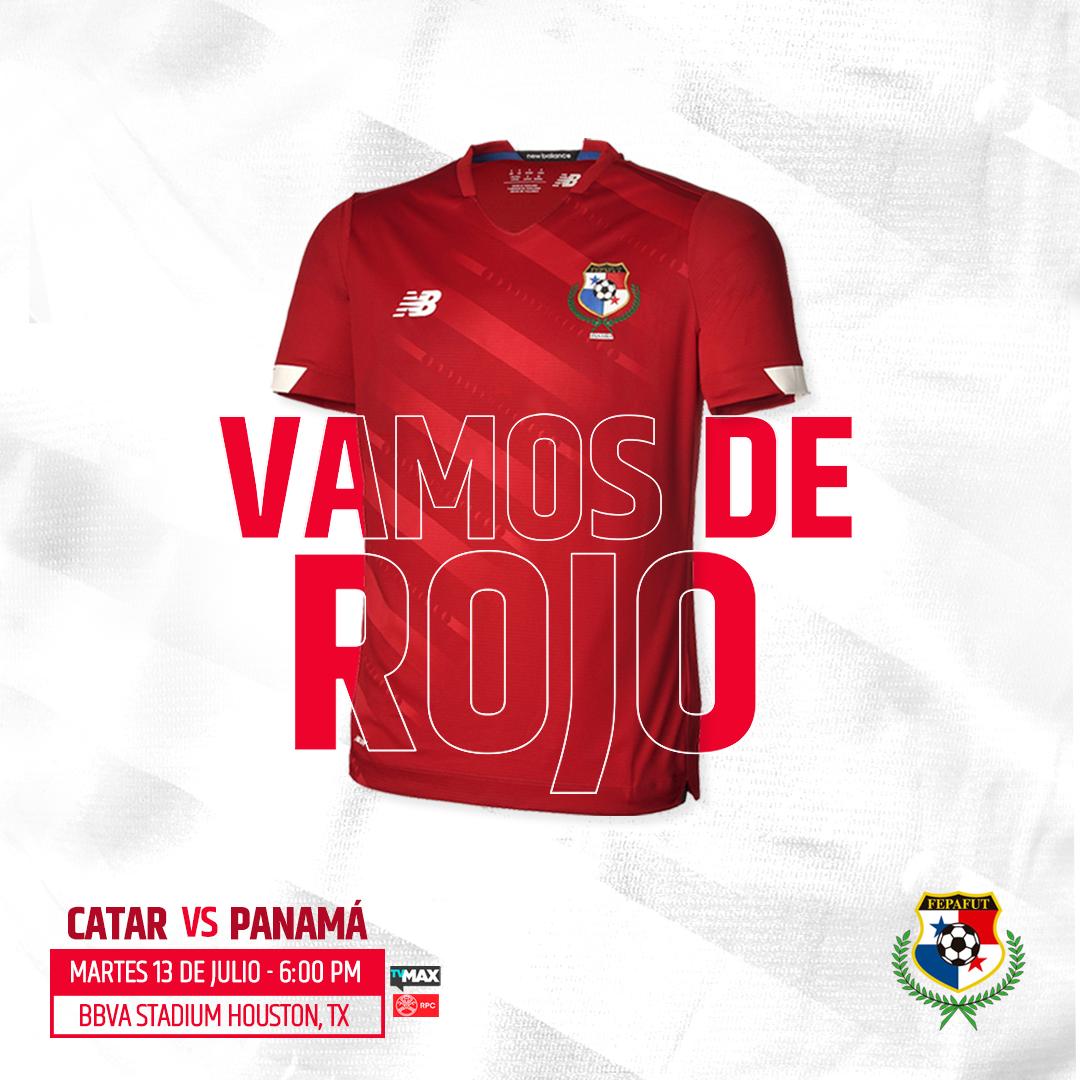 They go all out!

Qatar will be looking to put on a good show in this match, being the next host for the World Cup, the Qataris want to start their Gold Cup journey with a win. 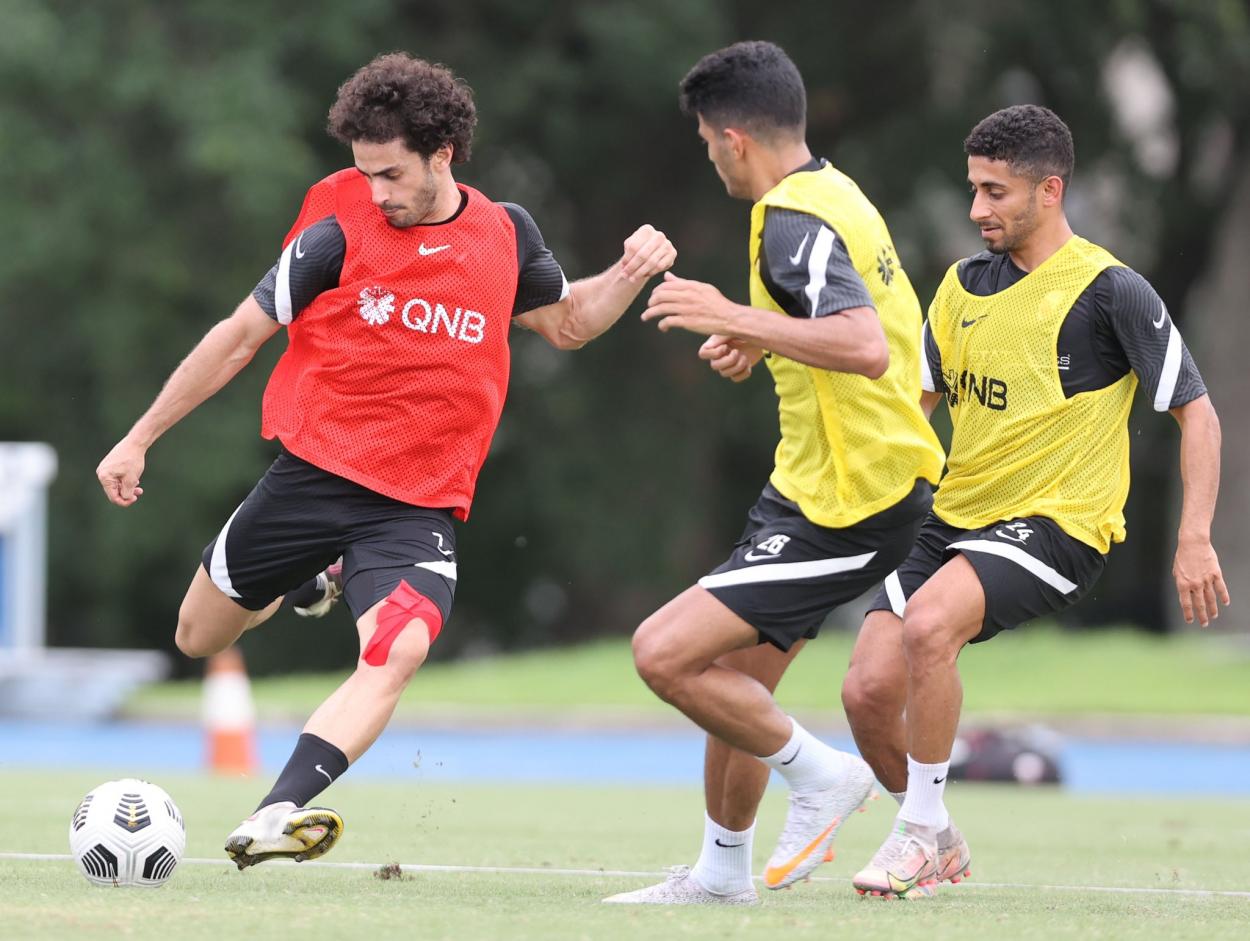 In a few moments we will share with you the starting lineups Qatar vs Panama live, as well as the latest information from the BBVA Compass Stadium. Do not miss a detail of the match live updates and commentaries of VAVEL.
7:37 PMa year ago

How to watch Qatar vs Panama Live Stream on TV and Online?

If you want to watch the game Qatar vs Panama live on TV, your options is: TUDN.

Schedule of the match

Prior to this match, Thomas Christiansen spoke about his opponent: "Qatar has a very long process, with a Spanish coach who is working from the youth teams until now with the senior team where they won the Asia Cup, and they are going to be complicated".
7:22 PMa year ago

Looking for a win

Both teams are looking to give a good performance in this Gold Cup, as they know they must put on a good show and it would be a great help to win in this match, as it would bring them closer to the next stage of this tournament.
7:17 PMa year ago

On the other hand, Panama has always shown itself to be one of the strongest teams in this zone, which is why in this match they will be looking to win, a situation they know will not be easy due to the fact that the group they have been drawn in is a very complicated one.

The last duel they had was a month ago when they achieved their pass to the Octagonal round for the 2022 World Cup, against Curacao a month ago; beating them in the aggregate score two goals to one, which was achieved in the second round. 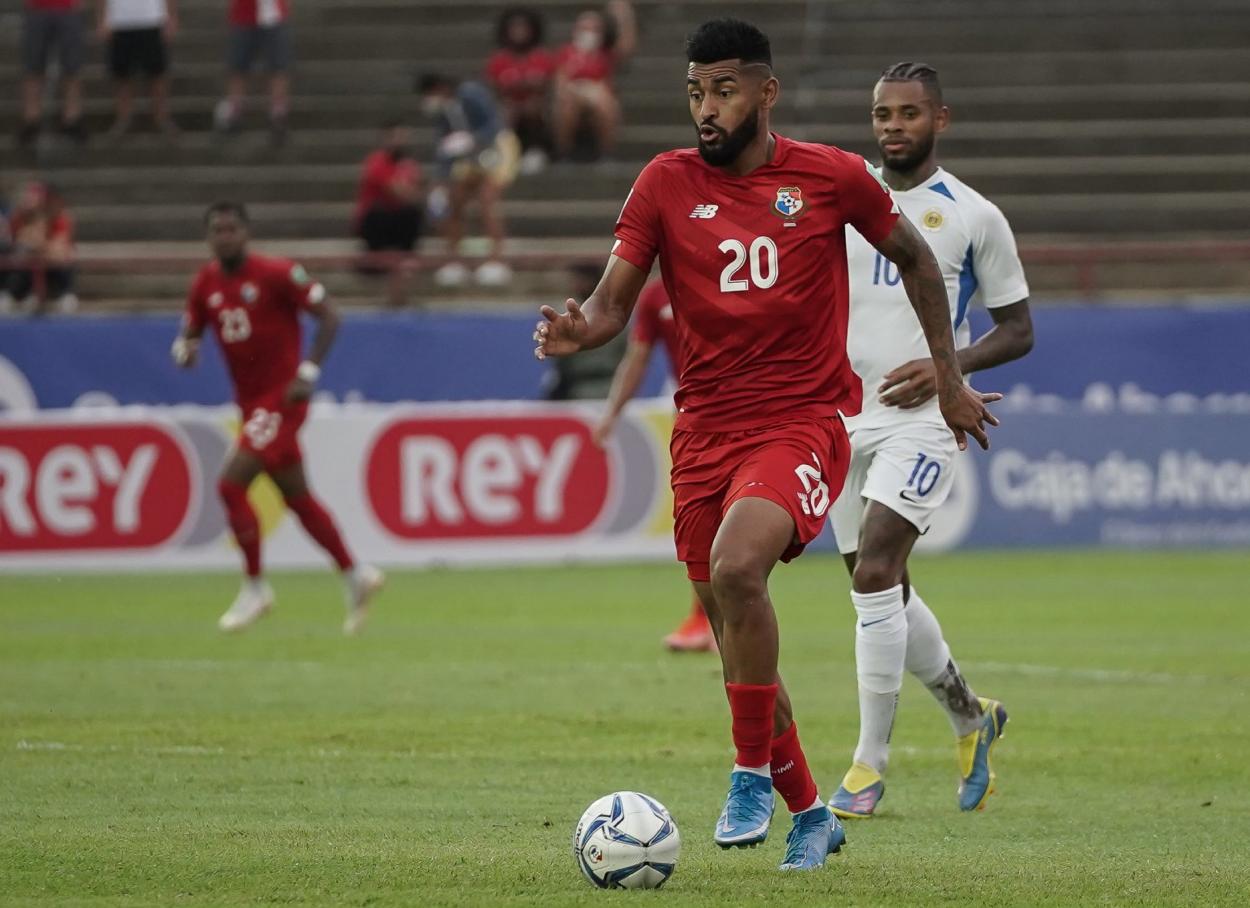 The guest of honor

Qatar, as the host of the upcoming World Cup, is the guest of honor for this tournament, since it is where the next World Cup will be hosted, and it seeks to participate in as many tournaments as possible, and in all the ones it has played, it has shown a high level.

The Qatari team is coming after defeating El Salvador in a friendly match by the minimum score last Sunday. The Qataris played with 10 men from the twentieth minute of the match. Almoez Ali scored the only goal that gave Qatar the victory. 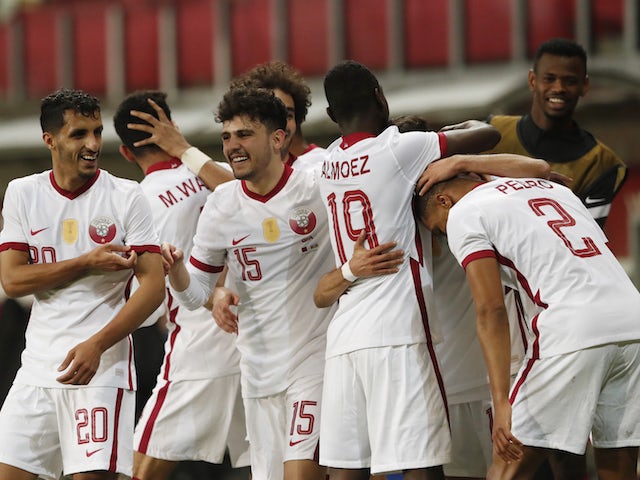 This match will take place at BBVA Compass Stadium, located in Houston, Texas. The match will be the first in this 2021 Gold Cup for these teams, which will open the matchday for Group D of the 2021 edition.
7:02 PMa year ago
My name is Lore Solórzano and I’ll be your host for this game. We will provide you with pre-game analysis, score updates, and news as it happens live here on VAVEL. Please stay tuned, and continue with us to know the most important information of the Gold Cup.