Thank you for following the webcast of the game between Honduras and Grenada, corresponding to the first day of the group stage of the 2021 Gold Cup.
1:14 AMa year ago

Getting off on the right foot

Although they struggled during the first half hour, Honduras ended up scoring and took the lead in the group by beating Grenada in the Gold Cup.
1:13 AMa year ago

Quioto with the breakaway and defines low before the goalkeeper's exit to seal the goal.

Leverón arrives inside the box and puts a first-time shot into the back of the net to make it 3-0.

A delayed diagonal shot by the Granada striker right to Lopez's position.
12:58 AMa year ago

Charles Cook with the hook and shot that looked for the far post, but the ball missed the far post and went just wide.
12:44 AMa year ago

Norburn's free kick goes over the top of the goal.
12:42 AMa year ago

Pierre was replaced by Alexander McQueen for Grenada.
12:30 AMa year ago

Solano alone in a one-on-one situation, scored past the goalkeeper to make it 2-0.

Granada's free kick cross is cleared by the Honduras defense by Martinez.
12:24 AMa year ago

Two more minutes are added to the game.
12:02 AMa year ago

A Honduran defender was left lying in his area and medical assistance entered the field.
11:55 PMa year ago

Figueroa is encouraged with a shot from outside the area where there is a defensive deflection and the ball ends up in the corner kick.
11:48 PMa year ago

A mistake by the goalkeeper who tries to make the cut and Bengtson takes advantage to send the ball into the back of the net.

Solano is up at the far post but his header goes wide.
11:45 PMa year ago

Dangerous shot that the Honduran defense, through Rodríguez, denied on the line when it seemed that the first goal of the game would come.
11:44 PMa year ago

Dangerous service that the Catracho defense has to reject and gives away a corner kick.
11:33 PMa year ago

Now it was Solano's turn, but his attempt had no arc direction.
11:33 PMa year ago

Another attempt by Charles from outside the area and despite the defensive cover, the ball goes wide.
11:28 PMa year ago

Alex Lopez's shot from outside the area goes over the goal.
11:27 PMa year ago

Bengston was stinging into the box, but the goalkeeper came out and had already been flagged offside.
11:25 PMa year ago

Granada's cross to the near post is saved by goalkeeper Luis López without bouncing.
11:22 PMa year ago

Shot by Charles, Granada, from half distance, that goes wide.
11:20 PMa year ago

Honduras vs. Grenada match kicks off.
11:13 PMa year ago

Honduras and Grenada take the field at this moment, where their respective national anthems are being sung.
11:11 PMa year ago

We are minutes away from the start of the last game of the first round of the 2021 Gold Cup group stage, when Honduras takes on Grenada.
11:01 PMa year ago

This is the lineup with which Honduras will take the field.

The coach of Honduras expressed his feelings about the start of his team's participation in the Gold Cup.

In the previous game before this, Qatar and Panama set the bar high and drew 3-3 in a second-half goal-fest.
10:50 PMa year ago

This was Grenada's arrival at the BBVA, highlighting that although they seem to be the weakest country in the group, they will try to cause a surprise tonight.

Fernando Guerrero, from Mexico, will be the referee in charge of this match between Honduras and Grenada.
10:40 PMa year ago

Honduras has been on a downward trend in recent months and proof of this was the CONCACAF Nations League where they lost to the United States and Costa Rica, as well as to Mexico in a friendly match, so this tournament could serve as a chance for them to recover.
10:25 PMa year ago

The game was delayed

Due to the thunderstorm that hit the city of Houston, the game between Qatar and Panama had to be delayed for almost two hours until the weather permitted, which is why this game was also moved from 8:00 to 10:00 p.m. Central Time in the United States and Mexico.
10:20 PMa year ago

This match brings the first of the 16 Gold Cup teams to a close as sector favorites Honduras take on surprise package Grenada. We begin our coverage.
10:15 PMa year ago

Do not miss a detail of the match with the live updates and commentaries of VAVEL. Follow along with us all the details, commentaries, analysis and lineups for this Honduras vs Grenada match.
10:10 PMa year ago

What time is Honduras vs Grenada match for Gold Cup?

This is the start time of the game Honduras vs Grenada of 13th July in several countries:

They have met twice in the Gold Cup in the last 11 years with a favorable result for the Hondurans in the group stage; in the first instance they met in the 2009 edition with a 4-0 blue goal and, two years later, Honduras gave a lesson of good soccer and forcefulness by scoring a 7-0 goal.
10:00 PMa year ago

If there is someone who knows how to play against the Catrachos, it is Saydrel Lewis, who plays for Real Juventud of Honduras and could be Granada's weapon to try to get a good result in their debut. 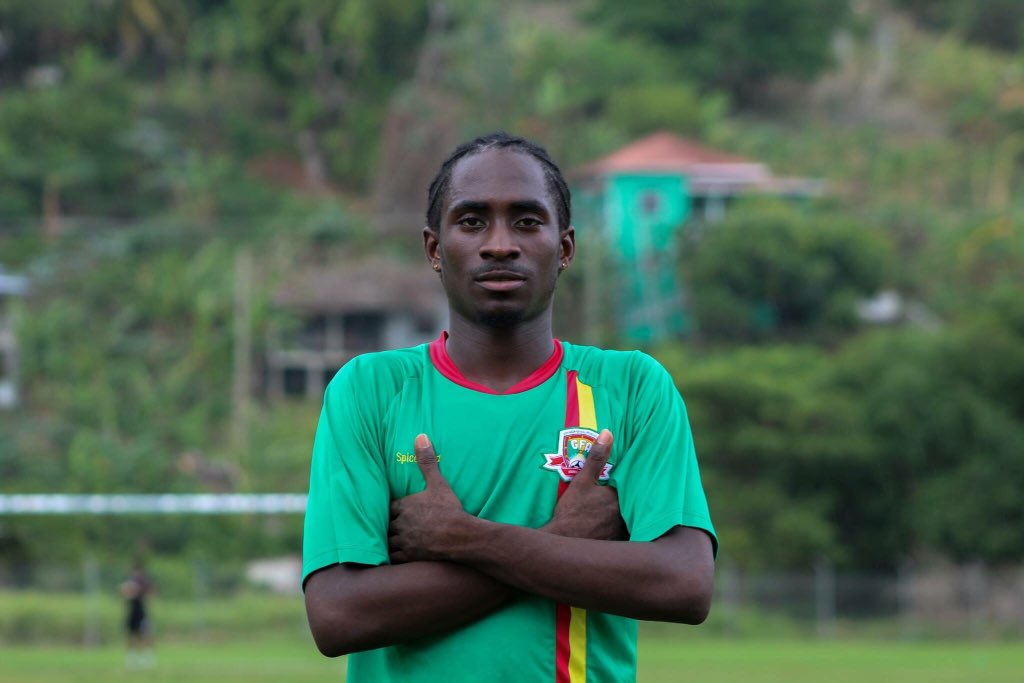 The man of experience in the defense is Maynor Figueroa, who will be looking to play his last edition in the quest for a trophy to end an illustrious career with the Catracho national team; his contribution on and off the field could be of vital importance in key moments, especially in the final instances. 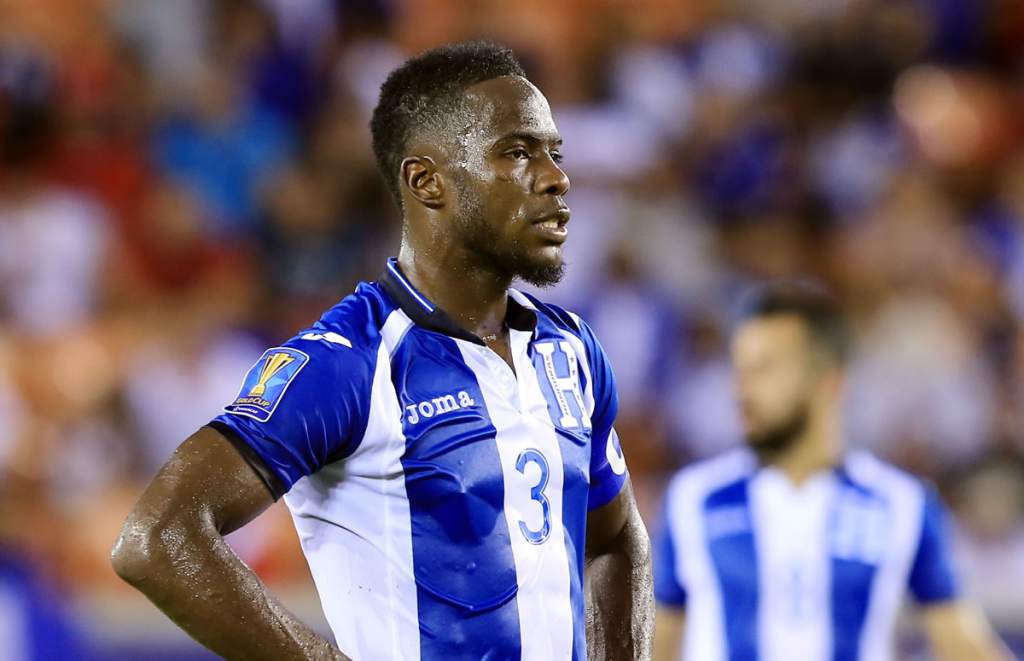 Granada: everything to gain

Due to their good performance in the CONCACAF Nations League, they not only managed to avoid the re-qualification phase, but also qualified directly to this stage, where they will look to make history and reach the quarterfinals of the Gold Cup for the first time.
9:35 PMa year ago

Honduras: they are favorites

The Honduran National Team is one of the four favorites to reach the Gold Cup and starts as favorite to win this match and the group; however, the last editions and the level shown by the senior team has left some doubts, so this tournament could serve as a vindication to gain confidence.
9:30 PMa year ago

The last teams to make their presentation in the group stage will meet face to face when Honduras faces Grenada, remembering that previously Qatar and Panama will have faced each other.
9:25 PMa year ago

The Honduras vs Grenada match will be played at the BBVA Compass Stadium, in Houston, United States. The kick-off is scheduled at 9pm ET.
9:20 PMa year ago

Welcome to VAVEL.com’s LIVE coverage of the 2021 Gold Cup: Honduras vs Grenada!