It's over! Mexico beats Guatemala and climbs to second place.
12:23 AM14 days ago

Change and debut for the Mexicans. Erick Sánchez enters and Héctor Herrera leaves the match.
12:22 AM14 days ago

Changes in Mexico. Funes Mori, Corona and Néstor Araujo are replaced by Alan Pulido, Efraín Álvarez and Sepúlveda.
12:16 AM14 days ago

Goal, Mexico goal! After a great cross from 'Chaka', Orbelín appears inside the box, gets up and heads home the third.
12:13 AM14 days ago

Close! A series of attempts by the Mexicans, led by Funes Mori and Herrera, but they fail to define correctly and miss a clear opportunity for the third goal.
12:07 AM14 days ago

Héctor Herrera's shot, but Hagen, safe at the back, ends up keeping the ball.
11:59 PM14 days ago

Double change from Guatemala. Marco Domínguez and José Morales are substituted by Kervin García and Alejandro Galindo.
11:52 PM14 days ago

Goal, goal, goal for Mexico! What a great play by Orbelín, who gets past the defender, serves Funes Mori, and the striker scores superbly for his second and his brace.
11:47 PM14 days ago

Close! Funes Mori lifts the ball to score the second, but Hagen ends up clearing the ball.
11:44 PM14 days ago

No way! Great play by Funes Mori, who serves the ball, the offense turns the ball and Orbelin fails to define in a great way and misses a very clear opportunity.
11:42 PM14 days ago

The second half kicks off at the Cotton Bowl, Mexico will be looking for more goals
11:25 PM14 days ago

It's over! First half ends, Mexico wins by the narrowest of margins
11:19 PM14 days ago

Funes Mori received the ball inside the area, but when it was time to shoot, he failed to control it and the shot went wide.
11:13 PM14 days ago

The one Alvarez missed! A pass from Orbelín to Édson Álvarez, the latter took a shot from outside the area, but the ball went wide.
11:07 PM14 days ago

Goal, goal, goal for Mexico! Funes Mori chested the ball down, controlled the ball, and scored the first of the night at the far post.
11:04 PM14 days ago

What a move! Funes Mori chested the ball down for Erick Gutiérrez, but the latter failed to finish powerfully and Hagen kept the ball.
11:01 PM14 days ago

Rodriguez makes a good pass to Talavera and prevents Guatemala from reaching dangerously
10:58 PM14 days ago

Excellent coverage by Álvarez, who ends up stealing the ball from Lom as he was about to shoot.
10:51 PM14 days ago

Good save by Aparicio, preventing the Mexican attacking midfielder from creating danger.
10:45 PM14 days ago

Gutiérrez's cross that Galindo ends up saving on the line.
10:43 PM14 days ago

Cross from Guatemala was well saved by Carlos Salcedo.
10:42 PM14 days ago

Funes Mori fails to take advantage of Funes Mori's tunnel, but the Guatemalan defense ends up keeping the ball.
10:38 PM14 days ago

The players take the field, ready to sing the national anthems.
10:14 PM14 days ago

There is a thunderstorm in Dallas and the match will be postponed momentarily, players, coaching staff and fans have taken shelter.
9:20 PM14 days ago

Mexico is already present at the Cotton Bowl and will be looking for its first victory to give its fans some joy.
8:35 PM14 days ago

This is the jersey that the Mexican national team will wear for its second Gold Cup match.
8:05 PM14 days ago

There is already a replacement!

Everything indicates that Orbelin Pineda will be the player who will take the place left by Hirving Lozano after his injury. 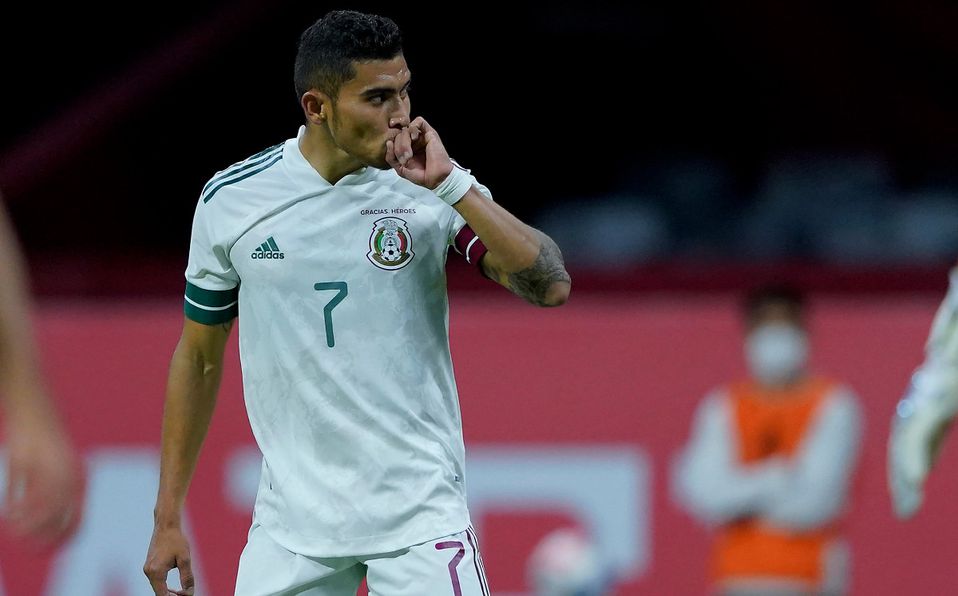 Prior to this match, Jesús Corona spoke about the situation with Lozano: "We were all very moved by his physical condition, how things happened. We have been in contact with him and the group supports him; he is aware that he is a very important loss for us, but the most important thing is that he is well, that he is with his family, that he recovers as soon as possible and that he is back with us as soon as possible. We are going to do it for Hirving, for us and for all Mexicans".
4:26 AM15 days ago

Please don't leave. In a few minutes we will provide you al the information, including the lineups of the teams, and we will be updating you with the best information. Do not miss a detail of the match Mexico vs Guatemala live updates and commentaries of VAVEL.
4:21 AM15 days ago

How to watch Mexico vs Guatemala Live Stream on TV and Online?

If you want to watch the game Mexico vs Guatemala live on TV, your options is: TUDN.

Rafael Loredo, coach of Guatemala, also spoke about the team's situation: "El Salvador was a constant team during the 90 minutes of the game and I think we could not keep up the pace, however, I think the boys gave everything they had to give on the field. We have to move forward, raise our heads and go for the next game".
4:11 AM15 days ago

Gerardo Martino spoke prior to the match against Guatemala, a game that the Mexicans will be looking to win in order to stay alive in the tournament.

"We don't really have more options, because what one does in a scenario of choosing 23 players is to have two or three options for the same place, our natural option is Alan Pulido, who still has one more game to go, he will be available for the match against El Salvador, our third option was Hirving Lozano and we will have to improvise in a different way, but a natural replacement in that place, we have been left with none".

He also spoke about the problems caused by the shouting that has occurred during matches: "We are all concerned, we are permanently worried and busy, especially the FMF in finding an answer to this situation, there are permanent messages from the players, the coaching staff, journalists and FMF campaigns to try to solve this issue. The solution is on the side of the people, we will surely insist on the request so that this does not happen again, but in short, the ball is now in one place".

The organization spoke out after the events that took place on July 10 during the match between Trinidad and Tobago and Mexico. It said it was disappointed by the discriminatory language used by some fans during the match. She also spoke about the publications that were published in different media.

'Regarding the recent publications related to the upcoming match between Mexico and Guatemala, we would like to clarify that this match will take place as scheduled, with fans in attendance. CONCACAF will continue to implement its anti-discrimination campaign Lo Que Está Mal, Está Mal, and if necessary, will activate its protocols which include expelling fans who engage in discriminatory behavior and suspending the match.'

The Mexican National Team will be without Hirving Lozano for the rest of the tournament. The striker was out of the training camp after the reconstruction of his eyebrow following a hard blow he suffered during the first match of the tournament.

Another player who will not be able to see action against Guatemala is Alan Pulido, a forward who came back from an injury he sustained with his current team and has yet to fully recover. 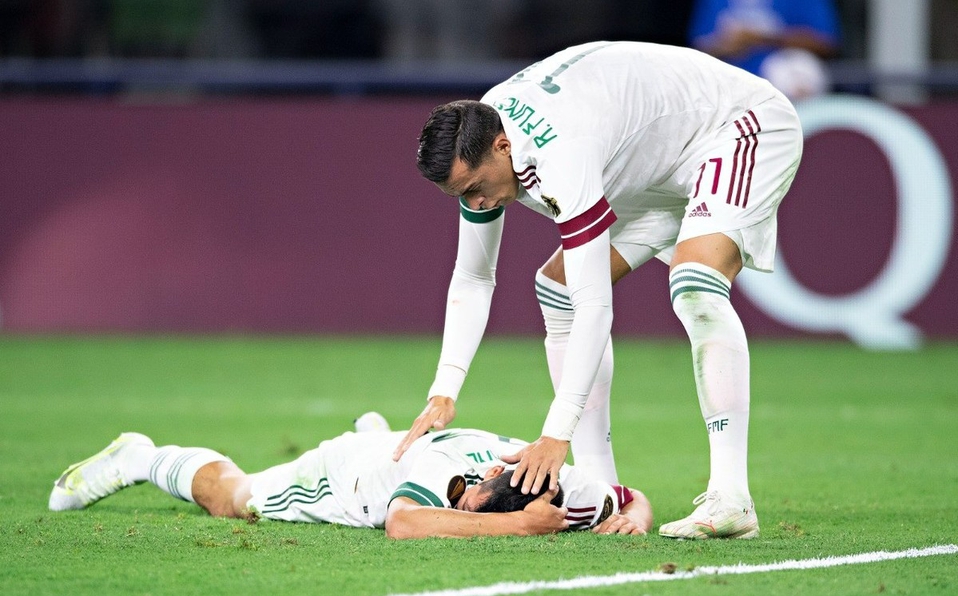 This will be the eighth time Mexico and Guatemala have met in the Gold Cup, where the Tricolor have five wins and two draws. It was at the University of Phoenix Stadium on July 12, 2015, the last time the match ended goalless.
3:51 AM15 days ago

A Gold Cup match had not been played at this venue since the 1993 edition. In addition, only 7 matches have been played, in which 18 goals were scored; 6 of these goals were in Honduras vs Jamaica, where the score was 5-1.
3:46 AM15 days ago

Guatemala was the emerging guest due to Curaçao's withdrawal from the current tournament due to contagion. The Guatemalans lost in the first day's match against El Salvador, two goals to zero, a situation they will be looking to reverse for this game. 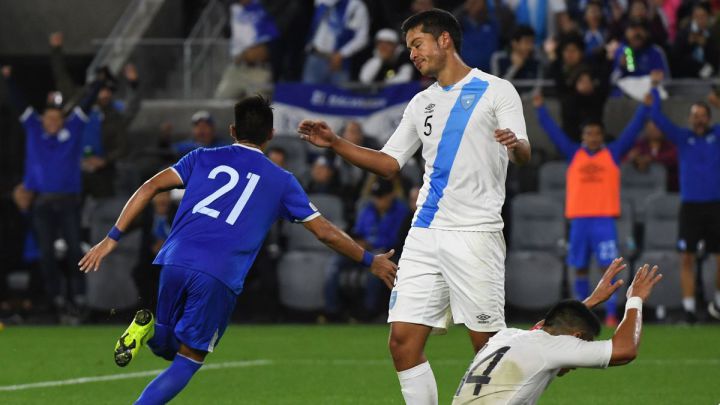 Winning is a most

Mexico arrives to this match after showing a low level compared to how they had been playing in previous matches of the tournament, 'Tecate' Corona, Funes Mori and company will be looking to remedy the bad start they had in this tournament.
3:36 AM15 days ago

This match will take place at the Cotton Bowl, a venue located in Dallas, Texas. This venue has a capacity of 92,100 spectators, who will be looking to support their National Team in this first stage.
3:31 AM15 days ago