Thank you for following the rebroadcast of the match between Suriname and Costa Rica, for the second day of the group stage of the 2020 Gold Cup. See you next time.
10:56 PMa year ago

Although they struggled, Costa Rica pulled out an agonizing victory over Suriname to retake the group lead and qualify for the quarterfinals of the Gold Cup.
10:55 PMa year ago

Venegas goes out and Ortiz comes in for Costa Rica.
10:52 PMa year ago

Cornellius's left-footed shot is touched by the goalkeeper and the ball goes over the crossbar.
10:49 PMa year ago

Waston came on and Campbell left, although the move was made incorrectly and the Costa Rican player who came on was cautioned.
10:45 PMa year ago

The referee goes to the VAR and sends off Calvo for a blow to the attacker's face, but there is no penalty because the ball was not in motion.
10:41 PMa year ago

Borges' cross shot is saved with his head to prevent the equalizer tonight.
10:36 PMa year ago

Campbell's left-footed shot goes over the top of the goal.
10:34 PMa year ago

Borges with the cross shot when it looked like the third and the ball goes wide.
10:32 PMa year ago

Guzman now commits the foul and is cautioned. Costa Rica has dropped back to defend the goal.
10:31 PMa year ago

Biseswar's header goes wide when the cross came from a direct free kick.
10:25 PMa year ago

Calvo brings down his opponent on the edge of the area and receives a yellow card.
10:23 PMa year ago

Becker finishes off the delayed diagonal, but does not do it well and the ball goes wide.
10:18 PMa year ago

The goalkeeper's shot is blocked by Borges, but the rebound sends the ball into the back of the net and the Ticos take the lead for the first time in the night.

Campbell with a header inside the box to level the score in Kansas City.

Vlijter's left-footed half-volley into the back of the net and Suriname are springing a surprise.

Will Costa Rica be able to impose conditions? 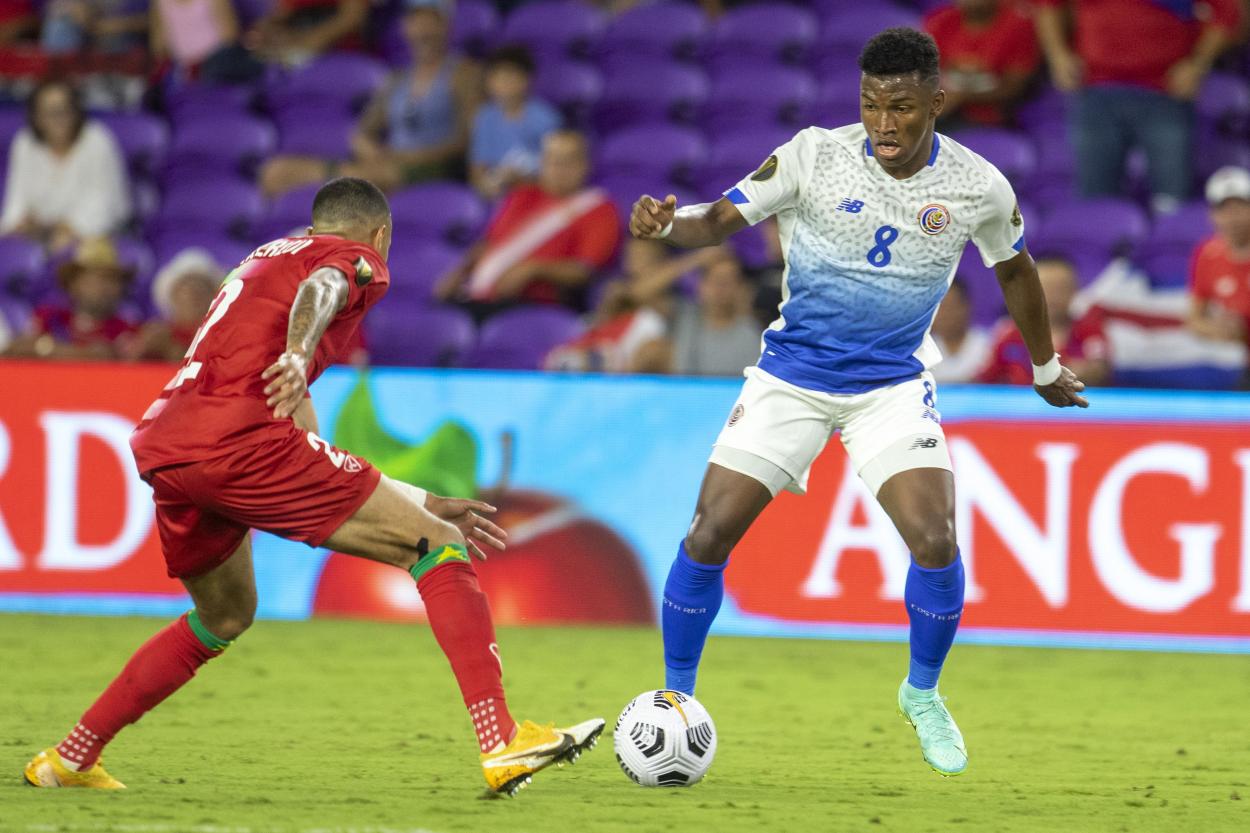 Rodriguez and Brenes came out.

The second half begins.
9:48 PMa year ago

Jozefsoon took the free kick low and just wide of the goalkeeper's post, and the ball went inches past the goal.
9:43 PMa year ago

Goalkeeper Alvarado's handball on the edge of the area and the referee awarded a foul and a direct free kick in favor of Suriname.
9:40 PMa year ago

Good play by Suriname and goalkeeper Alvarado prevents the scoreboard from opening in this game.
9:35 PMa year ago

Rodriguez's cross shot, but without much force, is saved by the Suriname defense before the ball crosses the goal.
9:32 PMa year ago

Ryan Donk brings down Campbell and is shown the yellow card.
9:26 PMa year ago

Joel Campbell's delayed diagonal shot is cut off by the Costa Rican defense.
9:19 PMa year ago

Calvo's shot from half distance goes over the top of the goal, very close to the angle.
9:15 PMa year ago

Diaz's cutback and shot goes over the top of the goal.
9:12 PMa year ago

Becker with a mid-range shot that was blocked by the Costa Rican defense inside the box.
9:10 PMa year ago

Fuller with the service from the right flank that comes out very out of shape.
9:06 PMa year ago

Diaz with the service to the near post that the goalkeeper controls without giving rebounds.
9:03 PMa year ago

Brenes is knocked down in midfield and the referee awards a foul.
9:00 PMa year ago

Match kicks off in Kansas City between Suriname and Costa Rica.
8:55 PMa year ago

The teams take the field and the national anthems of both Suriname and Costa Rica are sung.
8:51 PMa year ago

Fernando Hernandez, from Mexico, will be in charge of whistling the game between Costa Rica and Suriname.
8:46 PMa year ago

This is how Costa Rica arrived

Costa Rica, along with Mexico and the United States, is one of the favorites to win the Gold Cup title. This is how the Ticos arrived.

Jamaica found their reward just before the hour mark with a 2-1 victory over Guadeloupe to qualify for the next round of the Gold Cup.
8:36 PMa year ago

Since the field is being occupied right now, the players have done some exercises in the dressing room and in a few minutes they will take the field to begin their warm-up process.
8:11 PMa year ago

How is the other game going?

At the end of the first match of the Group, Jamaica has not been able to beat Guadeloupe and up to the 85th minute they are tied 1-1.
8:06 PMa year ago

Costa Rica looks to secure its place in the next round when it takes on a Suriname side that left many doubts in its first Gold Cup match. We begin with the coverage.
8:01 PMa year ago

Do not miss a detail of the match with the live updates and commentaries of VAVEL. Follow along with us all the details, commentaries, analysis and lineups for this Suriname vs Costa Rica match.
7:56 PMa year ago

What time is Suriname vs Costa Rica match for Gold Cup?

This is the start time of the game Suriname vs Costa Rica of 16th July in several countries:

Thirteen years ago they met in their last official match and on that occasion it was during the qualifiers for the 2010 World Cup in South Africa. The Ticos were victorious in both matches, winning 7-0 at home and 4-1 as visitors.
7:46 PMa year ago

The new player of the Rayados de Monterrey, Joel Campbell, is one of the most unbalancing players not only for the Ticos, but of the entire Gold Cup; he has the ability to overflow through the flanks with his speed and is constantly in the area, proof of this was the goal he scored against Guadeloupe in the debut. 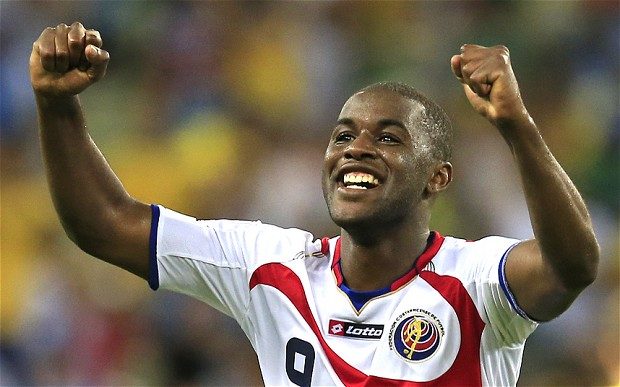 Despite the fact that Suriname has a modest national team, Sheraldo Becker is one of the most outstanding players there is, as he has the ability to hold and generate danger from his feet. He plays in the Bundesliga with Union Berlin. 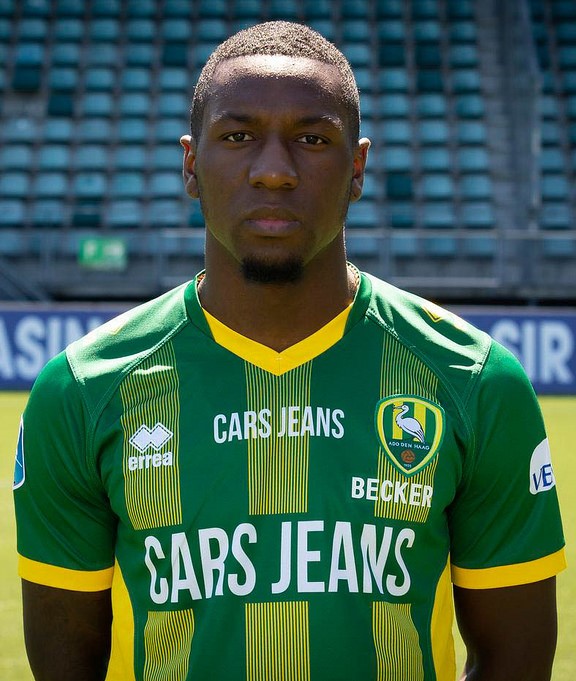 Although they won their first game 3-1 against Guadeloupe, they left some doubts both collectively and individually, especially in the defensive sector where they suffered the few times they arrived and also on the offensive side, where they struggled to generate danger, but the ones they had were reflected on the scoreboard.
7:21 PMa year ago

Suriname: not to say goodbye

Despite a difficult start, where they lost 2-0 to Jamaica, Suriname will have to adjust in the defensive sector if they want to compete in this game and, as a result, look for counterattacks to be able to generate damage to the opponent's goal.
7:16 PMa year ago

How is Group C shaping up?

At the end of the first matchday in Group C, Costa Rica took the lead in the sector with three points and a better goal difference than Jamaica. Both teams won their opening matches with victories over Guadeloupe and Suriname, respectively.
7:11 PMa year ago

The Suriname vs Costa Rica match will be played at the Orlando City Stadium, in Orlando, United States. The kick-off is scheduled at 9pm ET.
7:06 PMa year ago

Welcome to VAVEL.com’s LIVE coverage of the 2021 Gold Cup: Suriname vs Costa Rica!