Thank you for following the rebroadcast of the game between Atlanta and New England, opening day 13 of the MLS season. See you next time.
7:00 PMa year ago

Still in the lead

New England remains at the top of the conference and Atlanta extends its winless streak to eight games, despite the starting lineup of Mexican Erick Torres.
6:59 PMa year ago

Bou leaves and Bunbury enters, instead of New England.
6:46 PMa year ago

Sejdic's shot into the hands of the New England goalkeeper, who does not rebound.
6:40 PMa year ago

Corway is painted yellow and Atlanta will have a direct free kick.
6:37 PMa year ago

Now it is Erik López who is left lying on the field after a collision with the defender.
6:32 PMa year ago

Conway enters and Torres leaves, in exchange for Atlanta United.
6:22 PMa year ago

Buksa's shot from inside the area goes wide, although it will be a corner kick.
6:10 PMa year ago

The second half begins between Atlanta and New England.
5:55 PMa year ago

Lenon's shot goes too wide and the ball goes wide.
5:44 PMa year ago

Buksa with a shot that the goalkeeper manages to close his legs to prevent the second.
5:40 PMa year ago

Chol missed the far post with a stinging header that went over the top of the goal.
5:36 PMa year ago

A collision between Bou and the goalkeeper when the ball was delayed, but it all ended in a goal kick for Atlanta.
5:33 PMa year ago

Carlos Gil's shot from outside the area hits the crossbar.
5:30 PMa year ago

Buksa with a shot that the goalkeeper manages to save with one hand to prevent the second goal.
5:30 PMa year ago

Pucksa's shot from half distance goes over the goal.
5:29 PMa year ago

Goal disallowed for Atlanta because Chol was offside, although the play is being reviewed by VAR.
5:27 PMa year ago

Bou receives the ball inside the box and shoots in front of the goalkeeper to open the score 1-0.

Marcelino Moreno's shot from half distance is saved by the goalkeeper and sent to a corner. Atlanta came close to opening the scoring.
5:21 PMa year ago

Powerful shot by Torres directly to the goalkeeper's position.
5:17 PMa year ago

Buksa's header goes wide of the goal.
5:16 PMa year ago

A cross to the near post is turned away by the Atlanta defense for a corner kick.
5:14 PMa year ago

Sejdic with a broken serve that ends up on the end line to make it a goal kick.
5:08 PMa year ago

Kickoff between Atlanta and New England.
5:01 PMa year ago

The 13th MLS matchday of the season will kick off shortly when Atlanta United takes on the top-ranked New England Revolution.
4:54 PMa year ago

Atlanta, and the smaller fans, are already at the stadium to support Atlanta in their quest to get back to winning ways.

Wearing red and white jerseys, New England is already on the field doing some warm-up exercises prior to kickoff.

This is the jersey that Atlanta will wear this afternoon. Simply spectacular. 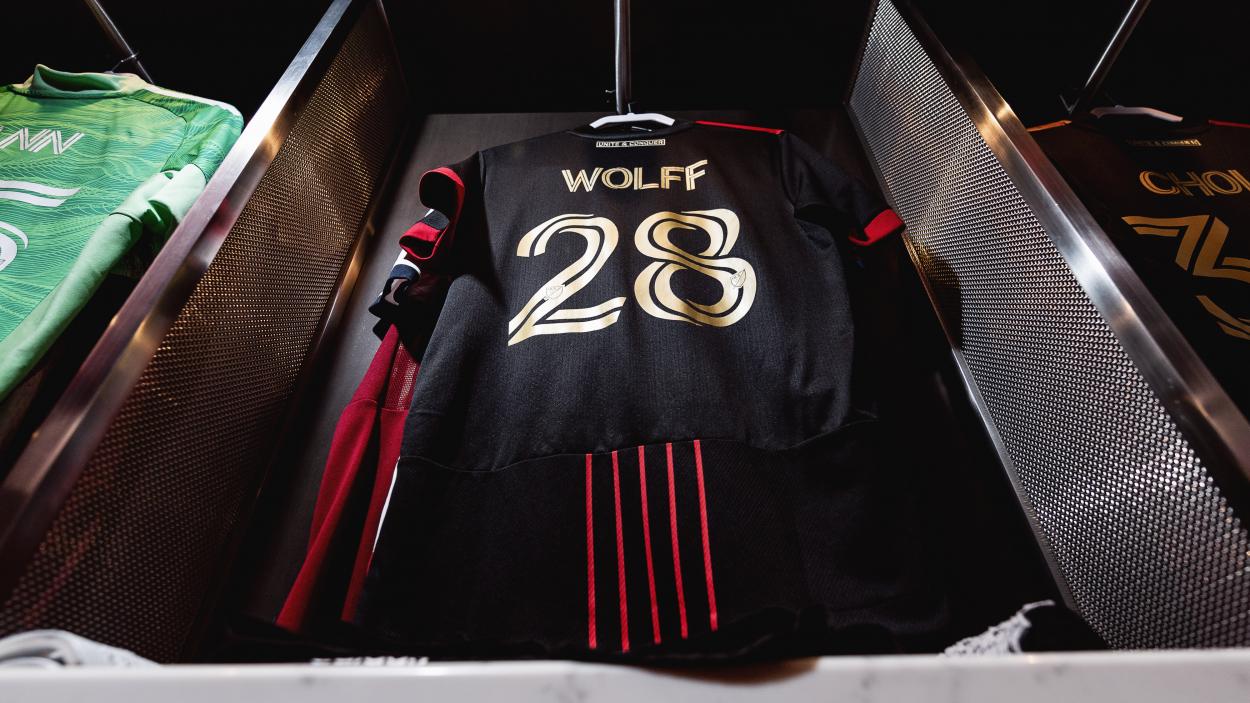 The last three times they have played at Mercedes-Benz Stadium, Atlanta has come away with the victory against New England by scores of 1-0, 2-1 and 3-1.
4:18 PMa year ago

Atlanta thus arrived at its home stadium where it will be looking for the vindication of three points to get closer to the top eight of the conference.

In the Eastern Conference, New England is the leading team with 24 points, almost twice as many as Atlanta with a total of 13.
4:08 PMa year ago

After several days of inactivity, MLS soccer is back with Atlanta United taking on the New England Revolution. We begin our coverage.
4:03 PMa year ago

Do not miss a detail of the match with the live updates and commentaries of VAVEL. Follow along with us all the details, commentaries, analysis and lineups for this Atlanta United vs New England Revolution match.
3:58 PMa year ago

What time is Atlanta United vs New England match for Friendly Game?

This is the start time of the game Atlanta United vs New England of 10th July in several countries:

In the last five games, Atlanta has a wide advantage of four wins to just one loss; however, in the last meeting this year at New England's home, the home team won 2-1.
3:48 PMa year ago

The experienced Argentinean player and forward, Gustavo Bou, is the team's top scorer with five goals and has been one of the key pieces for New England's good start after 13 games. 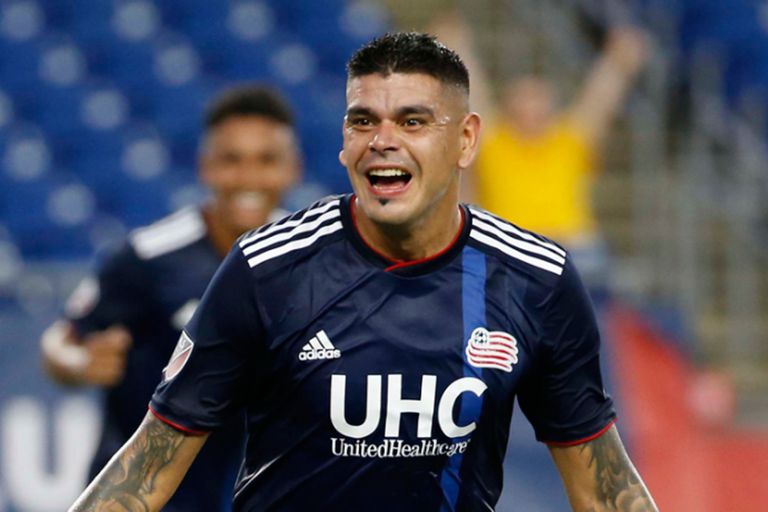 Mexican Erick "Cubo" Torres received a new opportunity in this league with Atlanta and, although he was a starter in the last game, his performance and goal productivity have been lacking, so he will have to work on it. 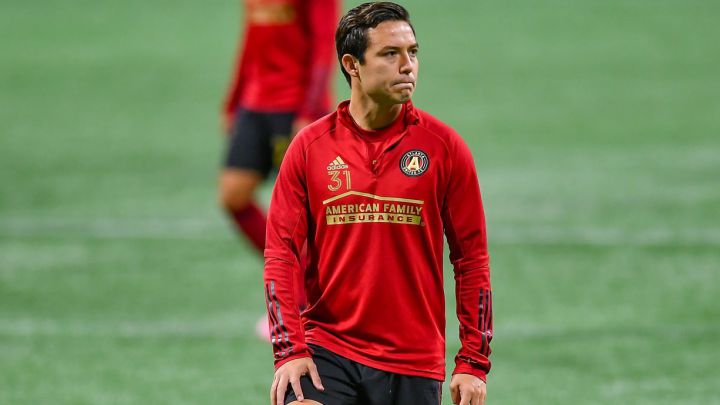 Although New England is at the top of the conference, it has been three games without a win and has only been able to take one point; its last away win came on June 19 with a 3-2 victory over New York City FC.
3:23 PMa year ago

Atlanta: hoping the break has helped them

Atlanta, who were MLS champions a few years ago, have not seen theirs this season and have gone seven games without a win, which is why they have fallen to tenth place in the Eastern Conference with only 13 points.
3:18 PMa year ago

After a week of inactivity, mainly due to the start of the Gold Cup and so as not to overlap some games, MLS activity is back and to open Saturday's matchday Atlanta United will host New England Revolution.
3:13 PMa year ago

The Atlanta United vs New England match will be played at the Mercedes-Benz Stadium, in Atlanta, the United States. The kick-off is scheduled at 8pm ET.
3:08 PMa year ago

Welcome to VAVEL.com’s LIVE coverage of the 2021 MLS: Atlanta United vs New England!

Philadelphia Union vs Chicago Fire preview: How to watch, kick-off time, team news, predicted lineups, and ones to watch a day ago

Diaz, Zelarayan lift Columbus in 3-2 win over NYCFC 7 days ago

The Warm Down: Charlotte FC 2-3 Chicago Fire 7 days ago

Columbus Crew vs NYCFC preview: How to watch, team news, predicted lineups, kickoff time and ones to watch 7 days ago

Atlanta United vs Seattle Sounders preview: How to watch, team news, predicted lineups, kickoff time and ones to watch 7 days ago

Charlotte FC vs Chicago Fire preview: How to watch, kick-off time, team news, predicted lineups, and ones to watch 8 days ago
//