Zambia did not stop working hard

It is important to highlight the performance of the band player, who with this goal scored the third for Zambia and also in her personal account.

Down but not out, Barbara Banda completes a hat trick of her own! 🎩 #TokyoOlympics pic.twitter.com/J2A3d6IcY0

Hat-trick for Barbra Banda, who recovered the ball from Nouwen's misplaced run-out and cut inside the box to score at Van Veenedaal's near post.
8:46 AMa year ago

Banda entered the penalty area with the ball under control, beat the goalkeeper with a spectacular feint and scored at the near post after being swept aside by a defender.
8:44 AMa year ago

Good cross from Jansen down the right flank for Pelova, who crosses the ball first time in front of goal.
8:39 AMa year ago

Another mistake by the Zambian defense that fails to cut well and Beerensteyn recovers the ball to rush into the box and cross with his left foot.
8:32 AMa year ago

A volley shot by Dutch newcomer Beerensteyn goes over the top of the goal.
8:27 AMa year ago

Impressive play by Jamie Roord, who took three African defenders with her as she sped into the box and struck with her left foot at the near post.
8:25 AMa year ago

Zambia does not learn the filtered passes and another one comes from Van de Donk, who headed the ball to Miedema and the striker scored her fourth goal of the night.
8:12 AMa year ago

Goalkeeper Nali made a good save from a dangerous cross looking for Miedema.
8:08 AMa year ago

The second half is underway at Miyagi Stadium!
8:07 AMa year ago

Tonight's historic goal was scored by Barbra Banda, who kept running until she found Lungu's assist and scored alone without the goalkeeper.

At the end of the first half, the Netherlands were on the receiving end of a scandalous scoreline; Zambia tried to react but the level of soccer was very different between the two teams.
7:48 AMa year ago

An extraordinary pass from Jamie Roord finds her teammate Van de Sanden at the far post, who scores with a first-time shot.
7:42 AMa year ago

Wonderful goal by Martens, who received a delayed pass and unleashed a powerful right-footed shot from outside the box that curled past goalkeeper Nali.
7:33 AMa year ago

Another through ball this time found Van de Donk, who crossed precisely for Videma and the striker found her third goal of the match and the fourth for the Netherlands.
Hat-trick in the match!
7:30 AMa year ago

Chanda hit the ball from distance to try to surprise goalkeeper Van Veenedaal and almost scored Zambia's second with a shot that hit the crossbar.
7:28 AMa year ago

Impressive save by Nali!
Martens was alone in the box once again but the goalkeeper came out at full speed to deflect the ball for a corner kick.
7:24 AMa year ago

After a good long pass from Lungu, Barbra Banda feinted in front of the Dutch goalkeeper and was left alone in front of goal to score Zambia's goal.
7:22 AMa year ago

Midema's finish with a lobbed shot in front of Nali, the Dutch offense is finding a lot of space through filtered passes and the Zambian goalkeeper is being left virtually alone in front of the goal definitions.
7:18 AMa year ago

Good play by the Netherlands found striker Midema, who shot but found goalkeeper for Zambian but on the rebound Martens fired in to score her second of the night.
7:14 AMa year ago

A big mistake by goalkeeper Nali, who came out of the area badly, let the ball go out and Miedema ran at full speed to beat her to the ball and score with the goal completely open.
7:08 AMa year ago

Janssen was alone in the box after a corner kick and surprised with a powerful shot that went narrowly wide of the Zambian goal.
7:06 AMa year ago

Martens was left alone in the area but after a first cutback she was unable to score and lost the ball.
7:01 AMa year ago

Wiegman's team will start with these players for its Olympic Games debut:

Zambia with no cases of Covid-19

Cases of Covid-19 have continued to plague the South African team in recent months, however, after testing yesterday afternoon, no cases were detected.

It is for this reason that the Zambian team will be able to start with their full squad for their debut tonight.

Women's soccer kicked off at Tokyo 2020

The first day of Tokyo 2020 will be played, with two women's soccer matches taking place at the Miyagi Stadium.
The first one was between China and Brazil, which ended with a score of 0-5.
Zambia and the Netherlands will take place in a few moments. 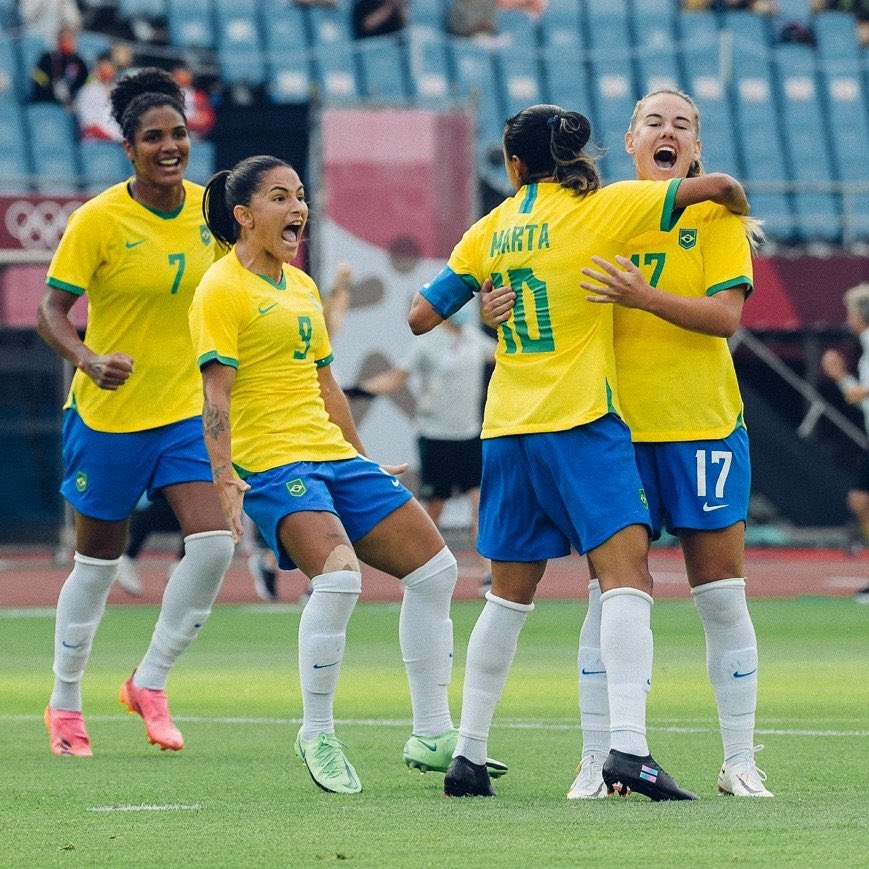 All set for today's Zambia vs Netherlands live matchday 1 of Group F at the Tokyo 2020 Olympic Games.
1:23 AMa year ago

The best of this soccer match is coming up in the debut of the women's national teams at the Tokyo 2020 Olympic Games.

Where and how to watch Zambia vs Netherlands

The match will be broadcasted in USA through NBC Sports and Olympic Channel.

The experienced Dutch team will most likely start with the following players on the Miyagui Stadium pitch:

ne of the most important and outstanding players of the Dutch team is Danielle Van de Donk, who with her number 10 on her back is capable of carrying the team on her shoulders to achieve important results.

With more than 100 caps for her national team, her experience will be fundamental to bring her team the possibility of the gold medal, in addition to her playing talent that gives her the possibility of assisting and scoring goals coming from the midfield. 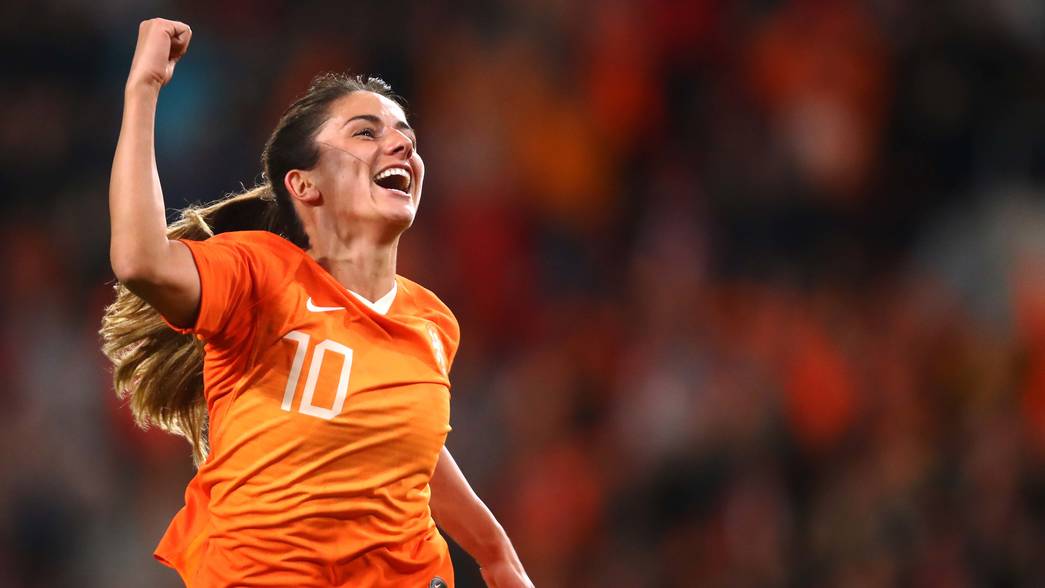 Although the team's overall play has been decisive for the national team that will make its debut in these Olympic Games, all eyes will be focused on one of its key players.
Hellen Mubanga is a Zambian player who plays as a striker in Spanish soccer, who is in her best soccer moment and gave the Africans the goal that took them to the Olympic Games.

Her strength and participation will be fundamental for this day's match. 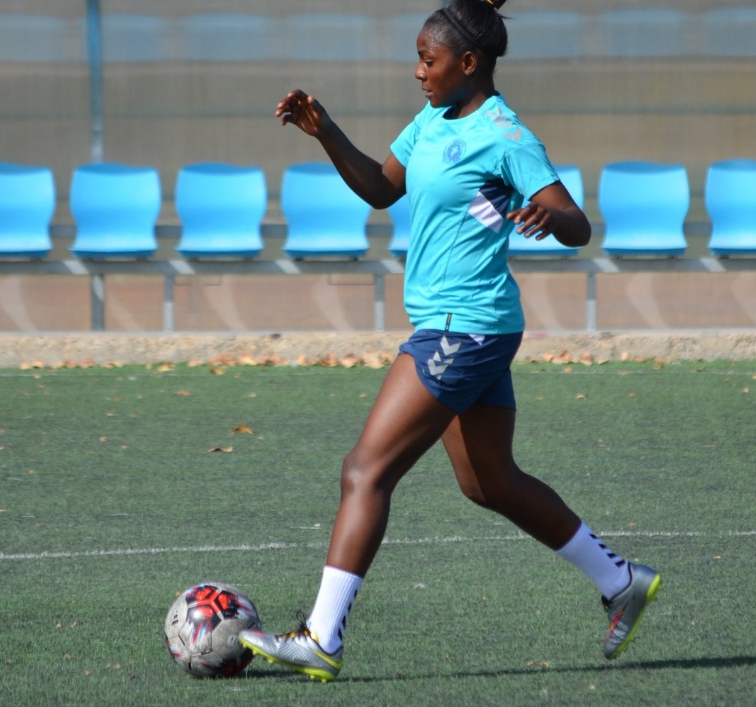 The Netherlands has a must-win situation

Group F has another big team in women's soccer, so the Netherlands cannot afford to lose or draw this match, as they will have to face Brazil and China later on.

In this area, the Clockwork Orange team will be looking to get the biggest result possible, as they did against Norway to get a 7-0 score.

Zambia comes from a fight that is not over yet

Despite being a year and a tournament that could be considered historic for the Zambian women's national team for their first participation in an international competition of this size, they have faced some difficulties due to the Coronavirus outbreaks.
They still managed to come out on top in a series where Cameroon won the first match with a goal by Aboudi Onguene in the 88' leaving a 3-2 final score; however Zambia would fight until the end to achieve a historic comeback, winning 2-1 in the second leg.
12:43 AMa year ago

The match will be played at the Miyagi Stadium

The Zambia vs Netherlands match will be played at the Miyagi stadium Rifu; near the city of Sendai, capital of Miyag Prefecture, Japan with a capacity of 49,133 people.

It was founded in 2001 and was used to host three matches of the 2002 Korea/Japan World Cup, making it a historic stadium for international matches.

The Netherlands players have a much longer track record in international competitions, their first Olympic Games appearance was at London 2012 and they are currently ranked 49th in soccer by FIFA.

On the other hand and having this as their first participation in an international competition, the Zambian national team will be looking to give their all, qualifying as the only women's soccer team to represent the African continent.