Thank you for following the Honduras vs. Qatar game at the close of the Gold Cup group stage.
11:28 PMa year ago

Qatar came to the Gold Cup as a guest and finished as group leader, now they will face El Salvador in the next round and Honduras will face Mexico.
11:26 PMa year ago

Hatim, on the counterattack and alone in front of the goal, sends the ball into the back of the net to seal the victory for the Asians.

Lopez's shot from half distance is blocked by the defense and ends in a corner.
11:19 PMa year ago

Alaa enters and Afif leaves for Qatar.
11:12 PMa year ago

Boudiaf is replaced by Madabo for Qatar.
11:10 PMa year ago

Muntari's rifled shot from outside the box went just wide of the post.
10:59 PMa year ago

Pedro is hit in the noble parts of his body and is left lying on the field.
10:58 PMa year ago

A delayed diagonal to the far post is denied by the Qatari defense.
10:55 PMa year ago

Lopez with a mid-range shot that goes over the top.
10:54 PMa year ago

Almoez with a header over the top of the goal, but Qatar once again makes a mistake.
10:45 PMa year ago

Almoez with a header over the top of the goal, but Qatar once again makes a mistake.
10:39 PMa year ago

The second half begins between Honduras and Qatar.
10:19 PMa year ago

Ali misses the penalty and on the rebound the Honduras goalkeeper is the hero, saving the shot. Honduras is saved from the second.
10:09 PMa year ago

Al Moez with the pass he receives inside the box and takes the shot that is saved by the goalkeeper.
10:06 PMa year ago

Flores' shot passes close, where he asks for a defensive deflection that the referee does not grant.
10:04 PMa year ago

Lopez with the service that reaches the goalkeeper's hands.
10:02 PMa year ago

Pedro makes strong contact with a player from Costa Rica and the referee only sanctions a foul.
9:59 PMa year ago

Ali with a cross shot that goes wide.
9:56 PMa year ago

Quioto leaves and Bengston enters for Honduras.
9:56 PMa year ago

Ahmed's powerful through ball is headed directly into the corner of the net to make it 1-0.

Afif with a cross shot that goes wide of the goal.
9:48 PMa year ago

Bengston with the one-on-one that he misses in front of the goalkeeper and in the end he hurt himself and it may be a muscular problem.
9:41 PMa year ago

Benavides with a long throw that the Qatari defender controls with his chest and gives it to the goalkeeper.
9:39 PMa year ago

Qatar's service attempt is blocked at the near post by the Honduras defense.
9:34 PMa year ago

First corner kick and it is for the Honduras team.
9:31 PMa year ago

The match between Honduras and Qatar kicks off.
9:23 PMa year ago

Both Honduras and Qatar take the field for the singing of their respective national anthems.
9:19 PMa year ago

It will not be

Coach Fabián Coito tested positive for Covid-19, so he will not be present on the bench to coach this match.

Honduras fans have turned out in large numbers to support "La H" in the last game of the group stage.

Experienced U.S. referee Jair Marrufo is the referee for this match between Honduras and Qatar.
9:03 PMa year ago

The first place in this group will face El Salvador, but the loser will face the favorite Mexico, which they will try to avoid.
8:52 PMa year ago

Since Costa Rica vs Jamaica will not start on time and Panama vs Grenada was played at the same time, Honduras vs Qatar will start earlier and in case the Asians lose, they will have to wait several hours to know if they will be in or not.
8:47 PMa year ago

The group leader is defined between Honduras and Qatar on the last day of the group stage of the 2021 Gold Cup. We begin with the coverage.
8:42 PMa year ago

Do not miss a detail of the match with the live updates and commentaries of VAVEL. Follow along with us all the details, commentaries, analysis and lineups for this Honduras vs Qatar match in Gold Cup.
8:37 PMa year ago

What time is Honduras vs Qatar match for Gold Cup?

This is the start time of the game Honduras vs Qatar of 20th July in several countries:

Because it plays in different confederations, Qatar has not played many matches against CONCACAF teams, but in the most recent three it has remained undefeated by beating El Salvador (friendly game), drawing with Panama and defeating Grenada.
8:27 PMa year ago

Akram Afif has become a great threat, as his physical display and speed have been a pain for the defenses in turn, highlighting that he scored against both Panama and Grenada, so he will be looking to keep the same momentum in this match. 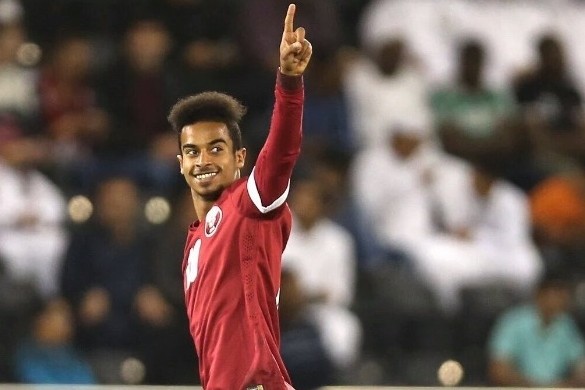 Romell Quioto has been one of the best for the Catrachos in the first two games, being fundamental in the 3-2 victory over Panama with a brace. His eye for goal and his ability to generate danger from his feet make him a player to watch. 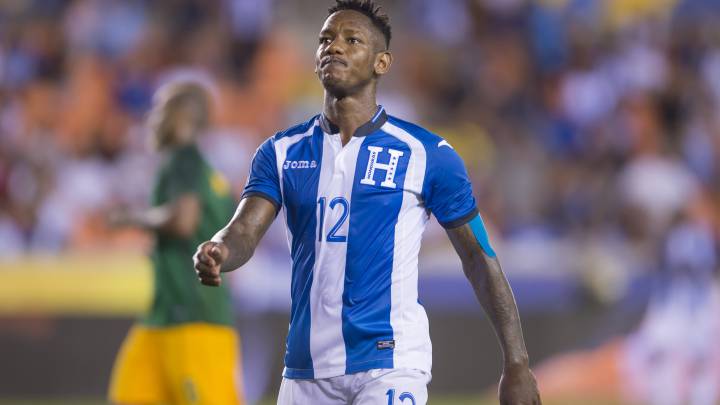 Qatar has been a pleasant surprise due to the orderly and systematic nature of its soccer, which has made it one of the teams with the most goals. They tied Panama with three goals and defeated Grenada 4-0.
8:02 PMa year ago

Honduras: finish with a perfect record

The Catrachos have left a good taste in their mouths and will be looking to finish with a perfect record in the group stage, which, so far, only the United States has achieved. They defeated Grenada and in a duel of upsets they beat Panama.
7:57 PMa year ago

The winner of this match will finish as leader of the sector and will face El Salvador, the country that finished second in Group A.
7:52 PMa year ago

The leader is defined

This match will determine the leader of Group D, with which the group stage will end, highlighting that both Honduras and the guest Qatar have shown good performances during their first 180 minutes in the competition.
7:47 PMa year ago

The Honduras vs Qatar match will be played at the BBVA Compass Stadium, in Houston, United States. The kick-off is scheduled at 8:30 pm ET.
7:42 PMa year ago

Welcome to VAVEL.com’s LIVE coverage of the 2021 Gold Cup: Honduras vs Qatar!