It's all over! Sweden sweeps past the USWNT with a commanding 3-0 victory
6:20 AMa year ago

A great save! Lindahl snatches the goal from Press, who will leave with a clean sheet today.
6:19 AMa year ago

Four minutes of overtime are announced
6:18 AMa year ago

Press shot that refuses to enter the goal.
6:12 AMa year ago

GOOL.Lina Hurtig, the newcomer, looks to finish off the U.S. with the third
6:02 AMa year ago

She misses it! Christen Press hits the post and misses the goal that would have brought the USWNT closer after a great service by Rapinoe.

Double change for Sweden. Stina Blackstenius and Fridolina Rolfo are out, Lina Hurtig and Olivia Schough are in.

Carli Lloyd shoots with the left foot straight at goal but the ball is deflected to a corner.
5:47 AMa year ago

Goal. Blackstenius gets in on the action and smashes a bouncing ball off the post for the first double for the Swede.
5:37 AMa year ago

Halftime changes.
USWNT Samantha Mewis and Alex Morgan are out, Julie Ertz and Carli Lloyd are in.
5:19 AMa year ago

Sweden leads 1-0 at halftime with total authority. The Stars and Stripes tried to react without success.
5:17 AMa year ago

Two minutes of compensation are added
5:17 AMa year ago

She misses it! Blackstenius is left alone in front of Naeher but the ball is delayed and misses the second goal.
5:13 AMa year ago

Sweden takes possession of the right flank and tries to penetrate to the feet of Jackobsson.
5:08 AMa year ago

Great reaction from the North Americans on the play after the goal, the Stars and Stripes sneak into the box but the play does not transcend.
4:57 AMa year ago

GOOOOL! Blackstenius capitalizes with a header and after a great service from Jacksobsson Sweden makes it 1-0.
4:55 AMa year ago

One more! Sweden takes control of the match and Rolfo gets in a great shot that the goalkeeper keeps out correctly.
4:47 AMa year ago

Blackstenius wins the back of the defense again and shoots at goal.
4:41 AMa year ago

Close! The U.S. backline is careless and allows the Swedish team to advance. The Europeans earn their third corner
4:35 AMa year ago

Swedish set piece for the Swedish team, who put the first warning on goal
4:31 AMa year ago

The ball rolls at Tokyo Stadium
4:28 AMa year ago

We are just a couple of minutes away, stay tuned to our broadcast.
4:27 AMa year ago

The Swedes do the same and also perform the field reconnaissance prior to the starting whistle. 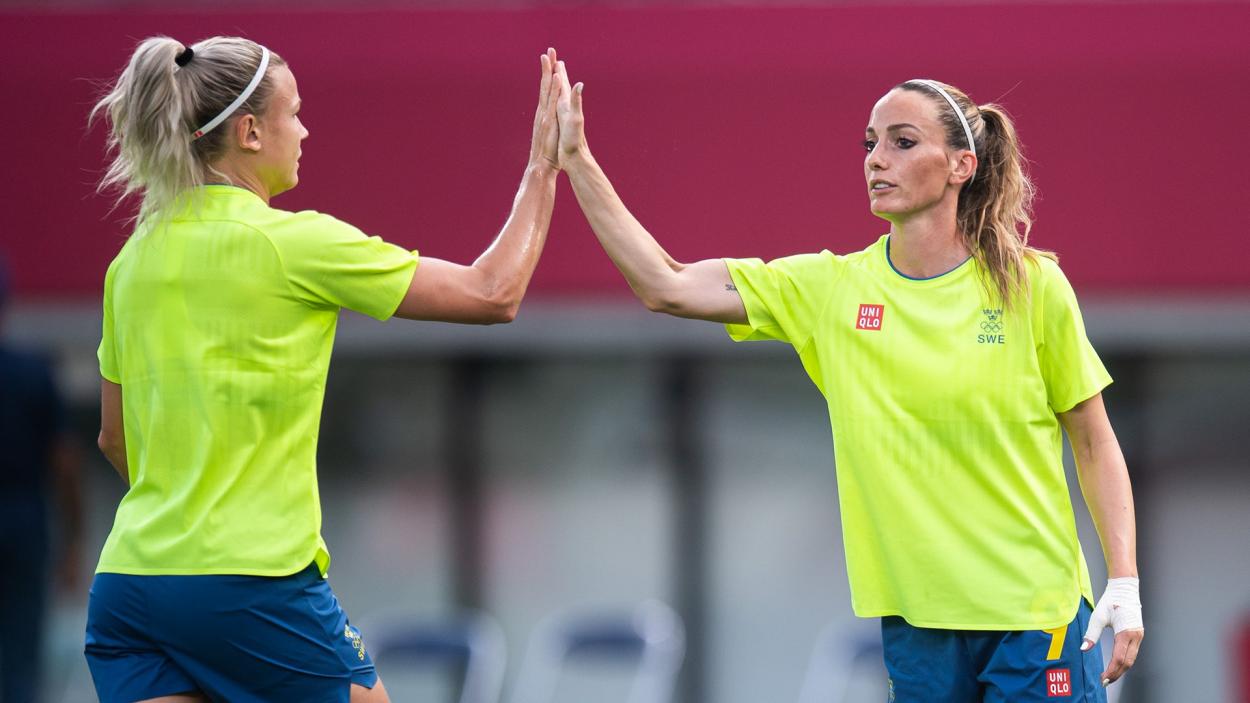 The Stars and Stripes are ready for their Olympic debut. Here is an image of the warm-up on the turf of Tokyo Stadium. 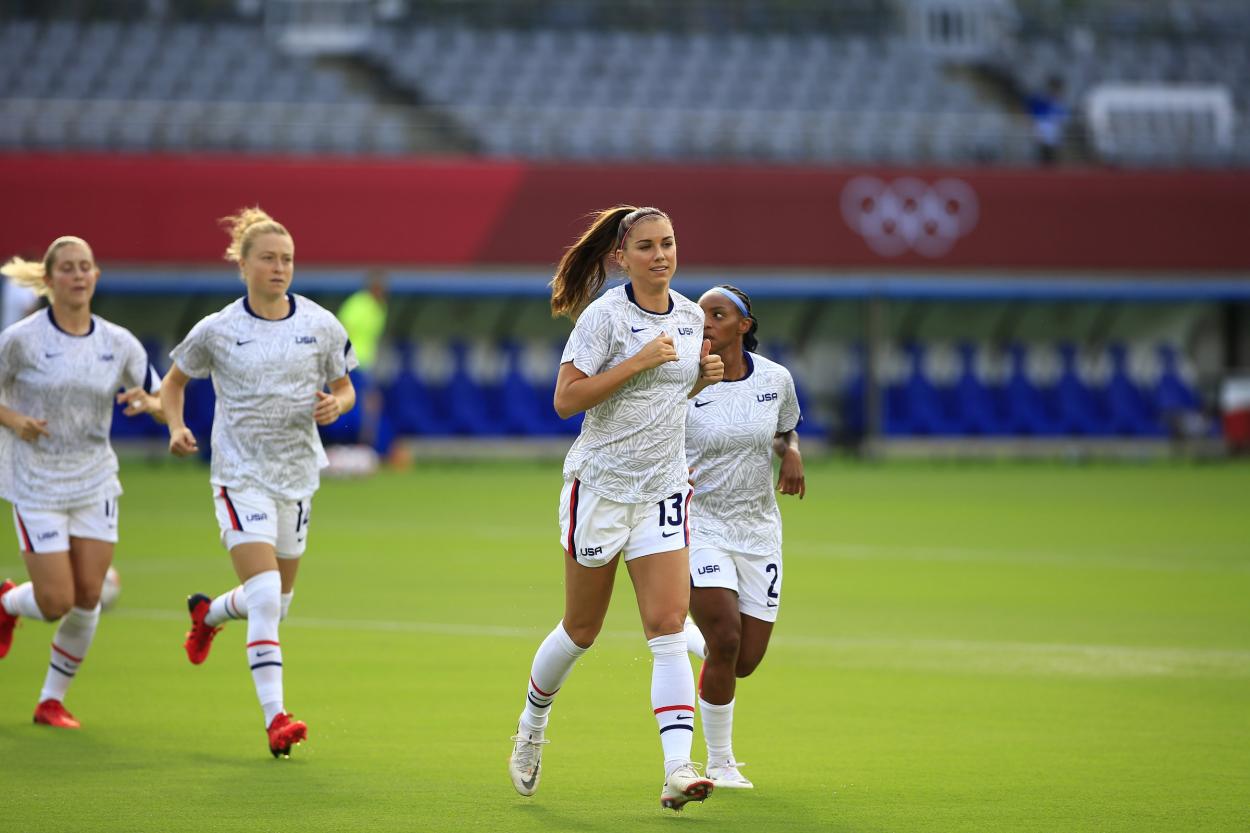 This is what Tokio Stadium looks like minutes before kick-off!

The USWNT team shared an emotional video a couple of hours before their debut in Tokyo. It shows the players presenting the uniform they will wear in the competition, as well as clips from previous matches.

To The Best Fans in the World 🇺🇸⚽️,

Thousands of miles & many time zones away, we still feel your energy & your support means everything as we kick off our Olympic journey.

Now get ready, because
HERE 👏 WE 👏 COME! 👏 pic.twitter.com/nmcxIMUYuZ

Do not miss a detail of the match USWNT vs Sweden live updates and commentaries of VAVEL.
3:39 AMa year ago

How to watch USWNT vs Sweden Live Stream on TV and Online?

If you want to watch the game USWNT vs Sweden live on TV, your options is:Marca Claro.

What time is USWNT vs Sweden match for TOKYO 2020?

This is the start time of the game USWNT vs Swedenon 21st July 2021 in several countries:

Megan is the great icon of the Stars and Stripes, she is the media personality on and off the field, 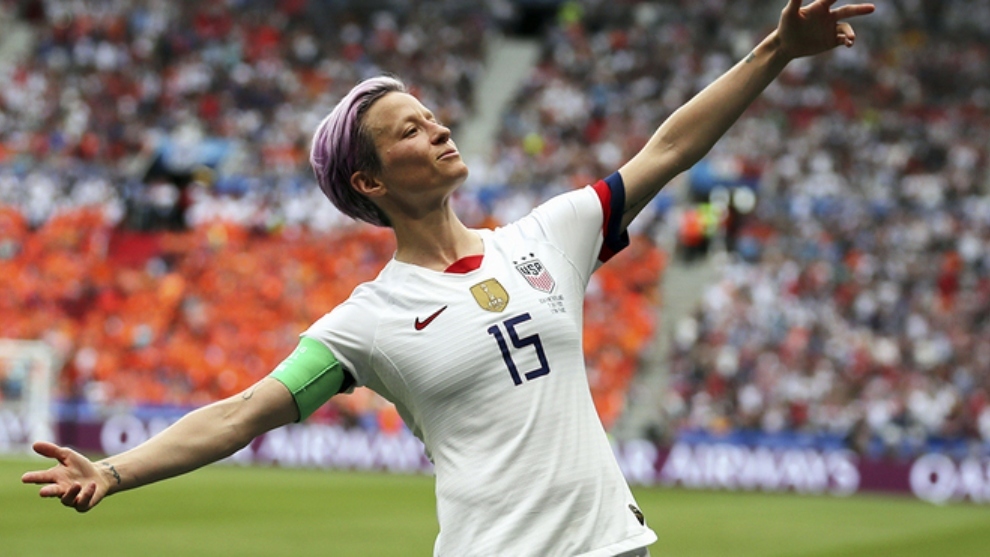 The Three Crowns, as the Swedish Women's National Team is better known, is one of the strongest teams in Europe. With a World Championship runner-up finish and an Olympic medal, they will be challenging for the gold medal at the Olympic Games,
Their Olympic Games history is as follows:
1996 Sixth place
2000 Sixth place
2004 Fourth place
2008 Sixth place
2012 Seventh place
2016 Second place

The Stars and Stripes are so far the most competitive team in women's football at national team level. They have won it all and are living a golden generation with athletes who are not only a reference not only on the pitch, but also on the field.
The Americans have won four Olympic gold medals: Atlanta 1996, Athens 2004, Beijing 2008 and London 2012. They also have a silver medal from Sydney 2000. In the last competition in Rio de Janeiro 20016 they surprisingly finished in the quarter-finals in fifth place overall.
For 2021 they look like the favourites
2:59 AMa year ago

The Olympic Games are about to begin after being rescheduled due to the Covid 19 pandemic. A year away from the original date, Tokyo 2020 will start its competitions even before its opening. Although the official opening will take place on 23 July, some disciplines, including football, will kick off from 22 July at Tokyo's National Stadium.

Welcome to VAVEL.com’s coverage of the 2020 Tokyo match: USWNT vs Sweden Live Updates!