Our coverage of the friendly match between Reading FC vs West Ham United comes to an end, thank you for joining us! Stay tuned to VAVEL.com to keep up to date with the world of sports.
3:52 PM10 days ago

Victory in Reading with plenty of valuable minutes for the squad as our pre-season prep continues 💪#RFCWHU — West Ham United (@WestHam) July 21, 2021

The referee completes the regulation time and decrees the end of the match.

Cresswell crosses from the corner and Alves fails to connect. Reading can't get the ball away from West Ham.
3:47 PM10 days ago

The entire Reading FC team defends with a defensive block. They forget about attacking
3:45 PM10 days ago

The match is being largely dominated by West Ham. Reading shows no rebelliousness and submits to the rival ball handling.
3:37 PM10 days ago

Great individual action by West Ham's number 31, Ben Johnson scored the third goal after beating three opponents and scoring in the back of the net.
3:34 PM10 days ago

Out: Azeez, Laurent and Rinomhota

In: Ehibhatiomhan, Leavy and Osorio

The 6,000 fans present at the stadium are beginning to ask for much more commitment from Reading FC. On the recommendation of the English government, stadiums will only be able to opt for 25% of the total capacity, for those attending soccer stadiums.
3:29 PM10 days ago

BOWEN TRIES A LOB, BUT THE BALL GOES WIDE.

IT WAS THE THIRD FOR WEST HAM

Reading try on the left flank, but the West Ham defenders are quicker. Southwood entered the game well
3:24 PM10 days ago

Three more changes to be made here...

LANZINI GENERATED A GREAT INDIVIDUAL PLAY AND TRIED TO FILTER A PASS FOR HIS TEAMMATES, BUT IT ALL ENDED IN NOTHING.
3:16 PM10 days ago

After generating play from the left to the right, West Ham managed to break free and it was Coventry who finally scored the second goal of the game, after receiving a pass from the death.
3:15 PM10 days ago

Benrahma looks to break Reading's defensive lines with filtered passes, but the home team won't allow it
3:12 PM10 days ago

West Ham looks like they will opt to attack a lot more during this second half. So far, all the scoring chances have gone to them.
3:10 PM10 days ago

Lanzini scored a goal in an improper position and the score was disallowed by the linesman.
3:07 PM10 days ago

With the advantage on the scoreboard, West Ham started the second half
2:49 PM10 days ago

With no minutes added, the central referee signals the end of the first half.

Reading again dropped back and gave West Ham possession of the ball. It has not been a very colorful game
2:45 PM10 days ago

Ovie Ejaria shoots from outside, but is unsuccessful. Randolph keeps the ball
2:44 PM10 days ago

The right flank is Reading FC's favorite sector to consolidate its attacks, unfortunately it does not have much depth and West Ham defends well.
2:41 PM10 days ago

Thanks to a corner kick, defender Dorsett scores in his own goal to give West Ham the lead.
2:35 PM10 days ago

Total domination for West Ham, who occupy all the spaces on the pitch.

ANTONIO HAD A HEADER, BUT IT DIDN'T GO IN.

COVENTRY'S SHOT WAS CLEARED OFF THE LINE BY A READING DEFENDER.

After a great intervention by goalkeeper Rafael, West Ham missed the lead goal.

THE WHOLE OF WEST HAM CALLS FOR A PENALTY!

After a promising attack from the right flank, Dawson shot from the outside and the shot hit an opponent in the arm.

The referee did not award a penalty

With more desire than soccer, Reading are looking to surprise thanks to cross balls from the flanks. The home team does not have a very good attack
2:21 PM11 days ago

ANTONIO TRIES WITH HIS HEAD, BUT THE BALL DOESN'T GO IN FOR WEST HAM. READING FC IS SAVED!
2:20 PM11 days ago

For now, neither team is showing any attacking intent. Both Reading and West Ham have been very timid in attack.
2:13 PM11 days ago

Azeez tries a shot from outside for Reading, but has no luck. The ball goes over the goal
2:10 PM11 days ago

West Ham has a clear chance to open the scoring from a set piece
2:09 PM11 days ago

West Ham try to show promising attacks down the left flank, but have no luck. Reading defends very well
2:08 PM11 days ago

Reading takes possession of the ball and tries to attack West Ham down the flanks
2:04 PM11 days ago

The players take their positions and the duel begins.
1:43 PM11 days ago

In a few minutes, we will be informing which will be the lineups of the teams. The teams begin to arrive at the stadium
5:49 AM11 days ago

Stay tuned to our Reading FC vs West Ham United live stream. Here you will have all the live match updates and commentary from VAVEL.com.
5:44 AM11 days ago

How to watch Reading FC vs West Ham Live Stream on TV and Online?

If you want to watch the game live on TV, your options is: TUDN.

At the age of 22, Declan Rice is West Ham United's star player. With great ability to take over the midfield, Rice is the most dangerous player in attack.
5:34 AM11 days ago

The standout player at Reading FC is central defender Liam Moore. The 28-year-old Jamaican has proven to be a defender with character and talent. His experience and performance made him the captain of the team.
5:29 AM11 days ago

West Ham to win away

West Ham's last away game was against Leyton Orient, resulting in a modest 0-0 draw.
5:19 AM11 days ago

The match with which Reading FC bid farewell to the 2020/21 Championship was played at home and was the last match played to date. That game resulted in a 2-2 draw.
5:14 AM11 days ago

West Ham come into this match having drawn 0-0 against Leyton Orient in a pre-season game. The team, managed by David Moyes, suffered the loss of players Fabian Balbuena and Felipe Anderson. With the sale of these players, the club signed Craig Dawson and Conor Coventry.
5:09 AM11 days ago

This will be Reading FC's first preseason game in preparation for the EFL Championship in England, the equivalent league to the second division in that country. The most significant loss for the club was the departure of youth player Michael Olise, who left the club to join Crystal Palace. For the time being, Reading FC has not made any signings despite having only 17 players on its roster.
5:04 AM11 days ago

The match will be played at the Madejski Stadium

The Reading FC vs West Ham match will be played at the The Madejski Stadium, with a capacity of 24,161 people. The stadium was opened in 1998 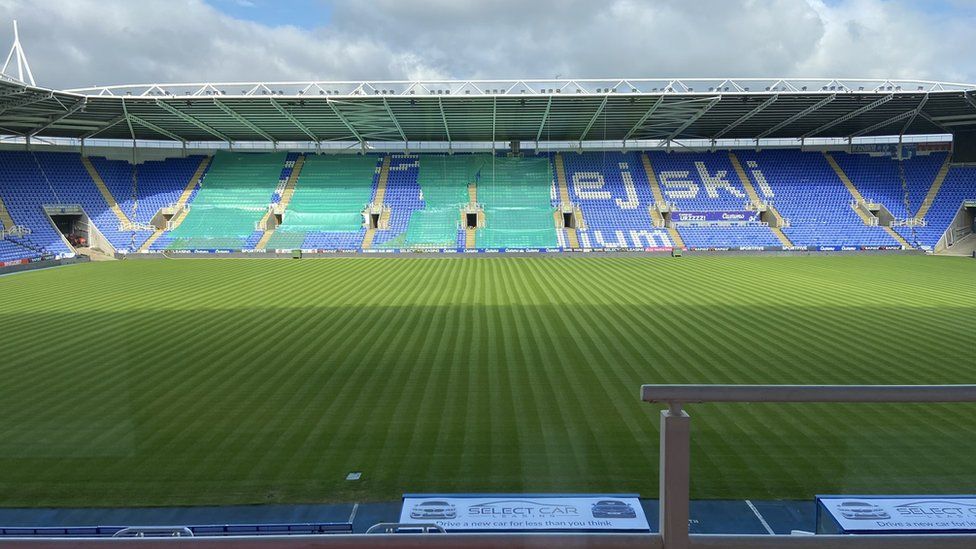 My name is Esteban Monsalve and I will be your host for this match. We will provide you with pre-match analysis, score updates and live news here on VAVEL.com. This match will give us a taste of how Reading FC and West Ham are preparing for the 2021/22 season.

Austin FC vs Colorado preview: How to watch, team news, predicted lineups and ones to watch 9 hours ago

Philadelphia Union vs Chicago Fire preview: How to watch, kick-off time, team news, predicted lineups, and ones to watch 3 hours ago
//