Thank you for following the VAVEL coverage of the game between Liverpool and Mainz 05. See you next time.
2:10 PM2 months ago

Much room for improvement

Both clubs are just loosening up their legs and will have a lot of room for improvement, although both gave the youngsters a chance to participate.
2:09 PM2 months ago

Nothing more was added and thanks to an own goal, Liverpool defeated Mainza 05 by the minimum.
2:08 PM2 months ago

Stefan Bell deflects the ball into his own net to open the scoring.

Jerry St. Juste's free kick goes over the top of the goal.
1:55 PM2 months ago

Hack with the first-time shot that Adrián rejects upwards.
1:51 PM2 months ago

A cross shot inside the six-yard box is controlled by Liverpool goalkeeper Adrian without bouncing.
1:50 PM2 months ago

Time for rehydration in the second half for Liverpool and Mainz.
1:40 PM2 months ago

Stefan Bell's header from a corner kick goes over the top of the goal.
1:35 PM2 months ago

Direct free kick by Kevin Stöger, Mainz, hits the outside of the net.
1:34 PM2 months ago

Many changes in both teams and the game has become less intense, although these changes have favored Mainz, which has retained more of the ball and played in the enemy's half.
1:25 PM2 months ago

The first shot of the second half is taken by Mainz's Niklas Tauer, but it goes wide.
1:23 PM2 months ago

Second half kicks off between Liverpool and Mainz.
1:06 PM2 months ago

Mané with a mid-range shot that is blocked by the defenders inside their own area.
1:00 PM2 months ago

Chamberlain looked for the far post, but a deflection off the keeper prevented the first of the afternoon.
12:58 PM2 months ago

Mané's cross to the far post that Salah fails to reach.
12:57 PM2 months ago

Harvey Elliott with the flash that goes all the way across the area, but the goal still doesn't come.
12:52 PM2 months ago

Mané exerted pressure inside the box and after a rebound the ball came close to sneaking into the opponent's goal.
12:43 PM2 months ago

The match is stopped for rehydration of both teams.
12:41 PM2 months ago

Daniel Brosinski with a shot inside the box that went just wide of the goalkeeper.
12:41 PM2 months ago

Robin Zentner's cross from a corner kick was fisted away by Robin Zentner.
12:37 PM2 months ago

Moussa Niakhate's first-time shot from a set piece went over the bar.
12:32 PM2 months ago

Corner kick in favor of Liverpool that the defense rejects without much trouble.
12:27 PM2 months ago

Chamberlain came close to scoring from a corner kick that reached the far post but the defense was alert to clear it.
12:24 PM2 months ago

Liverpool tried harder in the opening minutes, but so far lacked clarity.
12:20 PM2 months ago

At this moment Liverpool and Mainz 05 take the field for the friendly game.
12:09 PM2 months ago

The match between Mainz and Liverpool is just minutes away. Do not miss the minute by minute that we will be carrying through VAVEL.
12:07 PM2 months ago

There is a good atmosphere

Prior to the warm-up, Mainz has a very good atmosphere in the dressing room with the aim of arriving as well as possible for the start of the Bundesliga season.

The arrival of Mainz

Sadio Mané, like the rest of the team, is already warming up for the start of the match against Mainz 05. 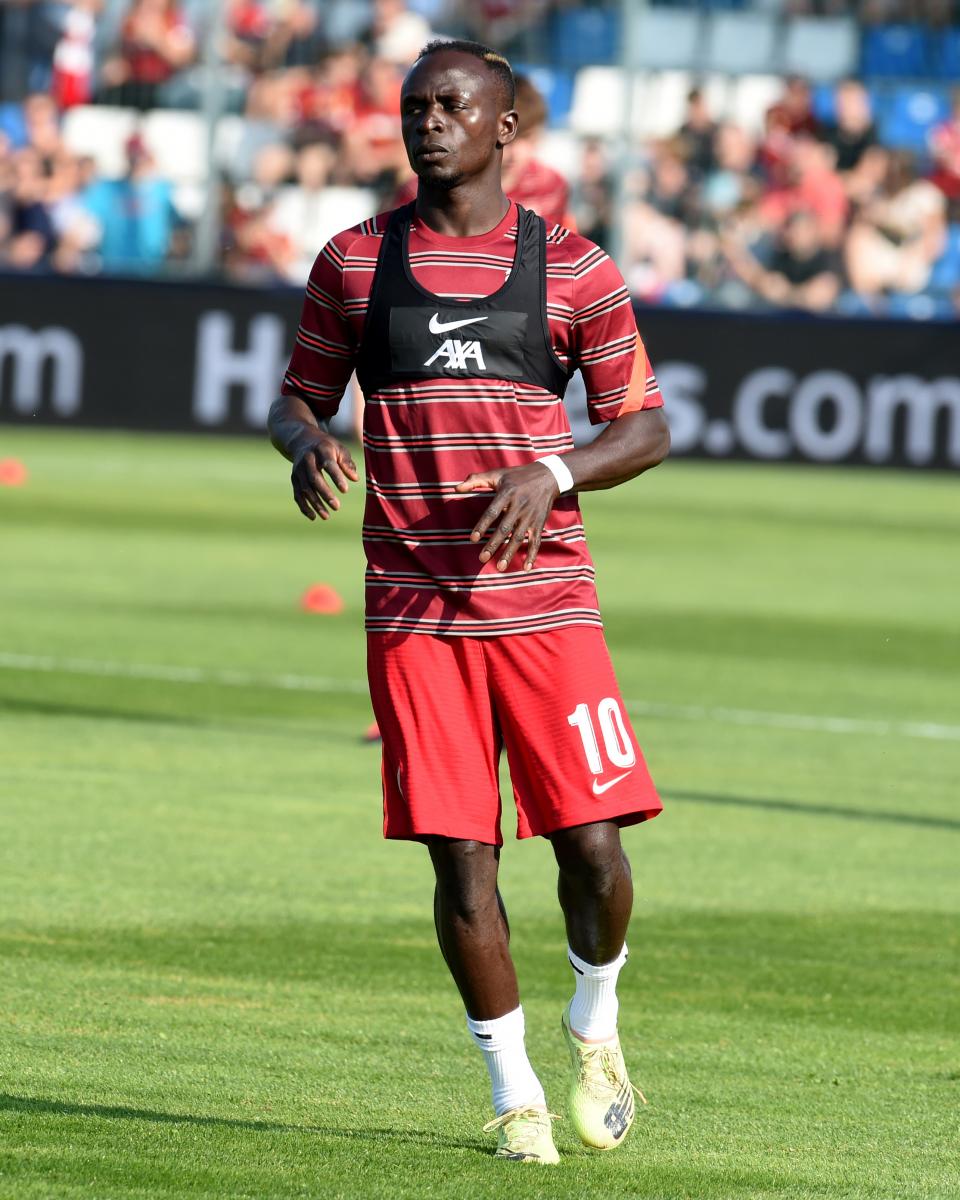 This is Mainz's lineup to face Liverpool this Friday. 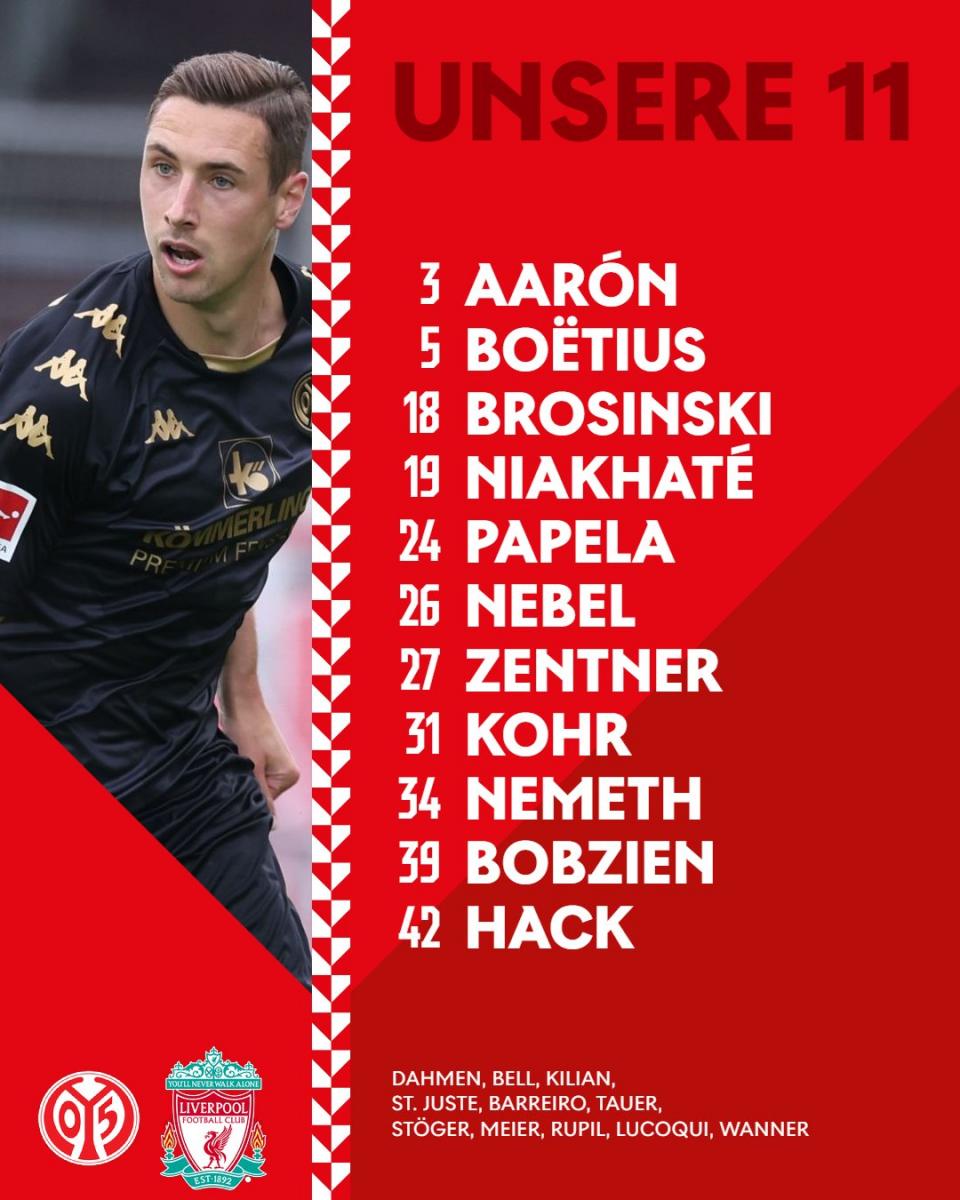 This is the stadium where the action will be taking place for the friendly between Liverpool and Mainz. 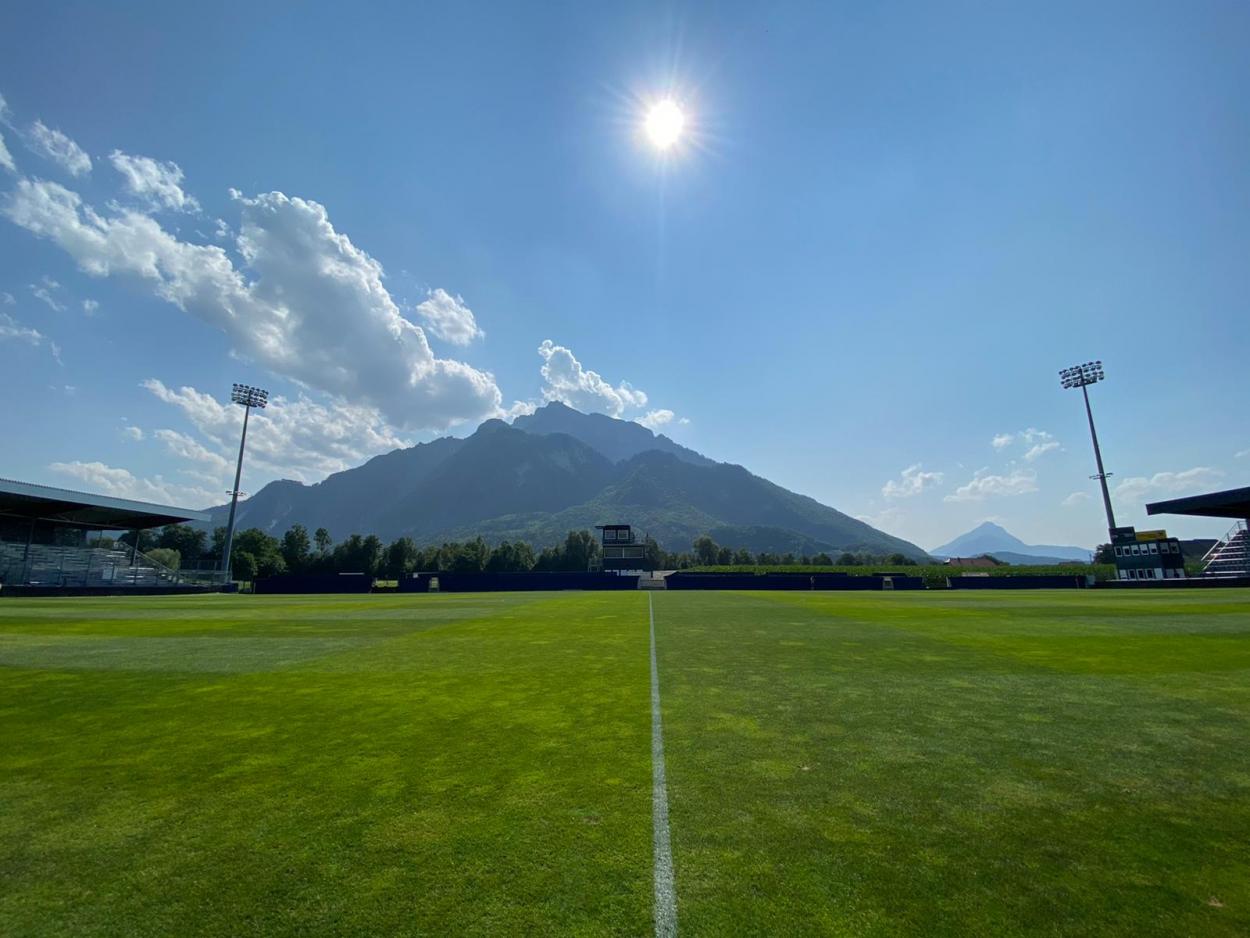 Liverpool will continue to hold several preparation matches over the next few days and their future opponents will be Hertha Berlin, Athletic Bilbao and Osasuna.
11:25 AM2 months ago

This will be the second friendly match for Liverpool this week after they faced a Stuttgart youth team last Tuesday with whom they drew.
11:20 AM2 months ago

Liverpool returns to the field and this time it will be in Austria when they take on Mainz 05. We begin with coverage of the friendly match.
11:15 AM2 months ago

Do not miss a detail of the match with the live updates and commentaries of VAVEL. Follow along with us all the details, commentaries, analysis and lineups for this Liverpool vs Mainz match.
11:10 AM2 months ago

What time is Liverpool vs Mainz match for Friendly Game?

This is the start time of the game Liverpool vs Mainz of 23rd July in several countries:

The two teams have met only a few times in history, the last game being on August 7, 2016, also in a warm-up game where the German team surprised by scoring 4-0 and, therefore, winning the match.
11:00 AM2 months ago

Stefan Bell is one of the leaders at the back and is expected to be key in the start of the Bundesliga for Mainz to quickly get away from relegation problems. 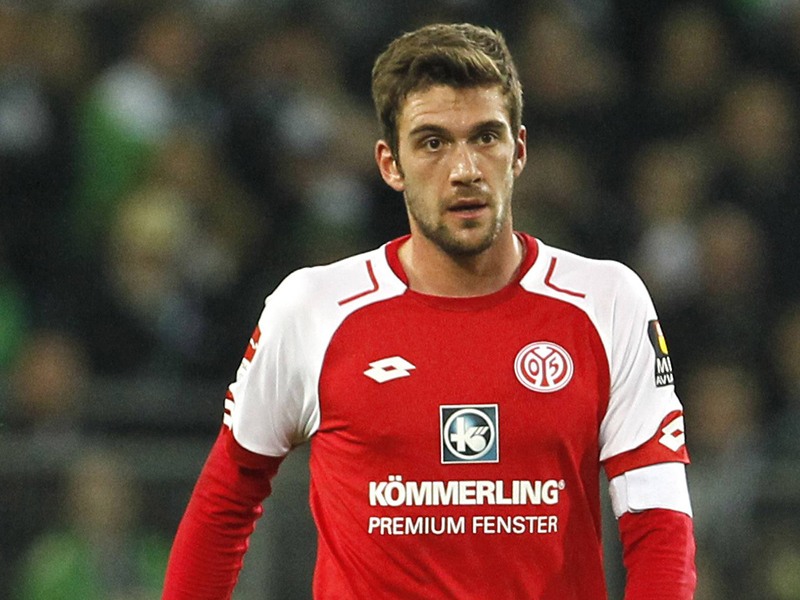 Sadio Mané has started to get minutes and it is expected that as the preseason progresses he will be getting a good level of play to be in tune for the start of the league. 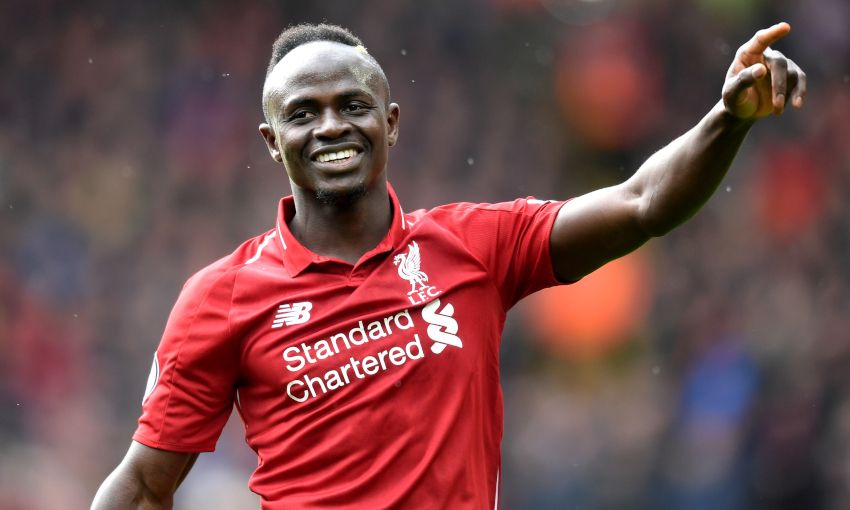 After this match, Liverpool will face Hertha Berlin, Athletic Bilbao and Osasuna.
10:45 AM2 months ago

They are ruled out

The German tactician expressed that Virgil van Dijk or Joe Gomez are doing well with the preseason work, but he definitely ruled them out for this engagement.

"It would be a surprise for me as well. They have looked very good in training and yesterday was the first day where they did very complex things, usually it's offense or defense and things like that. We have to get there, step by step, but I don't expect them for Friday," he indicated.

Jurgen Klopp, Liverpool coach, commented that after the one-goal draw in their first friendly against Wacker Innsbruck there is still much to improve with the "Reds", but he takes a good taste in his mouth.

"It was a training session and it was good. Physically it was everything we wanted to see, we had to do it and it was an important test for that. From a soccer standpoint, obviously there's a lot of room for improvement; I saw a lot of wild press. We wanted a wild press, we had a little competition between the two teams to see who gets the ball back the most and how many counter presses we have. We'll have to think about the prize the team will win!", he expressed.

The Liverpool vs Mainz match will be played at the Untersberg Arena Stadium, in Grodig, Austria. The kick-off is scheduled at 12:15 pm ET.
10:25 AM2 months ago

Welcome to VAVEL.com’s LIVE coverage of the 2021 Friendly Game: Liverpool vs Mainz!