Thank you once again for your audience in another game of the Olympics. Have a nice day and see you next time!
5:51 AM2 months ago

Ilested shot from a distance and sent it through the right side of the goal!
5:43 AM2 months ago

Bennisson took a long shot and the ball exploded off the crossbar!
5:38 AM2 months ago

And nothing happens in the match. Sweden continues to control the game.
5:29 AM2 months ago

On Riley's cross from the left, Wilkinson headed, but into the hands of goalkeeper Falk!
5:28 AM2 months ago

Percival, for a foul in the field of attack, gets a yellow card. And in the next play, in a good exchange of passes, Hurtig tried to hit a dive and missed the goal!
5:24 AM2 months ago

Schough took it from the left to the middle and hit a placed shot, but Nayler sent it wide!
5:06 AM2 months ago

Angeldal hit the free-kick straight at goal and sent it over the crossbar.
5:05 AM2 months ago

Benisson, in the midfield, was brought down, earning a foul for Sweden to play in the area.
5:04 AM2 months ago

Wilkinson gets the first touch on the ball and it rolls into the second half of New Zealand and Sweden!
5:01 AM2 months ago

The players from New Zealand and Sweden return to the pitch to start the second half!
4:49 AM2 months ago

With goals from Janogy and Anvegard, Sweden goes on to beat New Zealand 2-0!
4:48 AM2 months ago

Schough took the corner from the left and Kullberg headed it out.
4:36 AM2 months ago

A shot from outside the box and another one from inside the box, on the rebound, from Hassett, Falk twice saved Sweden!
4:31 AM2 months ago

On the lifting ball into the box from the right side of the midfield, Janogy threw himself on the ball to deflect it with his head and score the second goal!
4:19 AM2 months ago

Schough took the corner from the left and Avengard was higher than Nayler, heading it into the empty net!
4:16 AM2 months ago

In Schough's powerful shot, goalkeeper Nayler flew in to collect it in the right corner!
4:13 AM2 months ago

New Zealand starts trying to surprise, attacking a lot on the right, but no dangerous moves have been made so far.
4:03 AM2 months ago

Blomqvist gets the first touch on the ball and it rolls into the first half for New Zealand and Sweden!
4:01 AM2 months ago

A minute of silence

Now a minute's silence was observed and the players knelt in anti-racist protest!
3:56 AM2 months ago

Now the national anthems of New Zealand and Sweden are played.
3:55 AM2 months ago

The players take to the field to start the match!
3:45 AM2 months ago

The players go back to the dressing rooms to continue their preparation and then take the field in the last round of the group stage!
3:41 AM2 months ago

Today the group stage of women's soccer will be closed. At 4am we have New Zealand and Sweden and the United States and Australia, in group G.
3:33 AM2 months ago

The players appear on the field to start the warm-up!
3:28 AM2 months ago

Some new additions to the New Zealand team for the match: Nayler in goal and Rolston in attack!
3:28 AM2 months ago

New Zealand comes into the field with: Nayler, Bott, Moore, Erceg and Riley; Cleverley, Percival, Hassett, Bowen and Rolston; Wilkinson.
3:25 AM2 months ago

Sweden is a changed team for this match, with Falk in goal, Roddar and Kullberg at the back, Benisson, Janogy and Angeldahi in the middle, and Blomqvist, Anvegard and Schough up front!
3:20 AM2 months ago

New Zealand is scheduled for the match and comes with:

Welcome to the broadcast of the Group Stage 3 match between New Zealand and Sweden!
3:10 AM2 months ago

Do not miss a detail of the match with the live updates and commentaries of VAVEL. Follow along with us all the details, commentaries, analysis and lineups for this New Zealand vs Sweden match.
3:05 AM2 months ago

If you want to watch the game Team 1 vs Team2 live on TV, your options is: NBC Sports.

If you want to directly stream it: Streaming services and FutboTV app.

Sweden, meanwhile, should take the field with: Lindahl, Glas, Ilestedt, Eriksson and Andersson; Angeldal, Seger, Jakobsson, Asllani and Rolfo; Hurtig.
2:55 AM2 months ago

For the final match New Zealand should take the field with: Leat, Bott, Moore, Erceg and Riley; Cleverley, Percival, Hassett, Bowen and Chance; Wilkinson.
2:50 AM2 months ago

Hedvig Lindahl is Sweden's leading light at the Olympics, having already won two Swedish Women's Football Cups and silver at the 2016 Olympics. The 38-year-old goalkeeper has played for Sweden's U17, U19, and U23 teams, as well as for big clubs such as Chelsea, Wolfsburg, and Atletico de Madrid. 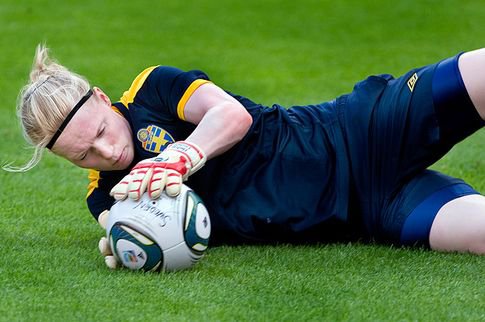 Before the match Peter Gerhardsson commented on his players' performances and the chance to finish first in the group: "You have a bigger chance now, I think it's a wonderful feeling to have. And I can't say that after the match against the USA the chances have diminished, but that's where it's going to end up somewhere we'll see. We know that now we have a bigger chance to be first in the group".
2:40 AM2 months ago

Sweden has six points won in the group, taking first place with two wins from two games. The United States comes second, tied with Australia, with three points both. New Zealand has no points and is in last place.

Sweden, meanwhile, is coming from a 4-2 defeat of Australia, with goals from Blackstenius, Rolfo, twice, and Hurtig. Australia even turned to 2-1, with two goals by Kerr.

Before that the Swedes didn't take any notice and beat the United States 3-0, with two goals from Blackstenius and one from Hurtig.

New Zealand x Sweden live face off on Tuesday (27), at Miyagi Stadium, at 5am (Brasília), in the group stage of the Olympic soccer. The clash is valid for the third round of the competition.

New Zealand arrives after being thrashed 6-1 by the United States. The goals were scored by Lavelle, Horan, Press, Morgan and two cons: Catherine Bott and Abby Erceg. Besty Hassett scored for the hosts.

My name is Victor Cunha and i'll be your host for this game. We will provide you with pre-game analysis, score updates, and news as it happens here on VAVEL live stream of New Zealand vs Sweden, in the third and final match of group stage os womens soccer on Olympics.