We hope you enjoyed this Olympic Games match that concludes the group stage of women's soccer. Stay tuned to VAVEL for more sports and to follow the quarterfinals live.
9:41 AM2 months ago

hese were the women's soccer scores in the third day of Group F:

With these results, the Netherlands advance as first of the group and Brazil as second, leaving no place for China and Zambia, who say goodbye to the competition. 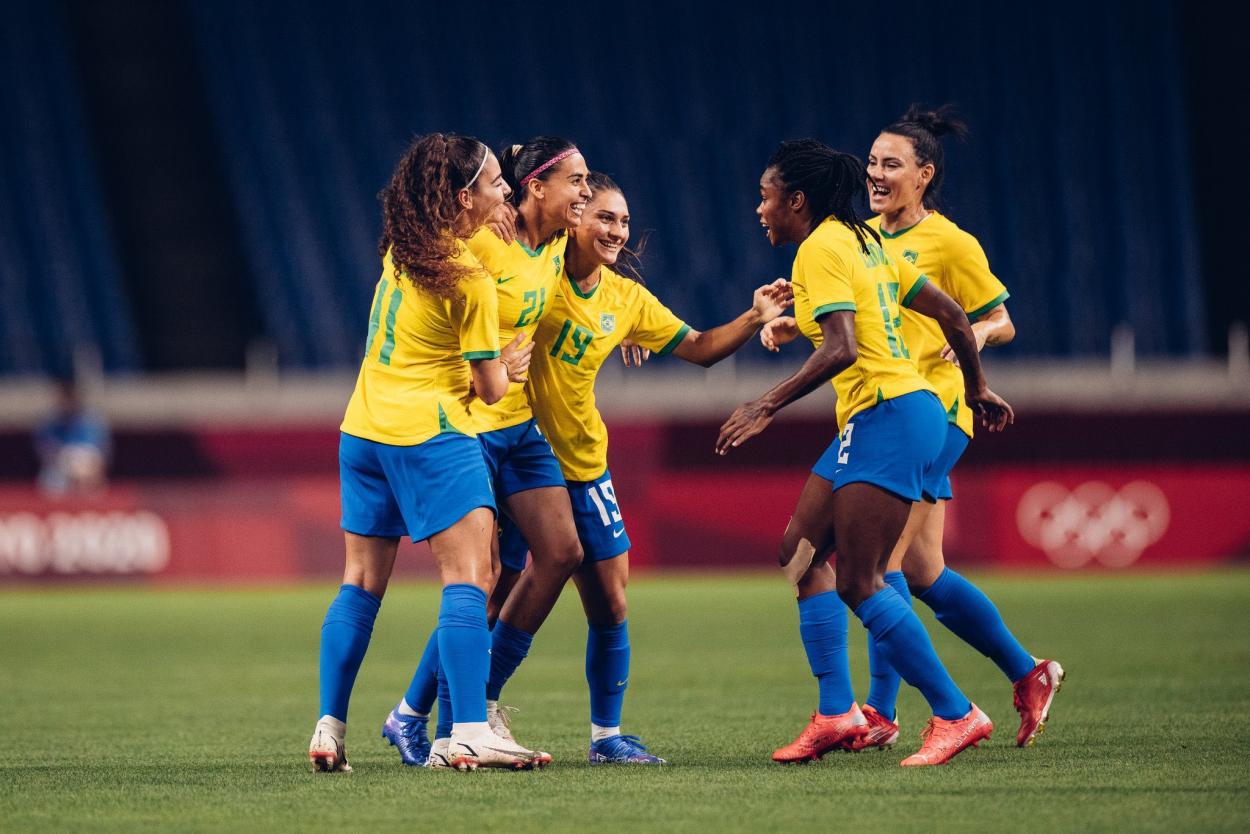 The match ends with a minimal Brazilian victory that advances as second place in Group F, due to the fact that the Netherlands has a goal difference of +14.
9:35 AM2 months ago

Geyse left the ball with her head in the area and none of her teammates could push it in.
9:33 AM2 months ago

Debinha's shot inside the box goes well over the top of the goal.
9:26 AM2 months ago

Giovana easily got into the box and tried to finish with a left-footed shot but Phiri saved her team with a great slide.
9:19 AM2 months ago

Yellow card for Angelina for a hard foul in the midfield on Barbra Banda.
9:14 AM2 months ago

Chanda's long-range shot goes just wide of the left post.
9:12 AM2 months ago

Musole made a great save to keep out the Brazilian striker.
9:06 AM2 months ago

Another injury occurs on the field, this time it is the Brazilian defender Poliana, who leaves the field on a stretcher and will be substituted.
8:57 AM2 months ago

A ball into the box that beat the poorly-positioned Musole goalkeeper, but no Brazilian player was able to find a shot.
8:30 AM2 months ago

The first half ends with a partial victory for Brazil.
8:28 AM2 months ago

Marta's corner kick is saved well by goalkeeper Musole.
8:23 AM2 months ago

Rafaelle's header from a free kick goes over the top of the Zambian goal.
8:17 AM2 months ago

14 minutes were added in this first half due to injuries and time lost due to the expulsion.
8:14 AM2 months ago

Marta's dangerous cross into the box fails to make contact with any of her teammates.
8:07 AM2 months ago

The goalkeeper Bárbara made a good save to deny Banda, who is in search of her seventh Olympic goal.
8:04 AM2 months ago

With this incredible shot Andressa Alves puts the green-and-yellow national team ahead.

A new substitution due to a clash of heads, forward Beatriz leaves the field and Giovanna Queiroz enters the field.
7:55 AM2 months ago

In the play that resulted in the sending-off, goalkeeper Zambiana suffered an injury, so coach Mwape made two changes: Musole for Nali in goal, and Phiri in defense.
7:51 AM2 months ago

Andressa Alves took the free kick on the edge of the area at the far post with power and Brazil took the lead.
7:49 AM2 months ago

After reviewing the play on the VAR, the referee awards a free kick and sends off Mweemba for a foul in the box.
7:36 AM2 months ago

Banda is left alone in the box and shoots with power but Bárbara makes an extraordinary save to save Brazil from the first goal of the match.
7:35 AM2 months ago

Leticia Santos appeared alone in the area to take the first shot of the match, but Nali reacted well.
7:31 AM2 months ago

Brazil moves the ball and the matchday 3 match in group F begins:

They will be in charge of enforcing the rules for tonight's match, which will undoubtedly be a great responsibility in their hands:

The statistics show a pair of very evenly matched teams on offense, as Brazil has eight goals scored, while Zambia has only one less.

However, the important aspect of the match will be reflected in the defensive solidity of the Brazilian team, which has allowed only three goals, while the debutants have conceded 14 goals.

The African team will be looking for a miracle to qualify and they will do so with a 4-2-3-1 formation, looking to keep their best player in the box with plenty of scoring opportunities:

This is the eleven with which Pia Sundhage will play this day, respecting a traditional 4-4-2:

Everything will be defined in a few minutes

Group F has had very close results and at the moment, Brazil is tied on 4 points with the Netherlands at the top of the table, while China is also tied with Zambia with one unit.

Both matches to be played today will serve to determine who advances, but also the position in the group.

Welcome to the minute by minute of the match Brazil vs Zambia women, corresponding to the third day of the Olympic Games Tokyo 2020, in a few moments we will bring you the lineups and all the details.

In a few moments we will present the lineups and every detail of this group stage match that will define who advances to the quarterfinals.
11:51 PM2 months ago

How and where to watch Brazil vs Zambia

The match will be broadcasted through CBS Sports for USA.

If you prefer to watch the live broadcast online, VAVEL USA is your best option.

One of the most outstanding athletes in soccer and in the Olympic Games in general, is the Zambian soccer player, Barbra Banda.

She has been in charge of scoring six of the seven goals that her national team has generated, so she will be fundamental in the next match and a player to be considered as MVP of the contest, since despite the bad path of her team, she has stood out and competed in a good way. 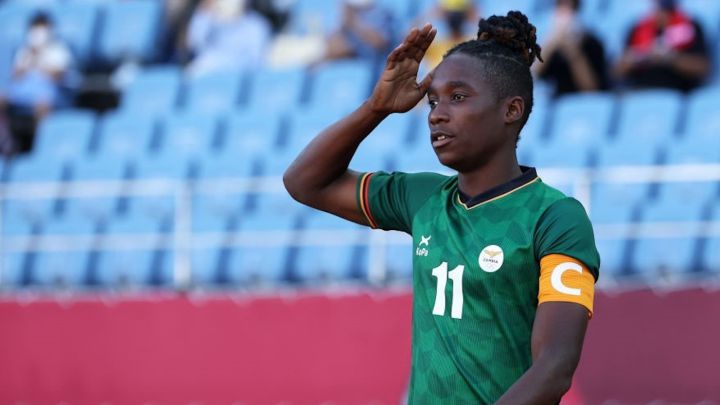 Marta Vieira has been the most outstanding player of the green-yellow squad, with three goals in her account and participating at all times when her team needs to go on the attack.

She has the attitude of a leader and a tremendous positioning at the moment of having an offensive play, it is for these reasons that to a large extent her team has a certain dependence on her.

The African team has been a bundle of emotions in their first Olympic Games in history, as they arrived very excited to be the only team representing the African continent.

However, along the way they have encountered a great disparity against a team such as the Dutch, who gave them a tremendous 10-3 thrashing.

Subsequently, they drew 4 goals with China, but if they lose or draw today they would be saying goodbye to the Olympic Games, their only hope would be a victory that seems to be far away against an experienced Brazilian team.

The difference is notable in the Brazilian national team, who arrive with a total of four points to play this last match and with a 5-0 victory over China and a 3-3 score against the Netherlands.

Today they will have to play a serious game and score as many goals as possible so that in case the Dutch win, they can have the advantage that would give them the pass as first place in group F.

The match will be played at the Saitama 2002

The Brazil vs Zambia match will be played at the stadium Saitama 2002, Midori-ku, Japan with a capacity of 63,700 people.

This stadium is home to the J1 League club Urawa Red Diamonds, and also has a long history as a World Cup stadium since it hosted four matches of the 2002 Korea-Japan World Cup.

In addition, it also hosted six matches of the 2012 U-20 Women's World Cup, which is why it is already considered a soccer historic stadium.

It is the third group stage match, with which Zambia is practically saying goodbye to its participation in its first international competition, with a total of 14 goals conceded in two matches, however, the offense also came to the fore with 7 goals.
For its part, Brazil has done the best it can and is emerging as a serious candidate to win the Olympic gold or at least be among the top three.