Thank you for following today's game at VAVEL, my name is Santiago Suárez. It has been a pleasure to be here!
12:32 PMa year ago

Both goals of today's match!

The match ends 1-1, a very even match, with many chances for both teams, the match could have ended with victory for either team but the defenses were very solid.
12:13 PMa year ago

Changes for Bilbao and Liverpool

Conceded by Petxerroman, Trent takes it and Villalibre clears it!
12:07 PMa year ago

Min 74: What a shot by Elliott

He gets a great ball goes one vs one against a defender, curls a ball and it hits the crosbar!!!
12:00 PMa year ago

Inaki Williams puts a great ball across to Sancet who puts it to Berenguer and he just taps it in!
11:34 AMa year ago

Owen Beck comes in Andy Robertson is out
11:33 AMa year ago

And the second half begins!!

Liverpool and Bilbao finished this first half evenly, Liverpool had the ball almost all 45 minutes and had many chances, but Bilbao did not give up; and he also had chances, Aguirrezabala had a lot of action in this game, but he conceded a goal thanks to a shot from Diogo Jota!
11:17 AMa year ago

The Liverpool left back can continue, he injured his hip!
11:08 AMa year ago

a ball High ball is put to to Iñaki Williams, who lowers it, and hits it very well but Alisson saves it, followed by a Van Dijk clearance !!
11:07 AMa year ago

Trent puts a great ball to Salah, who curls it, and Aguirrezabala sends it to a corner, taken low by Trent and it ends in nothing!!
11:05 AMa year ago

Trent sends it in, Van Dijk headers it but it goes just wide!!
11:01 AMa year ago

Sancet shoots outside the box, it's blocked by Van Dijk and Alisson grabs it calmly!
10:57 AMa year ago

Salah puts a great ball to Elliott who curls it but it goes just wide!!
10:54 AMa year ago

He puts a great ball in to Inaki Williams who rounds the keeper, but Allison saves it afterwards!!
10:50 AMa year ago

Min 17: foul outside of the box for Liverpool

Direct free kick for Liverpool, Trent takes it, but it ends in nothing
10:46 AMa year ago

Min 11: what a save from Aguirrezabala!!

A beautifull ball from Elliott to Salah, who chips it, but he saves it!!
10:43 AMa year ago

Williams runs towards the goal, passes it to Muniain who puts it wide!!
10:33 AMa year ago

Some players posing at Anfield

Athletic Bilbao come to this match with a Big injury

The Three Lions are going to have to play another match without a star player, and it is Yuri Berchiche, will it be a big loss for Bilbao not having Berchiche?
9:21 AMa year ago

Can Bilbao win against another big team?

Two games ago Bilbao beat Dortmund 0-2, and now they have to face Liverpool of Jürgen Klopp, a big team, can they beat them?
9:16 AMa year ago

Can Liverpool win their 3rd match in a row?

Liverpool come against Athletic Bilbao with a 1-0 win against Bologna , and before that they won against Bologna as well 2-0, can they make it three wins in a row by beating Bilbao?
9:11 AMa year ago

Do not miss a detail of the match with the live updates and commentaries of VAVEL.
9:06 AMa year ago

He's always been one of the best players for Liverpool and he's been the top scorer for Liverpool in pre-season, he has scored 3 times in the 7 games, can he deliver and score against Athletic Bilbao?
9:01 AMa year ago

The Spanish striker has always been on good form, in these friendlies he's scored once, but he always is on good form playing for Bilbao, and if he starts, he can do damage to Liverpool.
8:56 AMa year ago

When and where to watch Liverpool vs Athletic Bilbao

The match wil be broadcast in LFC TV GO, or you can watch it live and online in VAVEL.
8:41 AMa year ago

Different times to watch the match

These are the different hours where you can watch the match.

¡Athletic Bilbao are in a decent-ish form!

Marcelino Garcia's team have played 5 friendlies, they have lost 3 matches and won two; They lost against ST Gallen,and Union Berlin, and they have won against Dynamo Kyiv and Dortmund. Can they win on Sunday against Jürgen Klopp's team?
8:31 AMa year ago

¡Liverpool have a good win ratio!

Liverpool have played two club friendlies in a space of a couple of days, and they have won against Mainz 05 1-0 lost  against Hertha Berlin 4-3, they won twice against Bologna they drew against Stuttgart and against Wacker Innsbruck Can they beat Bilbao on Sunday?
8:26 AMa year ago

The Anfield Stadium located in Merseyside, England will be the stadium that will house the match between Liverpool and Athletic Bilbao, corresponding to a matchday of International friendlies. This stadium has space for 53,394 people.
8:21 AMa year ago

¡Good evening to all VAVEL readers!

Welcome to the transmission of Liverpool  vs Athletic Bilbao match corresponding to club friendlies. The venue of the match will be at the Anfield stadium at 10:00 am (CDMX) 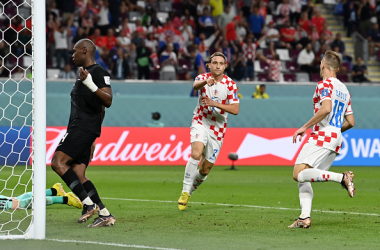 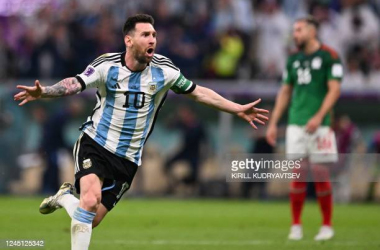