Goal of the game

Thank you for following the UEFA Champions League third qualifying round match between Slavia Prague and Ferencváros.
2:56 PMa month ago

Despite having more time in possession, Slavia Prague could not manage the turnaround and lost 2-1 on aggregate to a Ferencvaros team that is still alive on the road to the Champions League.
2:55 PMa month ago

Five more minutes will be added.
2:48 PMa month ago

Plavsic's shot is deflected, but hits the top of the net.
2:47 PMa month ago

Ibrahim Traoré is cautioned by Slavia Praha.
2:44 PMa month ago

Eidar Civic is sent off, leaving Ferencvaros a man down.
2:35 PMa month ago

Stanciu strikes the ball from outside the box and it goes close to scoring the second goal.
2:27 PMa month ago

Now the shot is from Sima, who wins the rebound and takes the shot to the goalkeeper's position, but the home team is on the attack to get the equalizer.
2:21 PMa month ago

Hales' header goes over the top of the goal.
2:21 PMa month ago

They claimed a penalty on Tecl, but the referee indicated that there was nothing.
2:20 PMa month ago

Schranz's free kick goes over the goal.
2:13 PMa month ago

A penalty was called for inside the area, but the referee only indicated a corner kick.
2:09 PMa month ago

Tecl with a first-time shot inside the box that is saved by the defense.
2:07 PMa month ago

The second half begins at Eden Stadium.
1:49 PMa month ago

Dorley with the service passed to the far post that goes long.
1:47 PMa month ago

Masopust finishes off the delayed diagonal inside the six-yard box to open the scoring in the second leg and make the aggregate score 1-2.

Scharanz with the cutback and takes the shot that is deflected by the defense, although in the claim he asks for a handball that the referee does not point out.
1:28 PMa month ago

Stanciu with the direct free kick that passes close to the goal after being able to overcome the barrier.
1:28 PMa month ago

Scharanz is fouled just outside the area and Slavia are awarded a free kick.
1:22 PMa month ago

Nguen broke away at speed and sent the shot wide of the goal, thus missing the first danger for the visitors.
1:18 PMa month ago

Sima enters and Olayinka comes off in a forced substitution for Slavia Prague.
1:16 PMa month ago

Botka with the service attempt that controls the defense without further trouble.
1:10 PMa month ago

Masopust's shot from half distance goes over the goal.
1:05 PMa month ago

The first few minutes were dominated by the hosts, but they did not cause any danger.
1:01 PMa month ago

The match between Slavia Praha and Ferencvaros kicks off.
12:52 PMa month ago

We are minutes away from the start of the second leg between Slavia Prague and Ferencvaros.
12:50 PMa month ago

How are Ferencvaros doing in the local league?

Ferencvaros and the Hungarian league are also already underway, although the team has only played one match and has another pending, but in the only match played they lost 2-1 to Varda.
12:45 PMa month ago

How are Slavia Praha doing in the local league?

The Czech league has been underway for a few weeks now and this weekend the fourth matchday will be played where Slavia Praha remains undefeated with two victories, highlighting that one of their games is pending.
12:40 PMa month ago

Amazed by what he saw

Slavia Prague coach Trpisovsky said he was excited by what he saw from their fans during the first match in Hungary.

"There was an incredible atmosphere here, I've probably never experienced that before in the European cups," coach Jindřich Trpišovský said about the fans in Budapest.

The Eden Stadium is in impeccable condition to host one of the first second legs of the penultimate qualifying round of the UEFA Champions League. 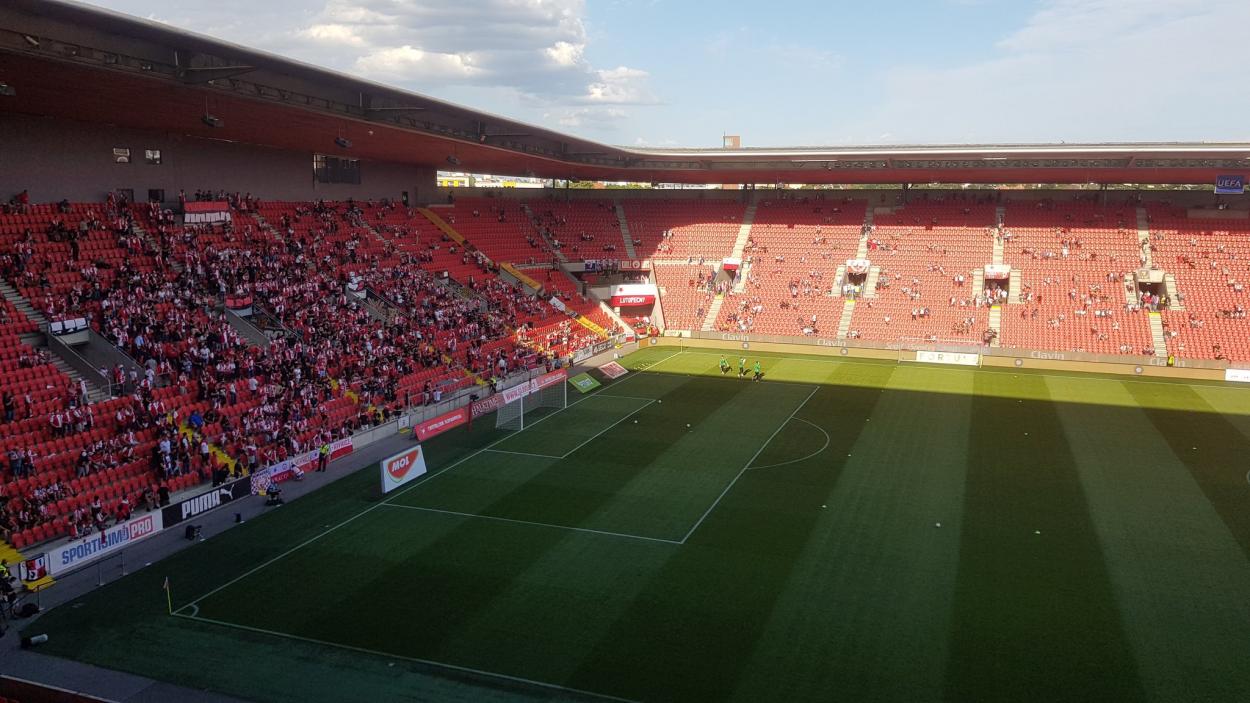 This was Slavia Prague's arrival for the crucial second leg against Ferencvaros. 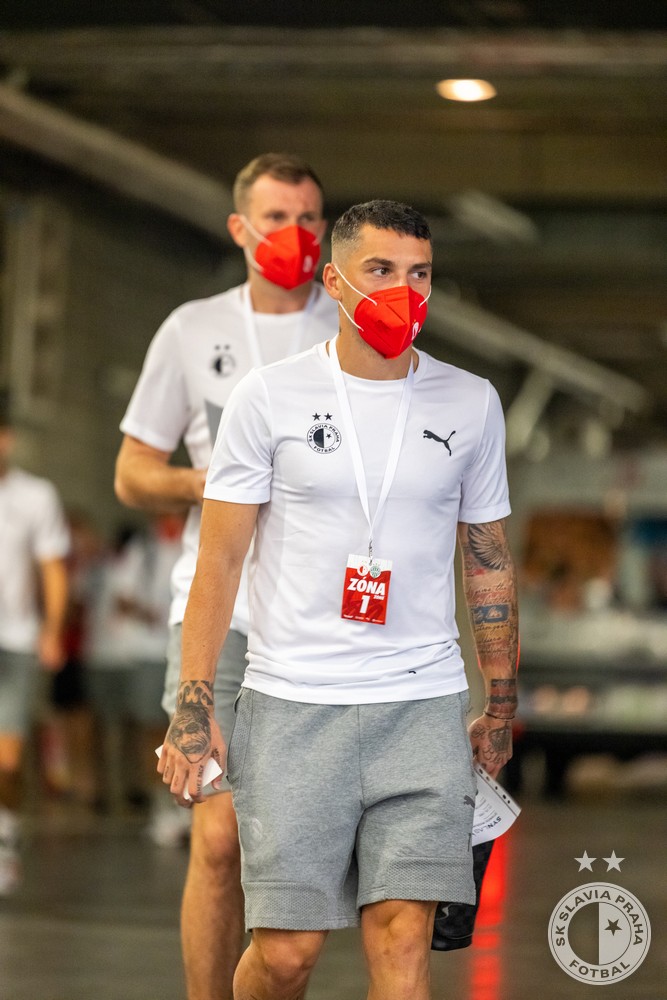 Today everything is defined

Today all the matches are decided to decide the last round of the Champions League before the group stage, as tomorrow the focus will be on the Super Cup when Chelsea take on Villarreal.
12:10 PMa month ago

If the home team, Prague, wants to stay alive, it will have to win by at least two goals to send the tie to extra time, otherwise it will be eliminated.
12:05 PMa month ago

The second leg is played in the Czech Republic, where Slavia Prague will try to turn the tie around against Hungarian side Ferencvaros. We start with the coverage.
12:00 PMa month ago

Do not miss a detail of the match with the live updates and commentaries of VAVEL. Follow along with us all the details, commentaries, analysis and lineups for this Slavia Praha vs Ferencvaros match in Qualifying Round UEFA Champions League.
11:55 AMa month ago

What time is Slavia Praha vs Ferencvaros match for UEFA Champions League?

This is the start time of the game Slavia Praha vs Ferencvaros of 8th August in several countries:

Ferencváros managed to take the lead in the first 90 minutes by beating Slavia Praha 2-0; the scorers were an own goal by Taras Kacharaba in the 44th minute and, in the second half in the 50th minute, midfielder Ígor Jaratin added to the lead from the penalty spot.
11:45 AMa month ago

Ukrainian Ígor Jaratin has become a key player for the balance in the Hungarian team's midfield, remembering that in the first leg he contributed with one of the goals.
11:40 AMa month ago

The 24-year-old Czech, Jan Kuchta, will have to shoulder the responsibility of scoring the goals in the second leg to give his team hope of advancing or sending the tie to extra time. 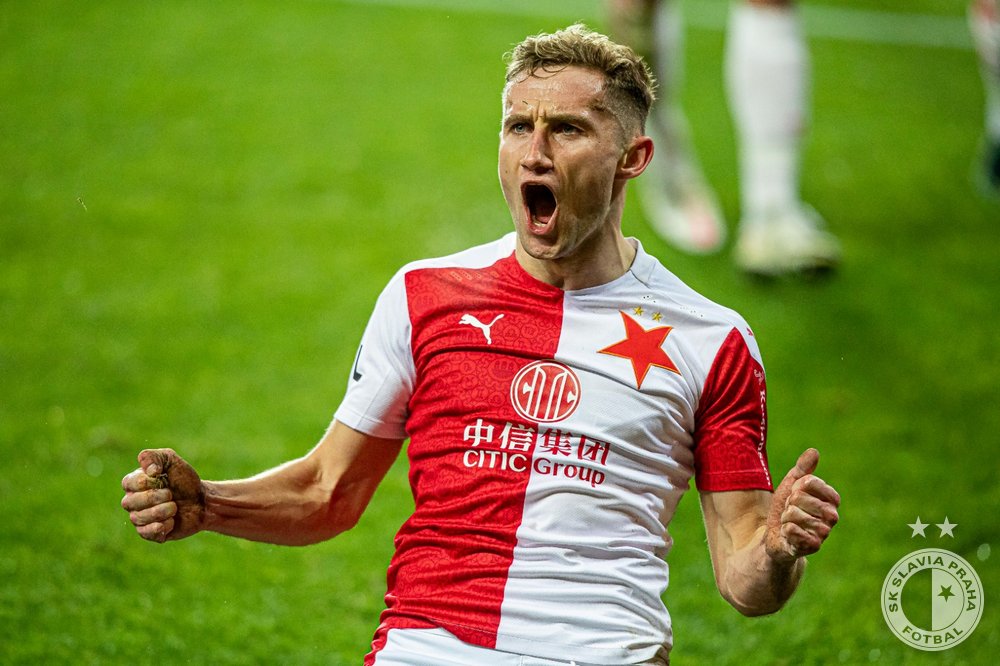 Advancing to the next round

This is the penultimate round to advance to the group stage of the UEFA Champions League, where Ferencváros has a two-goal advantage and to stay alive will have to win, draw or even lose by a goal difference; Slavia Prague will have to win by two goals to extend the game to at least the overtime round (considering that away goals are no longer valid).
11:20 AMa month ago

The Slavia Praha vs Ferencvaros match will be played at the Eden Stadium, in Praha, Czech Republic. The kick-off is scheduled at 1 pm ET.
11:15 AMa month ago

Chicago House AC vs Michigan Stars FC preview: How to watch, kick-off time, predicted lineups, and ones to watch 2 hours ago