We hope you enjoyed the Leicester City vs Wolves matchday one of the Premier League. Keep visiting the VAVEL website to stay up to date with all the information throughout the day.
12:02 PMa month ago

Triumph for the Foxes!

The Foxes managed to beat Wolverhampton by the minimum difference at the King Power Stadium.

In the first half, both teams proposed and had clear chances, however, it was not until English striker Jamie Vardy opened the scoreboard in favor of the home team.

Wolves could do little in the second half against a defensive saga that kept a clean sheet in their own half.

Leicester City beat Wolves by the minimum difference and get their first three points of the season.

Adama Traore tried to score the equalizer, but his shot was not powerful enough.
11:38 AMa month ago

Last 10 minutes of the match! We reached the final part of the match, Leicester still with the lead on the scoreboard.
11:32 AMa month ago

The match was not as intense, but it was the Leicester City team who kept the lead in the match.
11:27 AMa month ago

Once again, Vardy attacked dangerously in a counterattack by the home team, but Coady was very attentive and managed to neutralize him.
11:19 AMa month ago

Wolves begin to adopt a more attacking formation in search of an equalizer
11:05 AMa month ago

The second half of Leicester vs Wolves kicks off!
10:56 AMa month ago

He is already in the Top20 of all-time top scorers in the English league.

He has been scoring for 8 Premier League seasons in a row.

To reach the Top15 he needs to score only 9 more goals. 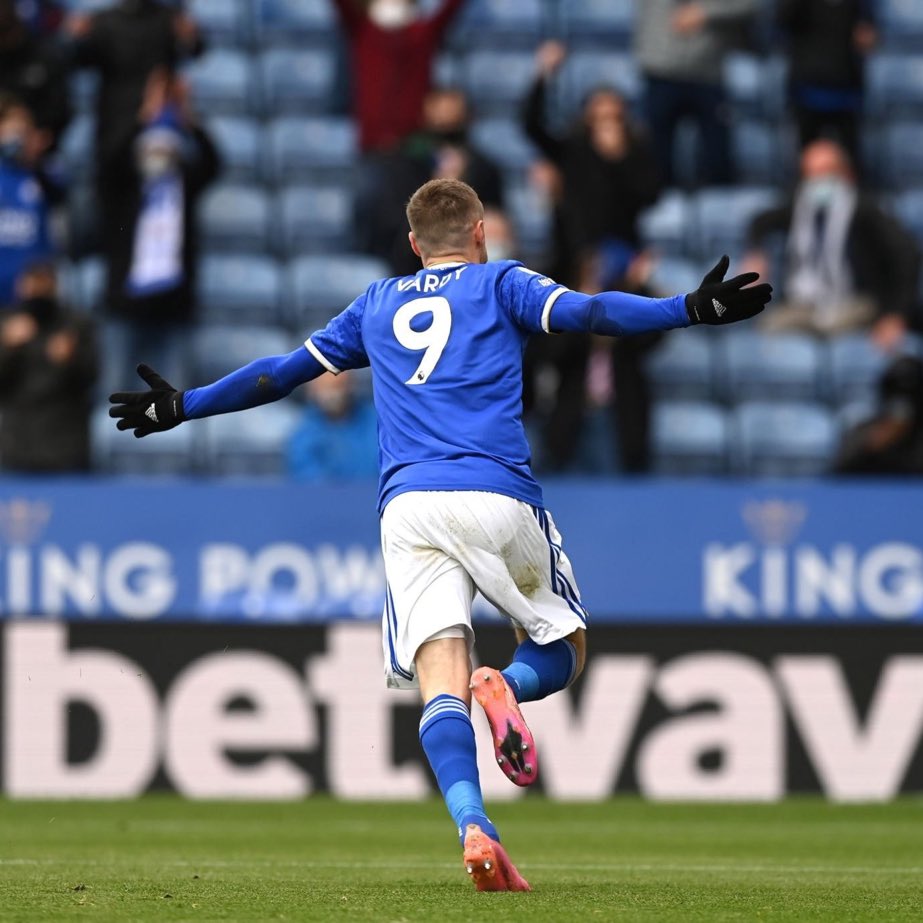 The first half ends at the King Power Stadium! Vardy scores in the 41st minute to give the Foxes a 1-0 half-time lead.

THE ONE THAT TRAORE MISSED! Adama Traore was spectacularly assisted by Rubén Neves, however, the Spaniard scored incorrectly in front of the goalkeeper and sent the ball just wide of the post.
10:37 AMa month ago

Vardy let go the first of the game, on a through ball from Madisson, Vardy tried to pump the ball over the goalkeeper but failed to contact the ball correctly.
10:28 AMa month ago

Vardy's powerful but well-placed left-footed shot down the middle ends up in the goalkeeper's hands.
10:25 AMa month ago

WOLVERHAMPTON WERE SAVED! In a great play by Vardy on the left flank, he put in a dangerous cross that ended in a shot by Barnes, but Coady saved it on the line.
10:23 AMa month ago

A counter-attack led by Adama, who runs at speed and takes a shot from the edge of the area, but it is blocked.
10:17 AMa month ago

Goal disallowed! Leicester City striker Vardy scored but it was disallowed for offside.
10:16 AMa month ago

The postcard of the day!

The beautiful postcards of the sport, the start of the season with the company of the respectable public, the Premier League is back! 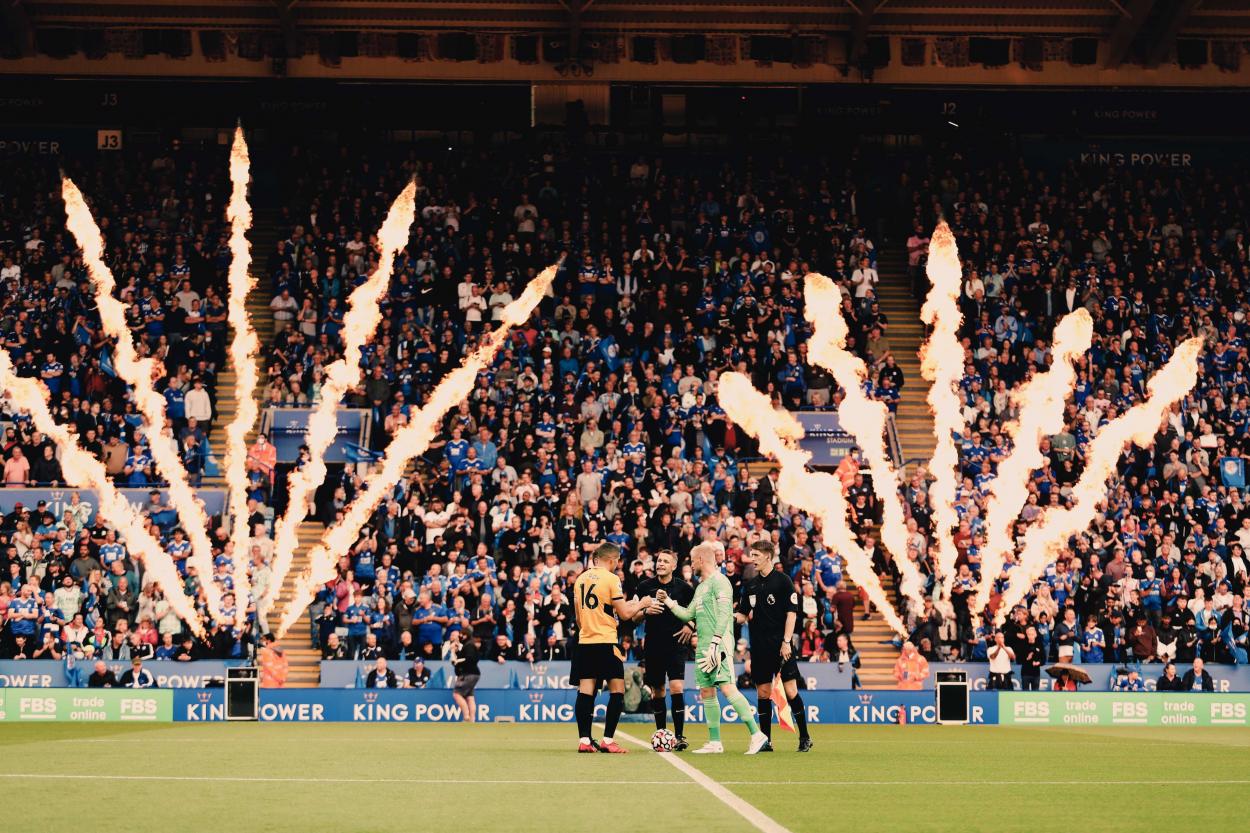 Leicester City begin to apply high pressure in their opponents' half in the opening minutes of the match, while Wolverhampton keep possession in their own half.
10:01 AMa month ago

Start of the match!

The match is underway! The ball is rolling on the King Power Stadium pitch between Leicester City and Wolverhampton.
9:53 AMa month ago

We'll be up and running in minutes!

In a few moments we will start broadcasting the match: Leicester City vs Wolverhampton, match of the Premier League Joranda 1 2021-22.
9:52 AMa month ago

Raúl is warming up!

The Tepeji del Rio native is already warming up with his teammates, after overcoming a tough injury that kept him away from the field, the Mexican will return to play a game in a pack.

The Foxes take to the field to begin their warm-up and prepare their engines for their debut in the 21-22 season of the English Premier League.

Wolves were one of the Premier League's most promising teams until last year, when they had a run of injuries coupled with redundant tactics from manager Nuno Espirito Santo.

But with a new coach at the helm and the return of stars like Raul Jimenez, Wolves could be back to their best this season. Their inability to break Leicester's backline in previous meetings has resulted in a very small margin of defeat and fewer than 2.5 goals seen in 7 of their last 8 matches.

The Wolverhampton squad is already on the pitch at the King Power Stadium to reconnoiter the pitch.

Arriving at the King Power!

From Leicester to the whole world!

Leicester City's first match is about to kick off and these are the schedules around the world so you won't miss the Foxes' return to the King Power Stadium.

Where will you be watching today's game from? 🗺#LeiWol pic.twitter.com/mvjhZnN08l

After the beginning of the pandemic, soccer fans stayed away from sports venues for more than a year and a half, leaving the most important color out of the games. Half of the 19-20 season was played without people in the seats and the 20-21 season was played without a soul in the stadiums, today they can finally return to the place where life changes color and the smile returns to the face.
9:15 AMa month ago

The lineup for the eleven Foxes to take the field at the King Power Stadium is ready.

Our XI for #LeiWol has been confirmed! 🔵

Raúl Jiménez in the starting line-up!

Wolves unveil their starting eleven and Rául Jiménez is back in the Premier League starting XI. The Mexican wolf is back!

The wolves are in the stadium!

The Wolverhampton squad has arrived at the King Power Stadium for their first match of the campaign against the Foxes. Will we see the "Mexican Lobo" Raúl Jiménez in action?

For the second time in three seasons, we tackle the Molineux outfit on Day 1️⃣... pic.twitter.com/fL25JZZmdw

The wait is finally over, the Premier League is back in the world, and after an atypical season, fans will be able to return to fill the sporting venues to give the missing touch of excitement to the games.

The Premier League is finally back - and so are the Blue Army! 💙

Whether you're joining us here, or following from home, we've got full build-up on LCFC Radio 👊 pic.twitter.com/6rGXO1yIyZ

Do not miss a detail of the match with the live updates and commentaries of VAVEL. Follow along with us all the details, commentaries, analysis and lineups for this Leicester City vs Wolverhampton match.
4:30 PMa month ago

What time is Leicester City vs Wolves match for Premier League?

This is the start time of the game Leicester City vs Wolves of 14th August in several countries: Argentina: 11:00 AM

From Mexico to the world, Raúl Jiménez is back with Wolverhampton after his head clash with David Louis that sidelined him for most of last season. Since his arrival at Wolves in 2019, the Mexican has become an idol of all and sundry by scoring 48 times and assisting 18 times and totaling 110 appearances in the starting lineup. The so-called Mexican wolf had outstanding performances in the preseason where he even scored goals and little by little he has been regaining his optimum level with which he was once seen, so in this season he could start to sparkle as he did in his arrival at the club.

City's standard bearer and the team's star scorer, Jamie Vardy will be the one the Wolves' defense will have to watch out for. The 34-year-old center forward has already come a long way in the best league in the world, he has won almost everything with Leicester and has managed to establish himself as one of the idols of the fans, since his debut he has played 393 games as a starter, has broken the net 181 times and has assisted on 78 occasions. With more than 30,000 minutes played, the Sheffield born will be one of the players who could tip the balance in favor of the Foxes at any minute. 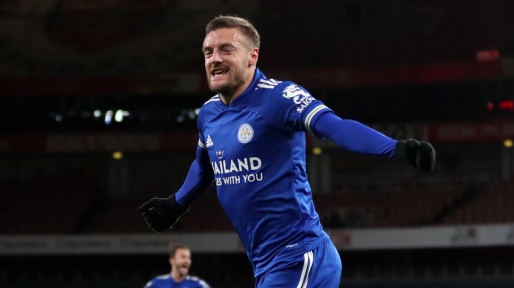 Wolves and Foxes have faced each other a total of eight times (2 wins for Leicester City, 2 wins for Wolverhampton and 4 draws) in the history, curiously both teams have only managed to win at home, they have never managed to leave the rival field with the three points. The last time these teams met face to face was on February 7 of this year at the Molineux Stadium where they shared points by a score of 0-0. 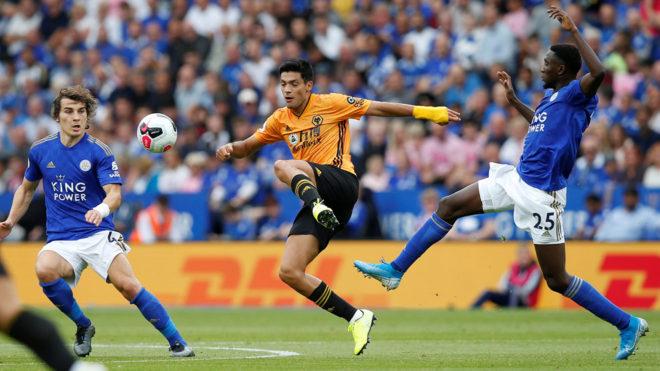 For this match, Craig Pawson will be the center referee, accompanied by Ian Hussin and Scott Ledger as assistants 1 and 2 respectively, and Michael Salisbury will be the fourth official. In the VAR, referees Michael Oliver and Dan Cook will be in charge of monitoring any doubtful play inside the area or that deserves a red card.
3:55 PMa month ago

The Wolverhampton Wanderers squad will seek to dazzle again in the top English football circuit, as happened in the 2019-20 season where they remained in the top places of the Premier League and even fought in the last rounds for a place to participate in the Champions League. Now, after a regular season, they will seek to resume the high performance they had and show that in a pack the wolves are much stronger with the return of their top star to the ranks: "the Mexican wolf" Raúl Jiménez, with whom they will try to put a stop to the current FA Cup winner.

To repeat the feats

Leicester City has shown since their great campaign in the 2015-16 season that they can continue to be talked about in England as they have gradually continued to grow despite the important casualties that have arisen over time, proof of this was achieved last season when they were crowned by the minimum difference against Chelsea as the current champions of the FA Cup and what they achieved a few days ago when they beat Manchester City in the duel for the Community Shield at Wembley Stadium. This season they could give several surprises due to the high level shown a few days ago in their respective preseason, so we will have to keep an eye on the Foxes.

Ricardo Pereira spoke with LCFC TV ahead of #LeiWol on how special it will be for the players to have the fans back at King Power Stadium 👏 pic.twitter.com/vsOgbZ1oTS

The journey to the championship begins

After overcoming an atypical season in which the public was missing in the sports venues, the ball will roll again in the English courts that will have full seats for the start of the 2021-22 season and the King Power Stadium will be no exception as the current FA Cup and Community Shield champions expect a great reception from their fans and start with the right foot the journey towards the championship, however, the wolves have proven to be authentic beasts against big teams and will seek to spoil the party for the foxes.

The Blue Army can catch live and free coverage of the Foxes' Premier League opener, #LeiWol, tomorrow on https://t.co/bGvI1ZbpKx 📺 📻

The Leicester City vs Wolves match will be played at The King Power Stadium, in Leicester, England. The kick-off is scheduled at 9:00 am ET.
3:35 PMa month ago

Welcome to VAVEL.com’s LIVE coverage of the 2021 Premier League: Leicester City vs Wolves!

Chicago House AC vs Michigan Stars FC preview: How to watch, kick-off time, predicted lineups, and ones to watch 12 hours ago