WAS30
END3 hours ago

Manchester United's goal in the derby of the roses.

Leeds try to generate danger, but in their desperation they send the balls over the top of the goal.
9:07 AMa month ago

Leeds United substitution In Roberts, Out Bamford
9:07 AMa month ago

Manchester United change
In comes Martial and Sancho, out comes Pogba and James.
9:05 AMa month ago

Manchester United goal! It was the fifth of the match for the home side, Fred left-footed inside the box into the center of the goal.
8:54 AMa month ago

Manchester United goal! It's already a goal, Fernandes scores his third goal of the game on a shot from the right.
8:47 AMa month ago

Manchester United goal! Fernandes makes his brace with a left footed shot from the right side of the box to the center of the goal.
8:42 AMa month ago

Manchester United goal! Greenwood puts the second on the scoreboard for the home side.
8:38 AMa month ago

Leeds goal! Ayling right footed shot from outside the box to the top left corner.
8:33 AMa month ago

Manchester with a slight lead at halftime. For the second half will look to be more accurate to extend the score.
8:28 AMa month ago

Leeds is being saved from the second of the match.
8:23 AMa month ago

This is how Bruno Fernandes scored.

They knock and knock on the door. Manchester United close to the second goal of the match.
8:13 AMa month ago

Pogba fouled in the defensive zone
8:03 AMa month ago

Klinch right footed shot from outside the box is saved in the right side of the goal.
7:58 AMa month ago

Pogba tried it but the ball goes very close to the post and misses the surprise.
7:53 AMa month ago

Twice in a row the Manchester side was caught offside inside the pitch, the Devil's dominance exceeding 50 percent.
7:48 AMa month ago

In the first few minutes it was the locals who managed the ball and approached the local goal.
7:43 AMa month ago

The Premier League takes action in the derby of the roses.

Manchester United is delighted to announce the signing of Raphael Varane, keeping him at the club until June 2025.

Varane, 28, is one of the most decorated players in world football and has amassed over 19 trophies in his career so far, including four Champions Leagues, three Spanish titles and the 2018 World Cup.

This is how they show off the view they will have of the duel!

Quite a special match

The theater of dreams will be packed after months of pandemic due to Covid-19, which remained at a reduced capacity. Those in attendance will have to participate in a special minute of silence in tribute to all the former players, family and friends who lost their lives recently. 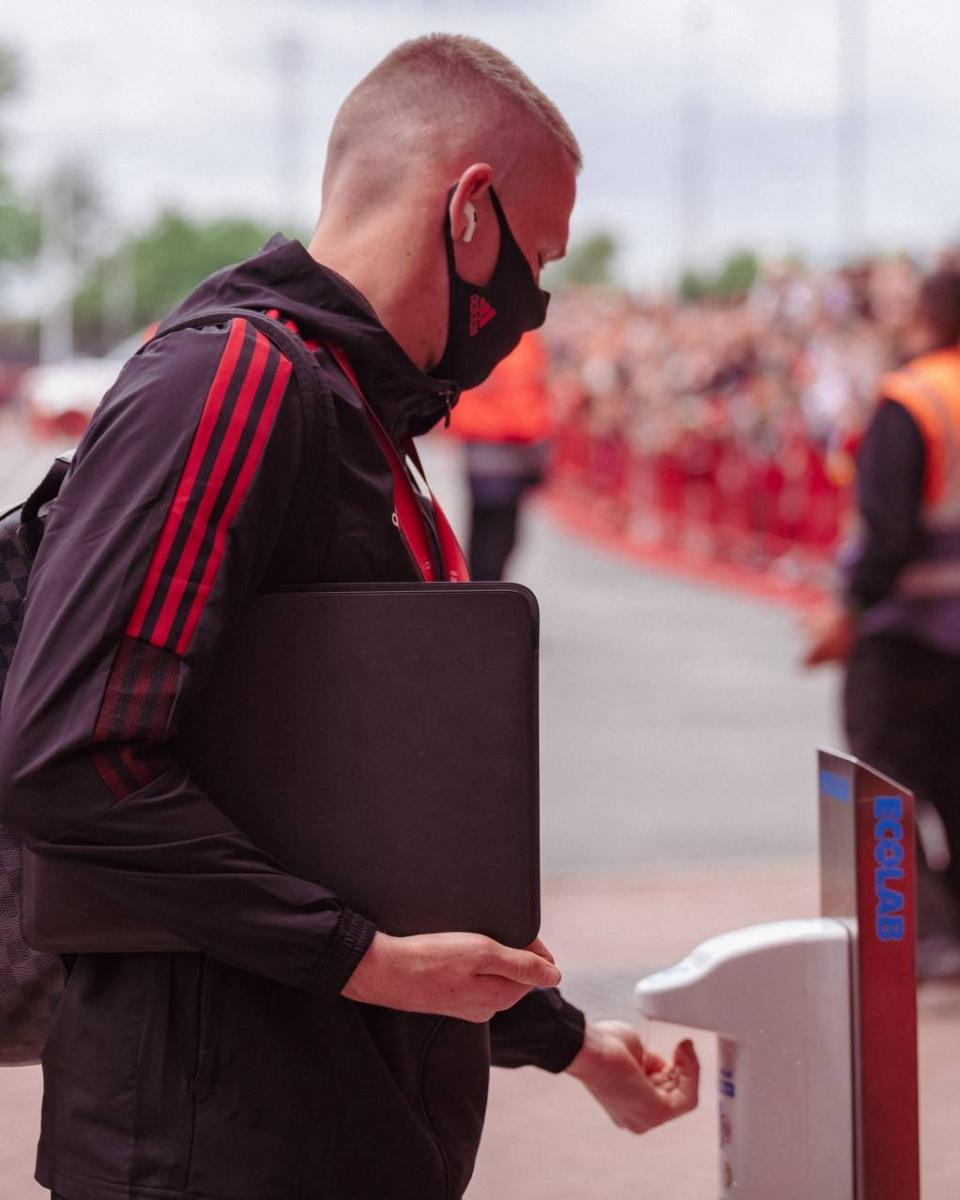 On the Leeds United side, Spanish center back Diego Llorente is doubtful for the match, Junior Firpo although he did travel is more likely to come on in the second half and young midfielder Jamie Shackleton may not see action. Marcelo Bielsa expects to start without any surprises.

Will be absent for Manchester United

Ole Gunnar Solskjaer, will be without flamboyant striker Marcus Rashford and Brazilian left-back Alex Telles as both are under observation for injury.  Jesse Lingard has tested positive for COVID-19 and will not be available, while goalkeeper Dean Henderson, center-back Eric Bailly and Amad Diallo are also doubts for the so-called derby of roses.

Edinson Cavani will not take part either, having accepted Copa America leave following his performances.

In 109 meetings between the two teams, Manchester United has a comfortable advantage. They have won 47 games, lost 26 and drawn 36.
6:53 AMa month ago

The last time they met was on April 25 of this year and both teams played a scoreless draw.
6:48 AMa month ago

Do not miss a detail of the match with the live updates and commentaries of VAVEL. Follow along with us all the details, commentaries, analysis and lineups for this Manchester United vs Leeds United match.
6:43 AMa month ago

What time is Manchester United vs Leeds United match for Premier League?

This is the start time of the game  Manchester United vs Leeds United of 14th August in several countries:

David De Gea is the voice of experience among Manchester United's youth, his commitment on the pitch and in goal makes him not only one of the men to watch in the game but also in the season. 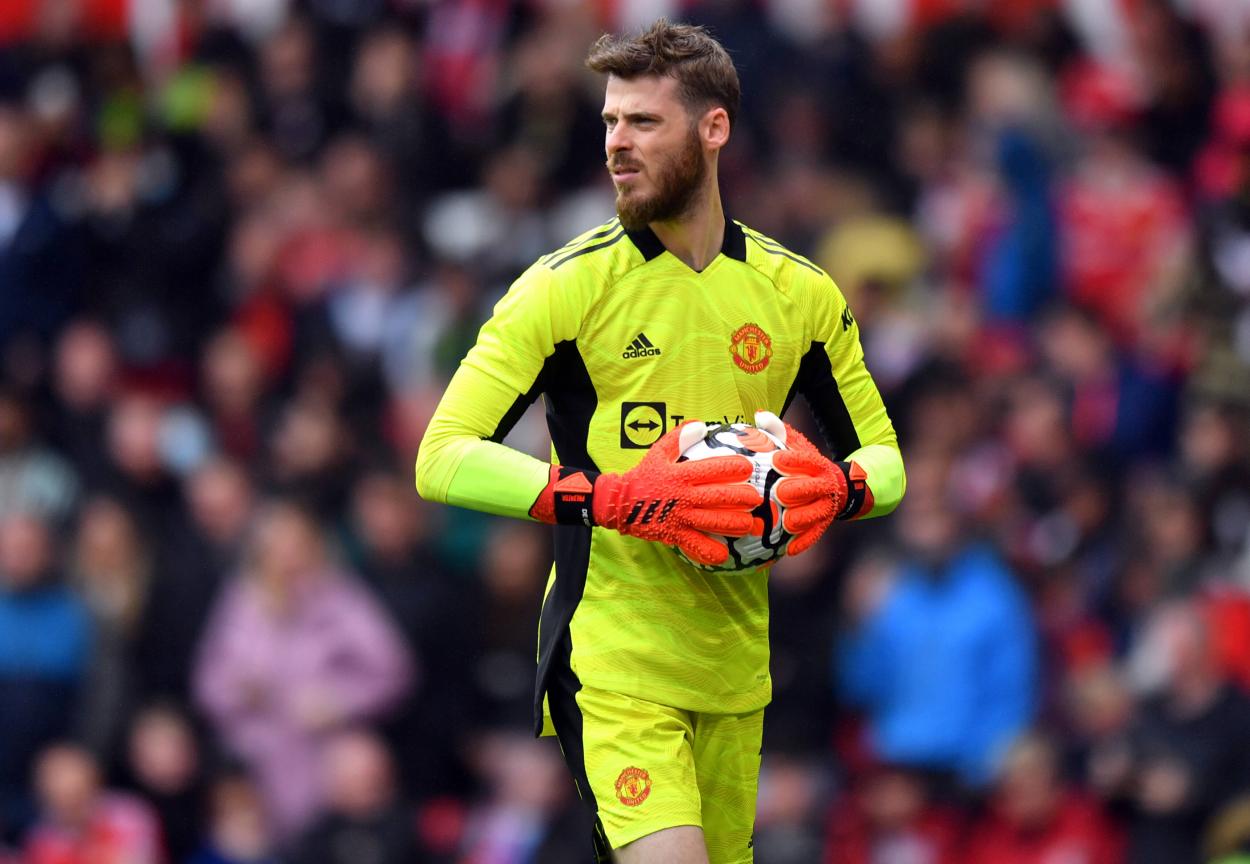 Illan Meslier, is a French footballer who plays goalkeeper for Leeds United F. C. Under his hands will be that the visitors can start with good balance and stop the attack that will come out tomorrow devilish local. 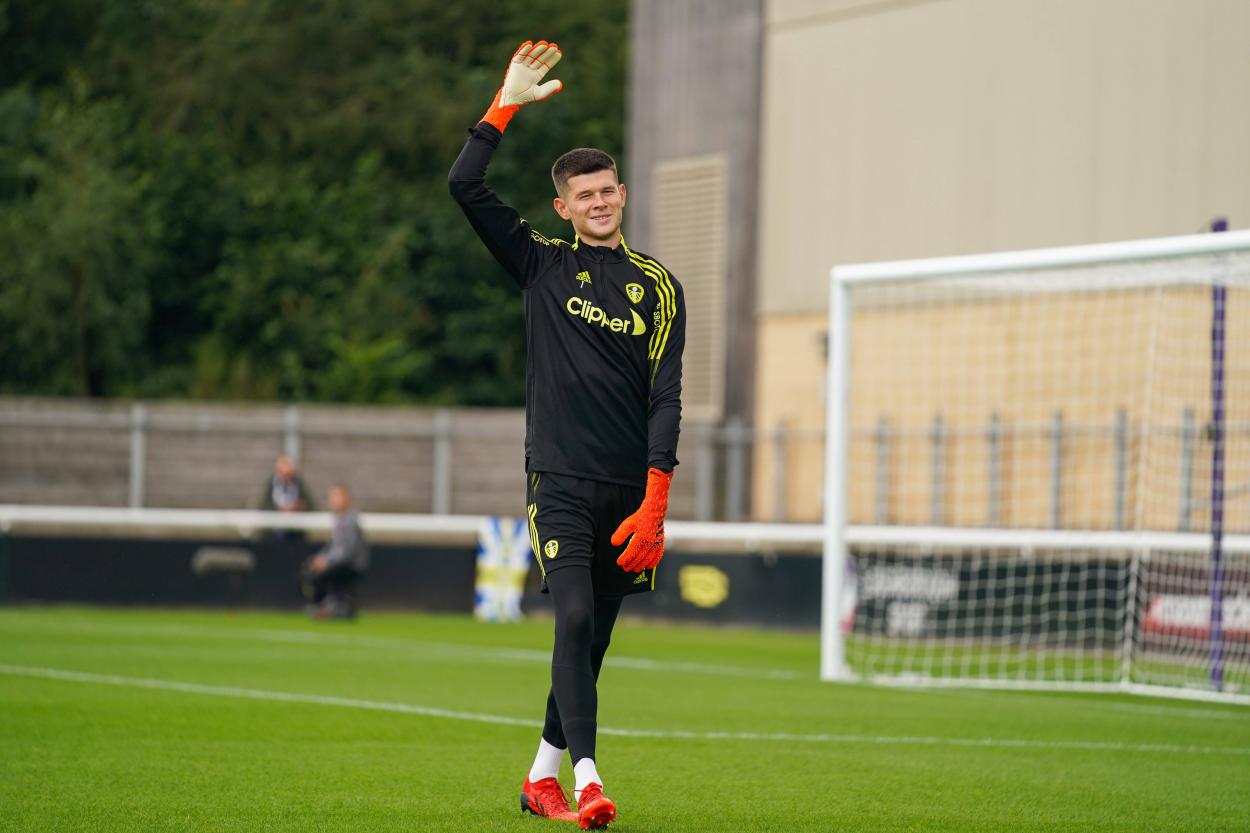 Manchester United: Championship the only goal

For the devils it is the perfect opportunity to put the goose on the road to the top of the general and what better than against an opponent they know perfectly. During the friendlies the Reds showed great offensive power on the pitch and the time has come to show it. 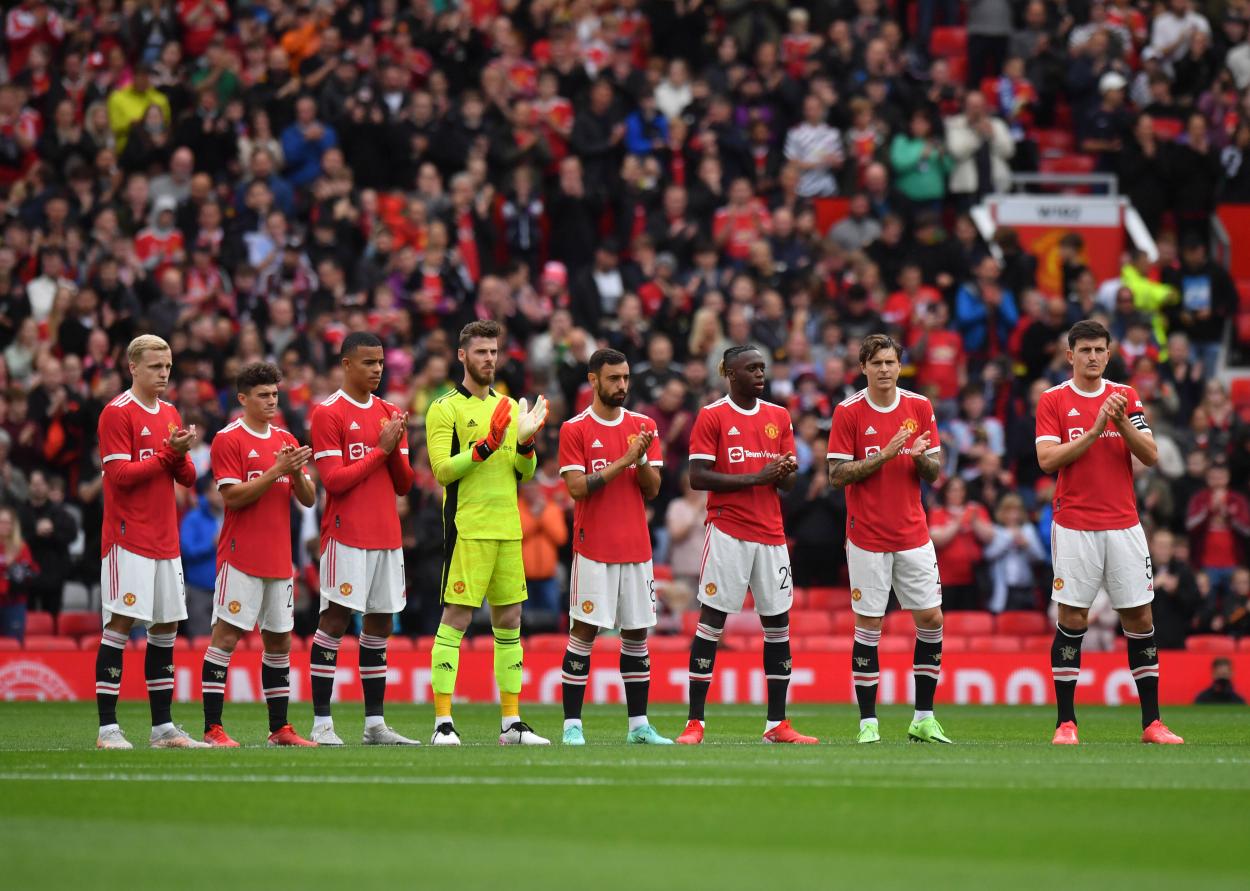 During the preseason the green team played a total of 6 friendly matches in which they accumulated 2 draws, two defeats and two victories. Last season, a run of four wins in the last four matches brought them close to the Europa League, a competition they will have to aim for this season. 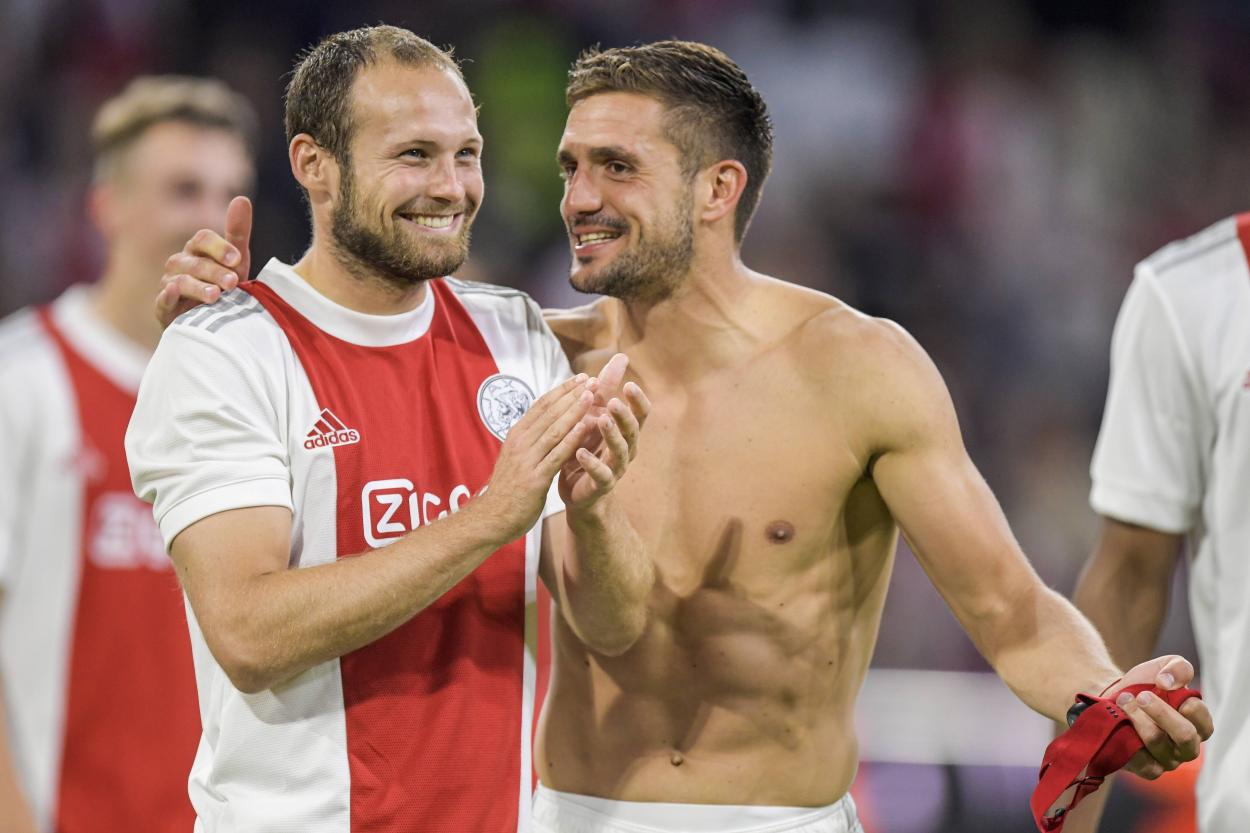 The Manchester United vs Leeds United match will be played at the Old Trafford Stadium. The kick-off is scheduled at 6:30 am ET.