We hope you enjoyed the Tottenham vs Manchester City matchday one of the Premier League. Keep visiting the VAVEL website to stay up to date with all the information throughout the day.
1:24 PMa month ago

They dented the champion's crown!

The Spurs squad managed to debut this season with a victory at home and in front of their fans against the current English champions.

At the beginning, the match started very evenly, with several arrivals from both sides but the ball refused to enter the goal thanks to the great performances of the goalkeepers.

It took until the second half for Heung Ming Son to get a powerful left-footed shot off his left foot and beat Ederson to score the first and only goal of the afternoon. In the end, despite City's attempts, it was not enough for them to respond on the scoreboard.

Full-time in north London!! What a performance!!! 🤩

Tottenham beat Manchester City by the minimum difference and get their first three points of the season.

Change! Tanganga goes out and Doherty comes in.
1:07 PMa month ago

Tottenham came close to a second! On a breakaway by Spurs, Berwing's shot just missed the left post and was left with a muffed goal.
12:47 PMa month ago

In a sensational breakaway, Heung Ming Son opened the scoring with a shot that hit the post.

Tottenham came close! In a bombardment of the City penalty area, Lucas Moura's misjudged header ended in a handball.
12:30 PMa month ago

The second half of the match begins.
12:17 PMa month ago

The first half is over! Spurs and Ciudadanos draw goalless.
12:12 PMa month ago

CITY IS SAVED! Son unleashes a shot from his left foot that whizzes past the post.
12:06 PMa month ago

The match remains entertaining but with more playing time in the third period for City.
11:57 AMa month ago

Almost a goal for Spurs! In a split ball, the ball fell to Lucas Moura who took a powerful shot at goal, but Goundogan managed to get on the line before the ball went in.
11:54 AMa month ago

Dangerous corner! The ball was played all over the City area but no Tottenham player managed to make contact with the ball.
11:50 AMa month ago

Corner for Tottenham!
11:48 AMa month ago

Son's attempt! Tottenham tried a cross shot but no one made contact.
11:45 AMa month ago

Mahrez's dangerous cross after a great play by the City midfielder ends up in the hands of Hugo Lloris
11:40 AMa month ago

Shot close to City! Manchester City continued to attack and with a close shot from Cancelo, the Citizens came close to opening the scoring.
11:35 AMa month ago

Free kick for City! Foul on Grealish on the edge of the box.
11:25 AMa month ago

The whistle blows! The ball is rolling on the pitch at Tottenham Hotspur Stadium, Spurs welcome the reigning champions in their first match of the season.
11:20 AMa month ago

In a few moments we will start broadcasting the match: Tottenham vs Manchester City matchday 1 of the Premier League season 2021-22.
11:15 AMa month ago

They are not far behind!

The locals are not far behind either and are already warming up on the field while being cheered on by their fans. It's getting closer and closer!

The visiting squad is already on the field to warm up and fine-tune small details prior to the start of the match.

Back into the swing of things! 🏃‍♂️

Every season since I arrived five years ago I had a feeling every season is tougher, stranger. better teams. Every season is a new challenge, we celebrate our title, now it’s in our memories and we start again.

Since I arrived in my first season everyone said the Premier League is completely different to the other leagues, it’s more difficult. Everyone can beat everyone and I said ‘yes that’s true’, I felt it. 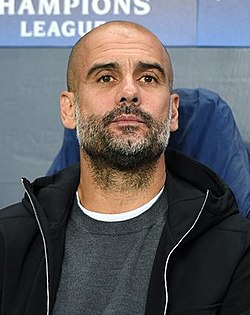 The Frenchman, Hugo Lloris, is one of the London team's stalwarts and also one of Manchester City's most bitter memories, as it is precisely in these duels that the goalkeeper comes out on top for his team.

The skipper has history against @ManCity... 🧤 pic.twitter.com/1J8vXr7uFM

The ball always to the 7!

The locker room is ready to welcome the home team, but which number stands out? That's right, the 7 of Heung Ming Son, the South Korean crack that has brought so much joy to Spurs and headaches to the citizens.

The Citizens are already at the Tottenham Hotspur Stadium for their first match of the season against Spurs. What will be the welcome prepared for the current champions of England?

Back and ready to do it all again! 👊

Who are you most excited to see in today's starting XI? 🤔

Pep Guardiola makes official the list of his eleven players to face the home team. What's new? Jack Grealish is ready to make his debut for Manchester City in a Premier League match. All eyes on the former Aston Villa".

This will be the starting eleven sent by Nuno Espiríto Santo to face the first match of the season and try to dent the champion's crown. 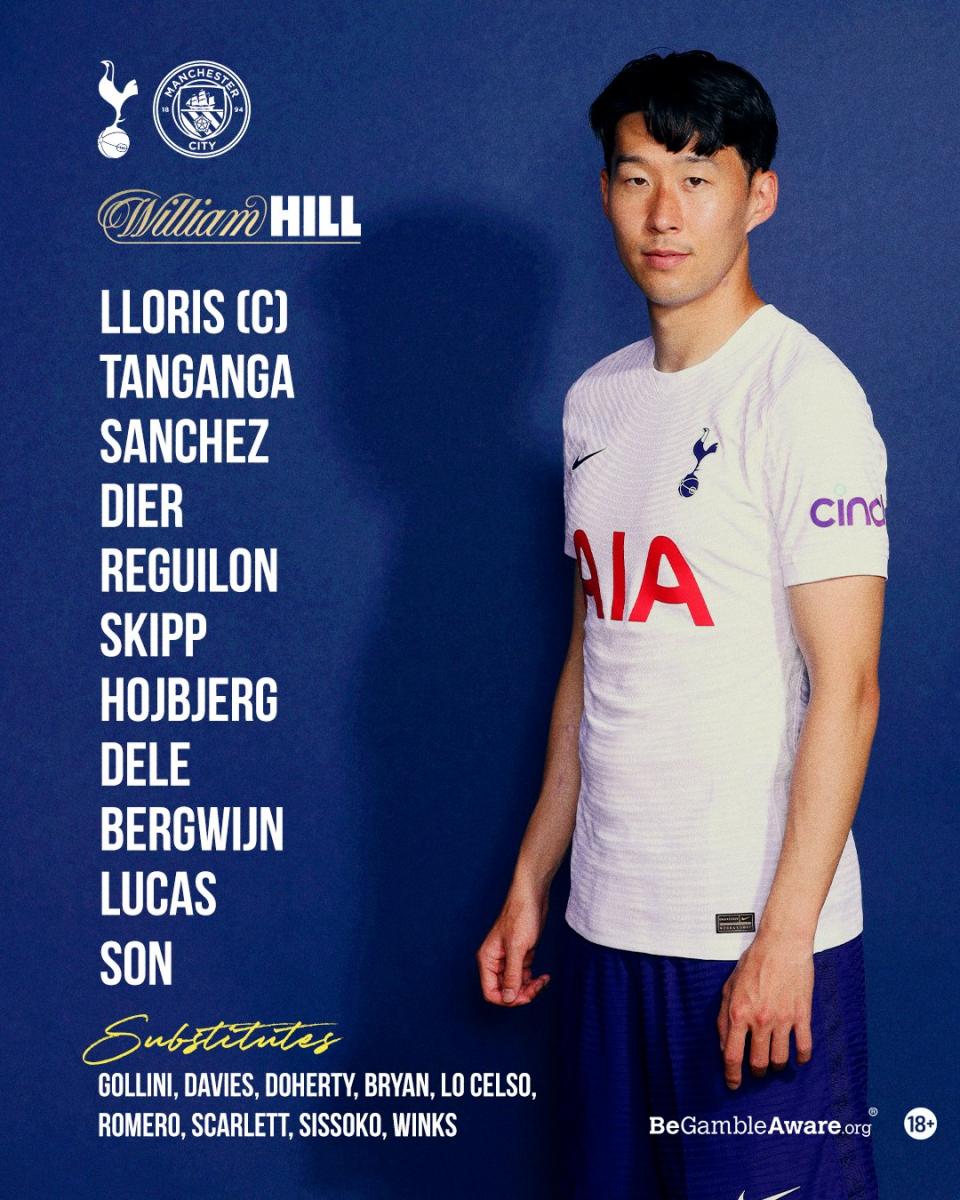 The weather report for Manchester City

21° degrees are reported for kick-off time between Spurs and the Citizens at Tottenham Hotspur Stadium with a 5% chance of rain.

Your pre-match weather report is in 🌥

The wait is over, soccer is back!

After the break for international competitions, the Premier League is back and with it comes a special flavor as the seats will be full again in the sports venues, bringing back the missing touch to soccer matches. The city is paralyzed, London will witness a clash of giants between Tottenham and Manchester City on Day 1 of the Premier League 2021-22.

Do not miss a detail of the match with the live updates and commentaries of VAVEL. Follow along with us all the details, commentaries, analysis and lineups for this Tottenham vs Manchester City match.
10:15 AMa month ago

What time is Tottenham vs Manchester City match for Premier League?

This is the start time of the game Tottenham vs Manchester City of 15th August in several countries:

Joao Cancelo has become one of the fundamental pieces that Pep Guardiola has, the right winger has gone from strength to strength since his arrival in the Premier League being an undisputed starter and increasing his value in the transfer market. Last season he was chosen in the best eleven of the English league where he stood out for playing 28 games as a starter, scoring 2 goals and collaborating with 3 assists, he is also one of the most experienced figures of the Portuguese national team, so for this match, Cancelo will be the player to follow for the possible problems he could cause Tottenham when attacking. 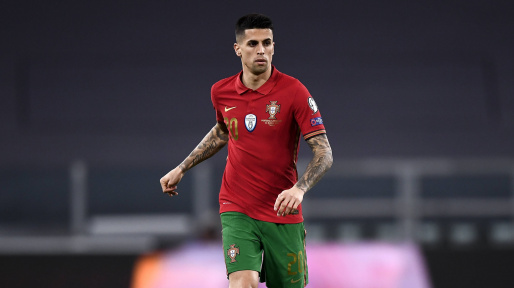 One of the most beloved players of the fans and the Premier League, the South Korean Heung-Min Son or "Sonny" is one of the fundamental pieces that Tottenham has had from 2015 to the present. The left winger has played 197 games as a starter, has scored 70 times and assisted on 43 occasions since his arrival in the English top flight, also, with the departure of Harry Kane for this season, Mourinho's team has been forced to cover that drop in its lineup so Sonny has been playing lately as the new center forward of the squad so it could be reflected in the scoreboard in this duel against City. 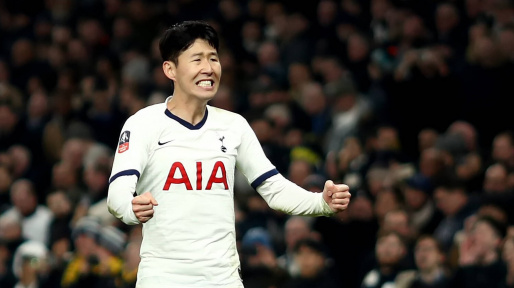 The Citizens and Spurs have met a total of 165 times (66 wins for Manchester, 63 wins for Tottenham and 36 draws) in the history of the fixture. The last time these teams met face-to-face was on February 13 this year at the Etihad Stadium where Pep Guardiola's side beat Mourinho's men 3-0. 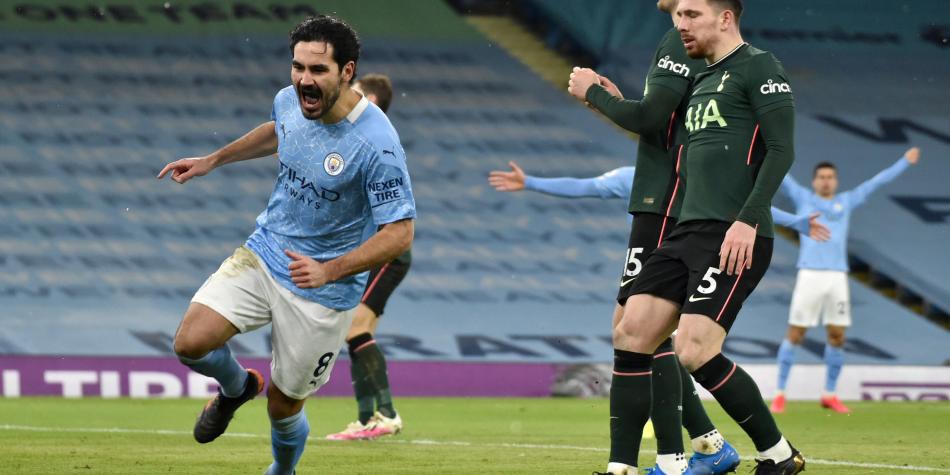 For this match, Anthony Taylor will be the central referee, accompanied by Gary Beswick and Adam Nunn as assistants 1 and 2 respectively, and Craig Pawson will be the fourth official. In the VAR, referees Stuart Attwell and Constantine Hatzidakis will be in charge of monitoring any doubtful play inside the area or that deserves a red card.
9:40 AMa month ago

In search of the bicampeonato

The Manchester City squad will be looking for the Premier League bicampeonato after a very good season made by the wards of Pep Guardiola, the citizens finished with 86 points (27 wins, 5 draws and 6 defeats) last season, in addition, they reached for the first time in its history a UEFA Champions League final in which they finished runners-up in the 2020-21 edition. As every year, the City squad is one of the favorites to win the championship and reach the final of the FA Cup or Champions League, so we will have to pay close attention to what they will do in this first match of the season.

Join us shortly for the boss' preview of our first @premierleague game of the season! 🤩⬇️

To make up for past failures

With a team made up of stars and aces of the ball, the team coached by Jose Mourinho was one of the favorites to win the UEFA Europa League and reach the final stages of the FA Cup, however, Spurs fell short in both ways as they were eliminated in the first round of elimination in the European tournament and the same happened with the domestic Cup, In addition, they did not even come close to fighting for a place in European competitions by finishing 7th in the table, now, Mourinho and company will seek to settle the debt they have with their fans and what better way to start than by denting Manchester City's crown.

The journey to the championship begins

After overcoming an atypical season in which the public was missing in the sports venues, the ball will be rolling again in the English courts, which will have full seats for the start of the 2021-22 season and set the mood for great games such as the duel between Spurs and Citizens, with which both teams will start the journey in search of eternal glory in the Premier League. On the one hand, the locals will be forced to win after the disappointments caused in the previous season, while the current champion will seek to give a blow of authority in the United Kingdom.

Why do players take the knee?

It’s a symbol of pride and identity.
It’s about demanding change.
It’s more than just a gesture.

The Tottenham vs Manchester City match will be played at The Tottenham Hotspur Stadium, in London, England. The kick-off is scheduled at 10:30 am ET.
9:20 AMa month ago

Welcome to VAVEL.com’s LIVE coverage of the 2021 Premier League: Tottenham vs Manchester City!