Here we leave you the goal with which Castellanos opened the scoring.

5 minutes of compensation are added
9:59 PMa month ago

Big mistake by NYC F.C.! Bad shot in the box that meant the third goal
9:54 PMa month ago

Marsman comes out to avoid Castellanos' shot and makes contact with the striker, the referee allows the foul to go through.
9:45 PMa month ago

Second half begins
8:56 PMa month ago

GOOOOAL! Valentín Castellanos takes a Panenka-style spot kick to make it 2-0 before halftime.
8:54 PMa month ago

Penalty! Leerdan blocks with his hands and NYC F.C. is awarded a penalty kick.
8:50 PMa month ago

Gregore gets a yellow card for a grill on Moralez
8:49 PMa month ago

Attacking play by New York City in search of the second goal
8:42 PMa month ago

Castellanos is alone at the back of the penalty area but misses the target and misses the second for New York City F.C.
8:39 PMa month ago

Corner kick for Inter, the referee signals a foul on Amundsen and the ball goes to NYC.
8:32 PMa month ago

Goooooal. Valentin Castellanos beats Miami's center back and heads NYC F.C ahead on the scoreboard.
8:26 PMa month ago

Morgan takes a left-footed shot and Johnson sends it for a corner.
8:19 PMa month ago

Yellow card for Amundsen for a foul on Morgan. Free kick for Inter Miami
8:12 PMa month ago

Foul on Castellanos, the player hurts his right ankle.
8:10 PMa month ago

Stay tuned, we'll start with minute-by-minute action on what happens between NYC and Inter Miami shortly.
7:55 PMa month ago

Tonight's locals have already warmed up on the Harrison Arena turf.

Inter Miami shared on its social networks a video showing tonight's dressing room on the floor of New York.

Inside the #InterMiamiCF locker room in NY 💥#NYCvMIA Kickoff at 8PM pic.twitter.com/gunkQ91kfE

Although Harrison Arena normally serves as the home of the NY Red Bulls, this time it will be the home of New York City, and this is what the arena looks like just minutes before kickoff. 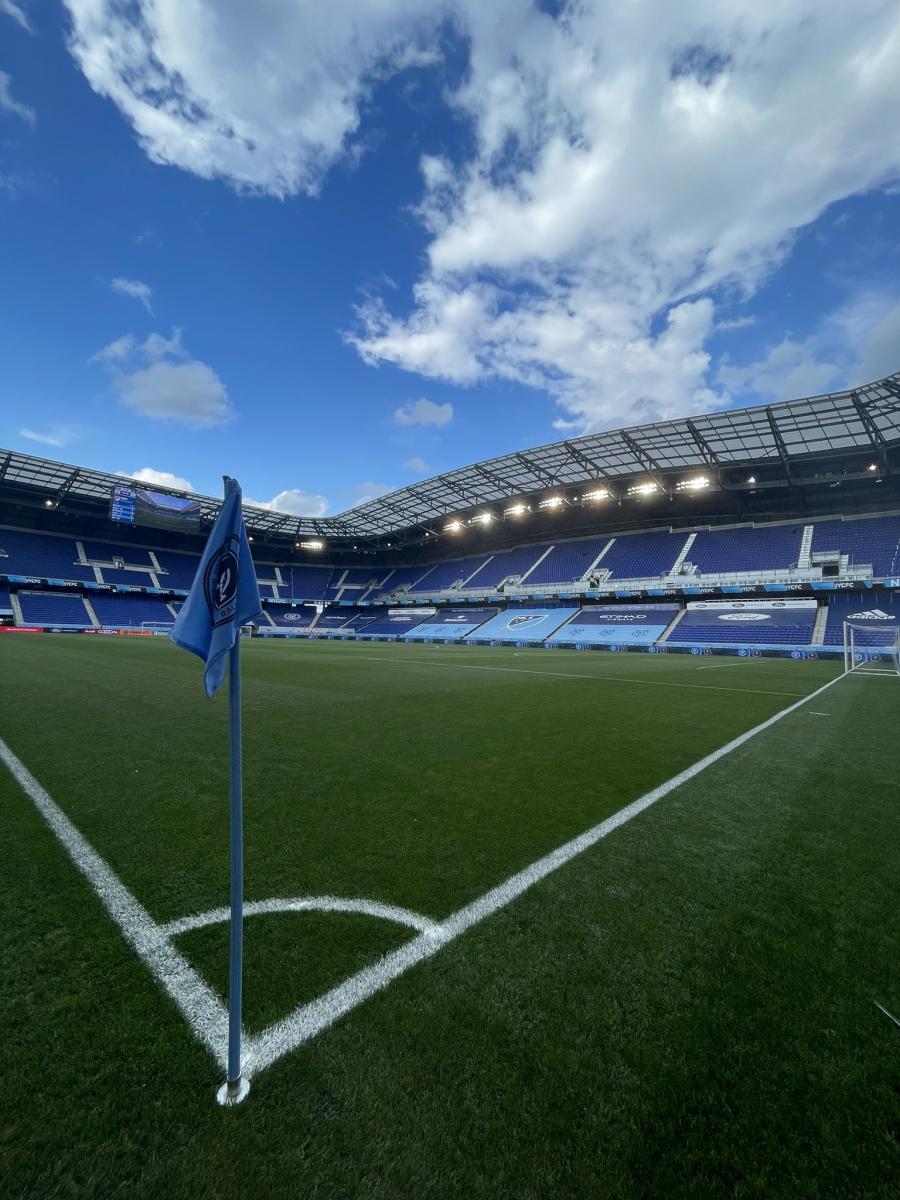 From Inter to Chile

Inter striker Robbie Robinson will be considered to defend the Chilean national team's jersey in the upcoming qualifiers for Qatar 22. Although the player was born in North Carolina, he has Chilean nationality on his mother's side. 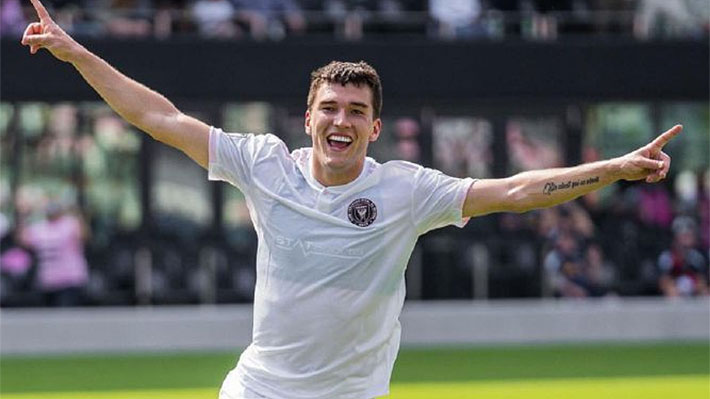 Do not miss a detail of the match NYC vs Inter Miami live updates and commentaries of VAVEL.
7:04 PMa month ago

How to watch New York City vs Inter Miami Live Stream on TV and Online?

If you want to watch the game New York City vs Inter Miami live on TV, your options is: ESPN.

What time is New York City F.C vs Inter Miami match for ?

This is the start time of the game New York City vs Inter Miami of 14th June 2021 in several countries:

Valentín Mariano José Castellanos Giménez is an Argentine soccer player. He plays as a forward and his current team is New York City FC of Major League Soccer. He is also an international with the Argentina National Team under 23, the player has stood out for being the uncomfortable player to the opponent in the attack of NYC. 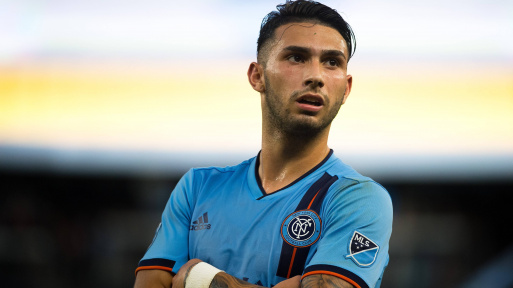 In September 2020, Pipita was acquired by Inter Miami (owned by David Beckham) as a free agent to play in Major League Soccer. He signed a two-year 7.5 million euro contract with the Herons, which made him the highest paid player in the North American league to date. Gonzalo scored his first goal against New York Red Bulls in matchday 17, from a free kick, in a 2:1 away win. 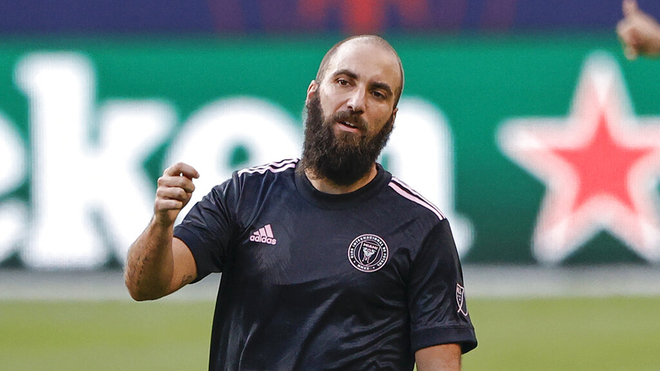 The New Yorkers are coming off a penalty shootout against Pumas UNAM in the Leagues Cup and are third in the MLS Eastern Conference with 28 points.
6:39 PMa month ago

Of their last five matches, Inter have won two, drawn two and lost only once. In the overall standings they are 12th in the Eastern Conference standings with 16 points.
6:34 PMa month ago

Red Bull Arena or Harrison Arena is a multi-purpose stadium, home of the New York Red Bulls of Major League Soccer. It is located in Harrison, New Jersey, United States and was initially scheduled to be completed in the 2008 MLS season, but due to several construction delays it opened in 2010.

The stadium seats 25,189 spectators, making it the second largest soccer-specific stadium in the country after the StubHub Center in Los Angeles. It features a translucent, European-style corrugated roof, which covers all of the seating in the stadium, but not the playing field. The stadium will be accessible by public transportation at the Path train stop in Harrison.

The construction project had delays. The original plan, announced on July 1, 2004, was to move the MetroStars from their home at Giants Stadium at the start of the 2006 season. Negotiations between MLS and the state of New Jersey dragged on until an agreement was announced on August 5, 2005, for the MetroStars to play there for the 2007 season. Environmental cleanup of the land in the area forced another delay. Due to delays in cleaning up industrial waste at the stadium, Red Bull announced that Red Bull Park could be delayed for the 2009 season. Marc de Grandpre, an executive with the New York Red Bulls, said that during excavation of the site, construction crews came across "some industrial waste and multiple meltdowns, which have caused the site cleanup to take longer than expected."

As part of the MetroStars purchase deal, Red Bull bought the naming rights to the arena and it was officially named Red Bull Arena.

The arena opened on March 20, 2010, with the Red Bulls playing a friendly match against Brazilian club Santos FC. The Red Bulls' first official game in their new stadium was against the Chicago Fire, opening the 2010 MLS season on March 27. Joel Lindpere became the first player to score a goal at Red Bull Arena.

Chicago Fire vs New England Revolution preview: How to watch, kick-off time, team news, predicted lineups, and ones to watch 3 days ago

CF Montréal vs Chicago Fire preview: How to watch, kick-off time, team news, predicted lineups, and ones to watch 5 days ago

D.C. United vs Chicago Fire preview: How to watch, kick-off time, predicted lineups, and ones to watch 9 days ago

NYCFC vs FC Dallas preview: How to watch, team news, predicted lineups and ones to watch 7 days ago
//