Close second! Carrasco enters the area with some danger, but ends up slipping inside the area.
3:20 PMa month ago

Dario Benedetto tries to get to Casilla's goal, but ends up running over Saúl
3:18 PMa month ago

Carrasco sends in a cross for Suárez, but the Uruguayan ends up shooting over the goal.
3:09 PMa month ago

Mojica's cross, but the defense clears the ball.
3:02 PMa month ago

Darío Benedetto's shot, but Oblak keeps the ball without problems.
2:57 PMa month ago

Koke came close to scoring a great goal with a shot from midfield, but Casilla keeps the ball.
2:45 PMa month ago

Goalkeeper! Carrasco's half-turn tries to hit the ball in a good way, but he doesn't give it the necessary strength and ends up giving the ball to Casilla.
2:38 PMa month ago

The complement starts in Madrid
2:22 PMa month ago

End of the first part! Atlético de Madrid wins by the narrowest of margins at the Wanda Metropolitano
2:19 PMa month ago

A filtered ball from de Paul to Saúl, but the ball is too long and he misses a clear chance.
2:13 PMa month ago

Goal, goal, goal for Atlético Madrid! Correa entered the area, Casilla came out to save, but the player beat the goalkeeper and ends up putting the ball into the back of the net.
2:11 PMa month ago

Thomas Lemar has a shot on goal but the ball is wide of the target.
2:11 PMa month ago

The match restarts, both teams are looking for the opponent's goal.
2:03 PMa month ago

Actions are stopped and teams rehydrate
2:03 PMa month ago

Gonzalo Verdú's shot on goal, but it goes well over the bar
1:58 PMa month ago

Uff! Great run was being made by Carrasco, but Palacios ends up stopping it with a foul.
1:50 PMa month ago

Goalkeeper! After Carrasco's cross, Lemar tries to hit the ball, but Casilla comes out and keeps the ball.
1:42 PMa month ago

Saul's shot ends up going slightly over the goal.
1:35 PMa month ago

The action gets underway and the fans return to the stadium to witness this great match.
1:34 PMa month ago

Before the game, a minute of silence was observed and the team's anthem was played by violinist Pablo Navarro.
1:33 PMa month ago

Atleti have been victorious in their last eight matches against Elche in the competition, have also enjoyed their best winning streak and have kept five clean sheets in five games.
1:21 PMa month ago

Both teams are already present at the Wanda Metropolitano, the second day of LaLiga will be played and both will seek to get the victory.
1:15 PMa month ago

Atlético de Madrid announced that in this ornament there are 379 red and white carnations, each one is for each member who has died throughout this pandemic, which will be on the lawn and also, there will be a minute of silence. In addition, violinist Pablo Navarro will play the team's anthem as a tribute to all the people who died. 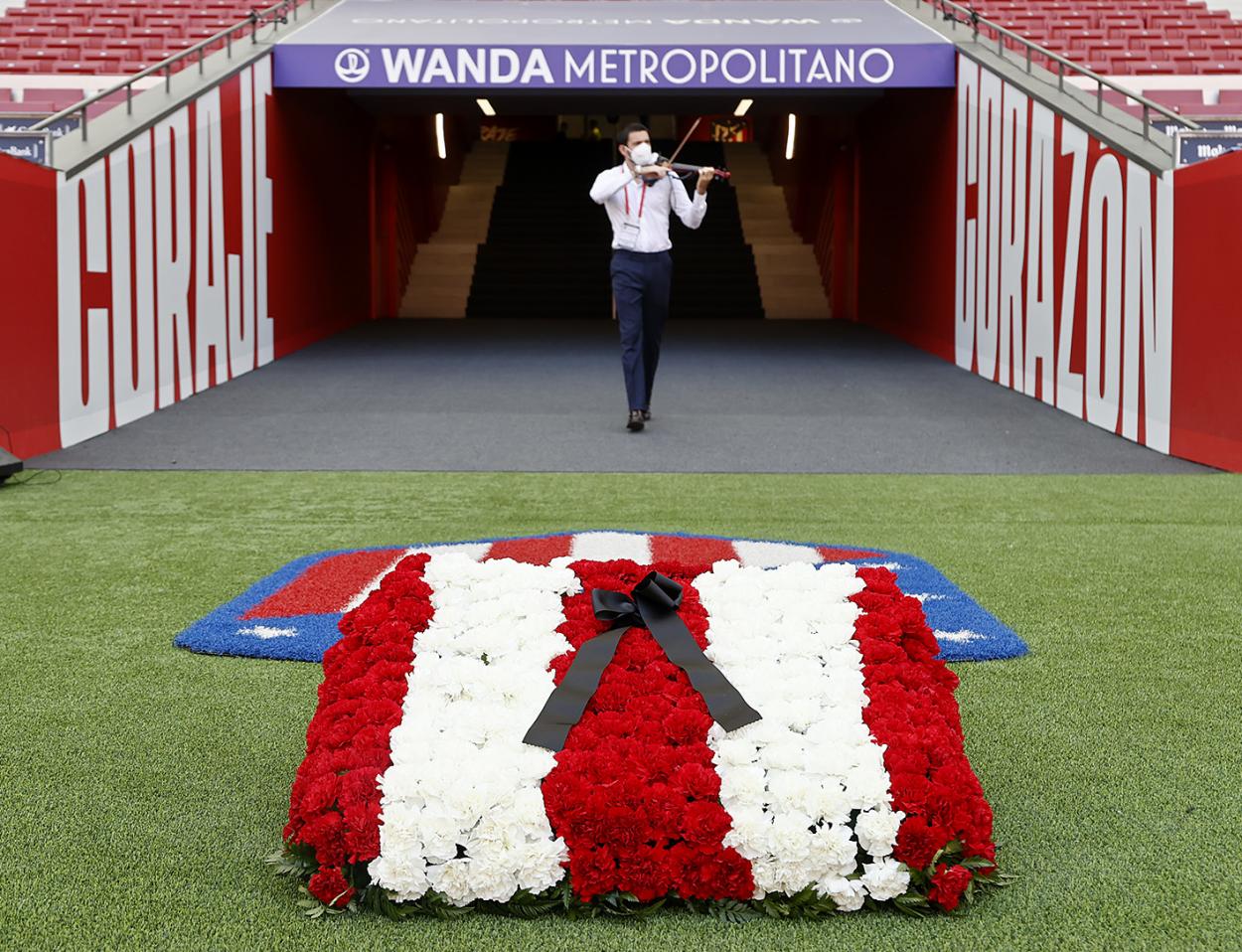 Elche has only kept a clean sheet in one of the 22 matches against Atlético de Madrid in LaLiga, this match was in 1968 and the score ended in a clean sheet for both teams. The rest of the matches have been 19 defeats and 3 draws.
12:50 PMa month ago

Atlético has won the last four LaLiga matches with an identical score. The matches have ended with two goals for and one against. This is the first time in history that the Madrid team has won four games with the same score.
12:45 PMa month ago

Elche have come out on top in two of their last three LaLiga matches, the same as they have had in their last 14 games in the competition.
12:40 PMa month ago

In a few moments we will share with you the Atlético de Madrid vs Elche live starting lineups, as well as the latest information from the Estadio Wanda Metropolitano. Don't miss any details of the match with VAVEL's minute-by-minute live online coverage.
12:35 PMa month ago

How to watch Atletico Madrid vs Elche Live Stream on TV and Online?

If you want to watch the game Atletico Madrid vs Elche live on TV, your options is: Skysports.

If you want to directly stream it: Streaming services and Skysports app.

Fran Escribá spoke before facing Atlético: "Barcelona, Real Madrid and Sevilla can present an eleven of a similar level and that can be discussed, but as far as the squad is concerned, the most complete is Atlético's and that in a long and hard competition is an advantage".

The coach also spoke about Darío Benedetto, the team's latest signing, and mentioned that he will be in the duel: "He is a different striker. We have three quality strikers, but they are more contact and physical. He is a different type, more of a space-seeker. He is a recognized player with a great trajectory who will contribute a lot to us".

"Beating the big teams is not easy. The advantage of this statistic is that you are closer to breaking it. Out of every ten games we usually win one, so let's think that this could be it".

For the three points

Elche arrives to this match after a goalless draw against Athletic Club in the first matchday, a situation that has Escribá ready to give his all in this match against 'Atleti' and take the victory home. In this duel, Darío Benedetto will already be eligible, a situation that gives a slight relief to the coach due to the player's qualities. 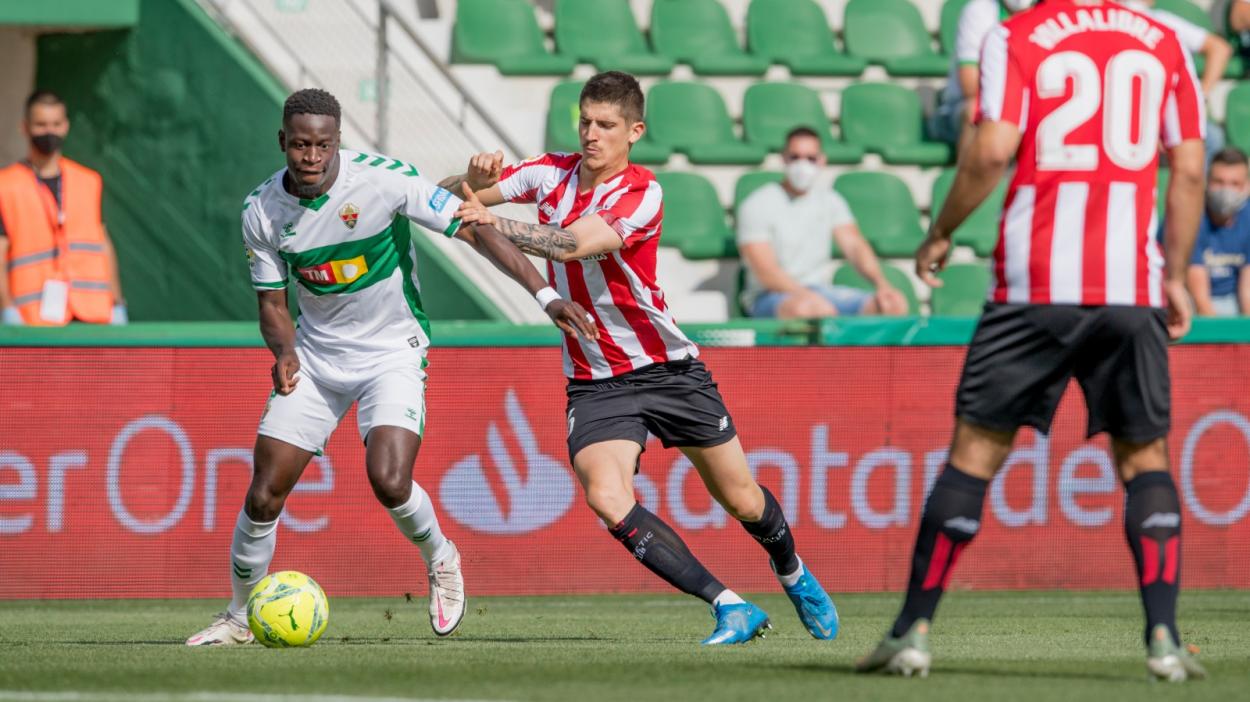 To continue on the right foot

Atlético de Madrid comes to this match after starting LaLiga with a victory against RC Celta two goals to one, both goals were scored by Ángel Correa. The team led by Diego Simeone will seek in this match against Elche to continue collecting victories to stay in the top positions. Mexican Héctor Herrera is still not working with the rest of his teammates, so it is very likely that he will not play in this match. 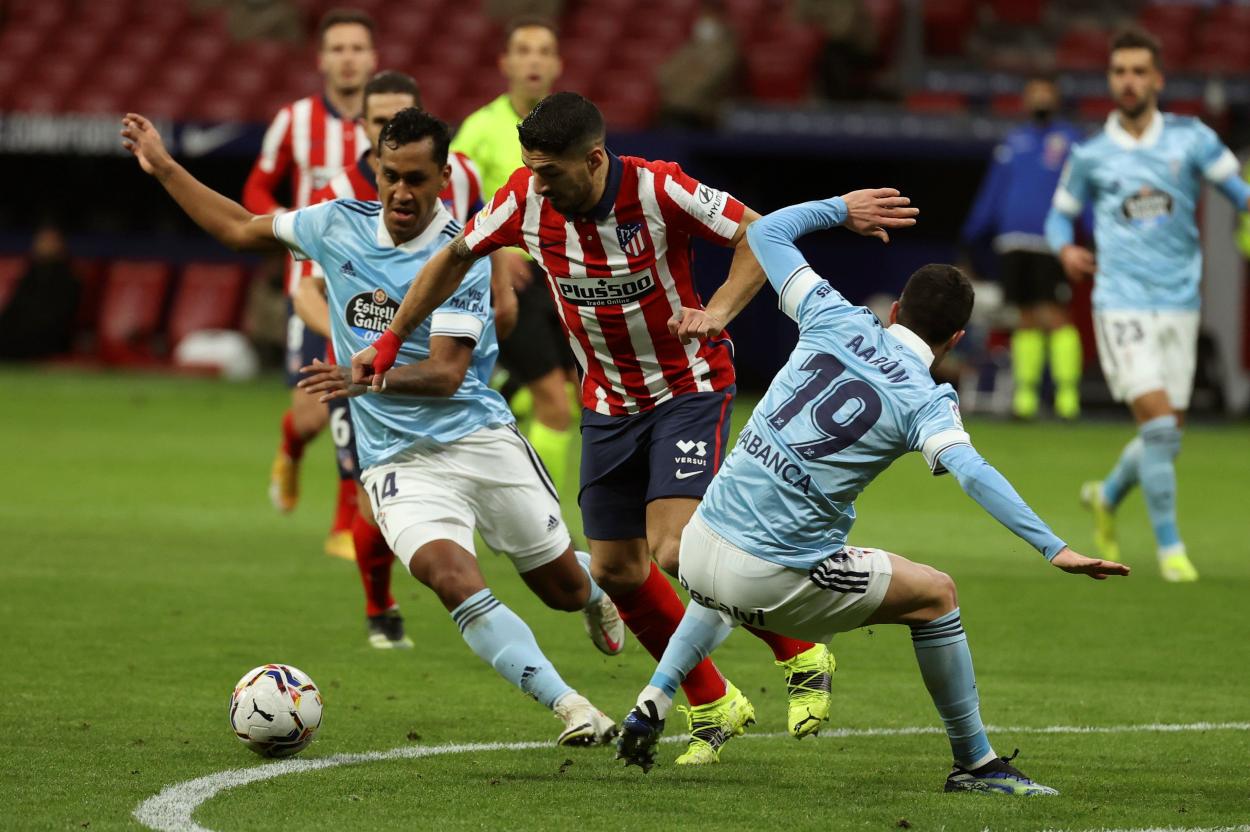 The match will be played at the Wanda Metropolitano

The Atlético de Madrid vs Elche match will be played at the Wanda Metropolitano stadium in Madrid, Spain with a capacity of 68,456 people. There will be fans of both teams at the stadium, but not a full house.

My name is Lore Solórzano and I’ll be your host for this game. We will provide you with pre-game analysis, score updates, and news as it happens live here on VAVEL. Please don´t move and follow the most important information of this match.