Stay tuned to VAVEL to follow all the details related to soccer through VAVEL.com
12:29 AMa month ago

On a night of surprises, Vancouver came out on top at home and with a late comeback, surprising LAFC, who were forced to lose one of their best players (Carlos Vela) due to injury early in the first half.
12:14 AMa month ago

Gauld blows up BC Place with go-ahead goal

Vancouver goal! Gauld heads a shot from the center of the box to the top right corner.

Desperate to score the go ahead goal, both teams fell into repeated fouls.
11:49 PMa month ago

Diego Rossi's right-footed shot from outside the area went too high. Assisted by Latif Blessing.
11:44 PMa month ago

In Raheem Edwards, Out Marco Farfan.
11:39 PMa month ago

After the touchdown! LAFC tries to respond and regain the lead.

And the tying goal was scored! White ties the score in favor of the home team, with a right-footed shot.
11:24 PMa month ago

It stays even! Possession for the second half in the opening minutes of the match. Both teams want the goal so they can score different scenarios.

Vancouver Whitecaps changes!
In comes Baldisimo and Gauld, Out comes Teibert and Owusu.

Vancouver wants to get back on the scoreboard.
11:09 PMa month ago

End of the first half! Los Angeles is winning it with a goal in added time by penalty kick.
10:59 PMa month ago

LAFC goal! Diego Rossi converts the penalty with a right footed shot to the right side of the goal.
10:54 PMa month ago

LAFC's response! But Arango shoots and the ball goes too high.
10:49 PMa month ago

Shot saved under the post at ground level. Vancouver's Caicedo right footed shot from outside the box is saved in the bottom right corner.
10:44 PMa month ago

Although the visitors clearly dominated the game, only the home side had a shot on goal in the match.
10:29 PMa month ago

Jose Cifuentes's right footed shot from outside the box is high and wide. Assisted by Vela.
10:24 PMa month ago

Duel of the desperate for the win tonight.
10:19 PMa month ago 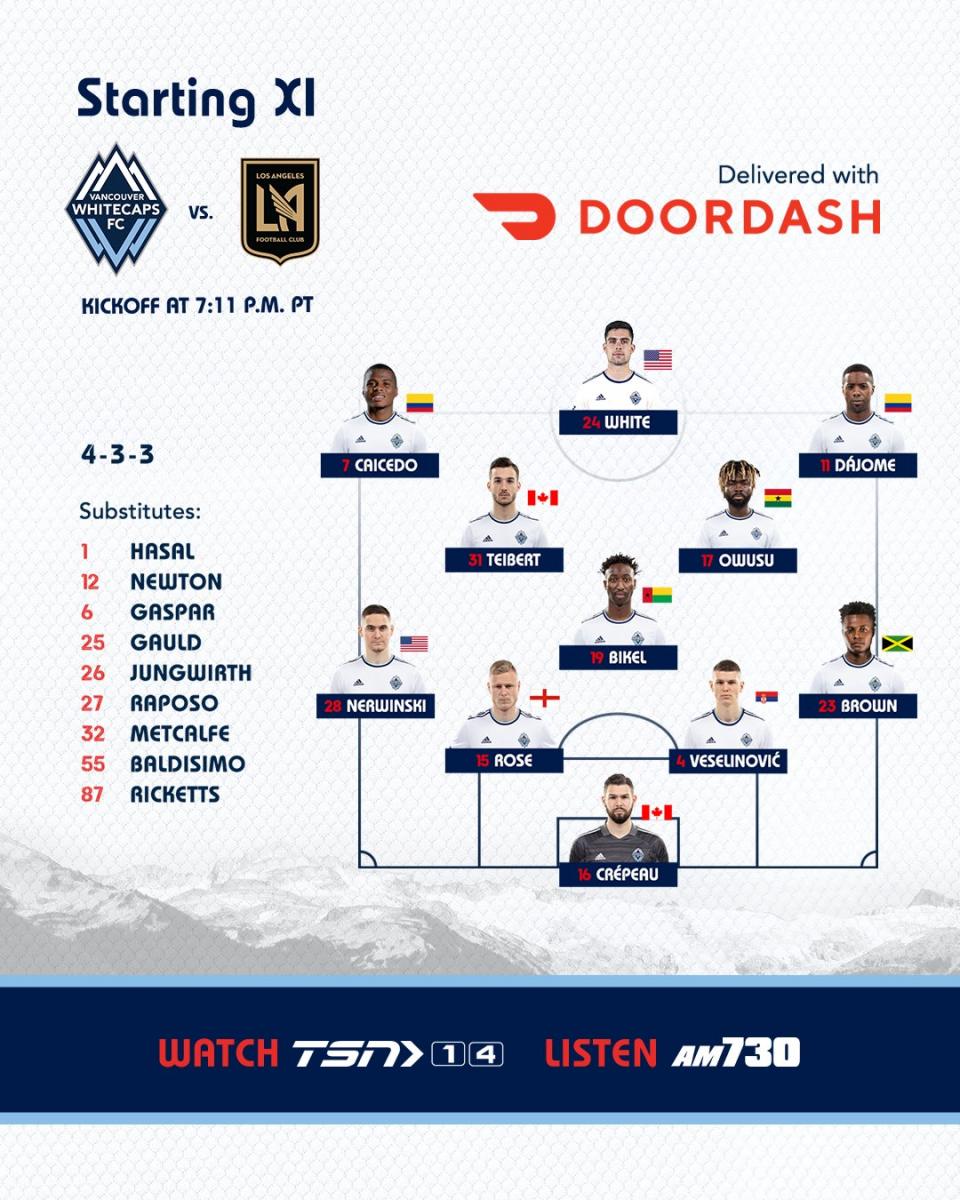 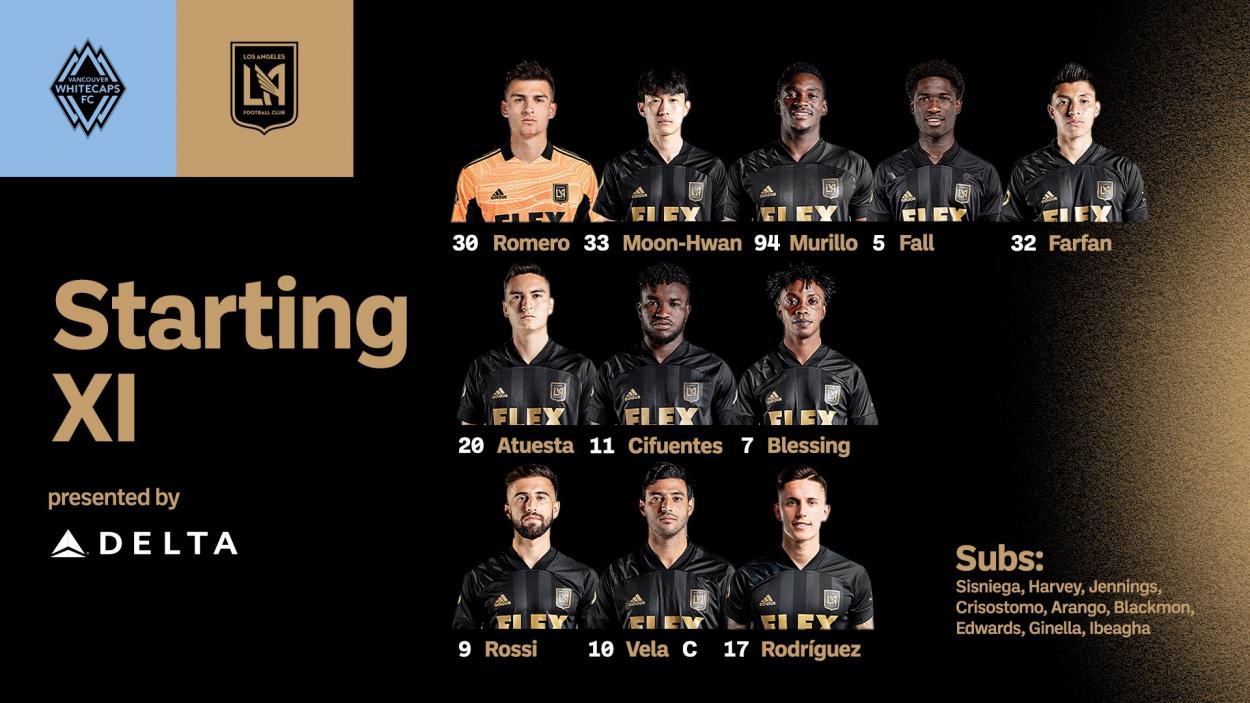 Venue ready for the meeting

The Vancouver stadium welcomes us with this postcard 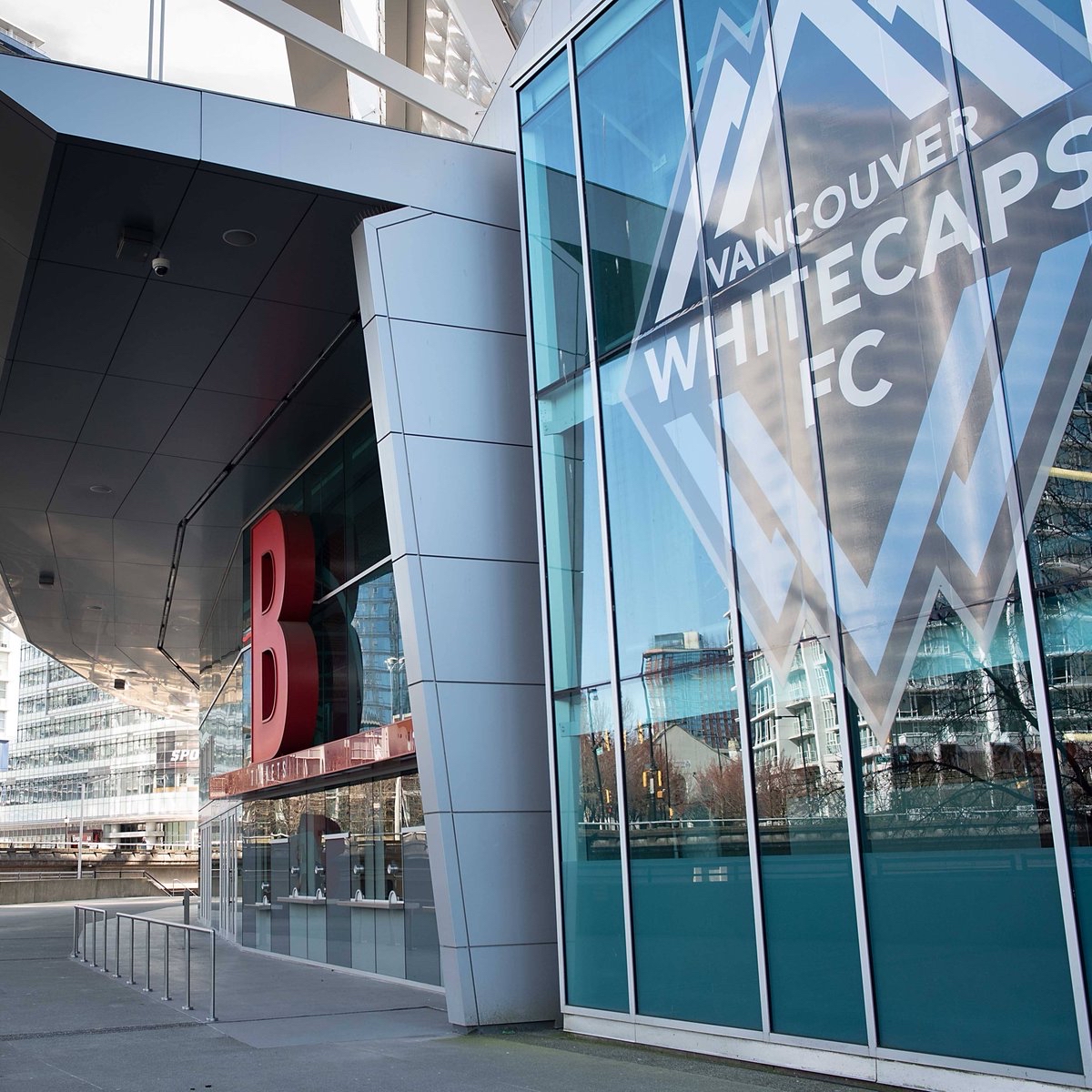 History between the two

In the last 9 meetings Vancouver Whitecaps FC have won 2 times, there have been 3 draws and Los Angeles have won 4 times.

Do not miss a detail of the match with the live updates and commentaries of VAVEL. Follow along with us all the details, commentaries, analysis and lineups for this  Vancouver vs LAFC match.

What time is Vancouver vs LAFC match for MLS?

This is the start time of the game  Vancouver vs LAFC of 21st August in several countries:

Maxime Crépeau is the goalkeeper for Vancouver and they will have to come out with the firm decision that no ball should go into the home goal. Should this be the case, the visitors will be quicker to fall into despair and it could be to their advantage. 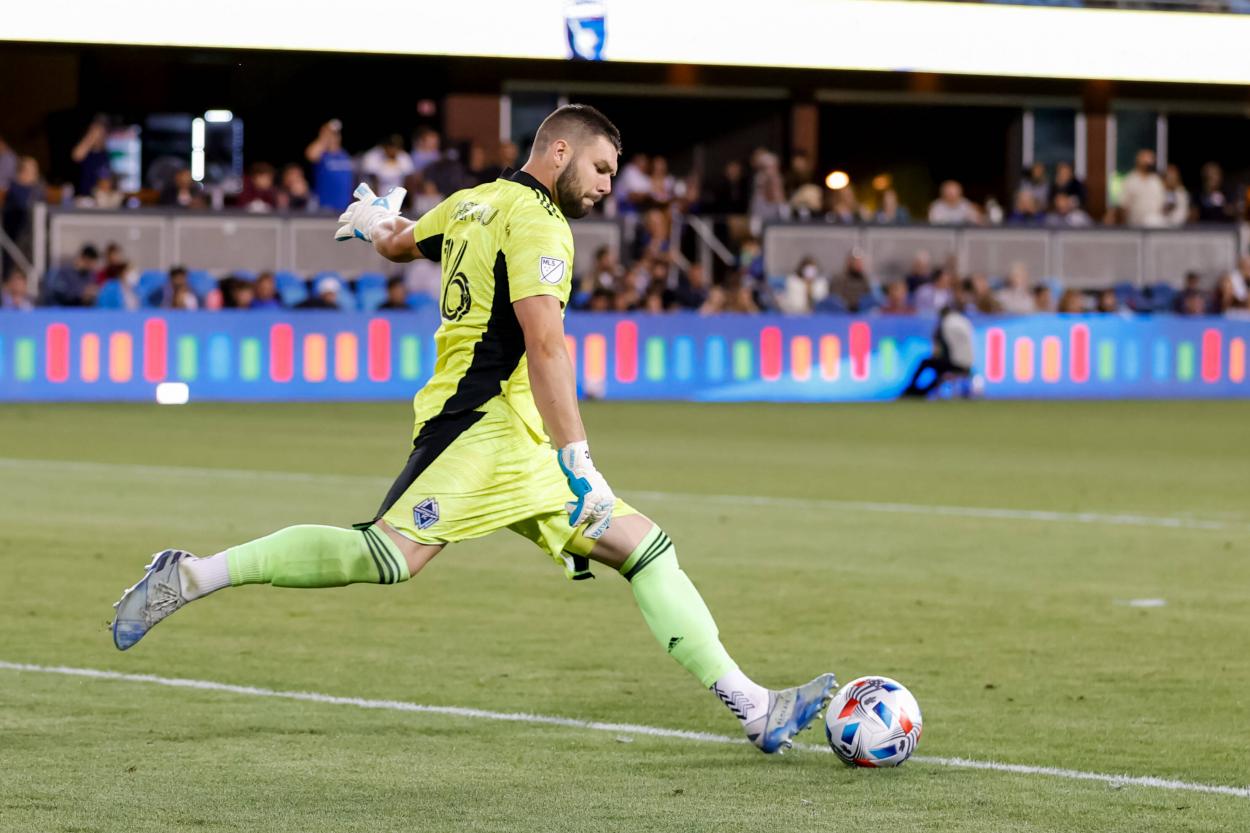 Carlos Vela, for the visitors, will be fundamental. Under his feet run the most dangerous opportunities and for this occasion his effective striking will be no exception. 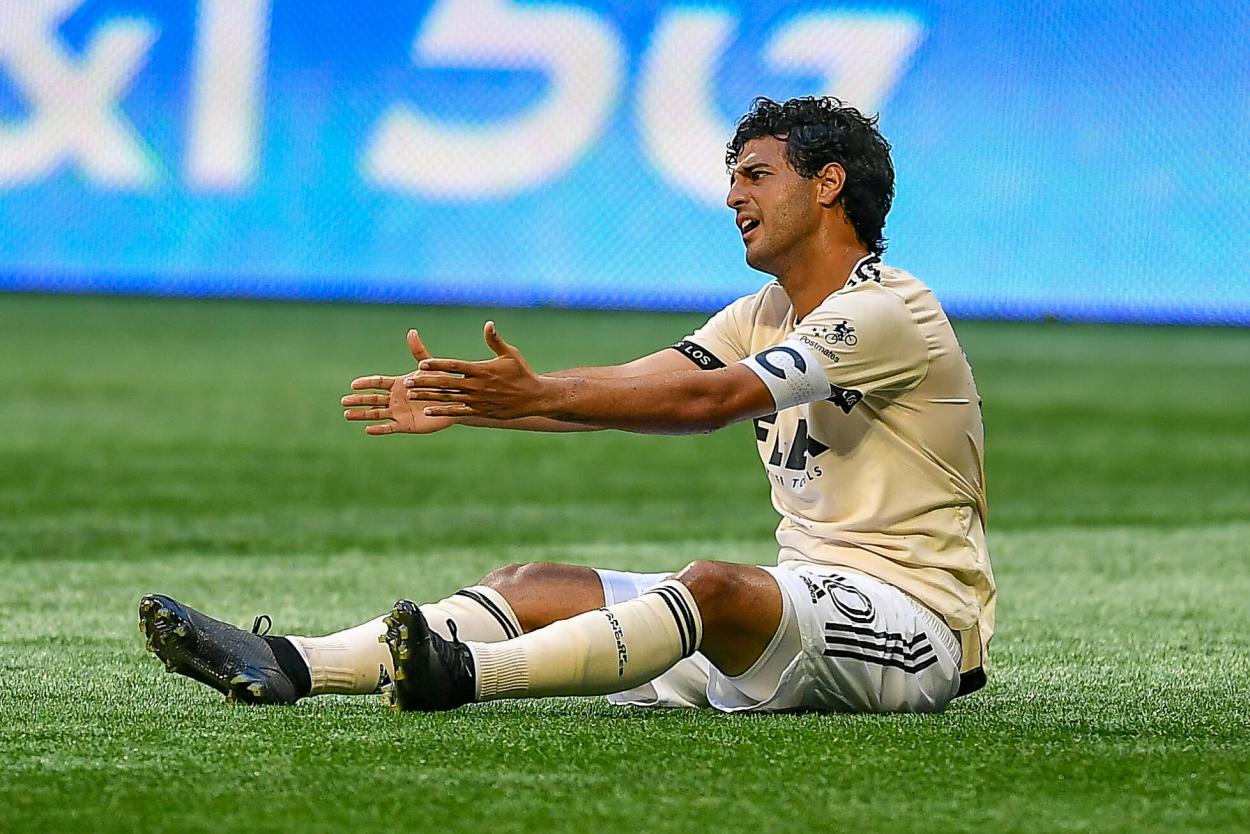 The locals also have 19 games played, but they have 20 points and are in 11th place in the conference. If they win, they would match their rival, which will be fundamental in their aspirations for the final part of the season.
9:24 PMa month ago

LAFC: To climb up the rankings

With 19 games played, LAFC are in 9th position out of 13 in the corresponding conference with 23 points, so they know that if they win their pending games, they will climb up important steps with great expectations.

The Vancouver vs LAFC match will be played at the BC Place, Canada. The kick-off is scheduled at 22:00 pm ET.

Welcome to VAVEL.com’s LIVE coverage of the 2021 MLS: Vancouver vs LAFC!

New York Red Bulls vs NYCFC preview: How to watch, team news, predicted lineups and ones to watch 2 days ago

CF Montréal vs Chicago Fire preview: How to watch, kick-off time, team news, predicted lineups, and ones to watch 8 days ago