TO THE CHAMPIONS LEAGUE!

Young Boys achieved the big goal, they will be present in the next edition of the UEFA Champions League after defeating Ferencvaros 4-6 on aggregate.

At the beginning, it seemed that the match would be a straightforward one for the Young Boys team, however, the locals would take the lead in the match and would consolidate it at the end of the first half.
In the second half, the Swiss team scored the winning goal to seal their passage to the group stage of the Champions League.

The match ends at the Groupama Arena! The Young Boys team wins their ticket to the UEFA Champions League after winning the tie 4-6 against Ferencvaros.
Final Score: 2-3 (4-6)
4:50 PMa month ago

Henry Wingo of Ferencvaros is cautioned.
4:22 PMa month ago

Ejected! Laïdouni is sent off for a double yellow card. Ferencvaros are now down to one man.
4:21 PMa month ago

That's how the lead goal was scored!

Second half kicks off! Ferencvaros and Young Boys go for the Champions League ticket.
3:46 PMa month ago

The first half is over at the Groupama Arena and Ferencvaros and Young Boys are in a great match at the moment!

That's how we scored the tying goal on aggregate!

In this way, Ferencvaros tied the score at 4-4.

Mmae tries from outside the area, but his shot sails just over the crossbar.
3:32 PMa month ago

Kristoffer Zachariassen is cautioned by Ferencvaros
3:30 PMa month ago

This is how the second goal was scored

This is how Ferencvaros scored the equalizer.

Ferencvaros is on top! The Hungarian team stays on top with a cross via Civic but it ends up in the goalkeeper's hands.
3:18 PMa month ago

HOW THE GOAL WAS SCORED

Young Boys took the lead from a corner kick, and the ball was deflected into the back of the net.

Mmae appeared on the left flank and crossed for Franck Boli, the play ended in a goal kick.
3:08 PMa month ago

The ball starts rolling on the Groupama Arena pitch.
2:56 PMa month ago

In a couple of minutes we will start with the rebroadcast of the: Ferencvaros vs Young Boys
2:51 PMa month ago

Ferencvaros has scored at least two goals in six of its last seven matches. Young Boys, meanwhile, have won three consecutive victories, scoring more than four goals per 90 minutes and scoring 10 goals, more than three per match.
2:46 PMa month ago

The Young Boys team is already on the Groupama Arena pitch to fine-tune details and warm up for the start of the match. 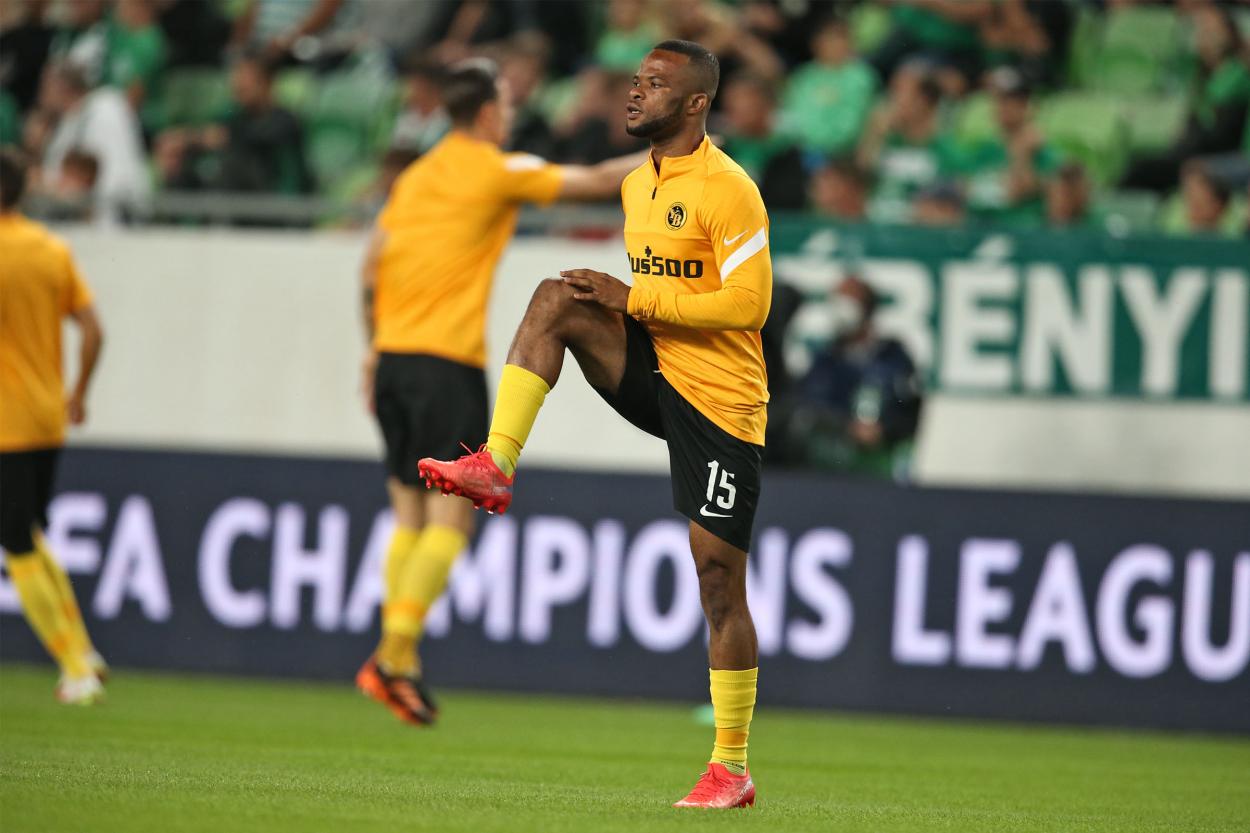 THE RIVAL TO BEAT!

Young Boys has lost only one match out of the last 10 in the Champions League, proving to be one of the best lower-middle class teams in the tournament. Ferencvaros arrives with a worrying irregularity, having won three games and lost three others in all competitions.
2:36 PMa month ago

THEY ARE ALREADY IN THE STADIUM!

The home team is already at the stadium for their match against Young Boys. This is undoubtedly one of the most sacred moments in the player's journey to the locker room.

Franck Boli scored for Ferencvaros to give them hope of overturning the deficit. Will the established center forward score again?

This is the starting eleven of the Hungarian team that will seek to achieve the feat and qualify for the Champions League. 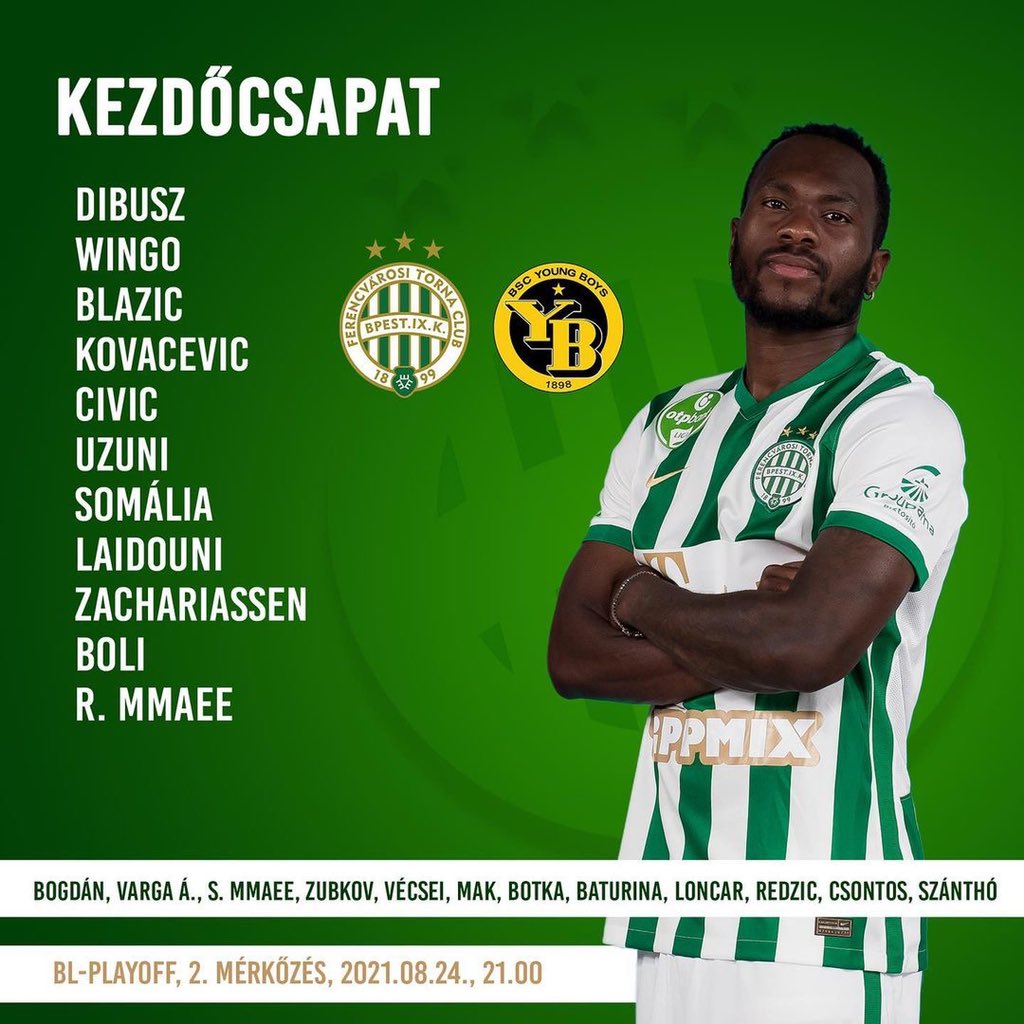 These are the eleven men Young Boys will send out to try to hold on to their aggregate lead and advance to the UEFA Champions League. 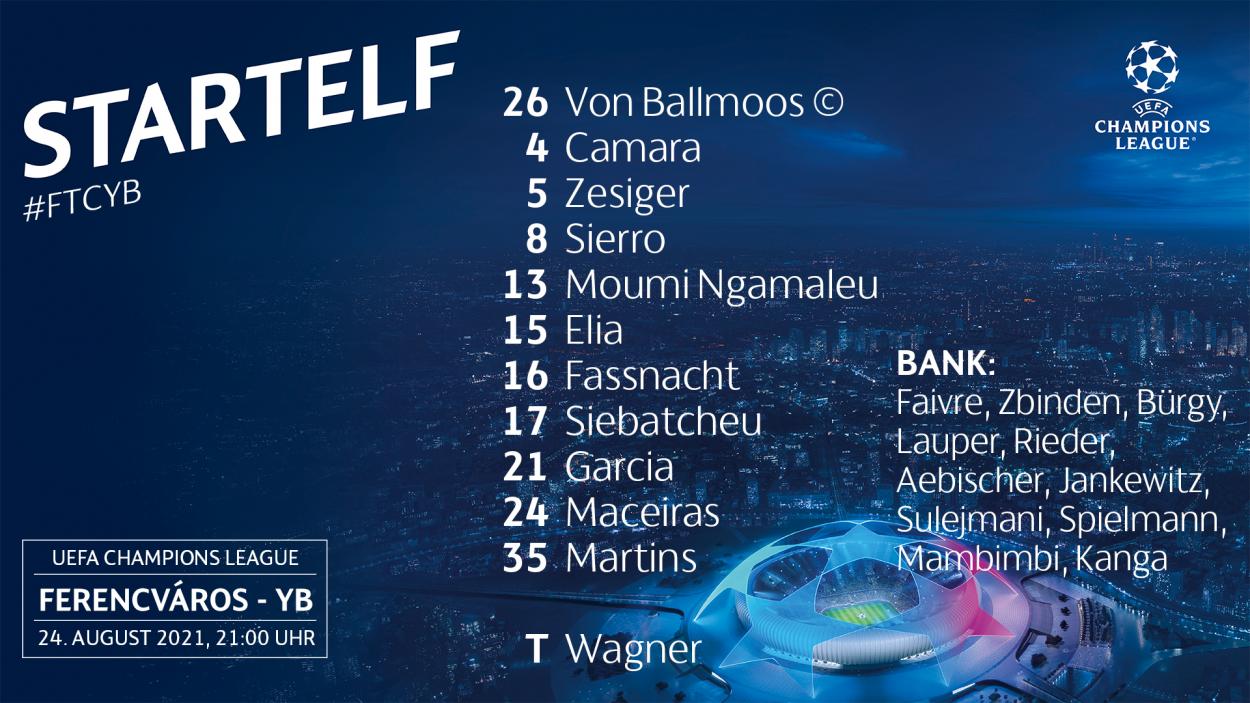 They already know the playing field!

Yesterday, the Swiss team took the field for a final training session prior to the final match for a ticket to the UEFA Champions League. 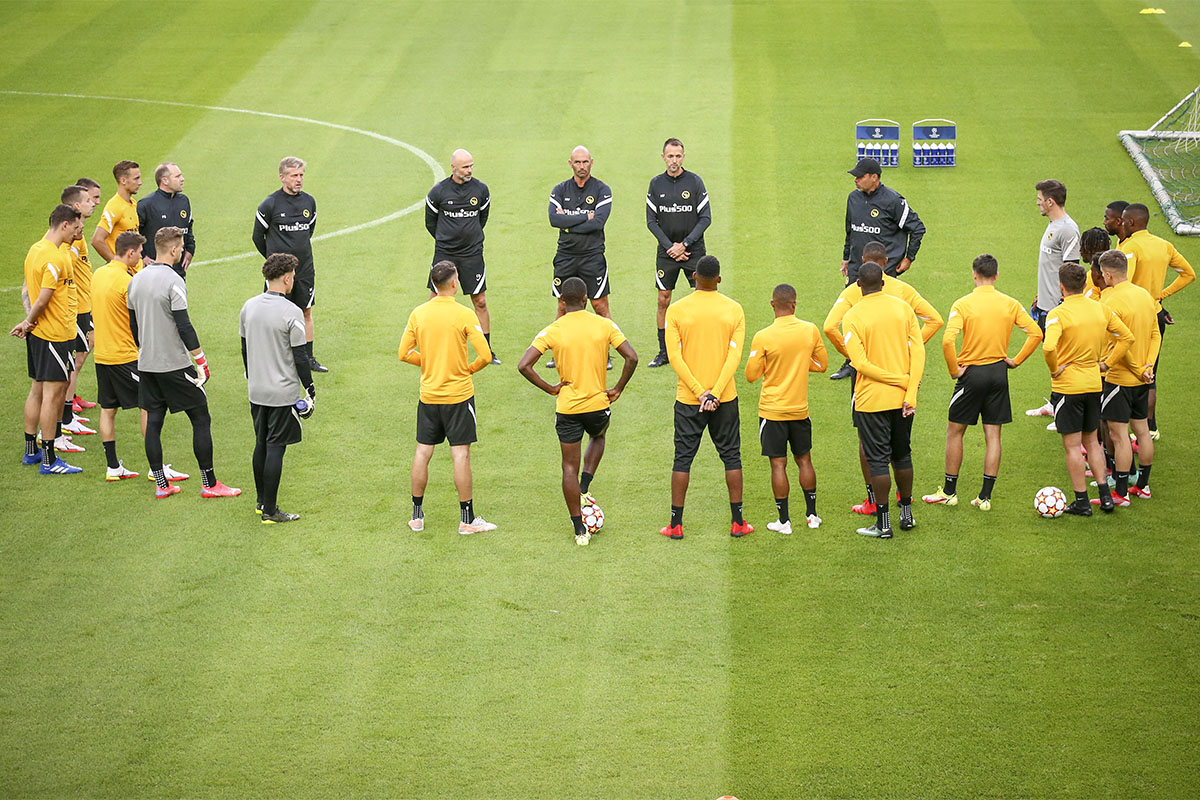 At last the nervous wait is over, today Ferencvaros will face Young Boys in what will be the last 90 minutes for both teams to win the tie and get the coveted ticket to the UEFA Champions League 21-22, the place where mortals become immortal and engrave their name in eternal glory.

Do not miss a detail of the match with the live updates and commentaries of VAVEL. Follow along with us all the details, commentaries, analysis and lineups for this Ferencváros vs Young Boys match.
2:01 PMa month ago

What time is Ferencváros vs Young Boys match for Play-offs UEFA Champions League?

This is the start time of the game Ferencváros vs Young Boys of 24th August in several countries:

Swiss midfielder Vicent Sierro has been one of the most consistent players in the Young Boys squad. Since his arrival in 2019 for the 2019/2020 season, the midfielder has featured 60 times as a starter, has scored on 5 occasions and assisted 4 times, also, he accumulates 11 yellow cards and only 1 expulsion by way of double caution. Being one of the most creative players on the field, Vicent Sierro could become one of the most unbalanced players of the game and tip the balance in favor of the visitors. 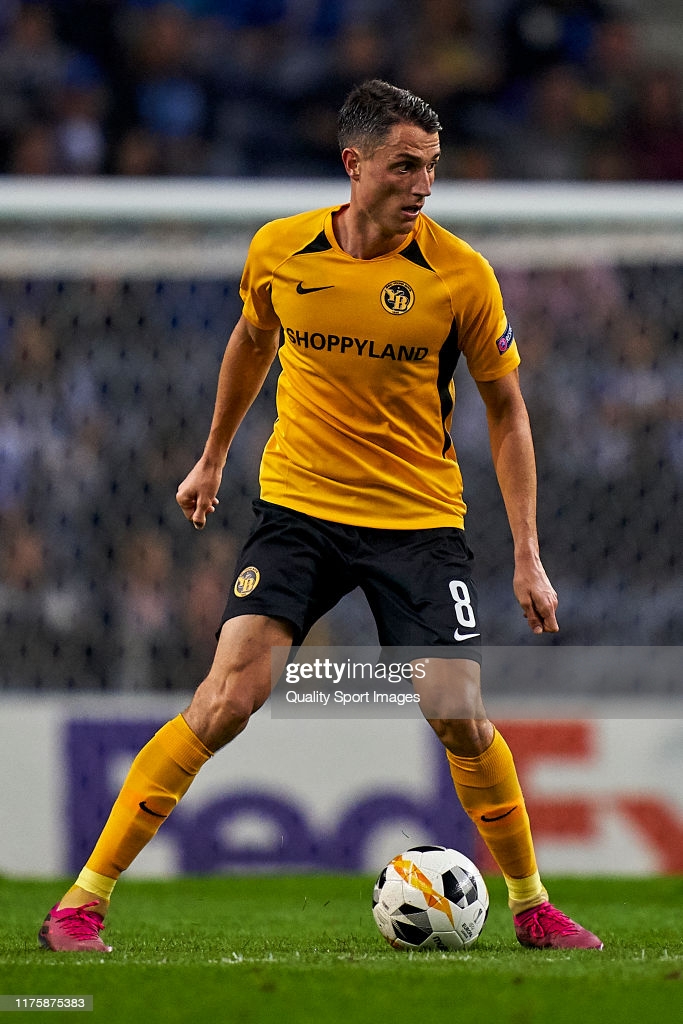 The center forward from Ivory Coast, Franck Boli, is a killer in the penalty area and one of the most decisive in important matches, since his arrival in the 2019-2020 season, he has appeared in 82 games in the starting lineup, 30 times he has broken the net and only 7 times he has participated with an assist. After 5,582 minutes played and with the morale high for having scored the brace that brought life to the Hungarian club, Boli could be the player who becomes the idol of the fans by putting his name on the scoreboard again and giving his team the qualification to the UEFA Champions League. 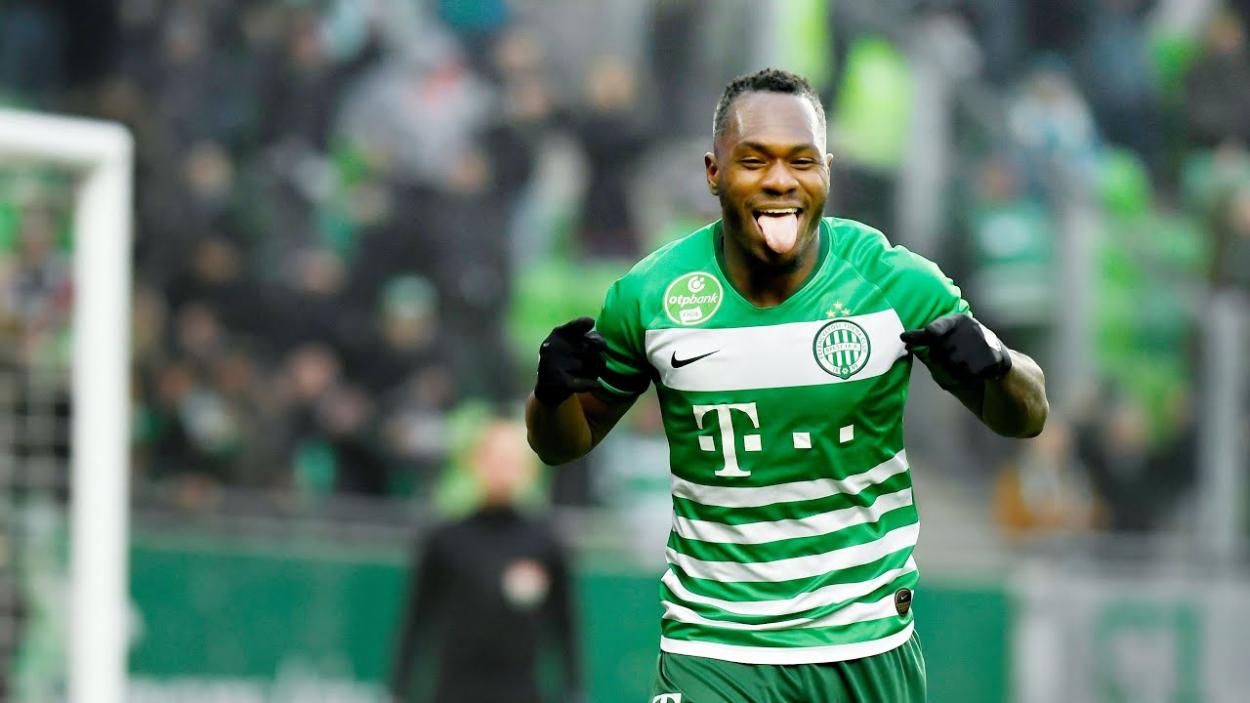 Interestingly, the last match between the two teams was their first ever meeting, which ended with a score of 3 goals to 2 in favor of Young Boys. In that match, Elia Meschack, Vincent Sierro and Ulisses Garcia scored for Young Boys, while center forward Franck Boli scored twice for the Hungarian team. 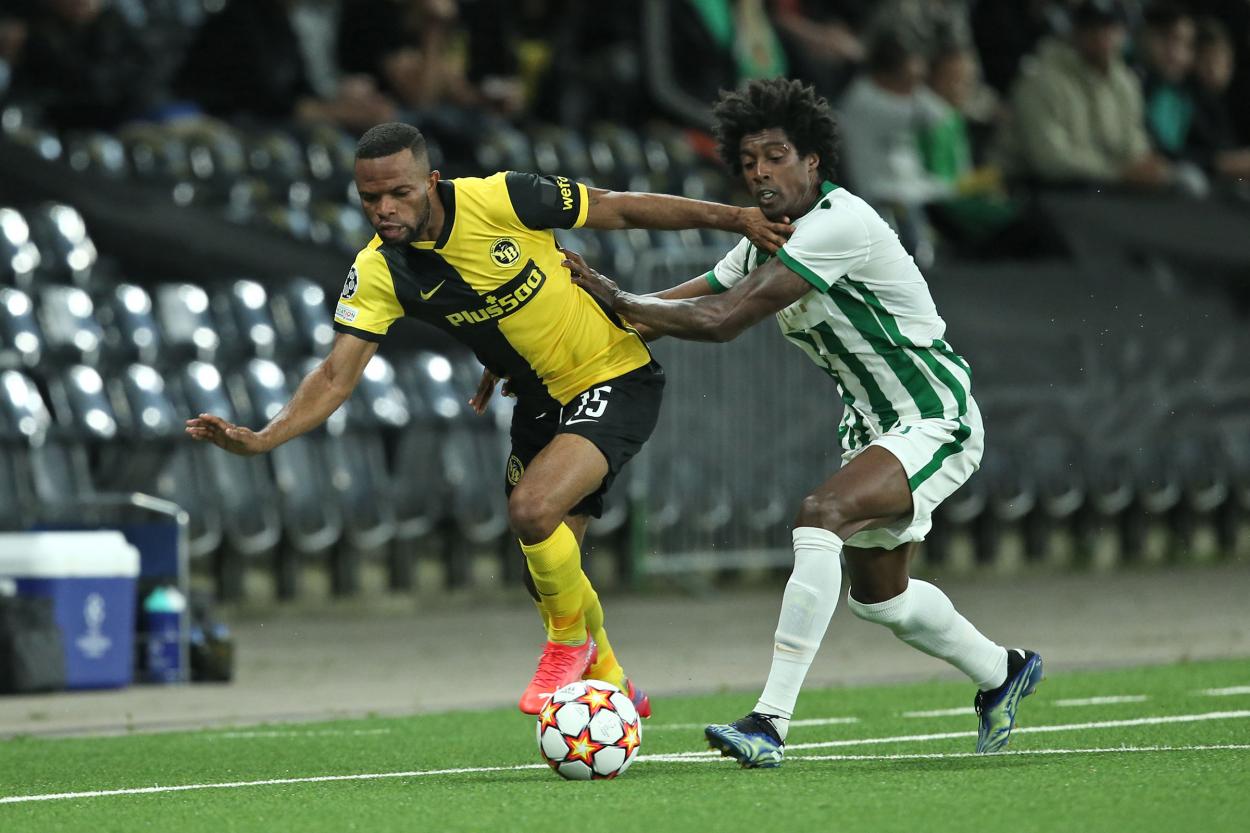 For this match, Sergei Karasev will be the center referee, accompanied by Igor Demeshko and Maksim Gavrilin as assistants 1 and 2 respectively, and Vladimir Moskalev will be the fourth official. In the VAR, referees Marco Fritz and Christian Dingert will be in charge of monitoring any questionable play inside the area or that merits a red card.
1:26 PMa month ago

They have half a step in the Champions League

On the contrary to the Hungarian team, Young Boys is already one step away from getting their ticket to the next edition of the European Champions League, in the first leg they showed a great offensive soccer and made it clear that the verticality of the team is one of their main weapons to do damage in the small area of the rival team, however, the Swiss team will have to continue working on their defensive saga as it will be one of the main factors to prevent Ferencváros from breaking the net and increase the hopes of achieving the feat.

The Hungarian team will be looking to come from behind

The Hungarian team will face this duel with an important mission, to row against the tide and come out on top with the aggregate score in their favor. For the moment, Ferencváros will start from the first minute of the match with the pressure of knowing that they will be eliminated if they fail to score. In their local league they are in 10th position, however, in the pre-elimination rounds for the Champions League they showed a great level of play as a team, so the dream and the hope of achieving the feat is more alive than ever.

After a great game in the first leg of the play-offs between Young Boys and Ferencváros that ended with a 3-2 score in favor of the locals, both teams will meet again in Budapest, Hungary. These will be the last 90 minutes left to play to advance to the group stage of the UEFA Champions League and have the opportunity to play one on one against the best teams of the old continent. It is all or nothing for both teams, the loser will go home empty-handed and the winner will have a place in the best club-level tournament.
1:11 PMa month ago

The Ferencváros vs Young Boys match will be played at The Groupama Arena, in Budapest, Hungary. The kick-off is scheduled at 15:00 pm ET.
1:06 PMa month ago