We hope you enjoyed the MLS All-Stars vs Liga MX All-Stars telecast of the 2021 edition of the All-Star Game. Keep checking back on VAVEL.COM for updates throughout the day.
11:49 PMa month ago

After 90 exciting minutes, MLS came away with the victory at the Banc of California Stadium defeating the LIGA MX all-star team.
Initially, the match started off very evenly with both sides making chances for both sides and a very comfortable pace for the spectators. However, it was with a great finish by Jonathan Rodriguez that the scoreboard opened in favor of Liga MX.
In the second half, with a corner kick, Murillo would tie the score at home and with his people, after that, the match lost intensity and everything was decided from the eleven penalty kicks where it was the MLS team who took the glory.

WE ARE GOING TO PENALTIES!

After a draw in 90 minutes, the match will be decided by penalty kicks.
11:26 PMa month ago

Pepi's dangerous shot goes over the crossbar.
11:22 PMa month ago

LAST 10 MINUTES! If there is no winner, there will be penalties.
11:14 PMa month ago

Alexis Vega missed the goal and his shot ended up in the corner.
11:03 PMa month ago

NAHUEL GÚZMAN'S SAVE! El patón saves the ball and avoids the lead goal for MLS
11:00 PMa month ago

This is how the equalizing goal for MLS was scored

Second half kicks off!

The first half is over at the Banc Of California Stadium.

Great save by Alfredo Talavera to get hold of the ball and avoid the first MLS goal
10:18 PMa month ago

Bou's shot inches past the post! Talavera just sees it go by.
10:13 PMa month ago

Bou offside! The play is disallowed.
10:10 PMa month ago

The goal for Liga BBVAMX was scored by Jonathan Rodríguez.

Dangerous cross via Jorge Sanchez ends in a corner kick for Liga MX
10:01 PMa month ago

Foul on Lucas Zelarayan by Matheus Doria!
9:54 PMa month ago

The match is paused! Homophobic shout appears and the referee asks the players to stop the actions according to the protocols.
9:49 PMa month ago

THE LIGA MX WAS SAVED! Rossi went off alone in front of Memo Ochoa and Jorge Sánchez saves on the goal line to prevent the first goal of the match.
9:44 PMa month ago

Long free kick for MLS after a foul on Raúl Ruidíaz!
9:39 PMa month ago

The match begins! The referee blows his whistle and the ball starts rolling on the pitch of the Banc Of California Stadium. Liga MX begins with possession of the ball.
9:29 PMa month ago

In a couple of minutes we will start with the first all-star duel between the Liga MX All Stars and the MLS All Stars, a historic encounter that will take place in Los Angeles, California!

The goal is in good hands!

The Liga MX goalkeepers are already warming up on the pitch of the Banc of California Stadium, even though Guillermo Ochoa will start the match, the three goalkeepers of Mexican football will be well protected with the great quality of goalkeepers called by the Peruvian Juan Reynoso.

The first starting eleven is ready! 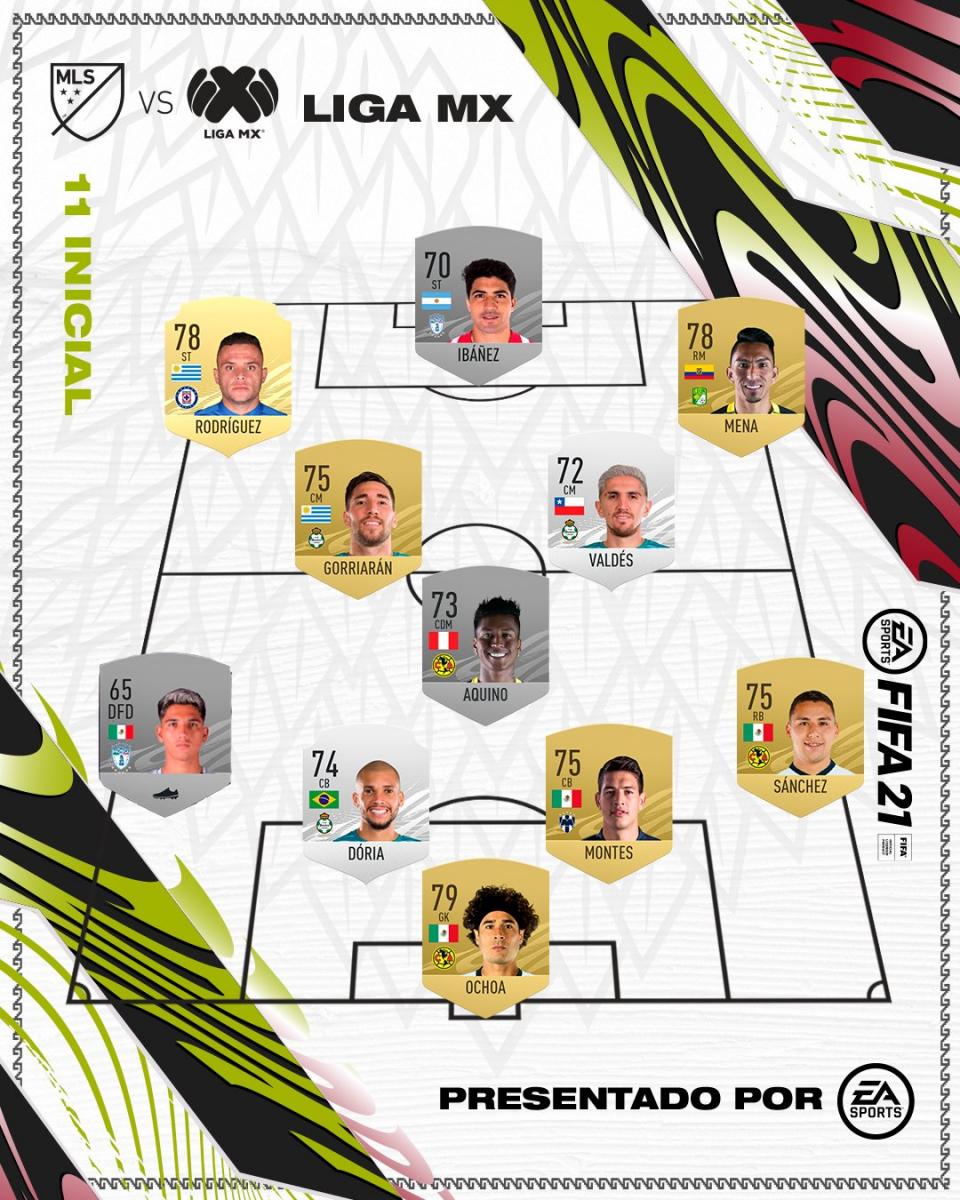 Minutes before the start of the all-star duel, Head Coach Bob Bradley sends out the star player of the Angelina team, Diego Rossi, to start in the starting eleven! Cade Cowell is sacrificed.

LAST ONE AND WE'RE OFF!

The team that represents 18 clubs from the same league, the best men in Liga MX, have already taken to the field to warm up, fine-tune details and start warming up for the start of the match.

How many players did each Liga MX team contribute?

A 100% Mexican made jersey, with the Liga MX shield highlighted on the white jersey, accompanied by a design on the front that forms an Aztec warrior and on the sides a tricolor band that represents the identity of the national soccer. 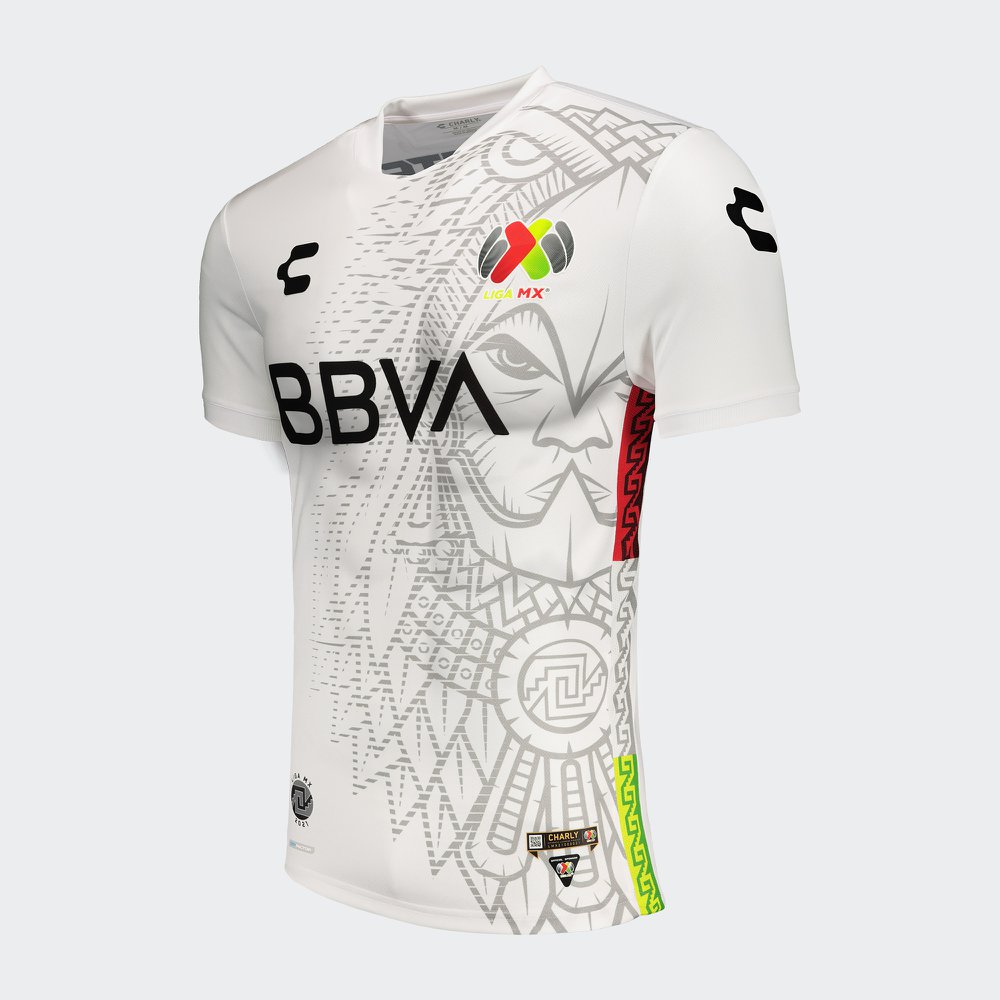 The MLS will wear a very elegant jersey based on the black color, highlighting the MLS shield by the grayscale, has three diagonal lines at the top of the left shoulder and small stars on the front that together form arrows that make the design more eye-catching. 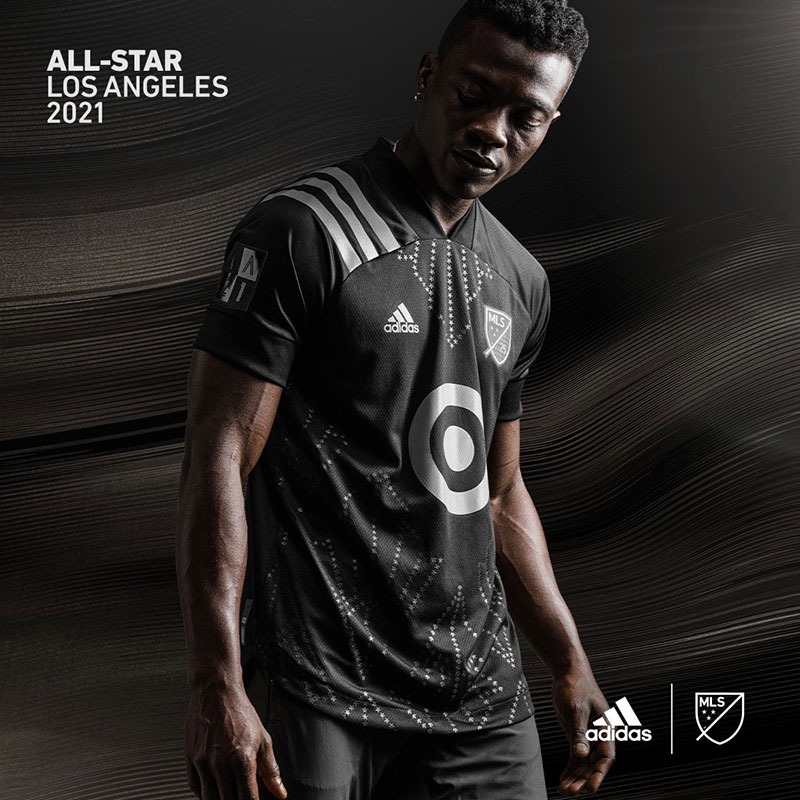 Liga MX players are already getting ready in the locker room to put on their armor and face their neighboring rivals.

Who has the most expensive stadium?

In terms of infrastructure, MLS has a clear victory, as it boasts the Mercedes Benz Stadium, which has a capacity for 72,000 spectators and its construction required an investment of approximately 1.5 billion dollars. Meanwhile, Liga MX boasts the Steel Giant, a stadium located in Monterrey, Nuevo Leon, which has a capacity of 51,000 spectators and cost an investment of 200 million dollars. 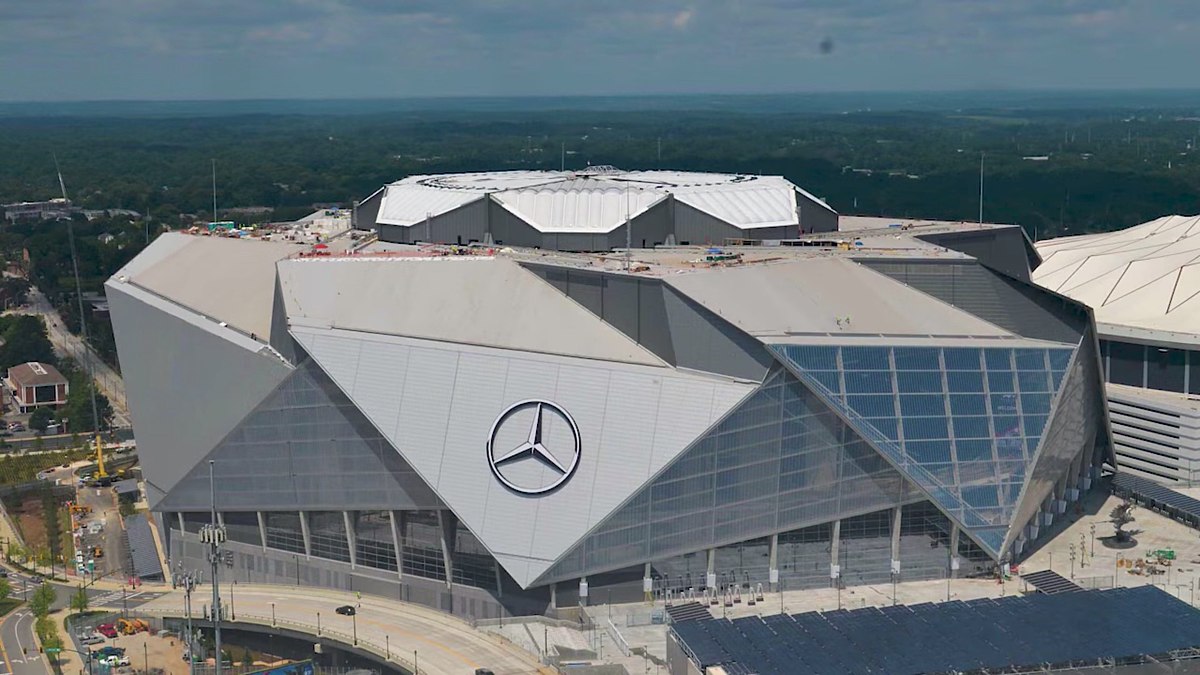 The fans are starting to arrive!

Little by little, the stands of the Banc of California Stadium begin to fill with Liga MX supporters, today the Mexican league is united regardless of the color of the team they support.

What happened yesterday at the All Stars Skills Challenge?

The activity began on Tuesday with the rivalry between Mexican and U.S. soccer putting some of their top talents to the test in the Skills Competition, which consisted of five challenges in which Liga MX came out on top with a tight 3-2 win over MLS.
8:29 PMa month ago

These will be the eleven men who will start the first all-star match between MLS and LIGA MX. The appearances of Zimmerman, Zelarayan, Joao Paolo and Raúl Ruidíaz stand out. 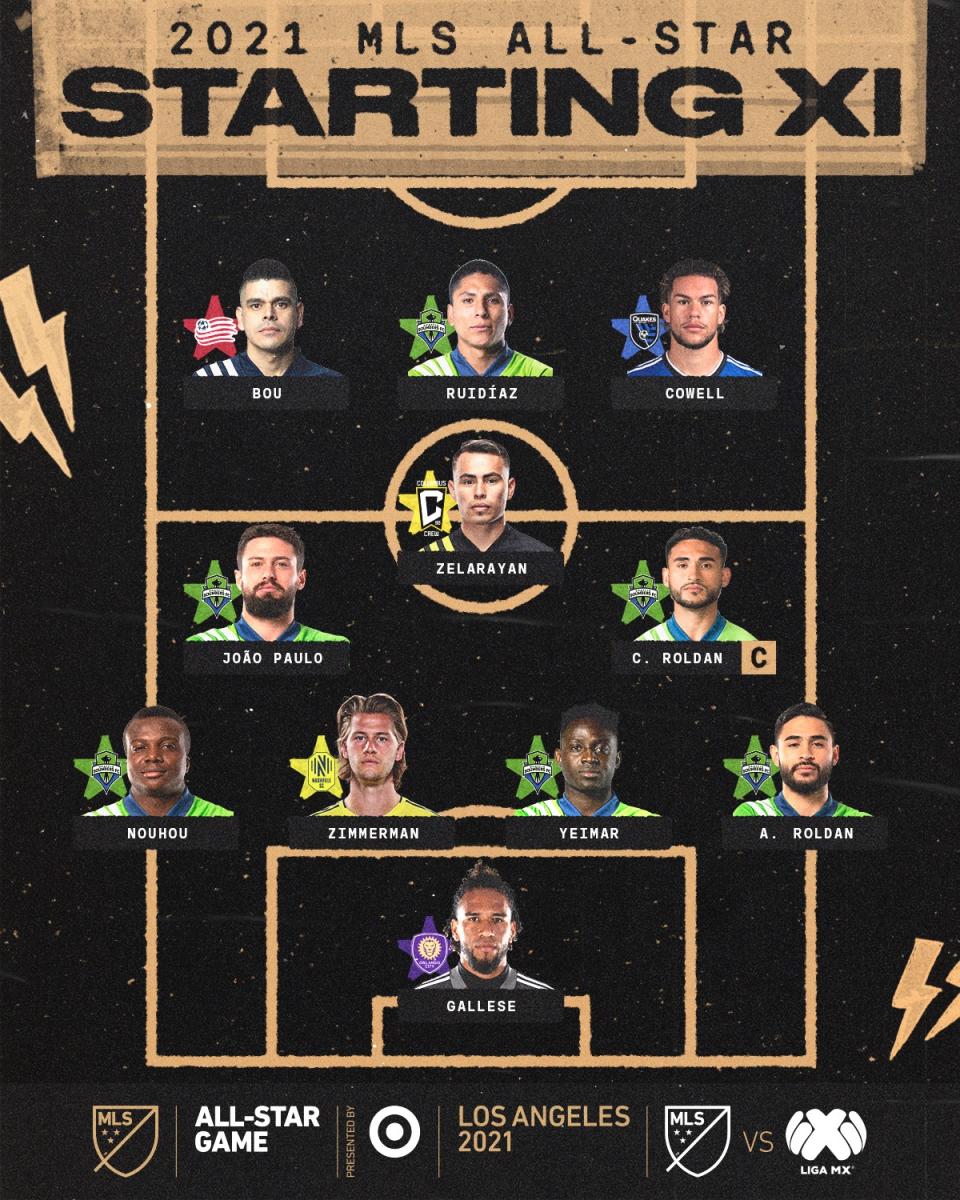 The MLS All-Star team is already at the Banc of California Stadium to face the corresponding duel against Liga MX.

Who was the last champion in MLS and LIGA MX?

In the Mexican League, Cruz Azul was the last champion of the tricolor football after ending the drought of titles and getting its ninth star in the mythical Azteca Stadium after almost 25 years of not winning the League. On the other side, it was Columbus Crew who became champion of Major League Soccer 2020, after finishing 3rd in the Eastern Conference and beating New York Red Bulls, Nashville SC, New England Revolution and Seattle Sounders in the play-offs in the final.
8:14 PMa month ago

The differences between MLS and Liga MX!

It is worth remembering that Diego Rossi has been called up to play in this edition of the All-Star duel, which is totally the opposite of Frenchman Florian Thauvin.

The clock has run out, the long awaited match has finally arrived, today the best of Liga BBVA MX will face the best of MLS. This is a historic match as it will be the first time that both leagues will play an all-star game.

The match will take place at the Banc of California Stadium, a venue that currently has a capacity of just over 22,000 spectators and is home to Los Angeles FC.

The president of Liga MX, Mikel Arriola, sent his congratulations to the members of the Liga MX team that defeated MLS 3-2 yesterday in the Skills Challenge.

After Nahuel Guzmán left Rogelio Funes Mori with his hand outstretched yesterday, the Argentines recorded themselves to greet each other and show that they get along well.

Do not miss a detail of the match with the live updates and commentaries of VAVEL. Follow along with us all the details, commentaries, analysis and lineups for this MLS All Stars vs Liga MX All Stars match.
7:49 PMa month ago

What time is MLS All Stars vs Liga MX All Stars match for All Stars Game?

This is the start time of the game MLS All Stars vs Liga MX All Stars of 25th August in several countries:

The current member of the Mexican soccer champion and player who won bronze with the Olympic team, Luis Romo, will be one of the most important players that Liga BBVA MX will have in its first all-star game. The midfielder, originally from Sinaloa, has played 53 games in La Liga with La máquina, has scored 8 times, assisted 13 times and played a total of 4,583 minutes in the maximum circuit.  Currently, he is one of the best players in the midfield and one of the most important elements in the national team, so throughout these 90 minutes, Luis Romo could be the player who tips the balance in favor of the Liga MX's star team. 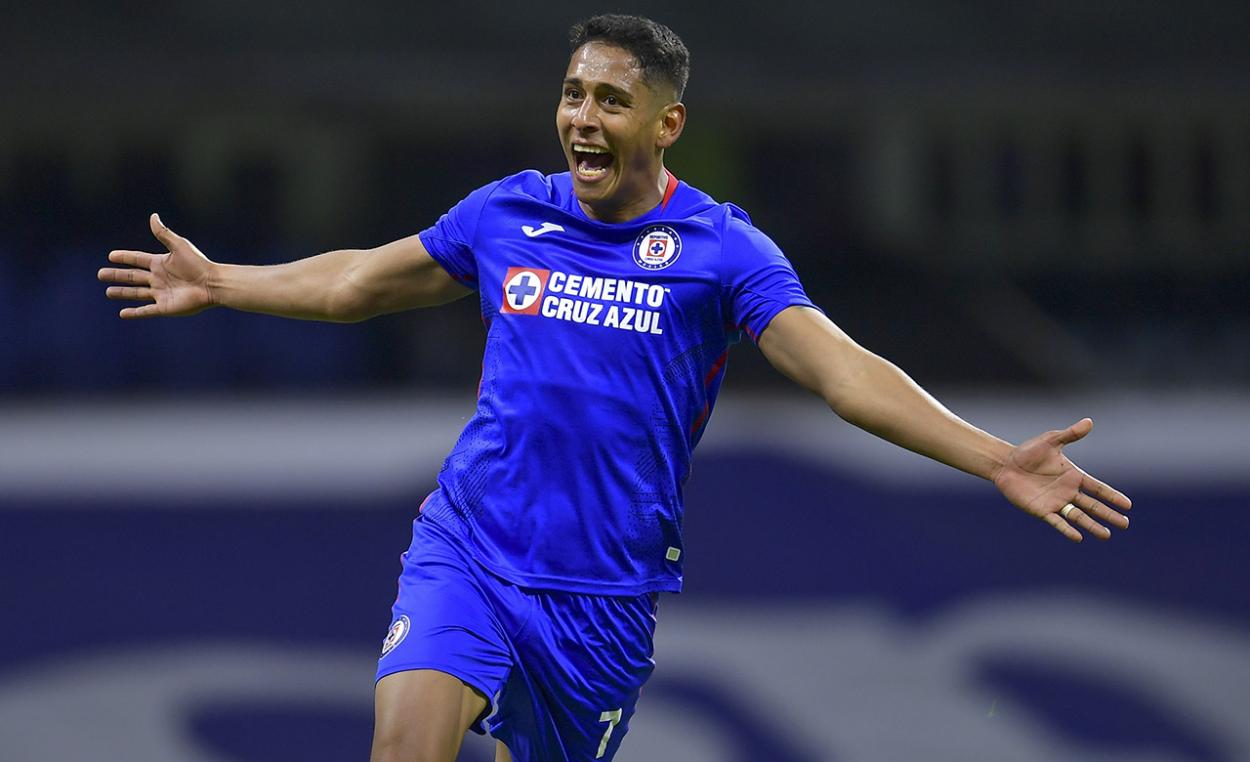 Raul Rui Diaz will be the player to follow in this match, the Peruvian has scored more than 50 goals since he arrived in Seattle, 14 of which correspond to the current campaign and is one of the fundamental pieces of Schmetzer in each of his matches, so throughout these 90 minutes he could break the net at any time. Likewise, the Peruvian has a past in Liga MX when he played for the now extinct Monarcas Morelia team, where, as in his current team, he was one of the best strikers in the championship. 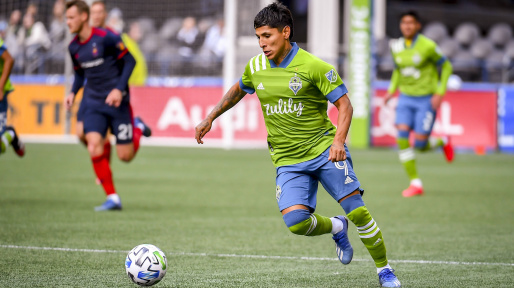 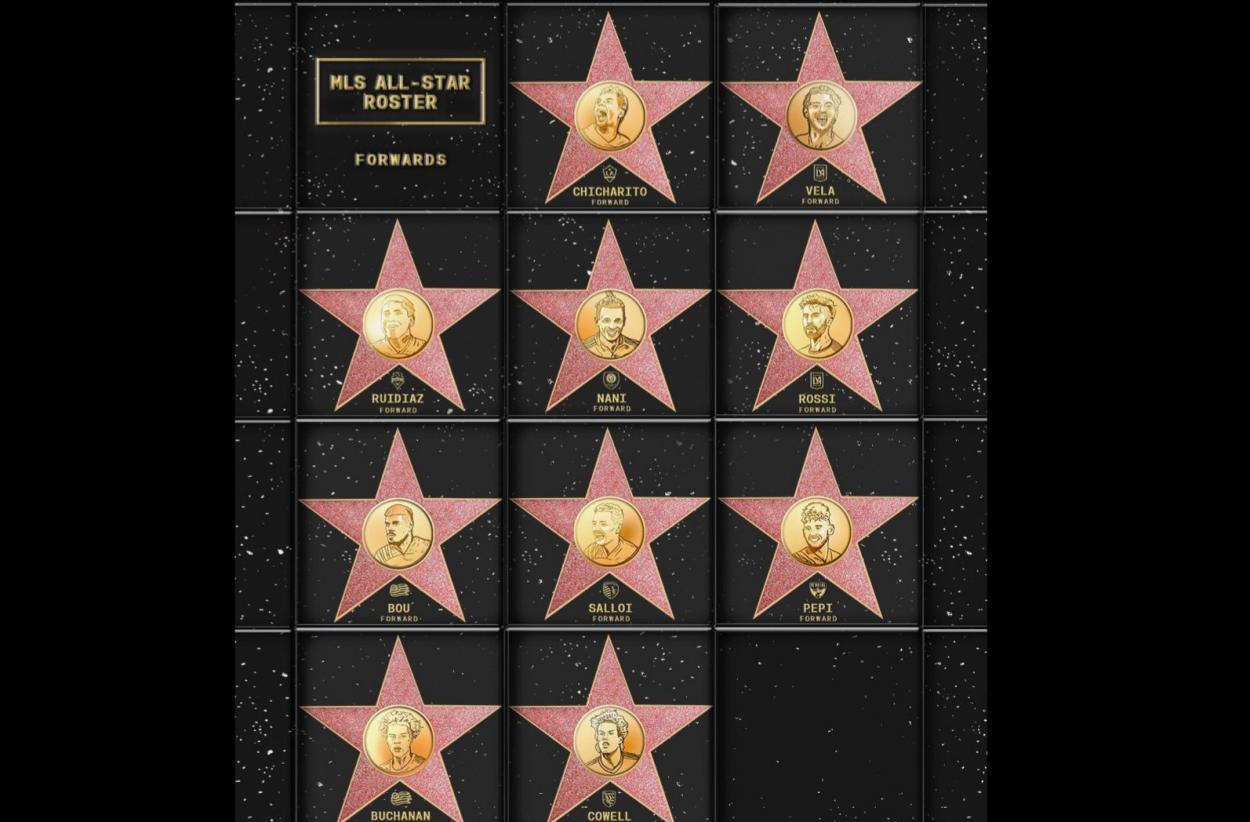 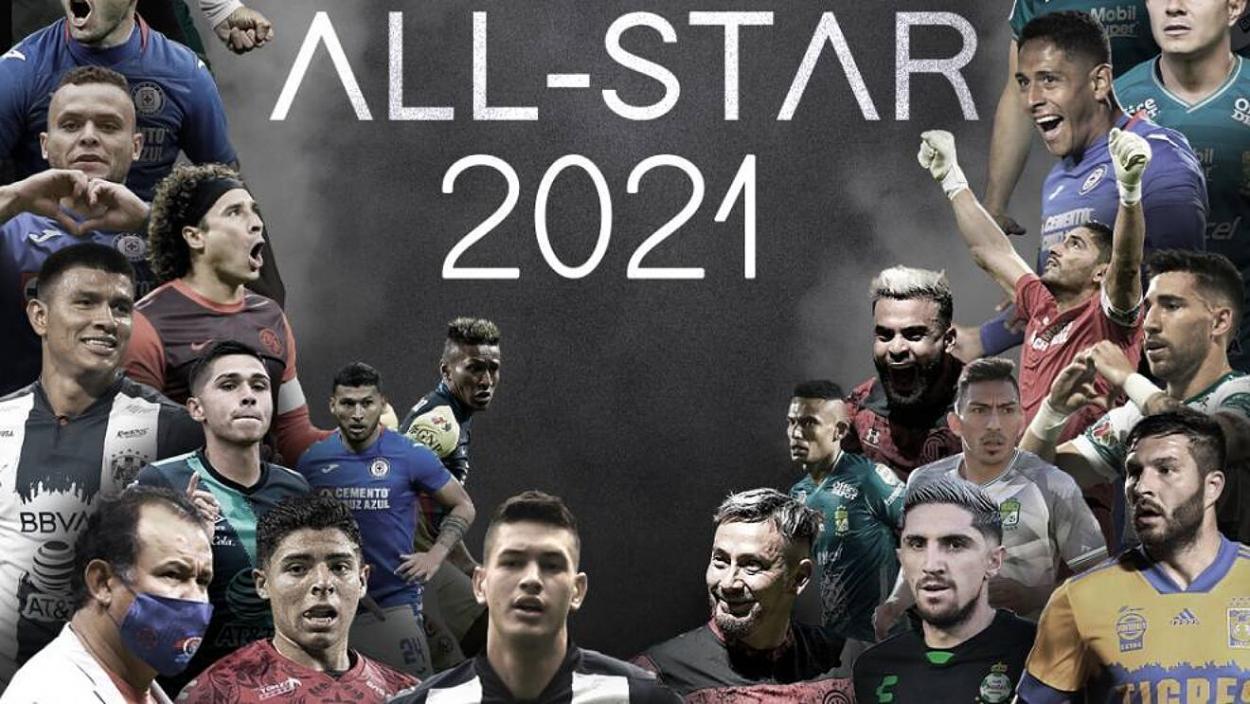 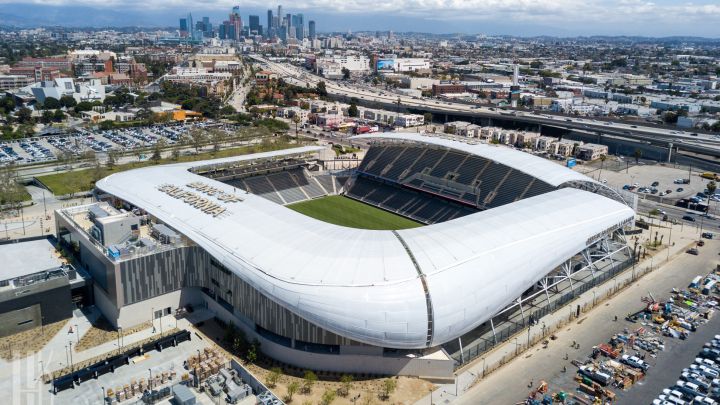 The usual mission, to demonstrate superiority

The closest thing to this all-star game has been the numerous CONCACAF Champions League clashes between Liga MX and MLS teams, most of which have ended with the Mexican teams either in the final or as champions of the tournament. With the context of what happened in the CONCACAF Nations Leagues and Gold Cup, the mission of Juan Reynoso and his companions will be to go out on the field and demonstrate that, on a sporting level, Liga MX will always be the best option to choose. 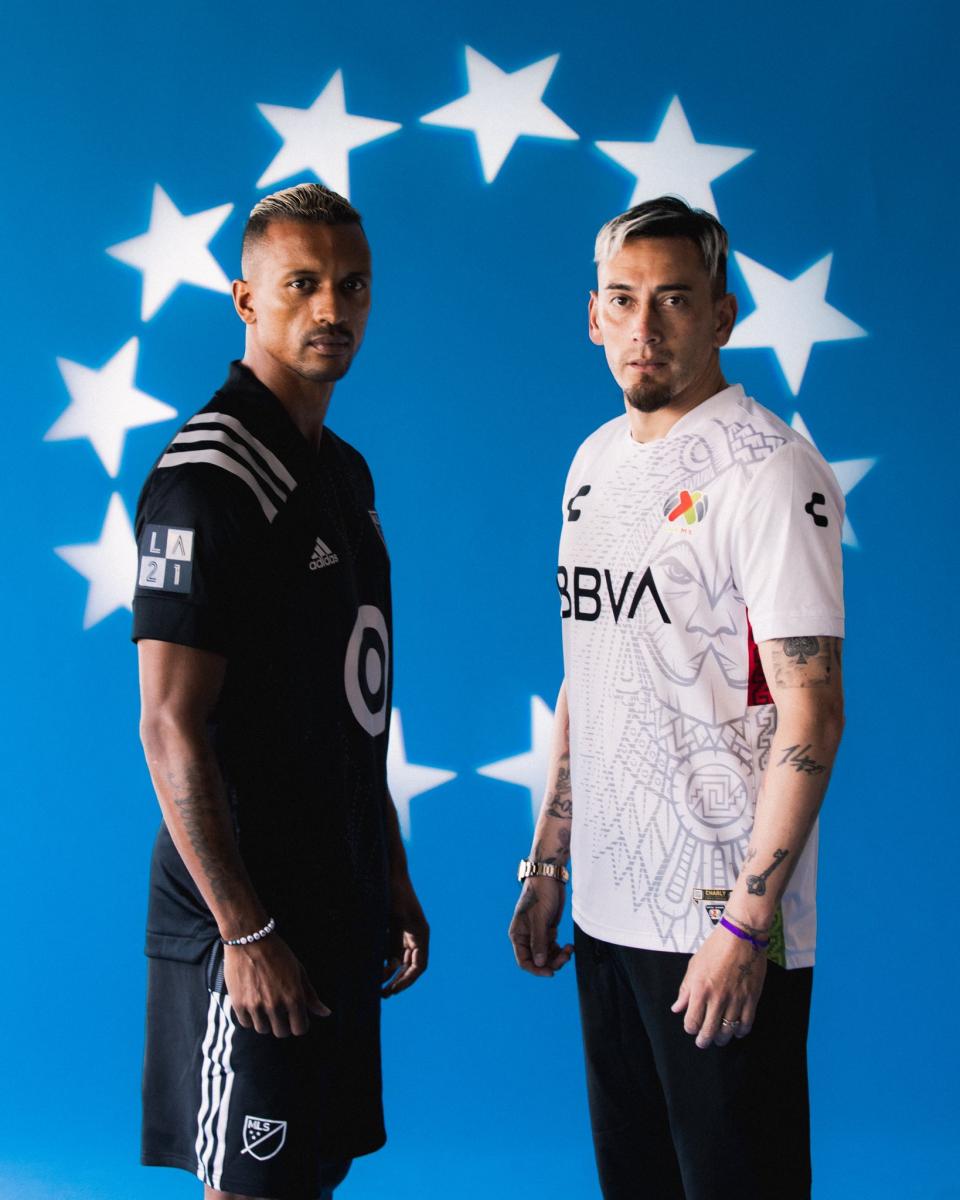 In search of the revelation

MLS is a league that has been growing steadily in recent years and in all aspects; in sports, structurally, economically and in its executive organization. It is enough to simply compare how much the value of the squads has grown since 2011 and how many new first-world venues have joined the league. Also, the number of players interested in playing in the neighboring championship is increasing, including some Mexican compatriots such as Jürgen Damm, Alan Pulido, Carlos Fierro or La "chofis" López. This will be the perfect opportunity for the MLS to give a blow on the table and show that their men can already beat ours.

For the first time in history, the best men of MLS will face the best representatives of Liga MX in a duel that dates back to the first CONCACAF Champions League and the creation of the Leagues Cup, with the objective of demonstrating who has the supremacy in the region. Finally the debates and questioning about who is better than the other will come to an end, this time it will be the players who will speak on the field and in 90 minutes of matches will decide who is the winner of this historic duel, however, one thing is forbidden for both teams; defeat.

The MLS All Stars vs Liga MX All Stars match will be played at The Banc of California Stadium, in L.A, California. The kick-off is scheduled at 21:30 pm ET.
6:54 PMa month ago

Welcome to VAVEL.com’s LIVE coverage of the 2021 All Stars Match: MLS All Stars vs Liga MX All Stars!