It's over!!! Dinamo fails to come from behind and out of Champions League group stage
4:46 PMa month ago

Menale's shot but the goalkeeper avoids the score.
4:42 PMa month ago

Cross sent out of bounds by the visiting defense
4:34 PMa month ago

Goal...! It's cancelled! The referee disallows Dinamo's goal, Orsic scores the first of the evening.
4:32 PMa month ago

Change of Dinamo. Cop comes out and Deni Juric takes his place.
4:21 PMa month ago

Ristovski was encouraged to shoot from outside the box, but Athanasiadis kept the ball without any problems
4:20 PMa month ago

Close! Petkovic fires a shot, but the ball ends up going wide.
4:18 PMa month ago

Ristovski filters the ball, but Arboleda gets in the way, preventing the ball from entering the area with danger.
4:16 PMa month ago

Change of Sheriff. Momo Yansane is substituted by Castañeda.
4:07 PMa month ago

The second half gets underway at the Maksimir
3:48 PMa month ago

The first part is over! The match remains goalless, but Sheriff has the advantage on aggregate.
3:46 PMa month ago

Can't get enough! Petkovic tries to score with a penalty kick, but fails to make a good impact with the ball.
3:44 PMa month ago

Petkovic gets up for a header inside the box, but the ball misses the target.
3:38 PMa month ago

Costanza's header from Costanza's cross, but Livakovic is attentive to keep the ball out of his net.
3:33 PMa month ago

Kolovos arrived with danger, but the referee flagged offside.
3:26 PMa month ago

Thill's shot, but the defense covers the ball well.
3:22 PMa month ago

Dinamo tries to weave a dangerous move, but fails to enter Athanadiasis' area.
3:14 PMa month ago

Orsic sends a shot on goal, but the ball goes over.
3:13 PMa month ago

A through ball for Cop, but Arboleda attentively clears the ball out of play.
3:08 PMa month ago

Goalkeeper! Petkovic's header but Athanasiadis clears the ball with a hand
3:05 PMa month ago

Thill's shot, which is in front of the goal, but goes wide.
3:01 PMa month ago

Of their last 18 matches played, Dynamo have won 14 of them, and in eleven of these matches they have kept their goal intact, leaving a great illusion for their fans.
2:49 PMa month ago

The fans have already arrived at the Maksimir stadium, ready to enjoy a great match, where they hope their team will come back and qualify for the group stage.
2:44 PMa month ago

Krznar talked about whether he would like to decide the match from the penalty spot: "From this perspective, I wouldn't. I think we can solve this sooner. To sign an extension, I would. But, penalties ... They're still a lottery."
2:39 PMa month ago

What lessons it leaves

Damir Krznar stated about what he learned from the first meeting against Sheriff: "It may sound a bit strange for someone, but it is essential to close approaches to our goal. That was our problem in Tiraspol. Regardless of everything, the first task is not to concede a goal, but also to go on the attack with one player, two extras. We should "take" the depth and prevent Sheriff's deadly counter. When I say that we have to take care of the defense, do not misunderstand me as a "bunker". We have to go extremely offensive. We will show that with our team, but we should not neglect the defense phase. That's the mistake that happened to us in Tiraspol. There has to be a balance between defense and attack, but I guarantee that we will play attacking the whole game".
2:34 PMa month ago

Both teams are already at the venue of the match, it will be of great importance what will happen in the course of the match to see if Sheriff will keep their advantage or Dinamo will come back.
2:29 PMa month ago

Both Sheriff and Dinamo have their jerseys ready for the second leg of the match that will define who will qualify to the group stage. 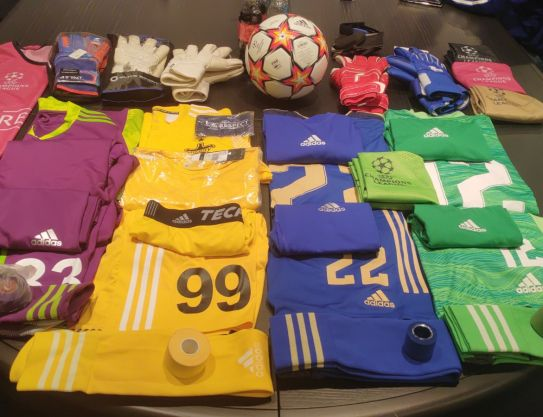 This is what the tunnel that leads the Croatian team to the pitch looks like, a great match is expected this afternoon, will Dinamo be in the lead? 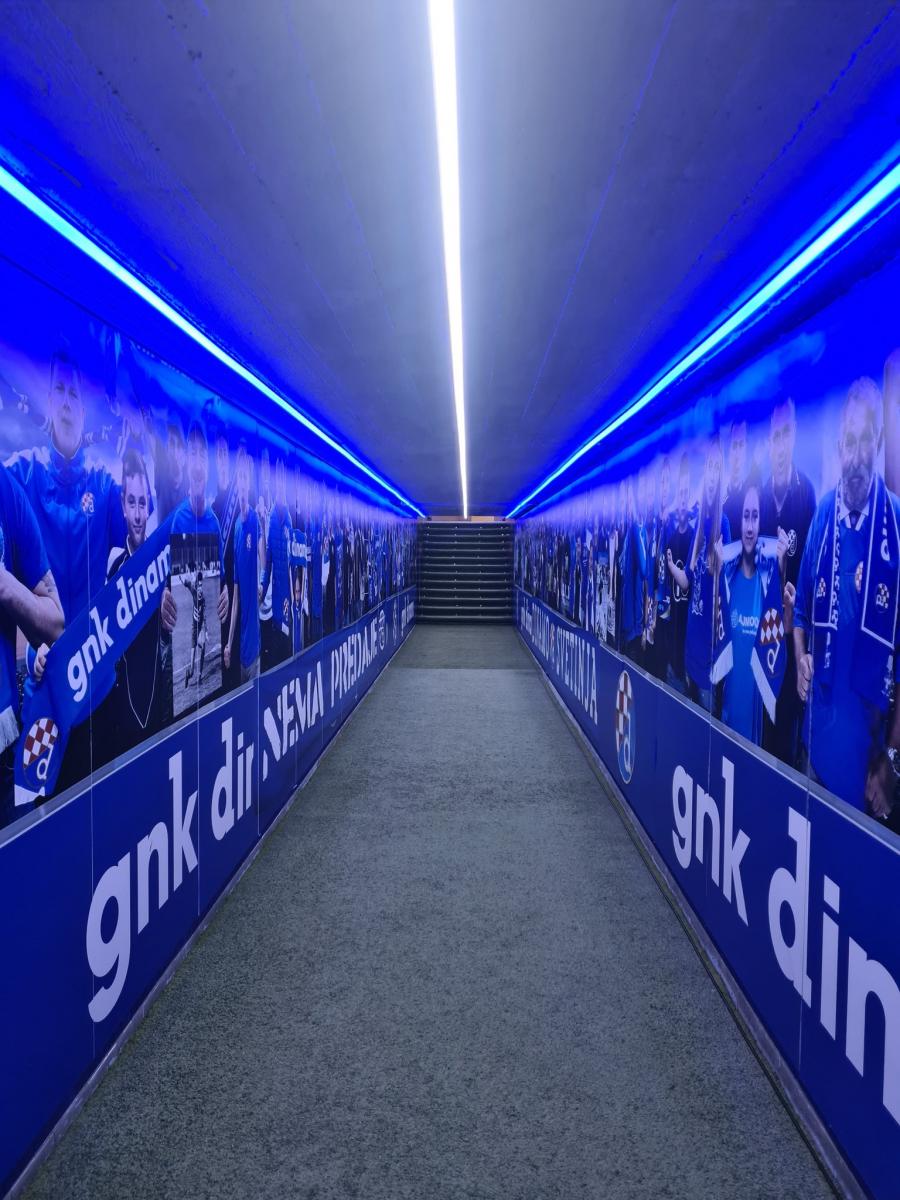 In a few moments we will share with you the Dinamo Zagreb vs Sheriff live starting lineups, as well as the latest information from the Maksimir Stadium. Keep an eye on the action with VAVEL's minute-by-minute live online coverage.
2:14 PMa month ago

How to watch Dinamo Zagreb vs Sheriff Live Stream on TV and Online?

If you want to watch the game Dinamo Zagreb vs Sheriff live on TV, your options is: Paramount+.

If you want to directly stream it: Streaming services and Paramout+ app.

What time is the match Dinamo Zagreb vs Sheriff in Champions League?

This is the kick-off time of Dinamo Zagreb vs Sheriff match on August 25, 2021 in various countries:

Damir Krznar, coach of the Croatian side stated: 'The most important thing is that we all, regardless of the difficulties with the composition, believe that this team has the strength, energy and knowledge to reach Tiraspol. I believe that we can reach a positive result in this match, which leads us to the Champions League. In sport everything is possible, especially in soccer, it has been proven many times. After all, we have proved it in the recent past, and that is one of the moments when we are building optimism. I really believe that we can leave the stadium with our hands up'.
1:59 PMa month ago

Sheriff surprised every fan of this competition by beating Dinamo in the first leg. Adama Traoré with two goals and one more by Dimiris Kolovos made their fans dream about a possible Champions League. 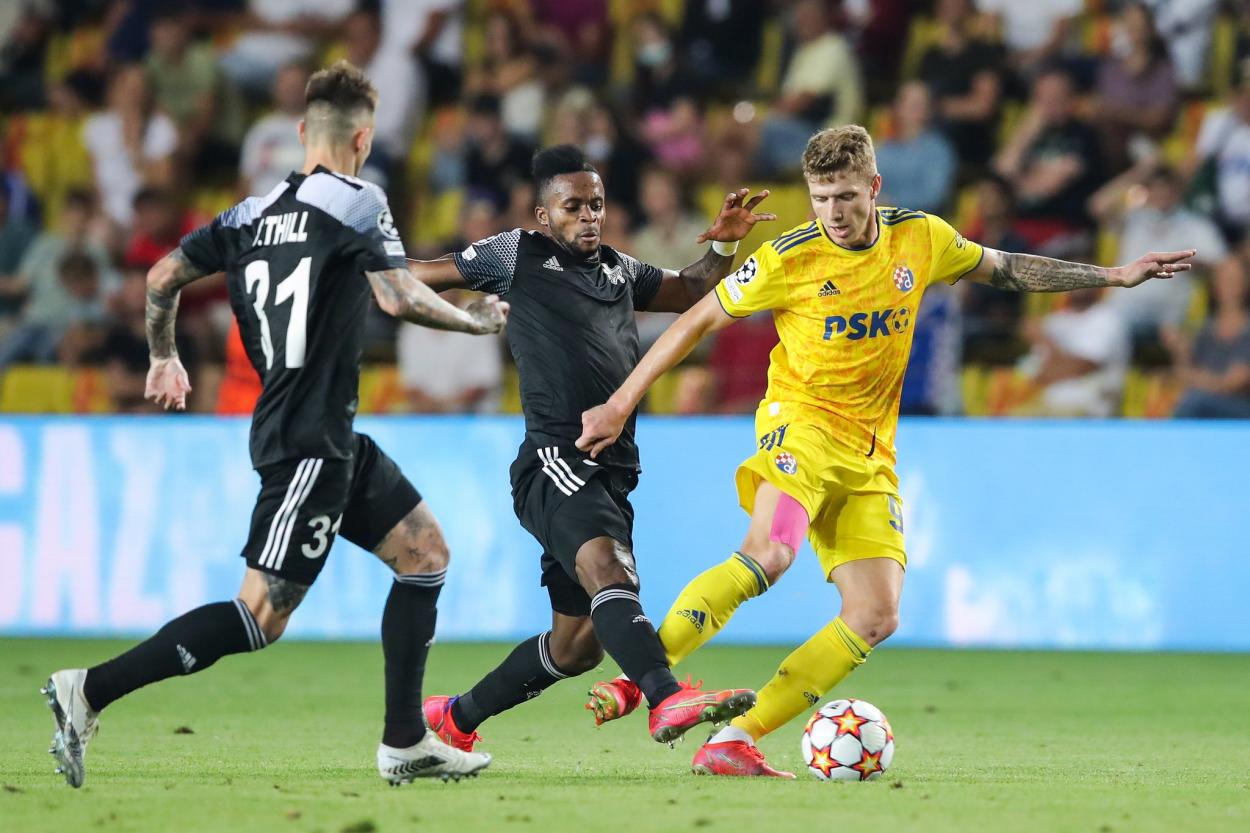 Sheriff was supported by their league and all their matches were postponed in order to have more focus and preparation for their match against Dinamo, in order for the team to make history and qualify to the group stage of the Champions League.
1:39 PMa month ago

They come from winning!

Dinamo Zagreb won their match in Liga Hrvatski Telekom Prva against Lokomotiva with a goal by Mislav Orsic. The Croatian team is in fifth place and has 10 points. 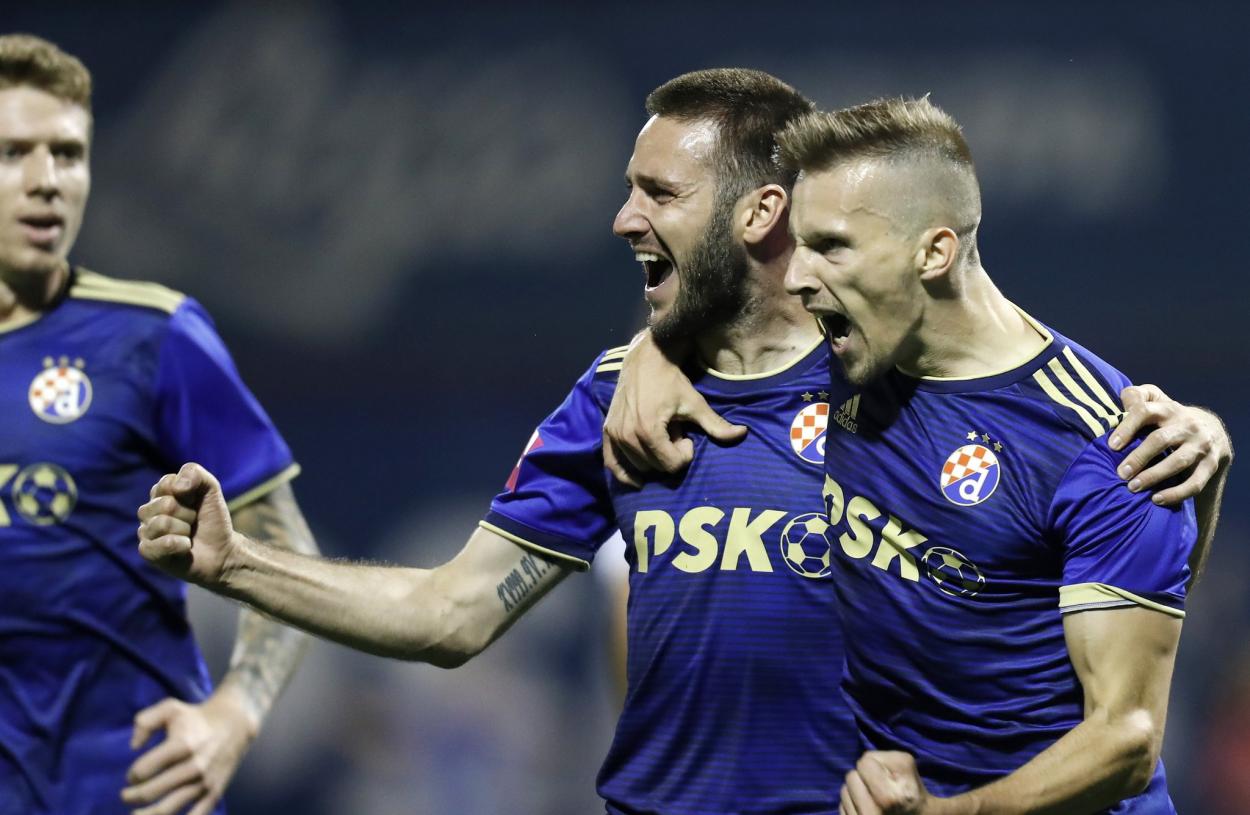 The match will be played at the Maksimir Stadium.

Dinamo Zagreb vs Sheriff match will be played at Maksimir Stadium in Zagreb, Croatia with a capacity of 35,123 people. The match will have a percentage of their fans, however it will not be the full house and there will be no spectators from the opposing team.