Goal, Mazatlan goal! Giovanni Oliveira takes advantage of a rebound and shoots into Barovero's goal to score the second.
9:52 PM22 days ago

Goalkeeper! Great performance by Vikonis to prevent Bilbao from sending the ball into the back of the net.
9:46 PM22 days ago

Change of Mazatlan. Néstor Vidrio and Emilio Sánchez are replaced by Jesús Zavala and Sagir Arce.
9:43 PM22 days ago

Close! A header from San Luis, but Vikonis is attentive to prevent the play from growing and keeps the ball out of the net.
9:26 PM22 days ago

Mazatlan changes. Carlos Vargas and Brian Rubio are out and Salvador Rodríguez and Jorge Padilla are in.
9:18 PM22 days ago

Excellent play by Oliveira, but the visitors' defense was attentive and prevented any further danger.
9:09 PM22 days ago

The second half kicked off in Mazatlan, with only San Luis making one change.
9:08 PM22 days ago

At the end of the first forty-five minutes, the score was tied at one goal with two penalty kicks, one on each side.
8:51 PM22 days ago

PENALTY!!! The silvante Escobedo sees a foul by García on Colula and does not hesitate to signal a penalty kick.
8:47 PM22 days ago

Goal, goal for San Luis! Germán Berterame shoots from the penalty spot to give the visitors the lead.
8:38 PM22 days ago

Penalty!!! The referee marks Gonzalo Freitas' handball inside the area and awards the penalty kick
8:35 PM22 days ago

Chavez's long distance shot, but Vikonis manages to deflect the ball and prevents it from falling into his net.
8:33 PM22 days ago

Few emotions in the match in almost thirty minutes of play.
8:26 PM22 days ago

Sanabria takes a heavy blow, but after being assisted, continues in the match
8:15 PM22 days ago

Quite a disputed encounter, with arrivals from both teams, but without clear danger.
8:07 PM22 days ago

Rubio's shot at goal, but it is underpowered and way off target
8:01 PM22 days ago

The fans are already entering the stadium ready to witness one more game of the Apertura 2021, hoping to see their team win.
7:51 PM22 days ago

Both teams are already warming up for the start of this duel, an attractive match is expected.
7:32 PM22 days ago

It should be remembered that neither Camilo Sanvezzo nor Richard Ruíz will be able to play for the local team for this match.
7:31 PM22 days ago

The visiting team is also already at the Kraken, ready to face Mazatlan and look for the three points.
7:27 PM22 days ago

There have only been two meetings between Mazatlan and San Luis, with one win each side. Tonight, both will seek to break the historic tie between the two teams.
7:22 PM22 days ago

The locals, with Beñat at the helm, are already present at the Kraken, ready for another day of action
7:17 PM22 days ago

In a few moments we'll share with you the starting lineups for Mazatlan vs Atletico San Luis live, as well as the latest information from the Estadio Kraken. Stay tuned to VAVEL's minute-by-minute live online coverage of the match.
7:12 PM22 days ago

How to watch Mazatlan vs Atletico San Luis Live Stream on TV and Online?

If you want to watch the game Mazatlan vs Atletico San Luis live on TV, your options is: TUDN.

Prior to their trip to Mazatlán, Marcelo Méndez spoke to the media: "It is a very tough tournament where it has been difficult for all the rivals to win, the game has been even and we are among those teams that have had a hard time winning, we are working to obtain a positive result".

"The team is fine, obviously we have made mistakes, we are working to improve it and there is a predisposed squad, self-criticism exists and it is important to realize the mistakes and grow".
"The time change is not by chance, everyone will take advantage if they can, even though the time of the match has been changed, we are going with the same conviction to get the win".

Jorge Padilla spoke prior to this match: "We are calm, improving in each match, the last game was complicated by the expulsion and the penalty, those two important factors, we showed great soccer and we would have had a favorable result against a big team like Tigres".
"It's a great opportunity we have tomorrow, San Luis is one of the best teams in the tournament, they have great statistics, it's a new team, to what they had last semester and it's a great opportunity."
"They are a very difficult team, it is a clear opportunity to win, what better to beat this competitive club, to be able to face the next extremely important commitments, let's hope that with our work we can emerge victorious tomorrow."
6:57 PM22 days ago

To keep up the pace

Atletico San Luis arrives after a scoreless draw against the current champion, Cruz Azul, and has accumulated two wins, two draws and one loss, showing a good start to the Apertura 2021. 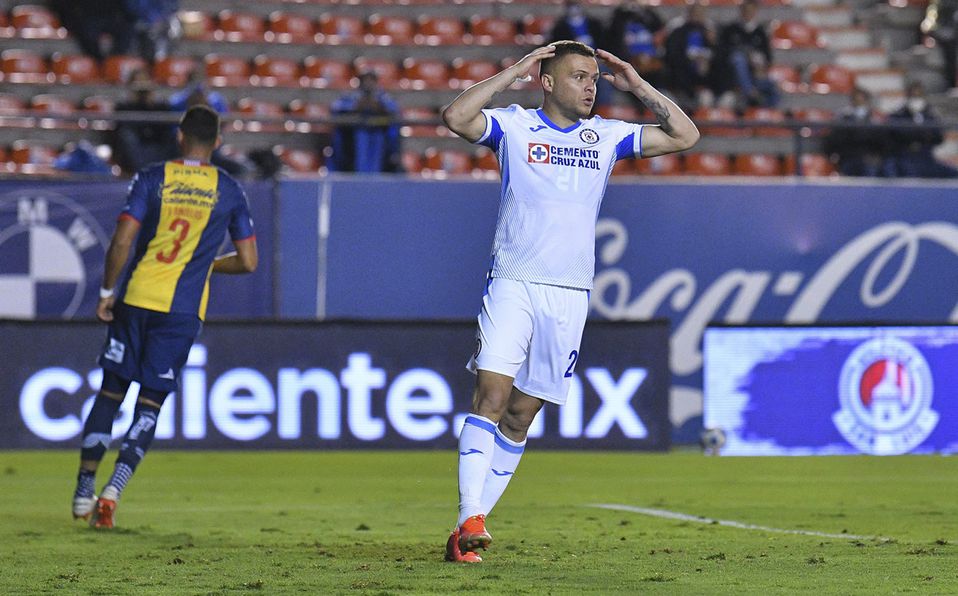 Mazatlan arrives after losing to Tigres at the Universitario stadium by three goals to zero, where, in addition to losing by a landslide, Mazatlan lost two of its starters for this match. Camilo Sanvezzo and Richard Ruíz were sent off for inappropriate tackles against Tigres players and will miss this match. 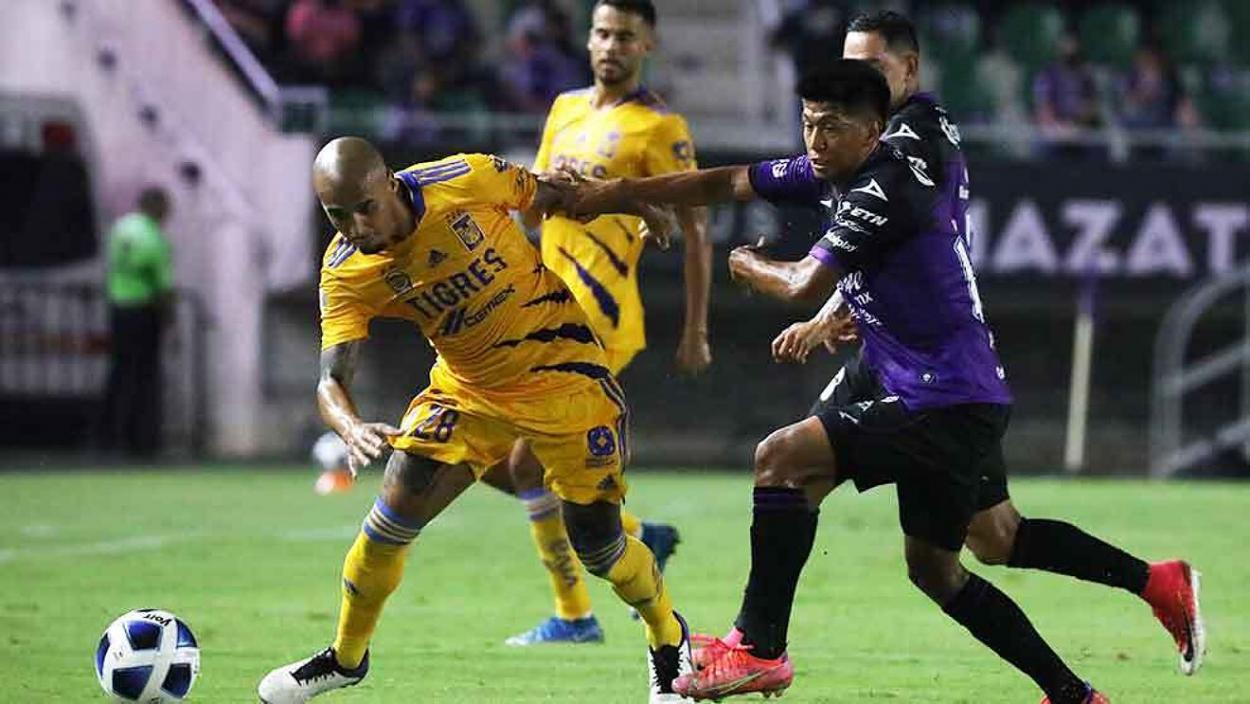 The game will be played at Kraken Stadium.

The Mazatlan vs Atletico San Luis game will be played at the Morelos Stadium located in Mazatlan, Sinaloa; with capacity for 20,195 people. The match will be attended by a percentage of the fans, however, it will not be a full house; in addition, it is important to remember that vaccination certificates are required to enter the stadium. 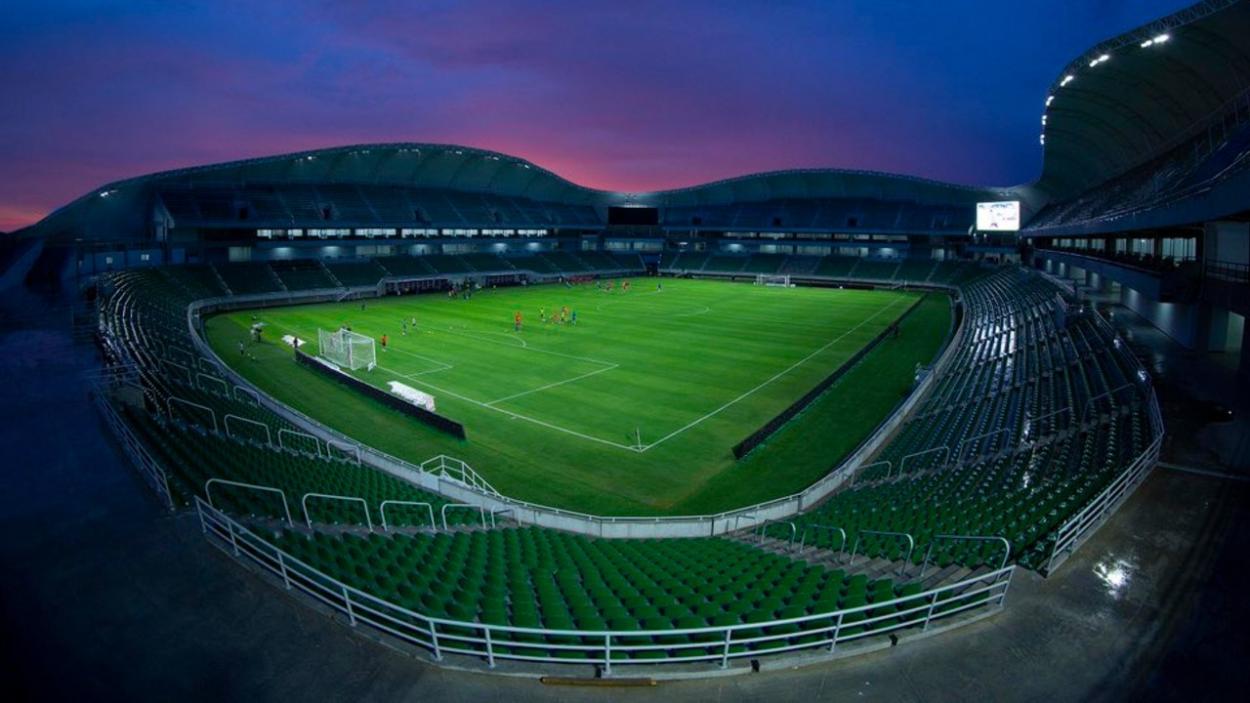 CF Montréal vs Chicago Fire preview: How to watch, kick-off time, team news, predicted lineups, and ones to watch 8 hours ago