Thanks for tunning in!

Thanks for following the minute by minute of the duel between Celta and Athletic Bilbao, the video summary will be available soon.
12:57 PMa month ago

It's over! The game ends and Athletic wins its first away game of the season.
12:54 PMa month ago

Uff! Zarraga's clearance prevents Athletic from getting a foothold in the rival's area.
12:50 PMa month ago

Great intervention by Williams, preventing Celta from shooting in the area.
12:48 PMa month ago

Goalkeeper! Villalibre fails to shoot in time and the keeper saves well to prevent the second.
12:45 PMa month ago

Double change for Athletic. Mikel Vesga and Asier Villalibre are substituted by Dani García and Iñaqui Williams.
12:43 PMa month ago

Goalkeeper! Great save by Dituro who ends up taking the ball away from Iñaqui Williams who can't get a shot on goal.
12:42 PMa month ago

They couldn't! Araújo crosses, Aspas counter-attacks, but the defense is well stopped at the back and avoids the equalizer.
12:39 PMa month ago

Service for Mina, who plays back for Aspas, but the player is slow to shoot and misses the surprise.
12:29 PMa month ago

Double substitution by Athletic. Nico Williams and Oier Zarraga are substituted by I. Muniain and Unai Vencedor.
12:23 PMa month ago

Double change of Celta. Franco Cervi and Fran Beltrán are substituted by Denis Suárez and Nolito.
12:23 PMa month ago

A dangerous cross from Mallo, but Simon keeps the ball without any problems.
12:15 PMa month ago

Great atmosphere at Balaídos, the crowd cheering on their team to get ready for the match.
12:10 PMa month ago

VAR! IT IS DISALLOWED! The referee disallows the goal after a foul by Berenguer on Denis Suárez.
12:09 PMa month ago

Athletic's goal! Berenguer's cross and Williams finishes alone inside the area to increase the advantage.
12:05 PMa month ago

Good through ball from Nolita to Mina, but the latter stumbles inside the area and fails to finish.
12:04 PMa month ago

The action restarts in Vigo, Spain, Celta will be looking for a comeback.
11:48 AMa month ago

At the end of the first half, the visitors lead by the minimum at the break.
11:45 AMa month ago

Lekue, who ends up preventing Nolito from finishing in his own area.
11:44 AMa month ago

Good play by Galán for Méndez, but the latter fails to control the ball.
11:43 AMa month ago

The visitors cross, but Aidoo is attentive to keep the ball out.
11:41 AMa month ago

Uff! Aspas' cross for Méndez, the latter sends in a header but the ball ends up wide.
11:34 AMa month ago

Athletic Bilbao goal! Aidoo's mistake that ends up winning Sancet, he serves to Williams and the latter launches an excellent shot into the box and beats Dituro.
11:33 AMa month ago

Nolito's cross that the home team's attack does not manage to finish because the ball ends up bouncing off Vencedor.
11:29 AMa month ago

Williams' service for Sancet, but the latter does not have a good impact with the ball.
11:27 AMa month ago

Mallo's cross reaches Mina, but he doesn't give good direction to his header and the ball goes wide.
11:23 AMa month ago

Aspas's half-turn, but he fails to hit the ball well and then is flagged offside.
11:18 AMa month ago

Close! A great save by Martínez, who gets his foot in and deflects the ball that Nolito can't finish off.
11:13 AMa month ago

Nolito's cross, but the Bilbao defense ends up making contact with the ball before a teammate can get to it.
11:10 AMa month ago

Iago Aspas's shot, but the ball ends up going sideways
11:07 AMa month ago

Actions kick off at Balaídos
11:06 AMa month ago 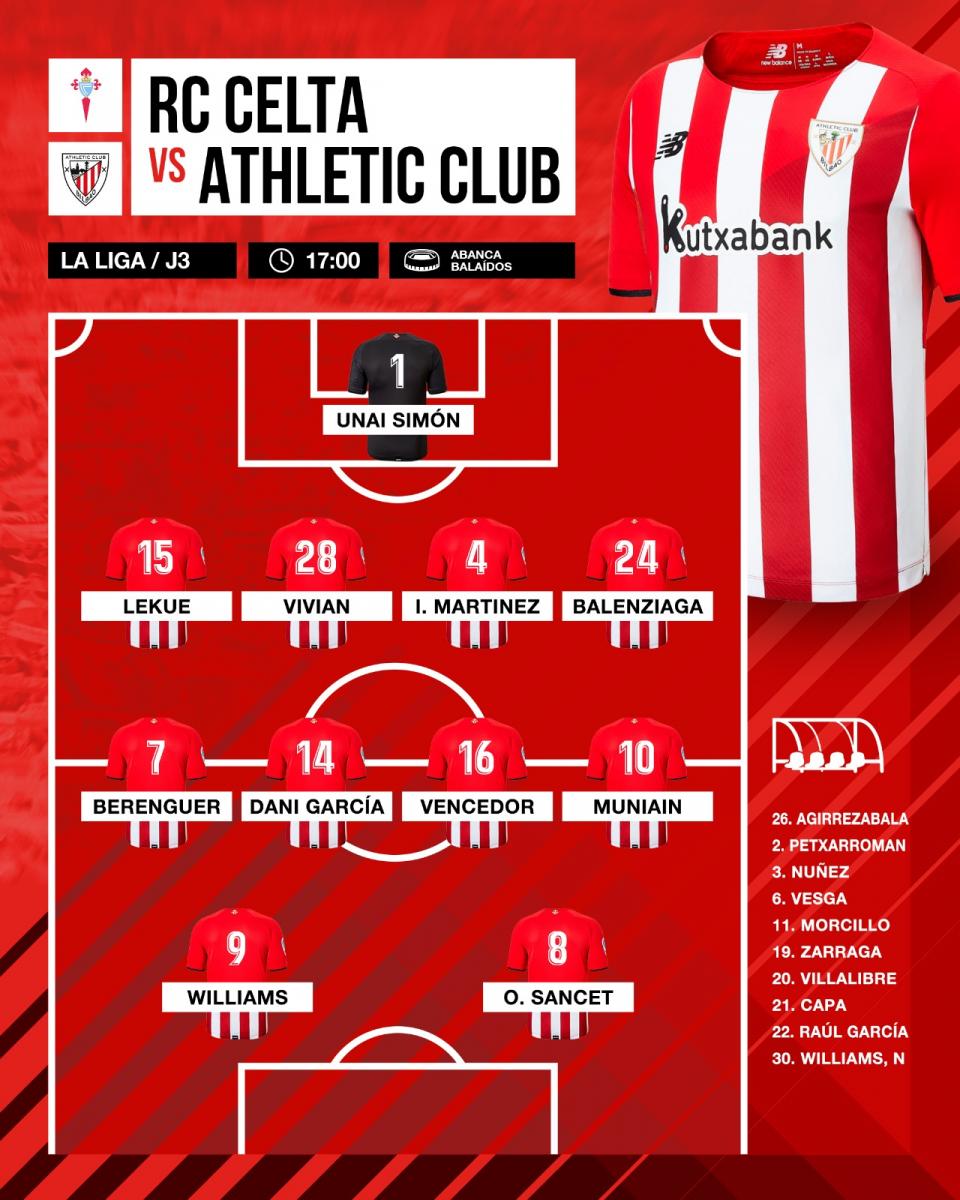 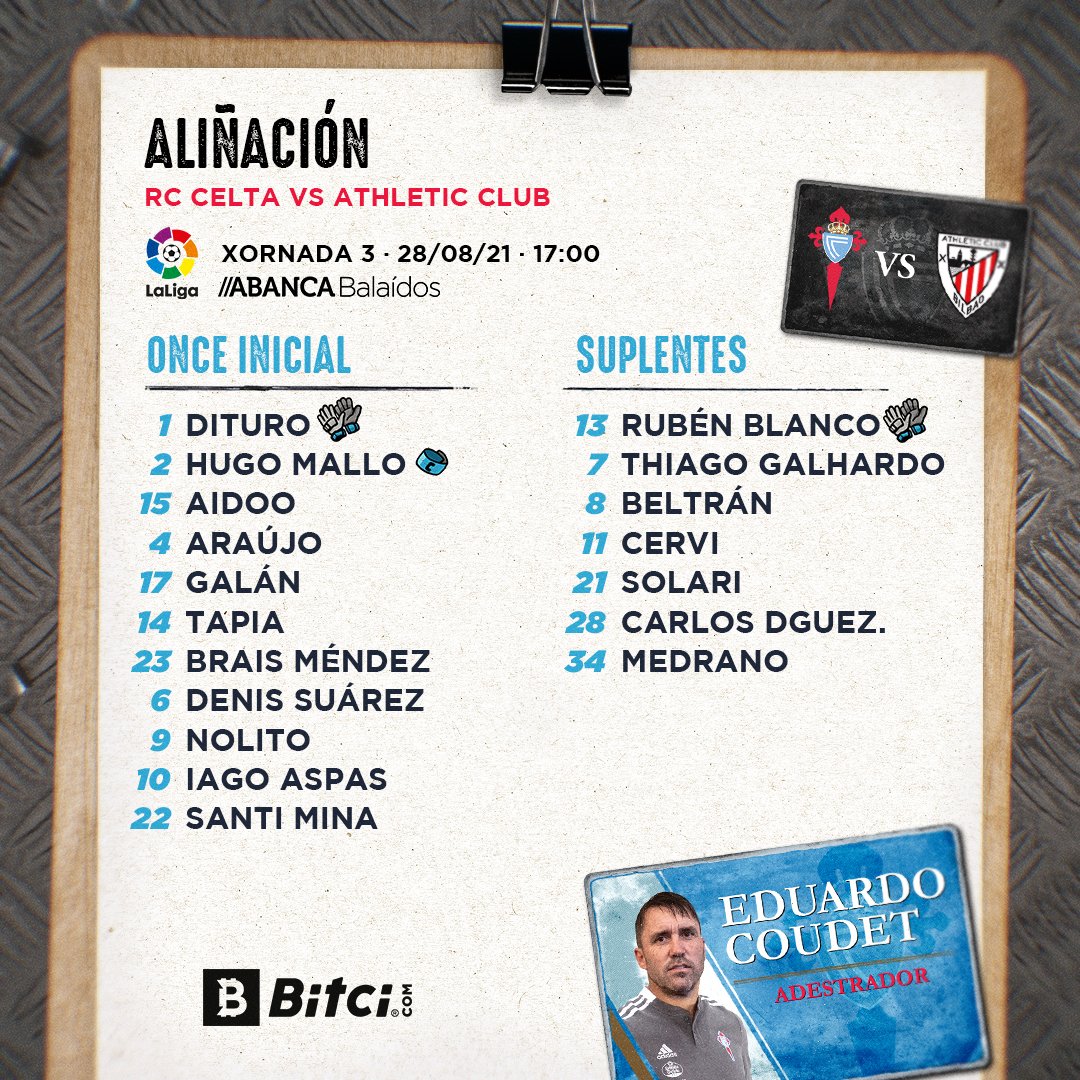 Both teams are already on the field, warming up before kicking off the match.
10:46 AMa month ago

Athletic have lost their last three away games without scoring in them.
10:44 AMa month ago

Celta has won six of the last seven matches against Basque teams in this competition; the last one against Real Sociedad was a 2-1 victory.
10:41 AMa month ago

This is the last four consecutive matches Athletic have not lost in this league, however; the last seven of their previous nine they have lost.
10:36 AMa month ago

Both Celta and Athletic are already at the stadium, ready to play their third duel of this season in LaLiga.
10:31 AMa month ago

Eduardo Coudet spoke before the match: "I hope the fans demand the maximum from the first minute".
10:26 AMa month ago

In a few moments we will share with you the Celta de Vigo vs Athletic Bilbao live starting lineups, as well as the latest information from the Balaídos Stadium. Keep an eye on the action with VAVEL's minute-by-minute live online coverage.
10:21 AMa month ago

How to watch Celta de Vigo vs Athletic Bilbao Live Stream on TV and Online?

If you want to watch the game Celta de Vigo vs Athletic Bilbao live on TV, your options is: ESPN.

Unai Simón, goalkeeper of the Bilbao team who recently joined the training sessions, spoke to the media: "It has been a beautiful and long season in which I have been able to compete at the highest level, in which I have lived beautiful and not so beautiful experiences. Day by day, you improve, both in soccer and emotionally. I made gross mistakes, knowing what they entailed, and that makes you mature and become a better person psychologically."

"The games I've seen have been with a lot of rhythm, except for the St. Gallen 1879 game, which was the first one. It's very easy to identify the style of play we want to set. It has already been seen against Elche and Barça. The team has a lot of ambition and the desire to win games.

"Julen and Jokin push me. Both of them. We are lucky at Athletic to have three goalkeepers of that level. I'm going to give 100% to play every week. We know how complicated it is to get goalkeepers for the professional divisions. All those who come from below come with great projections."

"If we play the games with the ambition we have shown we have, I see this team playing and fighting for Europe with the big teams in LaLiga."

Athletic Bilbao comes to this duel after drawing in the first two matchdays, the first one against Elche with zero goals and the second one against Barcelona with one goal. The team coached by García Toral will be looking for their first victory in this match. 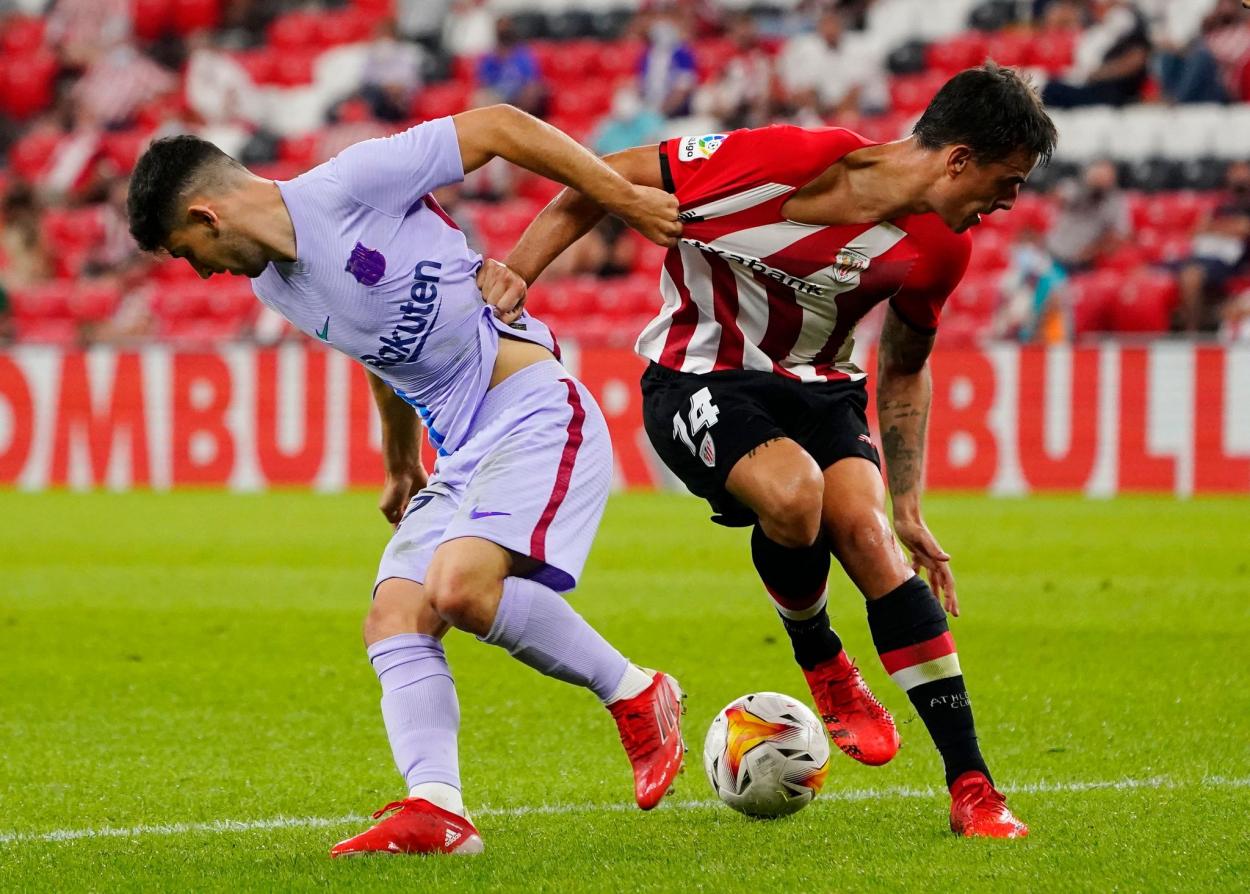 For the first victory

Celta arrives after a scoreless draw against Osasuna and a draw against Atlético de Madrid with a score of two goals to one; for the team led by Coudet, Iago Aspas scored. The team is in 16th place. 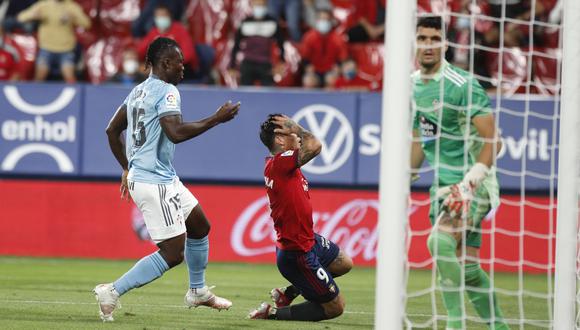 The match will be played at Balaídos Stadium.

The Celta de Vigo vs Athletic Bilbao match will be played at the Balaídos stadium located in Pontevedra, Spain; with capacity for 29,000 people. The match will have no fans and will be the return of the fans to the stadium. 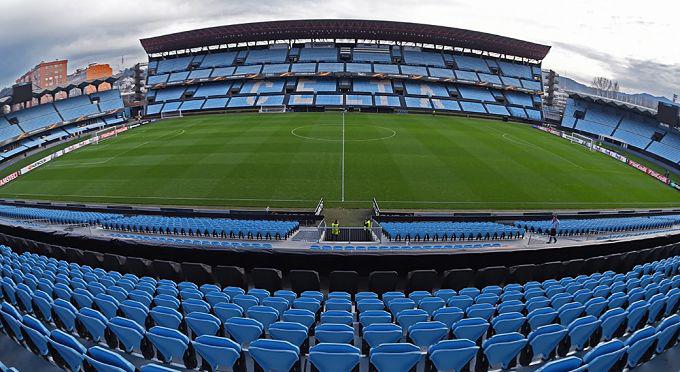